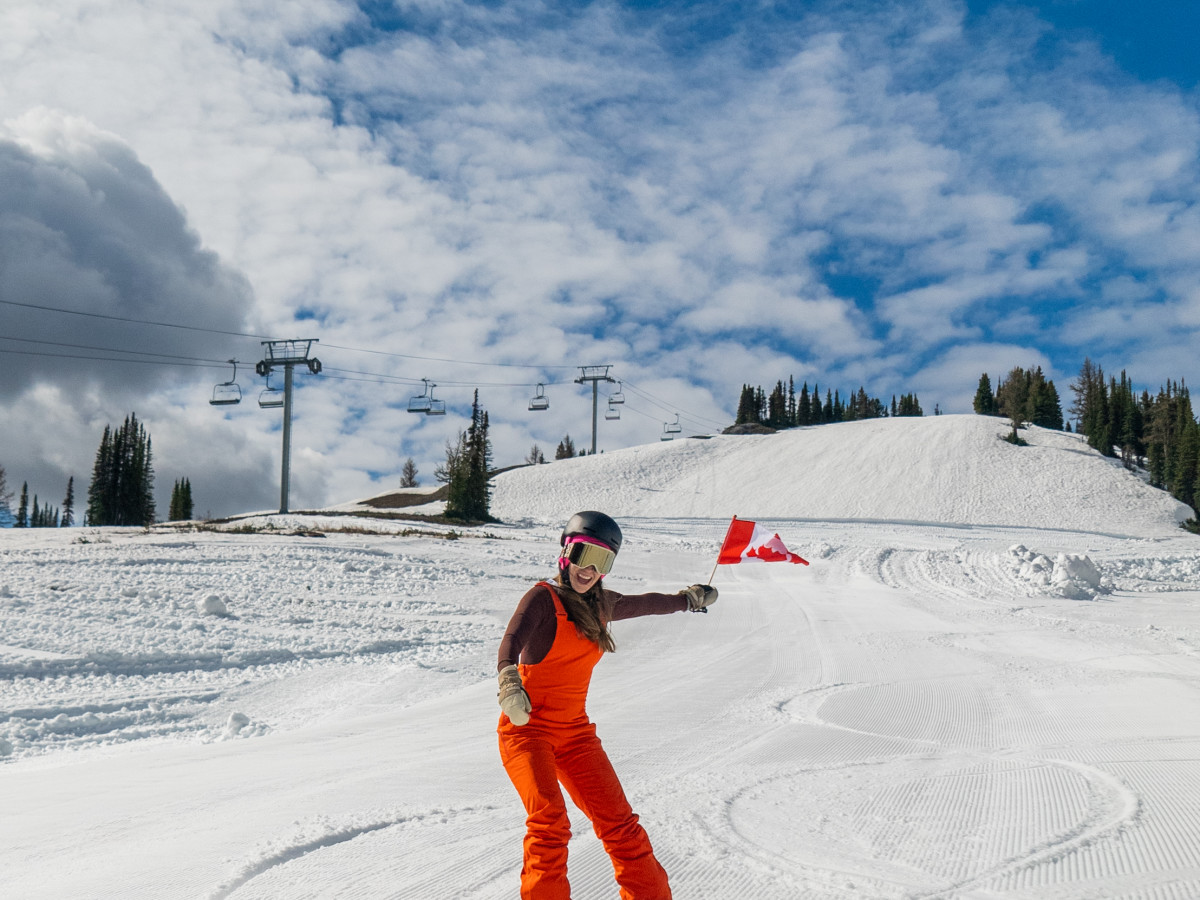 With over 900cm (355”) falling during the 21/22 season and an abnormally cool and snowy spring that enhanced the summer snowpack, the crew at Banff/Sunshine Village have decided to reopen the Strawberry Express lift through the upcoming Canada Day weekend. Sunny mornings will make way for afternoon cloud and showers on Fri. & Sat. with more showers likely for closing day on Sunday (3 July).

LOGISTICS: Banff/Sunshine Village reopened this past Tuesday (28 June) and will stay open daily through the Canada Day weekend, closing on Sunday the 3rd of July. This is the first time since 1991 that B/SV has reopened to skiing/riding over the Canada Day holiday. The only lift spinning will be the Strawberry Express Quad that will serve several groomed runs. A small terrain park will be open for the parkies. I’ve been told that upper mountain touring, skinning, or skiing off-piste anywhere is prohibited based on Parks Canada’s environmental guidelines. Forecasts below are for Sunshine Village elevations 2000m to 2400m.

Canada Day (Friday): Mix of sun and cloud during the morning, with increasing cloud cover for the afternoon hours. A 10% chance of an afternoon shower. Morning freeze levels will be quite high at 3200m, so it will get slushy out there by mid-morning. It could be a roll-on wax kind of day. Morning low temp at 0900 around 8C, with an afternoon high of 13C at 2200m. Light W/SW winds.

Saturday: Instability increases somewhat for Saturday under a SW flow. Saturday morning will be mainly cloudy with some sunny spells. By early afternoon the daytime heating will bring better chances (30%) of afternoon showers. Morning low temps in the Village at 0900 will be around 7C with afternoon highs at 2200m of 14C. Morning freeze levels – summer levels, at 3600m. Light to moderate W/SW winds.

Sunday: A trough of low-pressure will infiltrate the region from the W/SW with mostly cloudy skies prevailing through the morning hours. I think it will stay dry for most of the day with showers and thunderstorms developing around 1300 Sunday afternoon. Chances of showers, around 60% at 1300, increasing to 75% by 1500. Heavier rains possible under hit and miss thunderstorms. Morning low temp at 2200m of 5C, with a high temp at 2200m of 11C. Morning freeze levels 3500m.  Light and variable East winds, except higher under thunderstorms. See you in November!

*Mt Norquay  CLOSED for the Season

Marmot Basin –    CLOSED for the Season

Castle Mountain –CLOSED for the Season

Nakiska CLOSED for the Season

Pass Powderkeg – CLOSED for the Season

Previous Daily Snow 4 months ago
No need to refresh! As an All-Access subscriber, receive the daily snow by email.