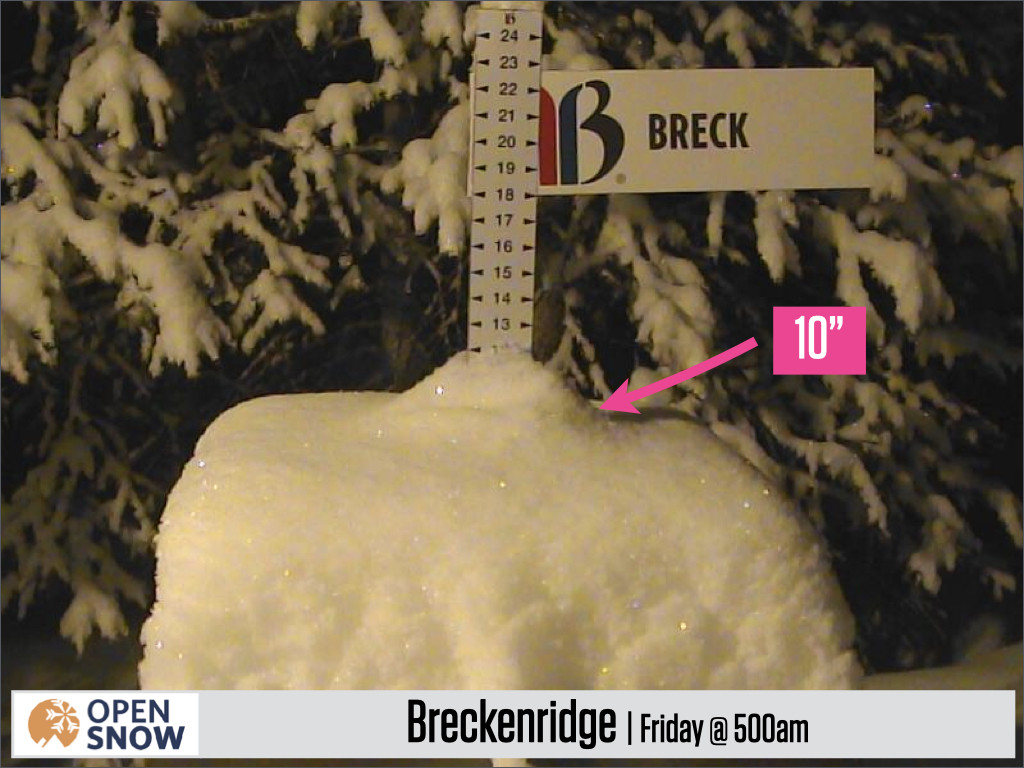 Moderate to intense snow fell between Thursday midday and Friday morning resulting in 3-11 inches at open mountains across northern and central Colorado. Friday morning should be fun thanks to this new snow. On Friday and Saturday, there will be additional accumulations focused on the southeastern and southern mountains. Then another storm will bring snow later Monday and Monday night.

The storm delivered on Thursday afternoon and Thursday night with widespread moderate snow totals and a few amounts in the double digits. Below are snow totals based on snow stake cams: 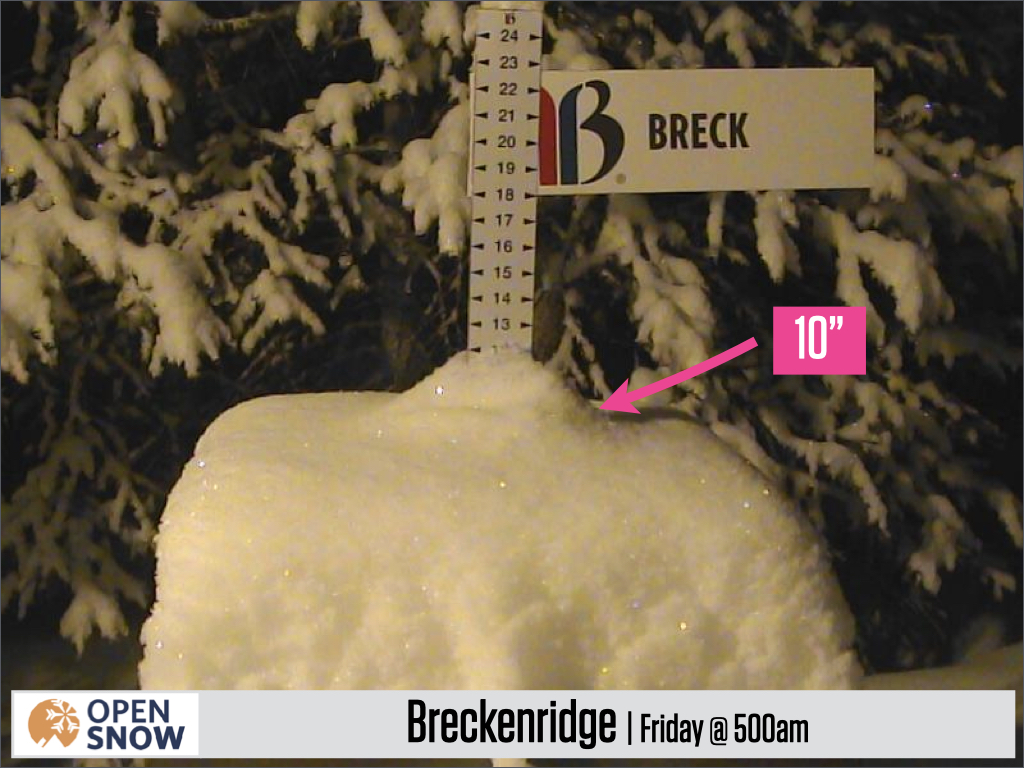 Almost all of the snow fell after lifts closed on Thursday afternoon, which means that it'll be fresh to enjoy on Friday morning. The goal will be to find places where you can't feel the bottom crunch. This should be doable at areas with double-digit totals and on groomed runs at areas with lower totals.

For the rest of Friday, expect snow showers through the day, especially near the divide and south to the eastern part of the southern mountains. 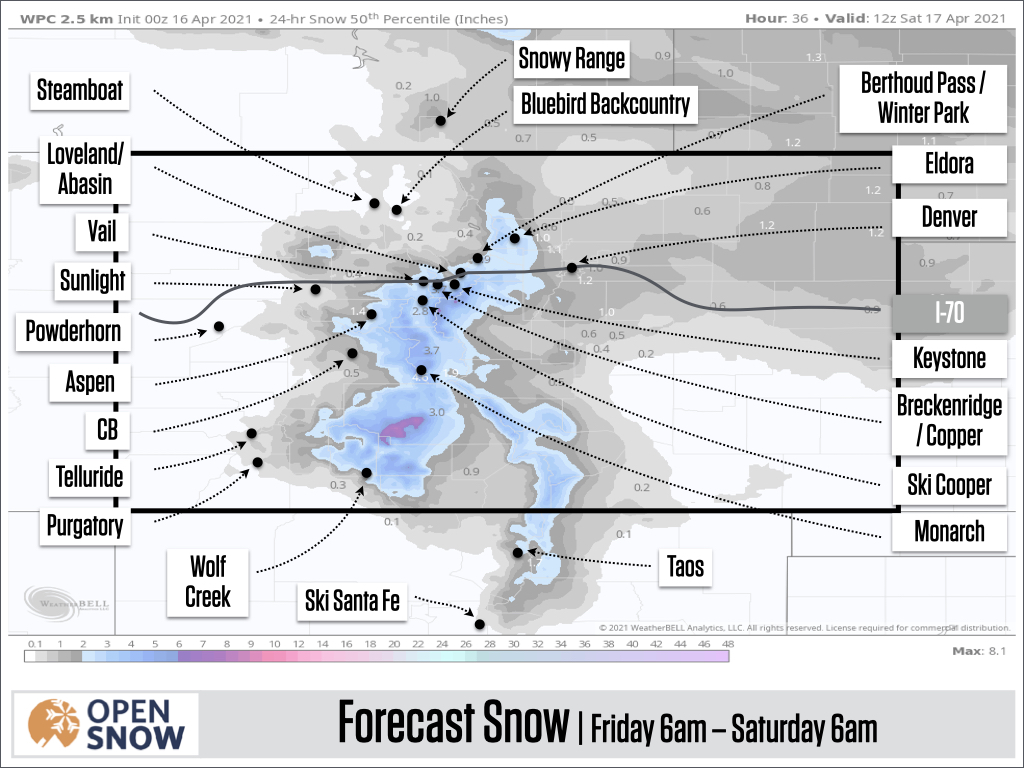 On Saturday into Saturday evening, most of the showers will be over the southern mountains. I have low confidence in the forecast, but the multi-model average shows a chance for 6+ inches for most of southern Colorado, so it's possible that there will be some powder later on Saturday and/or Sunday morning. 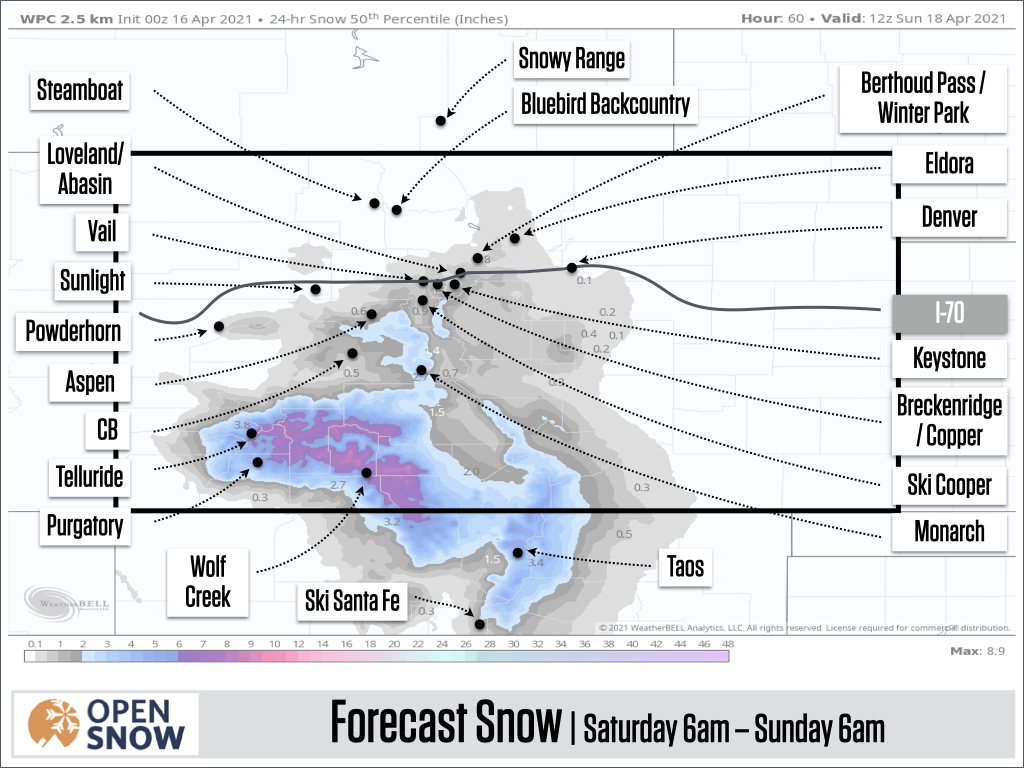 Sunday and Monday morning should be mostly dry.

Then from Monday afternoon through Tuesday morning, a fast-moving storm will bring significant snow to areas near and east of the divide and near and north of I-70. In the multi-model precipitation forecast below, blue colors show a good chance of 6+ inches, and the yellow colors signify a good chance for 10+ inches. 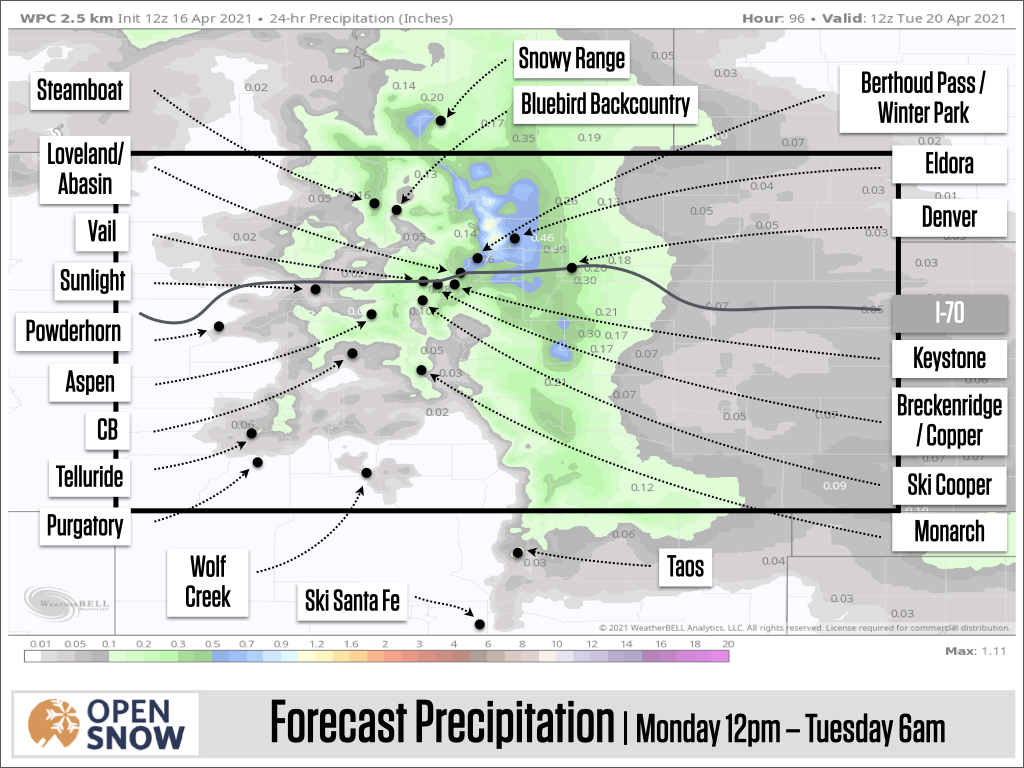 The majority of resorts will be closed by the time we see this storm on Monday into Tuesday, but a few will still be open:-)

I have a few more reader-submitted pictures to share over the coming week.

Here is a shot from a secret stash, inbounds, at Powderhorn from 3 years ago. We got a snow day off from work down in Grand Junction and this was our LAST run of the day. Here's hoping for more days like this one! -Dustin G. 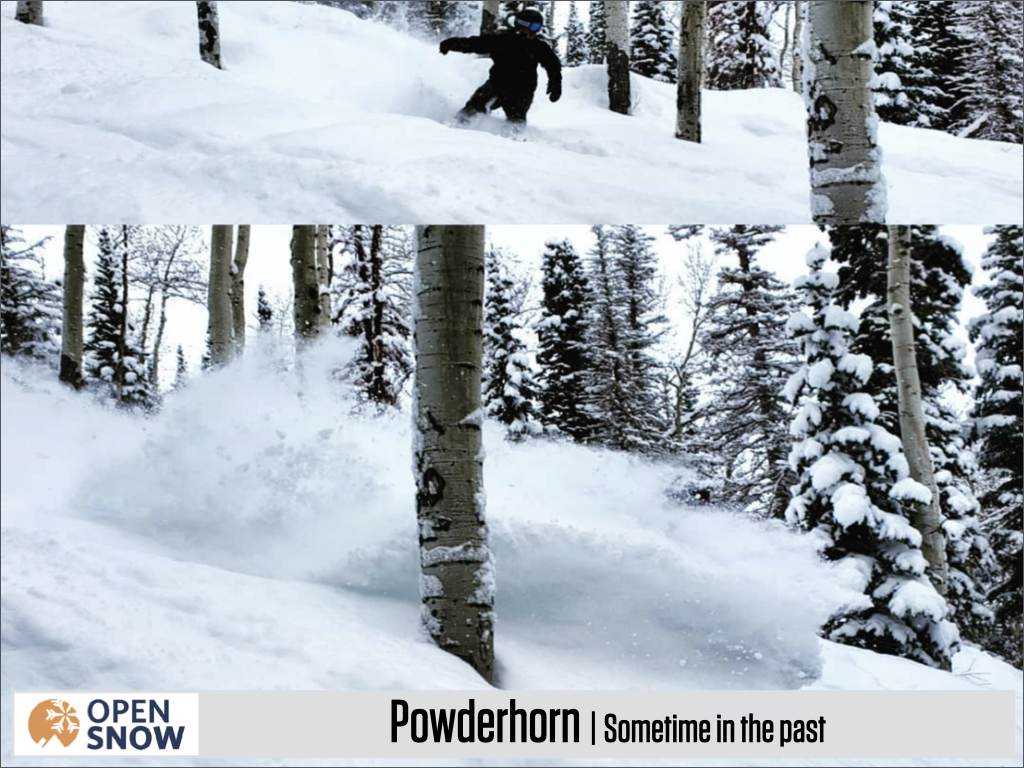