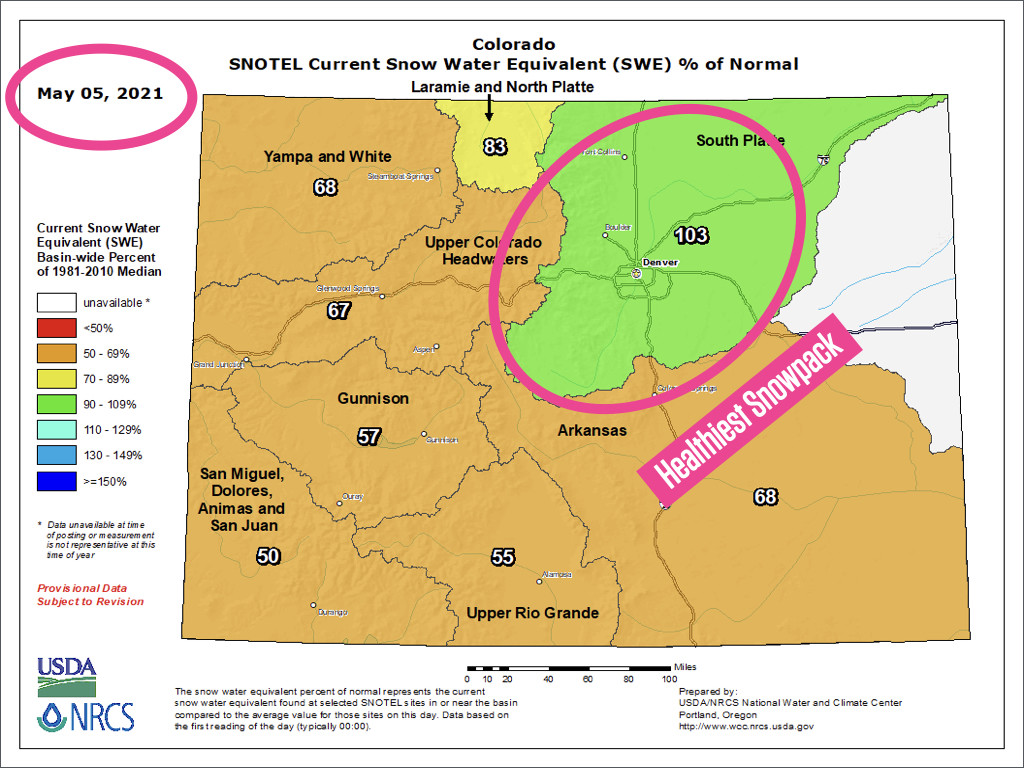 It's May 5th and I am going on summer break. But the atmosphere is still in snow mode as 4-5 inches fell across northern mountains last night and there should be at least two more storms around May 8-12 and again around May 16-19. We'll always take the snow and the moisture!

This will be my final post of the season and I am looking forward to recharging over the summer. That said, the atmosphere is continuing to drop snow on our mountains and there are more storms through mid-May. 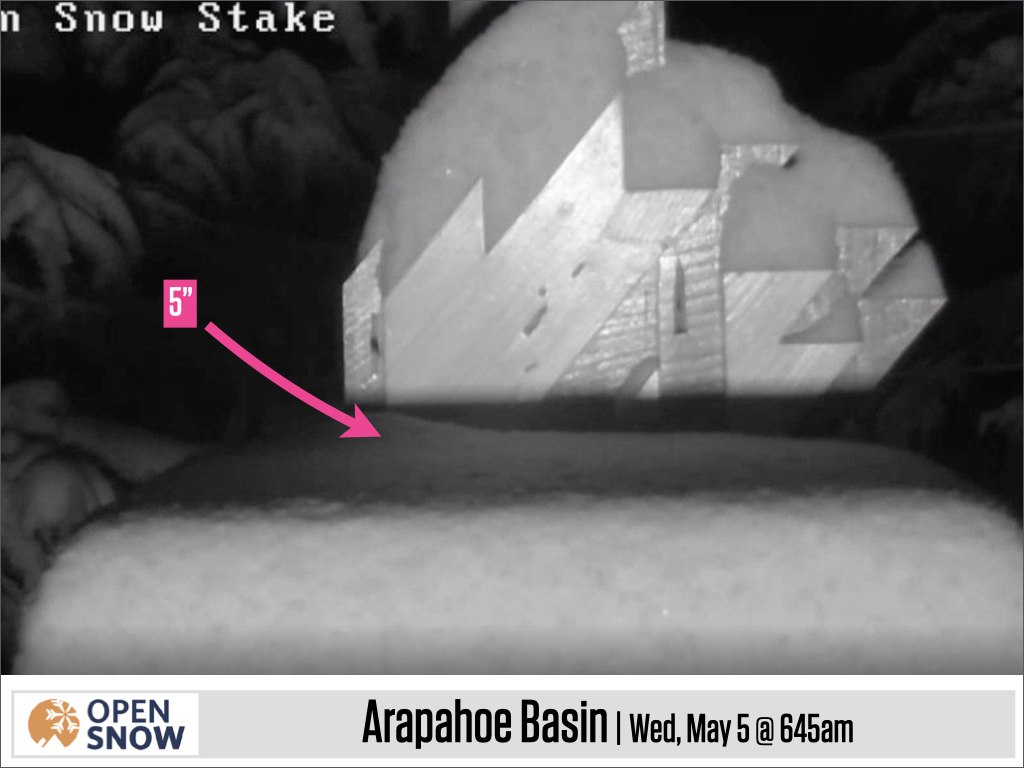 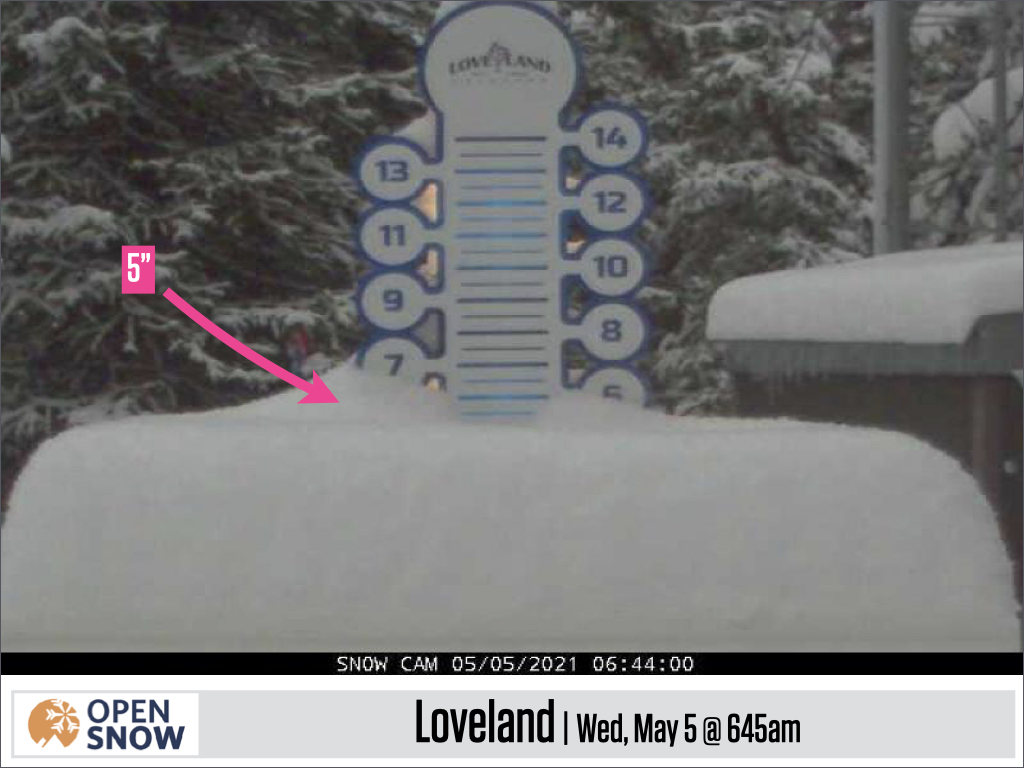 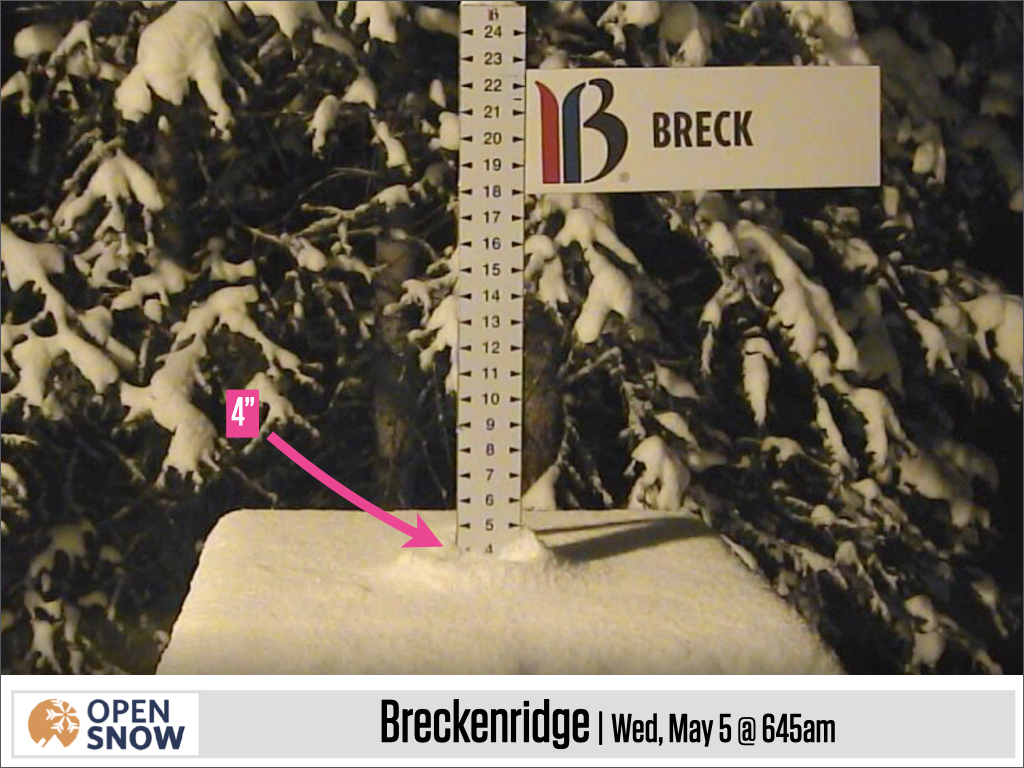 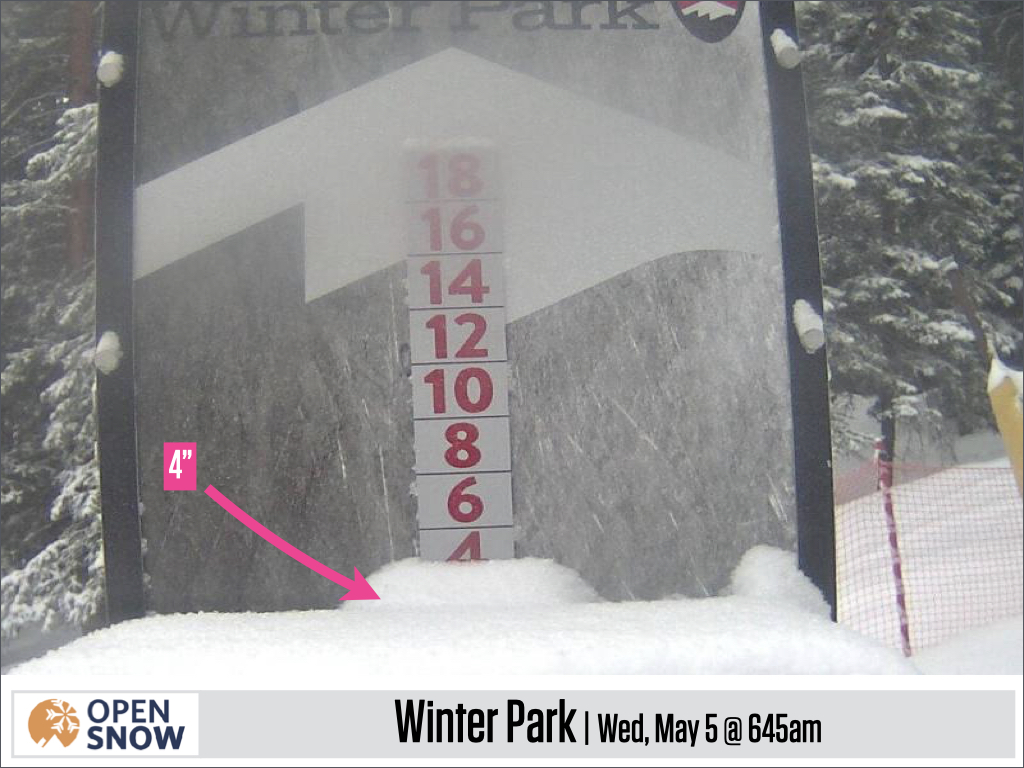 The snowpack across Colorado on May 5th is well below average for all river basins except for the South Platte river basin over the northeastern mountains (the area just west of Denver) where the snowpack is 103% of average. 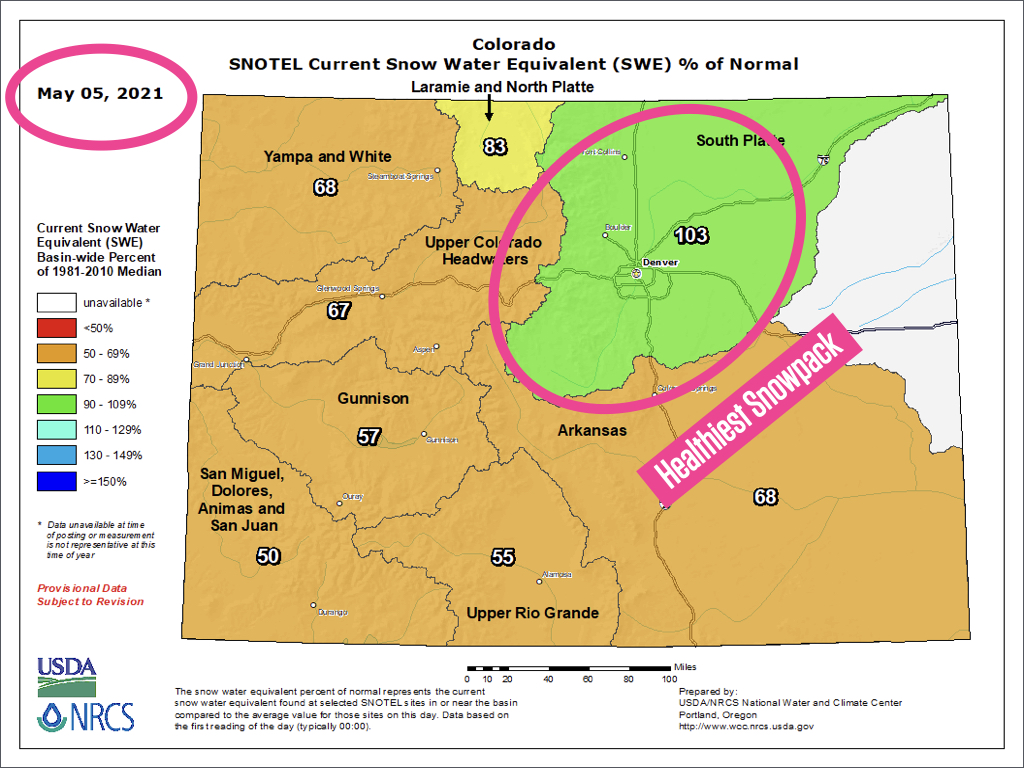 In the South Platte river basin, the peak snowpack occurs a few weeks later than most other regions with the peak occurring around the end of April. And that's what's happening this season as this graphic shows.

During the entire 2020-2021 season, the statewide snowpack was below average except for a brief period at the very start of the season. Our below-average snowpack was not expected because previous La Nina seasons generally produced a snowpack that was average to above-average. But season-ahead forecasts for snowfall are hard to impossible to get right, with the exception being over the Pacific Northwest (Washington and British Columbia) where they are basically guaranteed above-average snowfall during La Nina seasons. Let's remember this note, about the lack of accuracy of season-ahead forecasts, as we head into the fall of 2021 when we will start to see forecasts for snowfall during the upcoming season:-)

We will see storms throughout at least mid-May with high-elevation snow accumulations likely for the northern mountains between about May 8-12 and again around May 16-19. The atmosphere is working on a roughly weekly cycle and it's amazing (and welcome) to see a new dose of moisture every seven or so days.

And thanks so much for reading the Colorado Daily Snow this season and for your support of me and OpenSnow. We have a LOT of amazing new products coming this summer on OpenSummit and next winter on OpenSnow…stay tuned to our email newsletter and this daily snow where we'll post updates during the next few months.

Best wishes for fun and memorable adventures during the spring and summer!