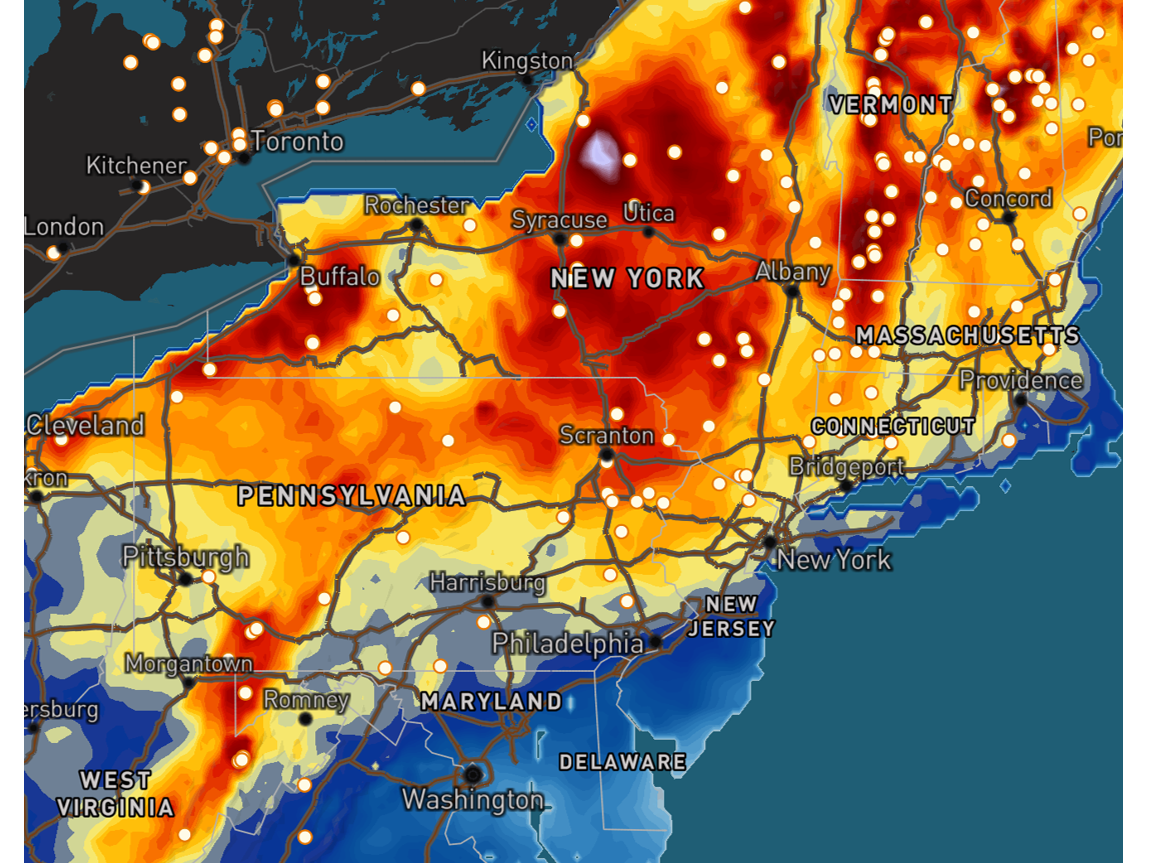 A great ski and ride season has ended for all resorts in the Mid-Atlantic, which saw above-average to around average snowfall amounts.

That’s a wrap folks! Hunter Mountain in New York closed yesterday which was the last resort to do so in the Mid-Atlantic. A bunch of resorts throughout the region made it into April this year, and a majority of others saw their end in late March.

This season saw above-average to around average snowfall throughout the resorts in the Mid-Atlantic. December and February were the two big months for snow falling and staying around. Here is a look at the total season accumulation throughout the region. 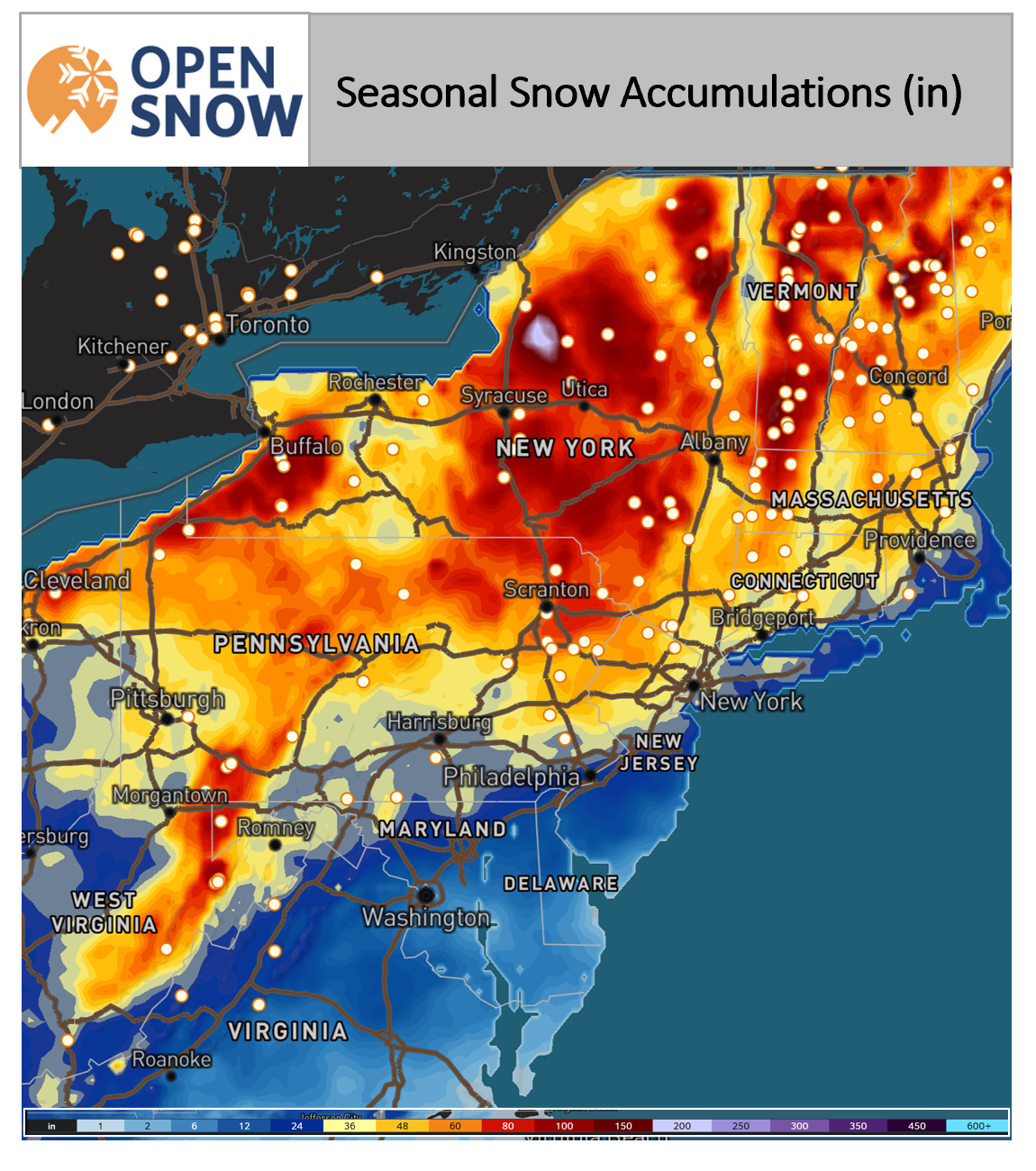 Many resorts throughout the region saw over 100 inches of snow with a majority of others seeing over 40 inches. As for this map compared to average, central Pennsylvania saw above-average snowfall due to a few favorable Nor’easters. Lake-effect snow was below normal which kept resorts close to the Great Lakes near or below the normal seasonal average. The western Mid-Atlantic saw pretty close to the average snowfall this season.

December, early January, and February were the big snow months this winter. The largest storm for most areas was the December 16-17 Nor’easter where the central to northern Mid-Atlantic saw 20 - 40 + inches of snow. Here is a look at the snowfall map from that storm from December 16th - 17th, 2020. 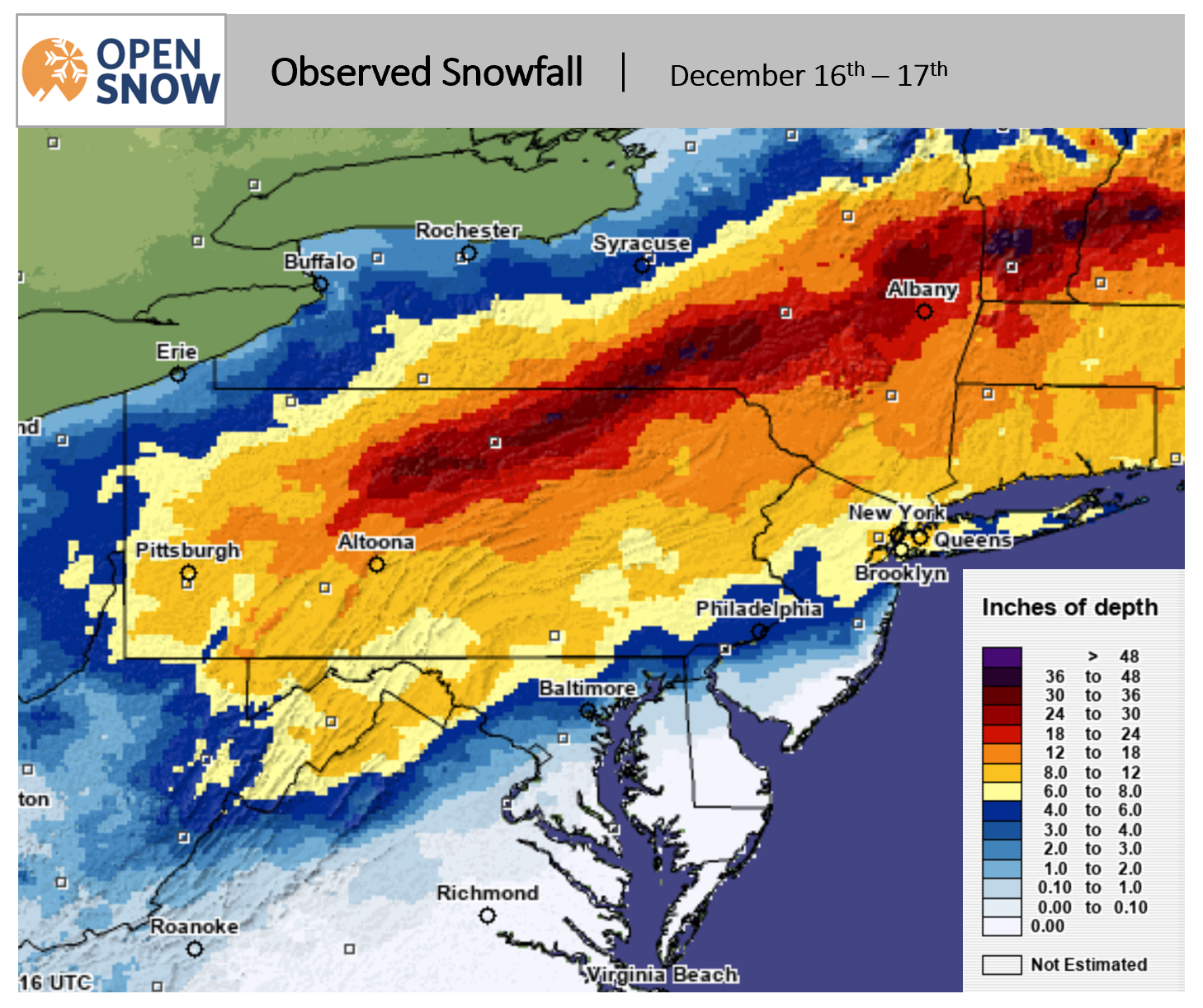 This storm was awesome despite warm temperatures and rain following it. The first part of January saw another Nor’easter and cold temperatures that set up large bases. February was the best month of the season where a majority of the season’s snow fell. By the time we got to March, temperatures warmed and spring moved in. A slow and steady warming trend occurred throughout the month and with several rain events, bases thinned and resorts closed. The large bases at the start of March caused many resorts to close by the end of the month or even stay open through April. Spring has come and all resorts have closed by Saturday, April 10th, ending our season.

I hope you enjoyed the season and forecast discussions. We’ll be back next year (sometime in November) with more Mid-Atlantic Daily Snow's. Have a great off-season and talk to you next season!

Zach Butler
Meteorologist
Zach Butler is currently a master’s student in Applied Meteorology at Plymouth State University in New Hampshire. Originally from Maryland, he has grown up hiking and skiing up and down the East Coast. When not doing coursework or enjoying the outdoors, he works as substitute teacher and a ski instructor for Loon Mountain.
Read More