The storm train continues to target the Canadian destinations. Big Sky, Jackson Hole, and Grand Targhee will also receive the goods, though rising snow levels will be an issue. A more active storm track for California, Utah, and Colorado should arrive during the final 7-10 days of January.

If there was ever a season to be chasing snow to Canada, this would be the one. Revelstoke, SkiBig3, and Sun Peaks continue to receive the goods, as seen in this timelapse cam from Revelstoke.

Unfortunately, the US/Canada border remains closed until further notice so we'll keep dreaming of a future time when international powder chasing is back in action!

Outside of Europe, Japan, and Canada, we'll be keeping an eye on the Northern Rockies destinations in the United States for fresh turns. Big Sky, Jackson Hole, and Grand Targhee will receive the goods on Wednesday (1/13), though the current atmospheric river event will create dense snow and maybe a touch of rain for the lower elevations.

Looking ahead to Thursday (1/14) through Sunday (1/17), California will remain dry, while Utah and Colorado pick up very light snow for Thursday morning and again on Saturday. Sugarbush in Vermont will be the resort of choice as they'll be looking 5-10+ inches from Friday night through Sunday.

From Jay Cordeira in New England:

"All eyes are on the potential for a storm to produce snow and rain across the region on Friday night and Saturday. The set up is a little tricky as the primary storm (a big honking region of low pressure) will track through the Great Lakes Region on Friday night and give way to secondary storm development along the Mid-Atlantic coast. The second storm then tracks more or less due north into central and eastern New England. The exact details of this secondary development and slight changes in the track of this storm have *huge* implications on the forecast." 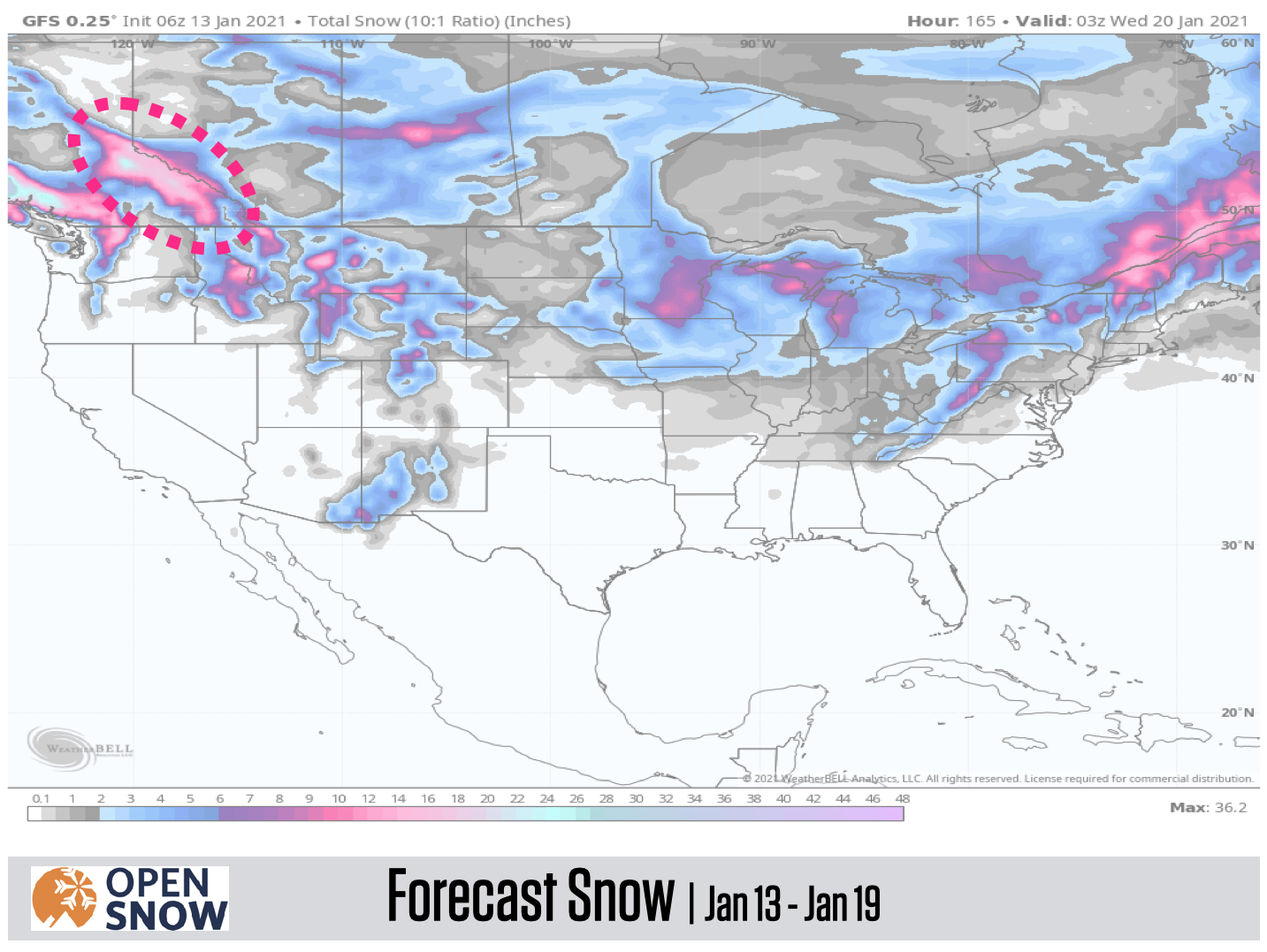 As always, stay up-to-date with our team of local forecasters. They will provide you with excellent local analysis and really help you dial in the details with updates every morning.

Looking ahead to the week of January 18th and beyond, the storm track should slide further south and bring the goods back into California, Utah, and Colorado. Here's a look at the temperature compared to average across North America from January 20th through the 25th. 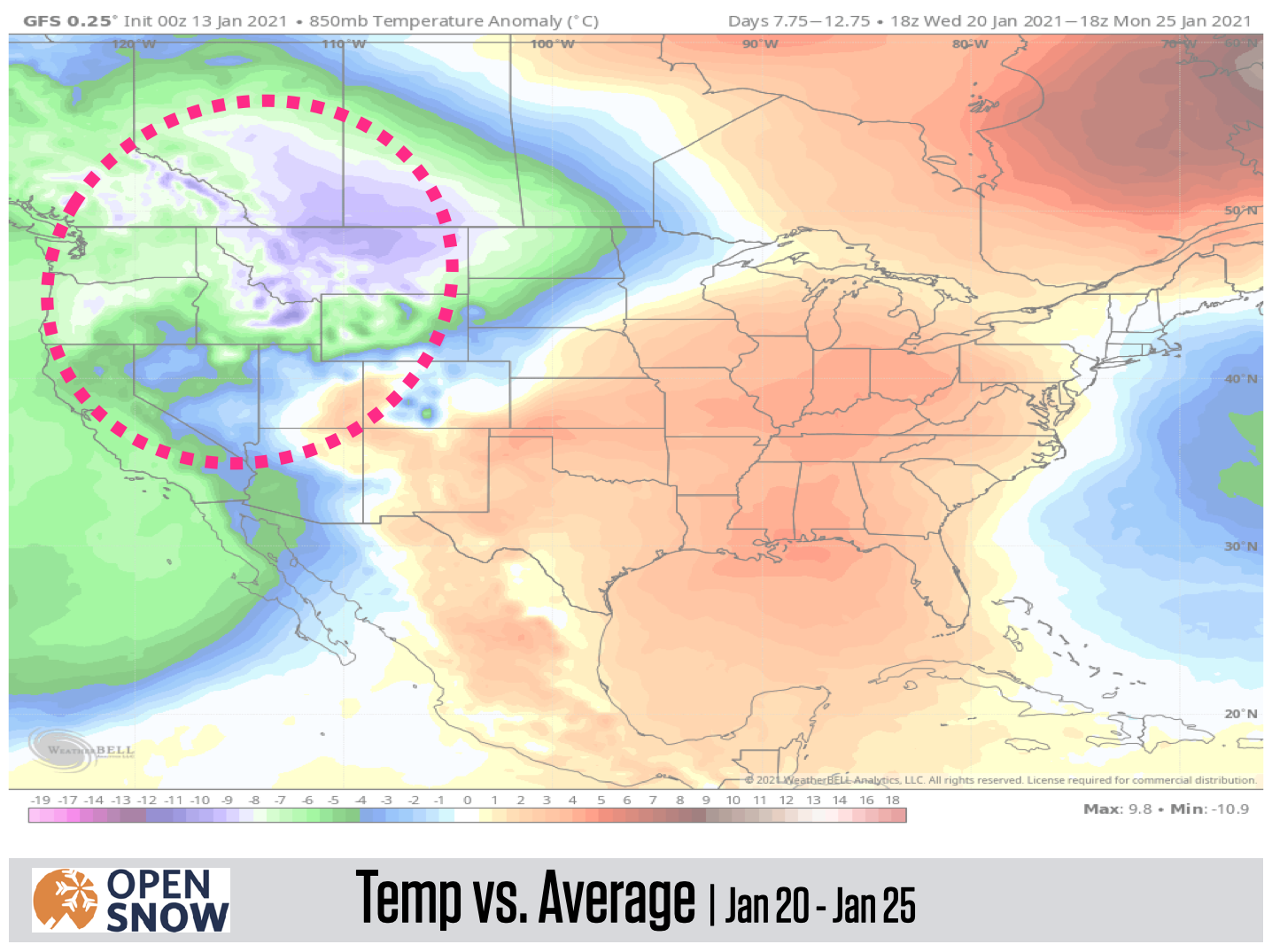 This lines up nicely with what I'm seeing in the longer-range models for an area of storminess across the Western United States.

Keep an eye on light totals for Utah and Colorado, followed by the potential for stronger storms at Mammoth and Squaw Alpine during the final 7 days of January.

Thanks for reading! Next update on Wednesday, January 20th.