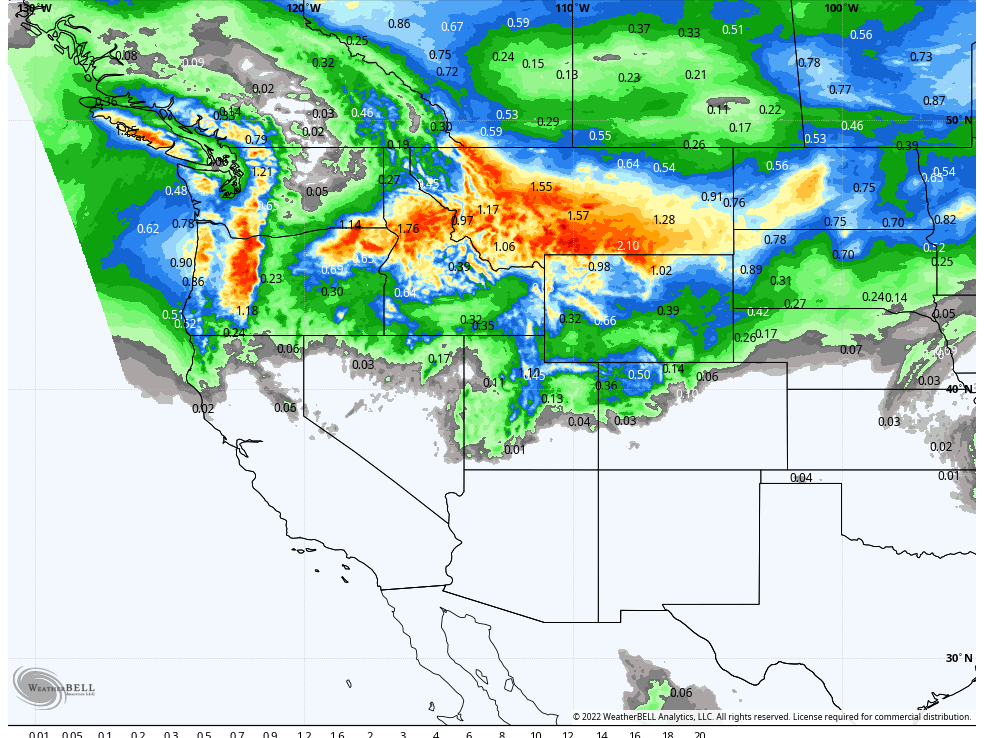 Cooler air, some clouds, breezy winds, and showers are possible at times through Memorial Day weekend. Nicer weather returns next week. Additional cool troughs with unsettled weather are possible as we go into June.

For Thursday we start out with nice weather. Partly cloudy skies and highs into the 70s at lake level and 60s for the mountains (50s higher elevations). Some increase in clouds later in the day as the next system moves into the Pacific NW. Ridgetop winds from the southwest increasing to 40+ mpg during the morning and 50+ mph during the afternoon.

Friday some clouds are still around from the active pattern to our north moving in for the weekend. Slightly cooler with highs into the 60s at lake level and 50s for the mountains. Ridgetop winds from the southwest gusting up to 40-50+ mph. Lake Tahoe winds of 20-30+ mph each afternoon bringing choppy conditions.

It's not uncommon for us to see unsettled weather and even some snow on Memorial Day weekend. Disappointing if you want nice weather, but not uncommon. We have another cool trough moving into the West through the weekend. 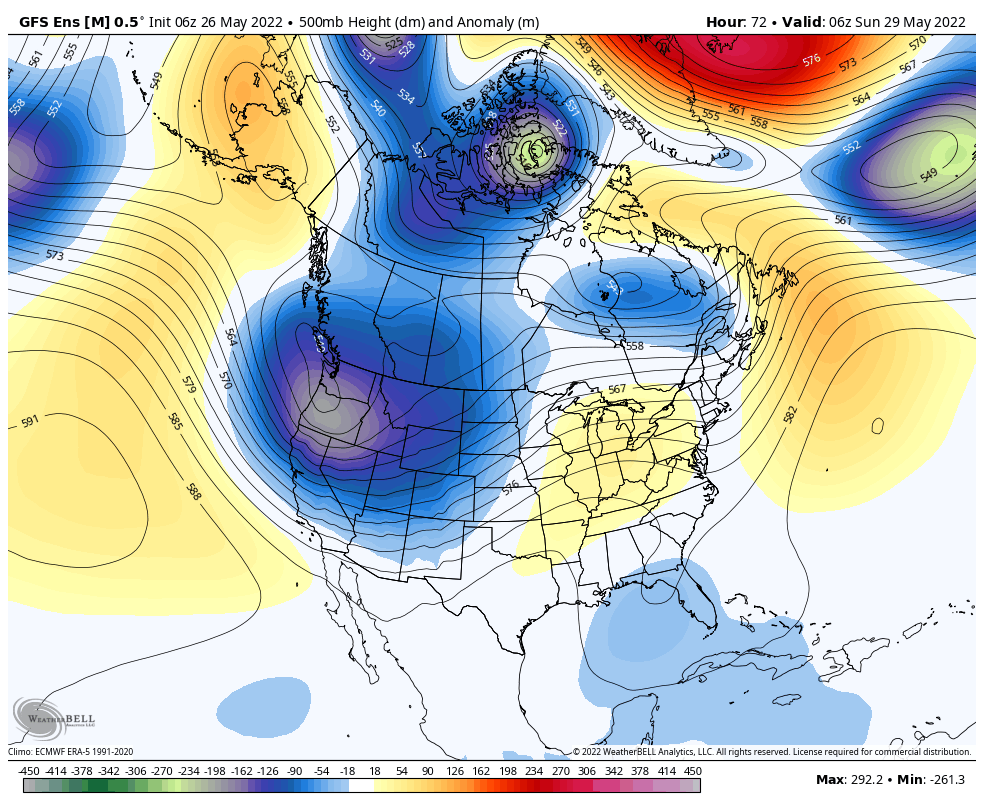 Several waves moving through the Pacific NW through the weekend. Most of the precipitation looks to stay to our north through Monday. The latest model runs show a few stray showers possible each day, with the best chance for some showers looking to be Saturday night into Sunday. 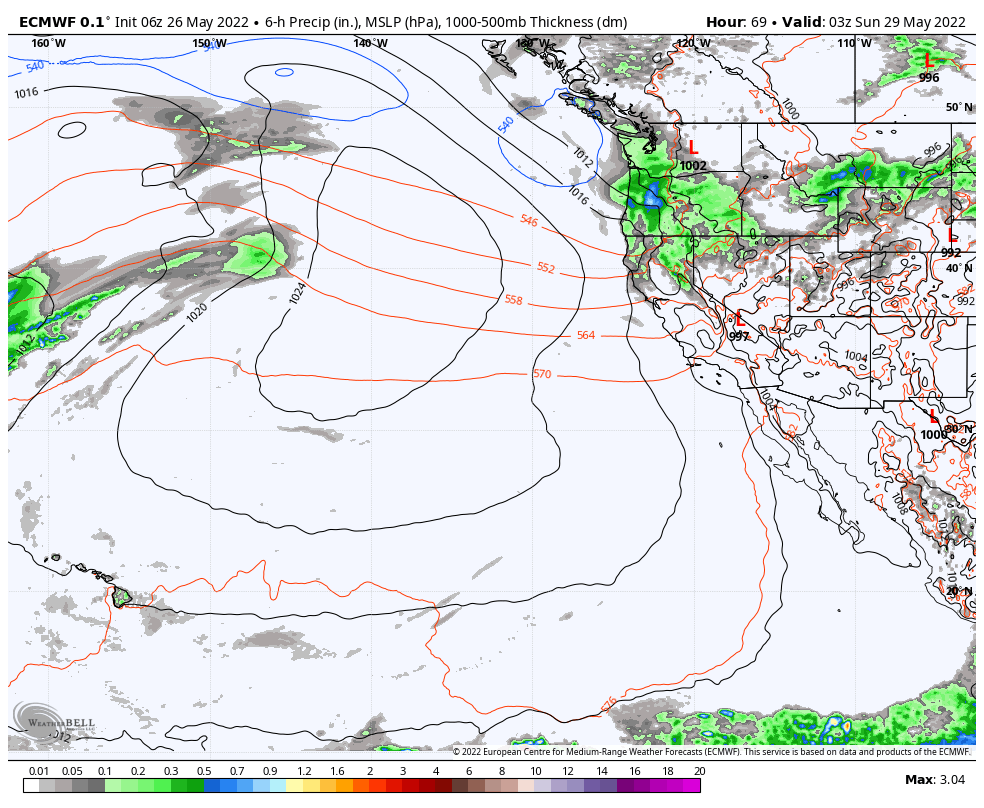 Highs dip into the 50s at lake level for the weekend and 40s on the mountains. The coldest day could be Sunday with highs maybe only in the 40s for some areas and 30s for the upper elevations. Ridgetop winds from the southwest gusting up to 70-80+ mph Saturday could affect some upper mountain lift operations at Palisades. Lake Tahoe winds could be gusting up to 30+ mph through the day.

Sunday the winds are expected to drop with ridgetop gusts to 30+ mph from the west, then lighter for Memorial Day. Snow levels are high through Saturday up around 9,000-10,000 ft. Saturday night they could drop to 7000-8000 ft. and then 6000-7000 ft. into Sunday morning when we have the best chance for showers. Then Sunday night they could dip below 6k.

Monday we could see scattered showers around during the morning but we should clear out through the day with cool air in place. Maybe the nicest day of the weekend even though it won't be warm. The total precipitation forecasts keep most of the moisture to our north through Monday. Here's the WPC's blended model. 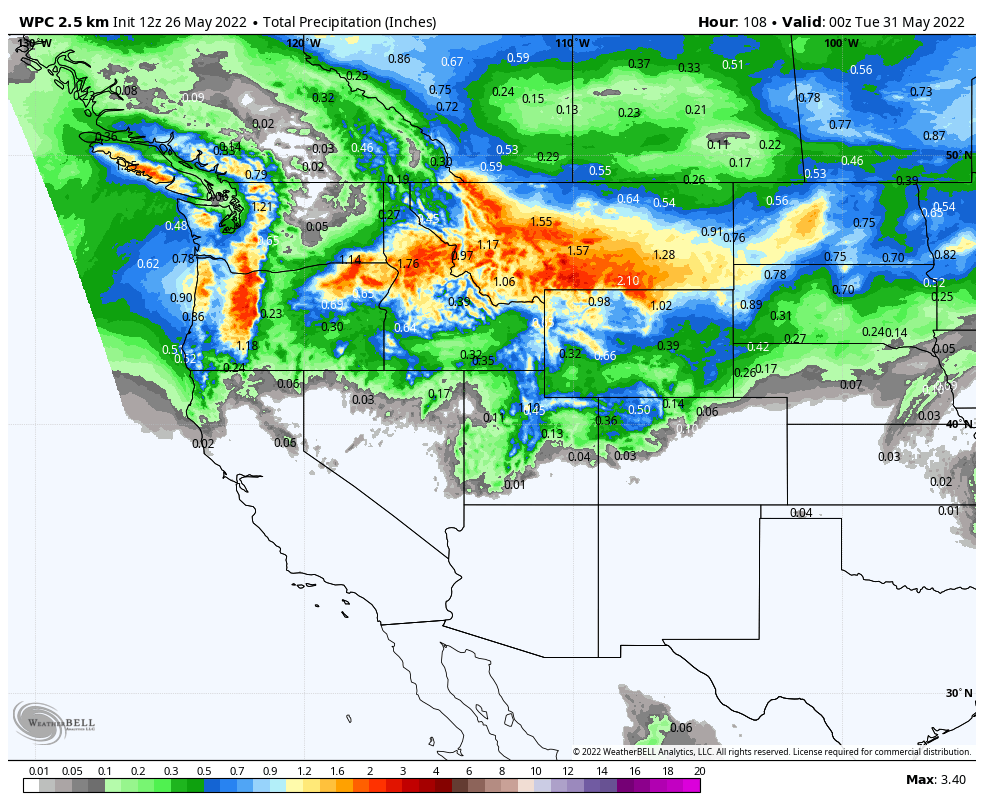 The European model is the farthest south with the precipitation this morning. 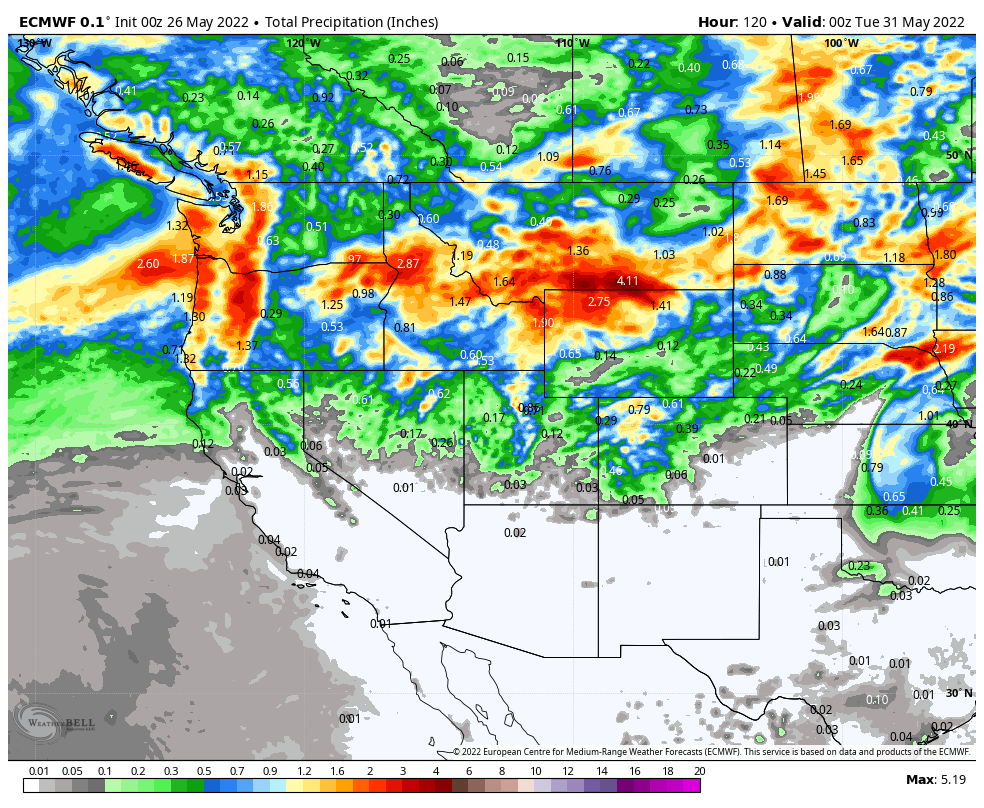 Overall the weekend should feel cooler and unsettled. We will have to see how far south the steadiest showers track. The best chance for the steadiest showers is likely NW of the lake along the crest. early Saturday into Sunday night we could see a few snow showers on the mountains, but not expecting more than a coating of snow.

High pressure continues to build back in through the week. We should see warmer and nicer weather through Friday the 3rd.

The long-range models suggest more cool troughs that could move into the West bringing cooler air and unsettled weather. The next one could move in as early as the weekend of the 4th. 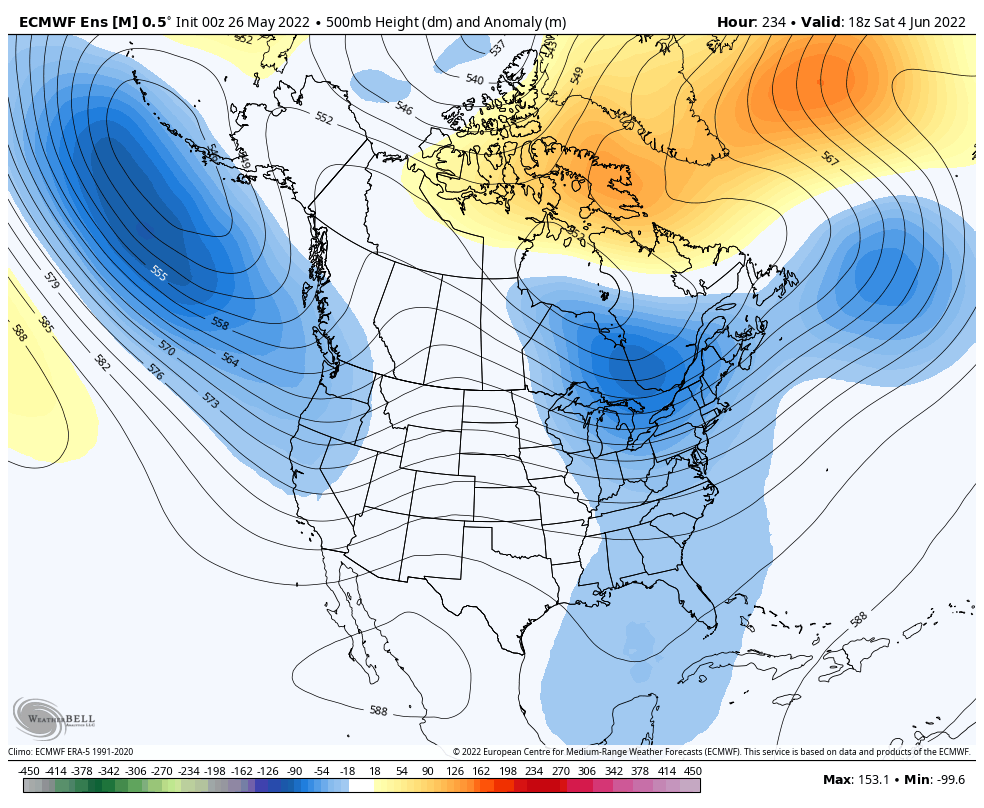 We will continue to keep an eye on that as we go into June. Now that we are in summer mode the posts will be weekly on Thursdays until the fall. This weekend is the last weekend of operations for Palisades Tahoe, which is the last ski area to close for the season. Could they eke out one last snowfall report of 1" this weekend? It's possible...