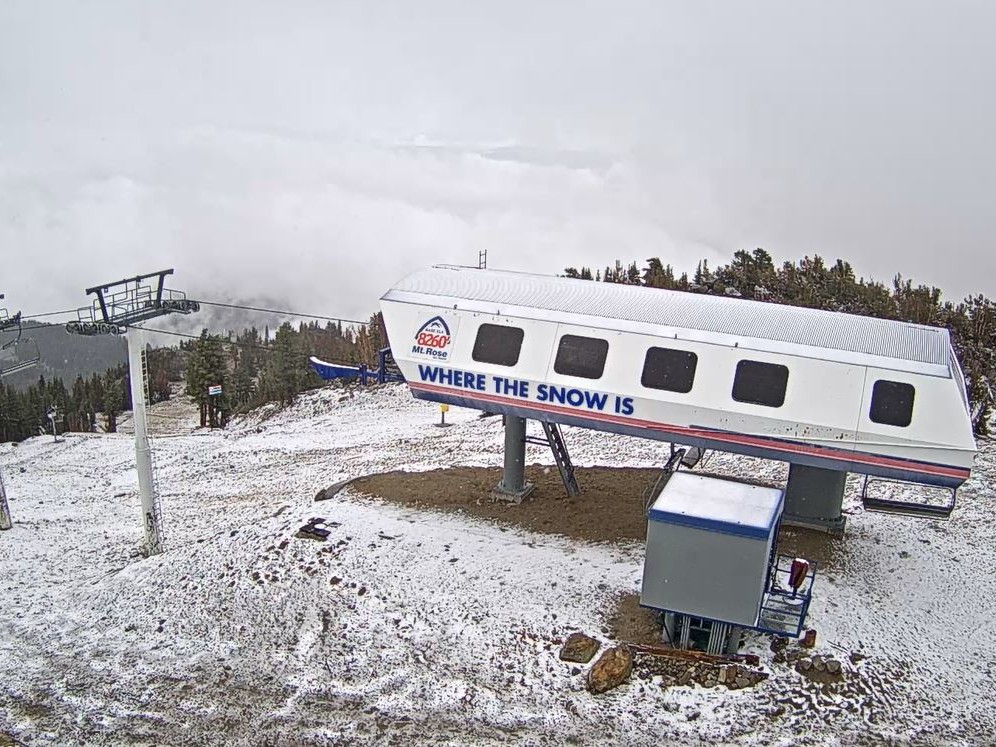 High pressure is building in over the West for the next 2 weeks or so. We should see a dry and mild pattern through the end of the month. A cooler and unsettled pattern could return during the first week of October.

We just finished a 5-day day storm that brought cooler temperatures and much-needed rain. It also brought a little snow above 9000 feet! 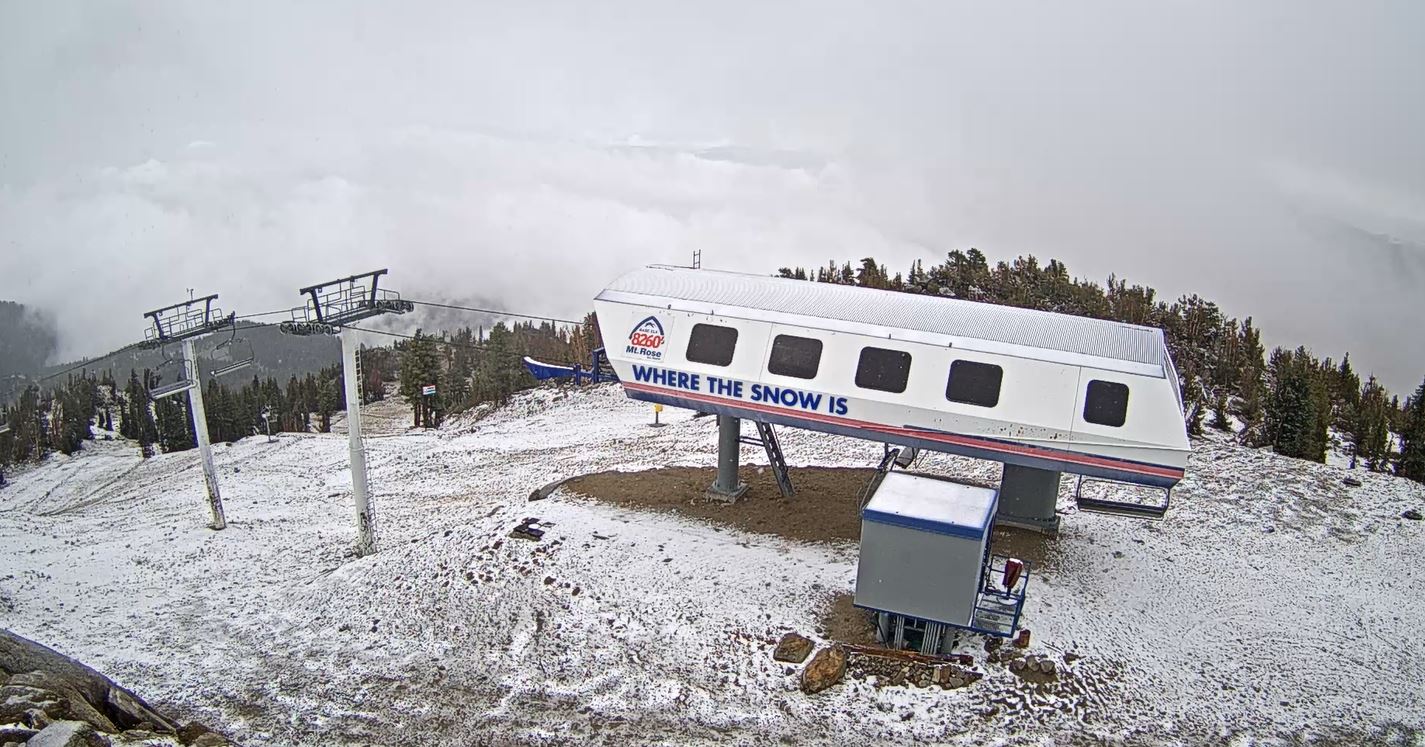 Looking at the sensors I see storm totals between 1-2" of rain. Echo Summit SNOTEL even recorded 2" of snow.

It's not only nice to see the first snow of the season on the peaks, but also the storm was a big help with the fire to our west. The spread has slowed and the fire is now 60% contained, and evacuations lifted as of Thursday morning. The smoke is pretty much gone for now and the air is much healthier!

High pressure begins building back in over the West Coast Thursday and the entire West over the next week. 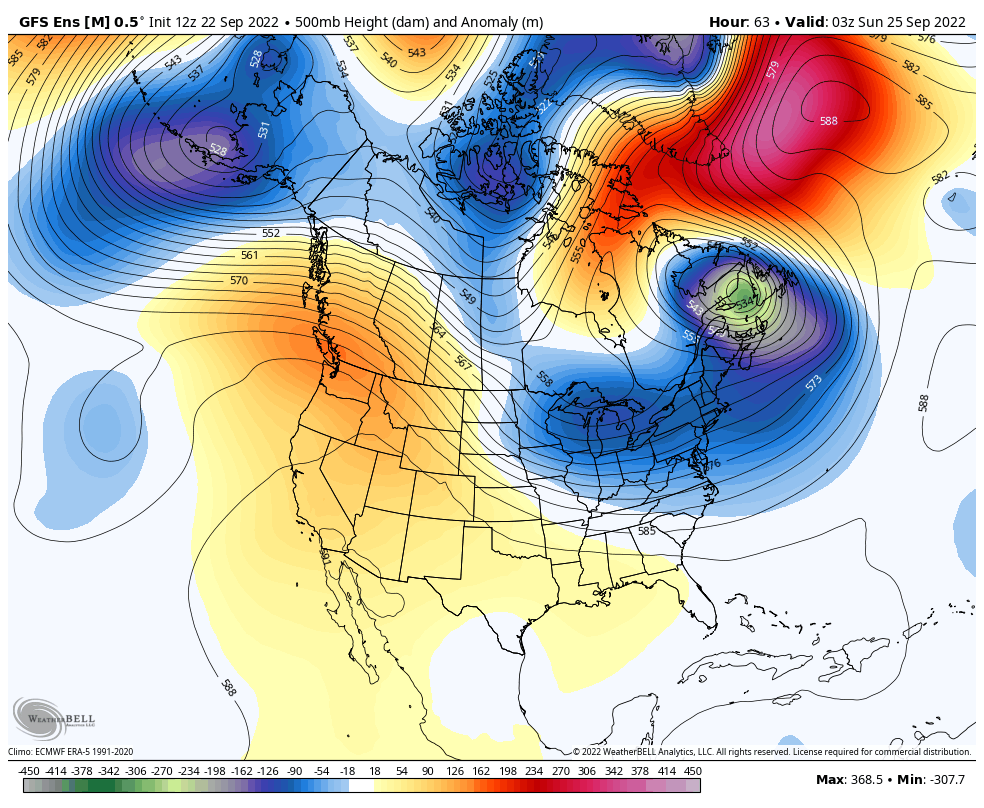 We should see mostly sunny skies each day with highs warming into the 60s Thursday and then 70s on Friday and into next week. The precipitation forecasts show a dry pattern through at least the end of the month. 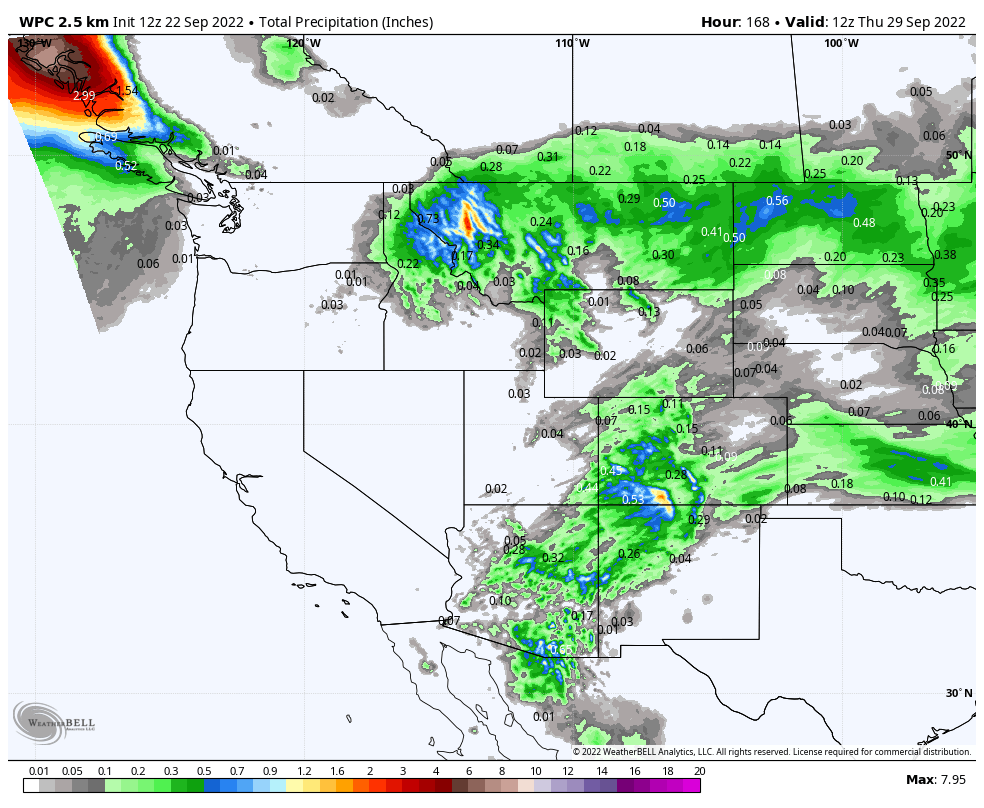 With the drier pattern, it is still possible that some smoke could drift in again or that another fire could start. Hopefully not...

A strong high-pressure ridge is forecast to be anchored over the West through the end of the month, and possibly into the beginning of October. NOAA's climate forecast shows above-average temperatures for the West days 6-10. 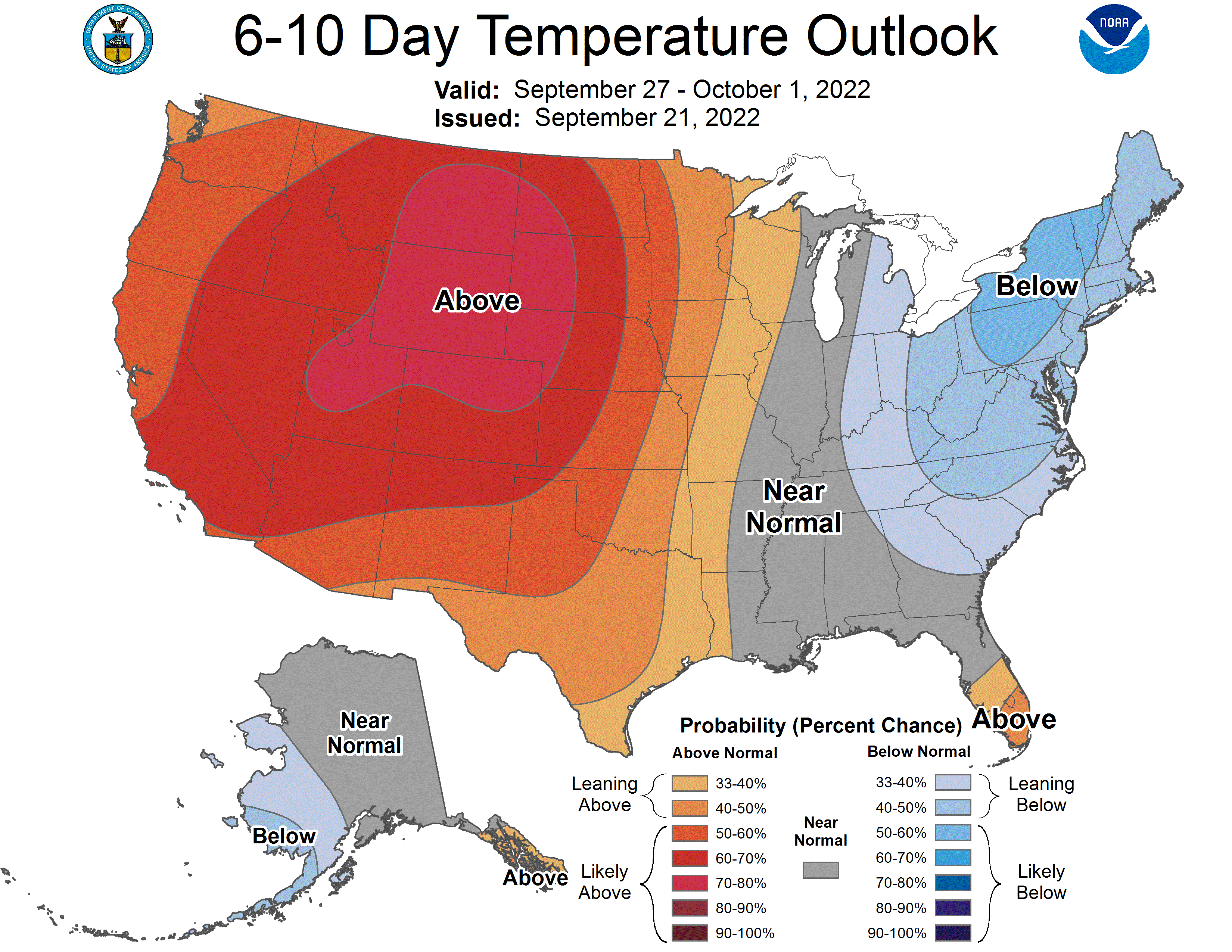 Looking at the long-range forecast models, they do hint at a possible pattern change during the 1st week of October. They show the ridge shifting east with a trough possibly digging south into the West Coast. 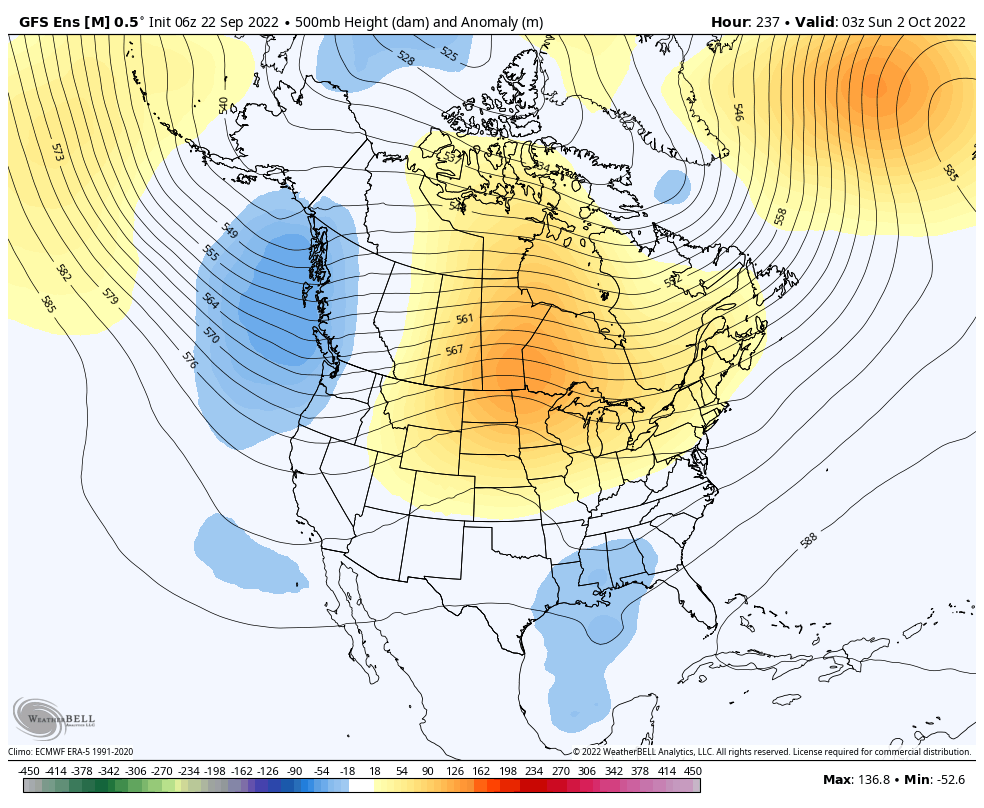 That could bring a return of cooler air and it could also open the door to storms dipping south into northern CA. We will be keeping an eye on that over the next 2 weeks.

We will also be keeping an eye on a potential hurricane impact later next week somewhere along the Gulf Coast of Florida, hopefully the models are wrong...

We continue to watch how the patterns are setting up for this upcoming season (3rd La Nina in a row). I've shared some winter outlooks from large weather outlets over the last several weeks, and our team has also written some articles that you can find in our "News" section.

I usually start to talk more about the winter pattern and forecasts as we go through October. I usually try to put out my forecast guestimate for winter snowfall by the end of October. Look for those as we get closer to Winter.

P.S. I'll likely be back to weekly posts for a week or so until the pattern becomes more active again.

We recently released our "Forecast Anywhere" feature! If you have our app on your phone, make sure the latest update for the OpenSnow app is installed. If not, what are you waiting for? Download it!

Open the app, go to the "maps" page, click the navigation arrow in the upper right corner, and wallah! The forecast details for where you are standing will pop up. You can also tap any place on the map for the forecast, or search a place, any place, not just mountains!

Please let us know any feedback you may have on the new feature. [email protected]