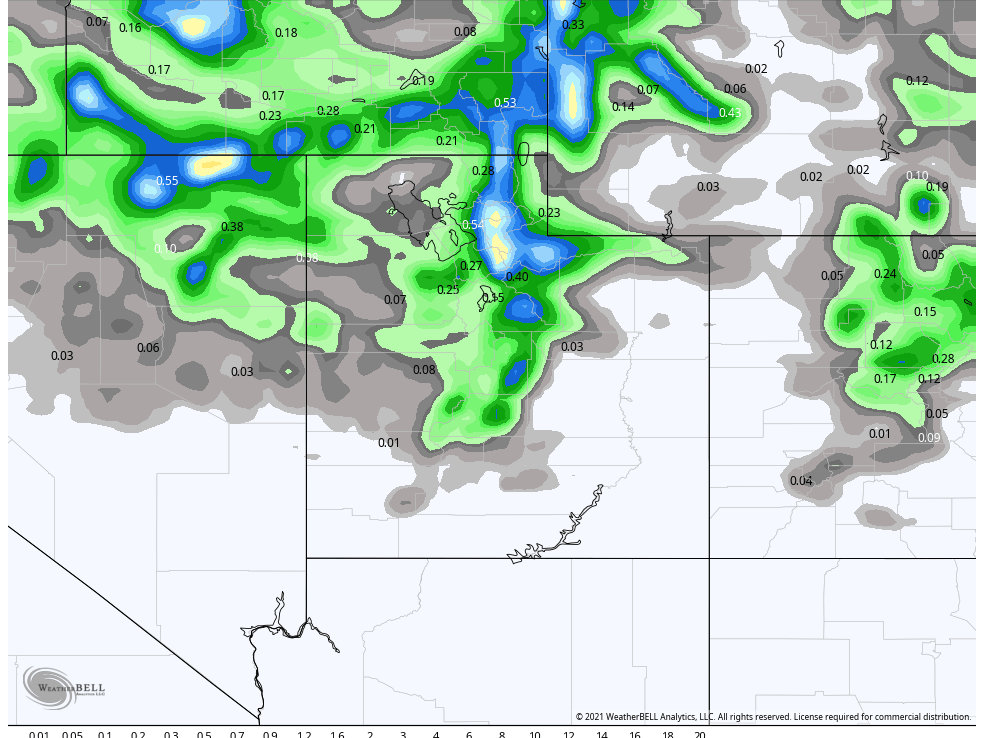 We have a very weak system moving through northern Utah today. Up north along the Idaho border, we are already seeing snow showers. Beaver Mountain reporting 2" of new snow and snowing this morning. Checking webcams, I see new snow on the ground at Logan Canyon summit. 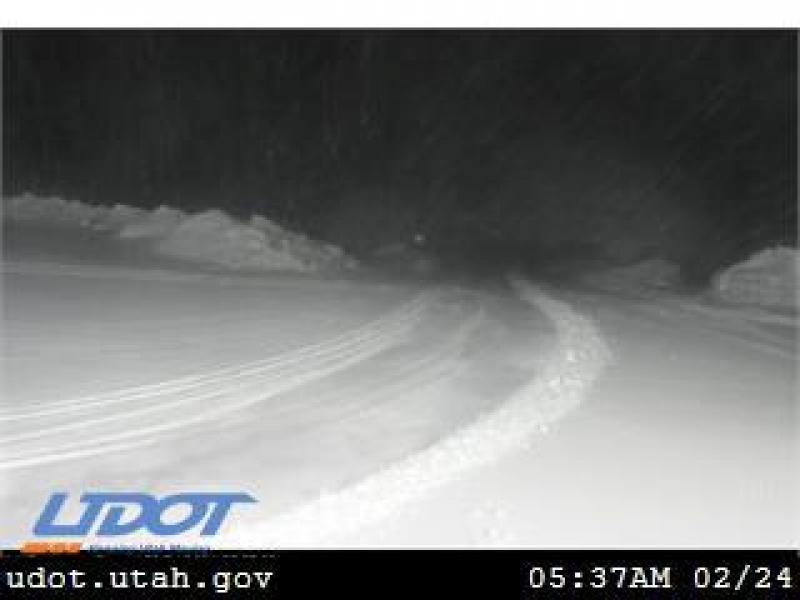 These snow showers will work their way south into the Central Wasatch this morning. Very light accumulations are possible of a trace to maybe a couple inches. We should clear out by late this evening.

Thursday will be a break day but clouds increase later in the day as the next system approaches. This trough is also quite weak and will move through Utah on Friday morning. At this point, we are again looking at only light amounts generally under 3". However, it could be enough to soften up Friday.

Then, this will be followed Friday night by a stronger system that will impact the Northern half of Utah through the day on Saturday. This system is looking a bit stronger than it did yesterday and has benefit of some cold air. Here is the GFS total precip through Saturday night: 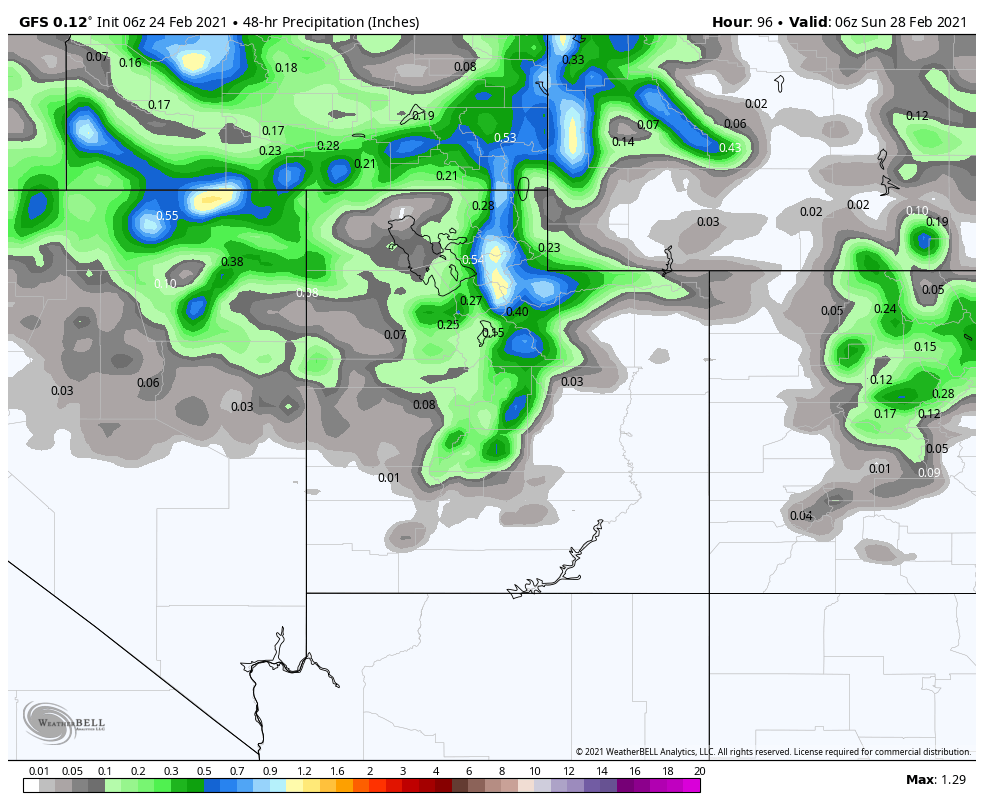 It's not huge, but respectable amounts. Looking at ensemble plumes, we could be looking at 0.75-1.00" of liquid from this system which would translate to 8-16" of snow. I'm going to set expectations a bit lower for now and say 6-12", but I would not be surprised to see some areas get over a foot for the weekend.

We should clear out on Sunday with bluebird conditions and high pressure taking control.

Next week generally looks quiet to start March. Warmer conditions and sunny skies should prevail. Most long-range models do show us returning to more active weather sometime between March 5-10th, but differ on exact timing and pattern.