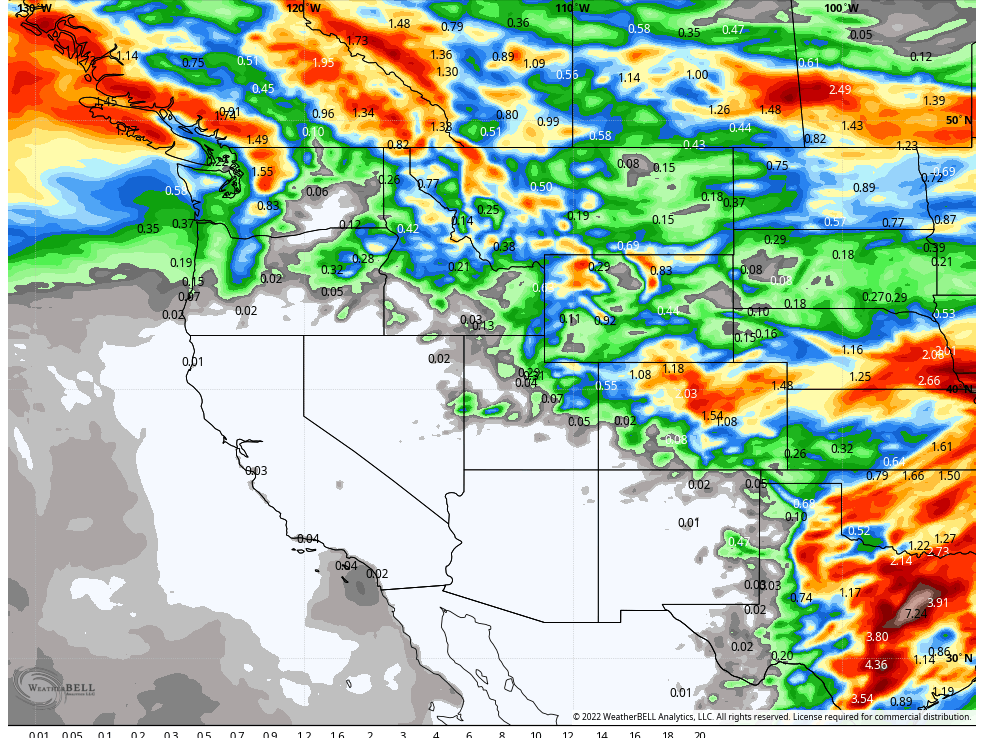 A cool trough will dig into the west for late week bringing a slight cooldown to northern CA. Then warming again into the weekend and next week. Another brief cooldown is possible around the end of the month.

A cool trough moves through Thursday - Friday. Highs dip down into the 60s at the base Thursday and 50s up top. Ridgetop winds get gusty as well from the west with gusts up to 50+ mph for Thursday.

Friday will be the coolest day with highs near 60 at the base and 50s up top and lighter winds. Then warming back into the 70s at lake level and 60s for the upper mountains over the weekend and into next week as high pressure builds back in over CA.

We should see mostly sunny skies through the period with a few clouds possible Thursday. But overall a dry pattern is expected over the next week+.

The long-range models suggest another trough could swing through around the end of the month with another shot of cooler air, and possibly a few showers if the storms can dig far enough south.

I'll keep an eye on the forecast and will let you know if we could see any precipitation before the season ends on 5/30.

Previous Daily Snow 1 week ago
No need to refresh! As an All-Access subscriber, receive the daily snow by email.