Show Snowfall History
of average for the season 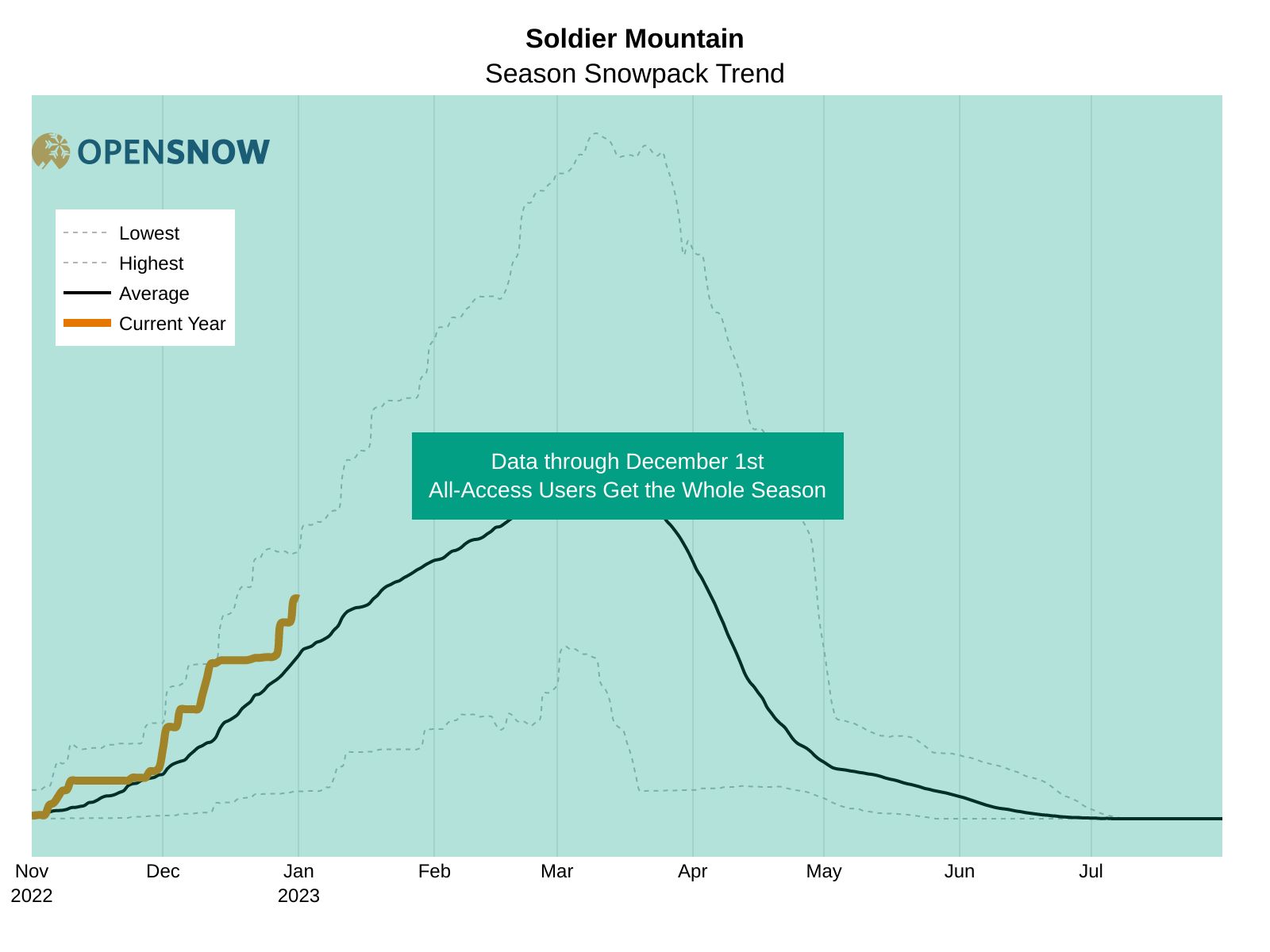 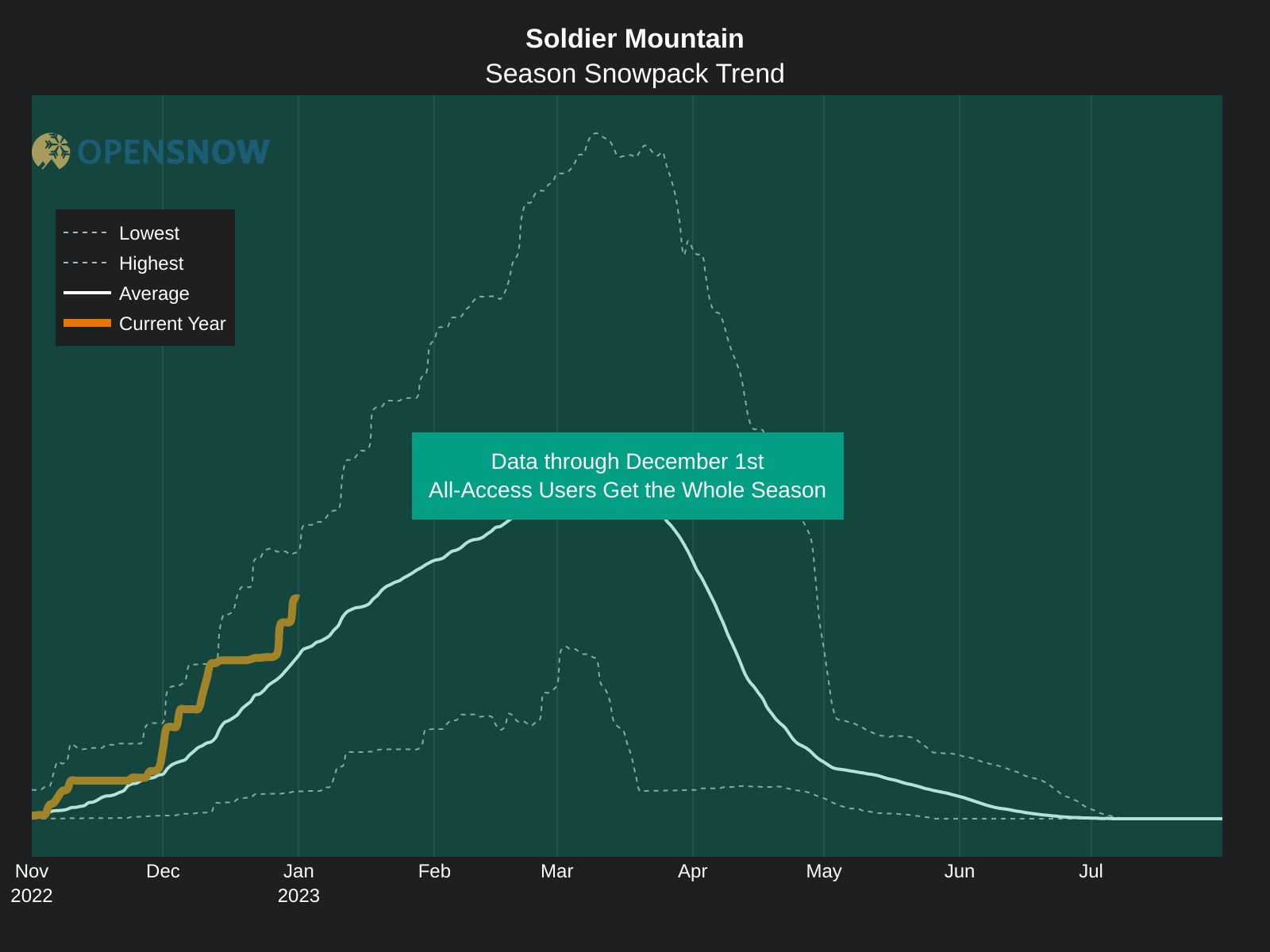 Base Depth vs Average Depth of snow compared to the average snow depth for that day. 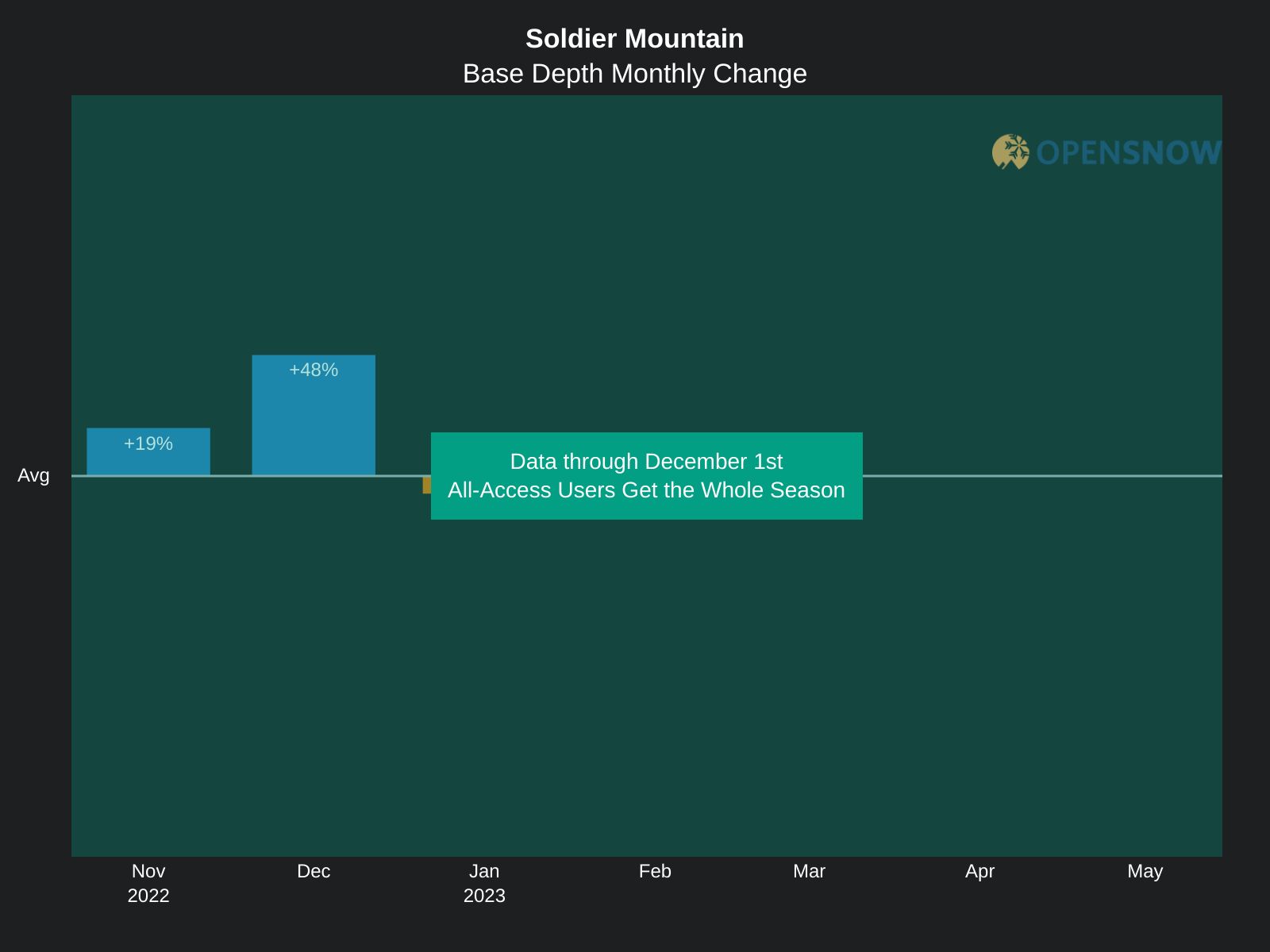 Calculated from 4 SNOTEL sites within 15 miles of Soldier Mountain at an average elevation of 7,975 ft (not from official resort measurements). We use weather stations because they update automatically and provide consistent measurements over many decades.