Friday's fluff, and a few more chances for snow this month 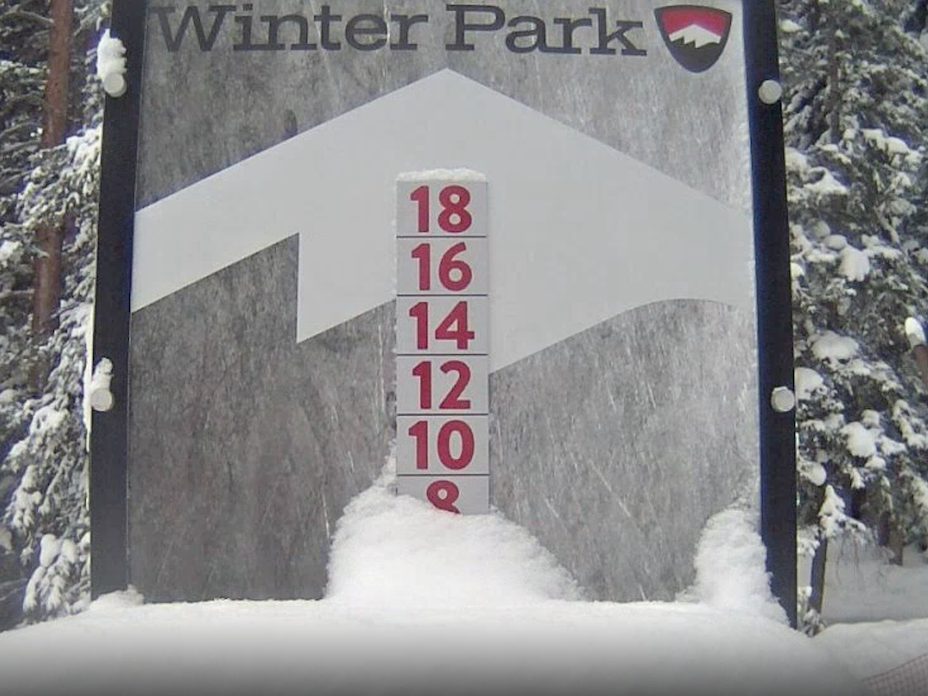 On Friday, the northern and central mountains received 1-4 inches of fluffy snow with up to 6 inches in a few spots. For the holiday weekend, we will see dry weather, sunny skies, and daytime temperatures in the 20s. For the next two weeks, the storm track will not be favorable, but there will be three times when we could see snow. After that, the storm track may shift for the better…

In my forecasts leading up to Friday's snowfall, I mostly mentioned 1-4 inches with a chance for a little more. Then on Friday morning, as the storm was just starting, I reduced my confidence in the potential snowfall because the higher-resolution models decreased their snow amounts while the lower-resolution models held onto the 1-4+ inch forecasts.

In hindsight, I have no idea why the high-resolution models reduced their forecast as the snow amounts turned out to be what we expected from the forecasts a day or two in advance of the storm, generally 1-4 inches with up to 6 inches in spots favored by winds from the northwest and north-northwest.

One of the deepest reports was at Winter Park, where the mid-mountain snow stake cam showed 6 inches of fluffy snow. 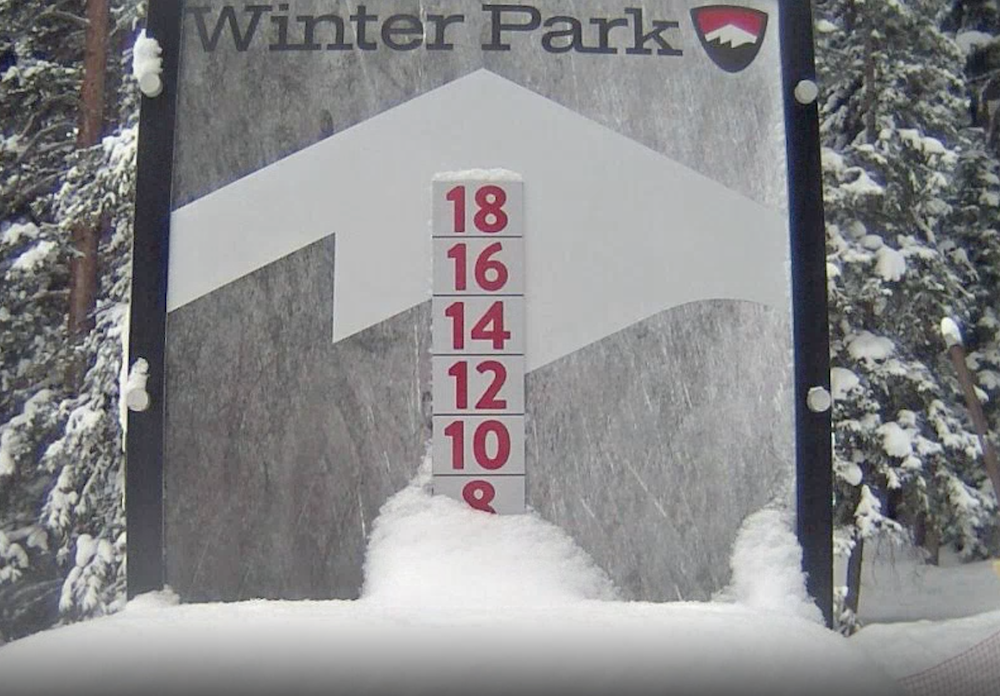 We are currently in an unfavorable weather pattern (more on that below), so it is worth celebrating the small wins, like on Friday, when some mountains see a few inches of fluffy snow. We'll take it!

All of the holiday weekend and into Tuesday will be dry, mostly sunny, and temperatures will rise into the 20s during the day. It would be nice to be able to play in a lot of powder during this time, but if we can't have that, the weather might as well be sunny with cool temperatures. Our snowpack is still holding nicely above the median at the mid-and-higher elevations, and most mountains and backcountry areas have good coverage, so we're in a good spot even with the lack of upcoming snowfall.

The upcoming weather pattern will be similar to what we've seen for the past week. The main storm track will stay just to our north and east, as will the coldest air. 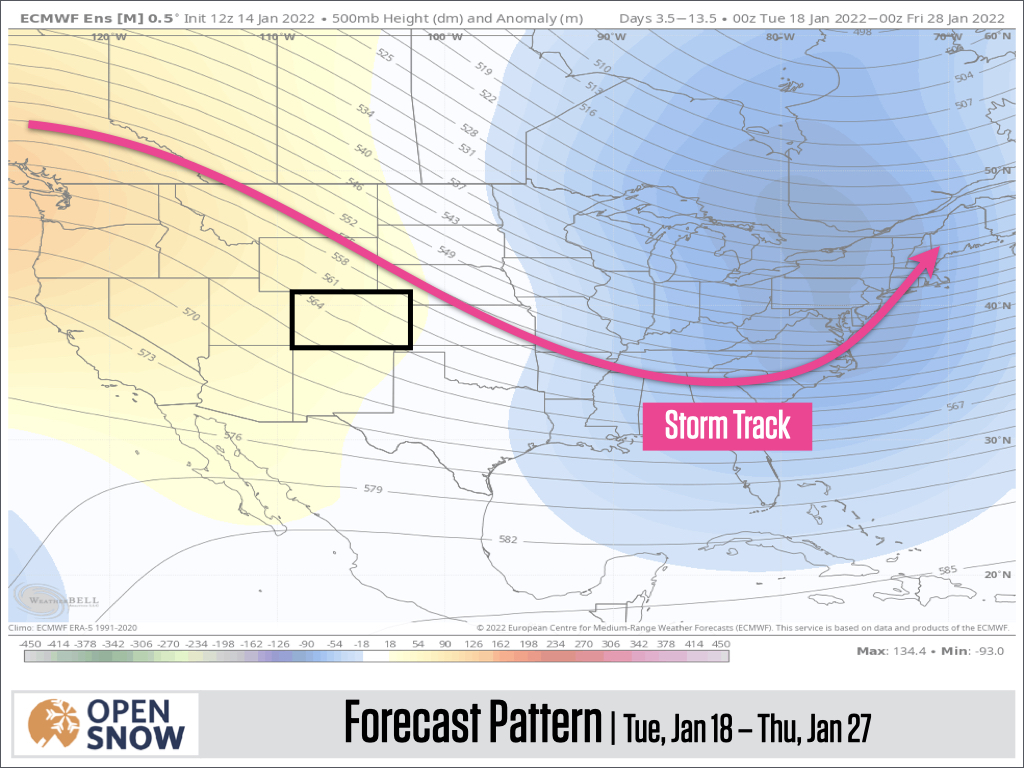 Colorado will be on the edge of this storm track, so we could see some snow at times. 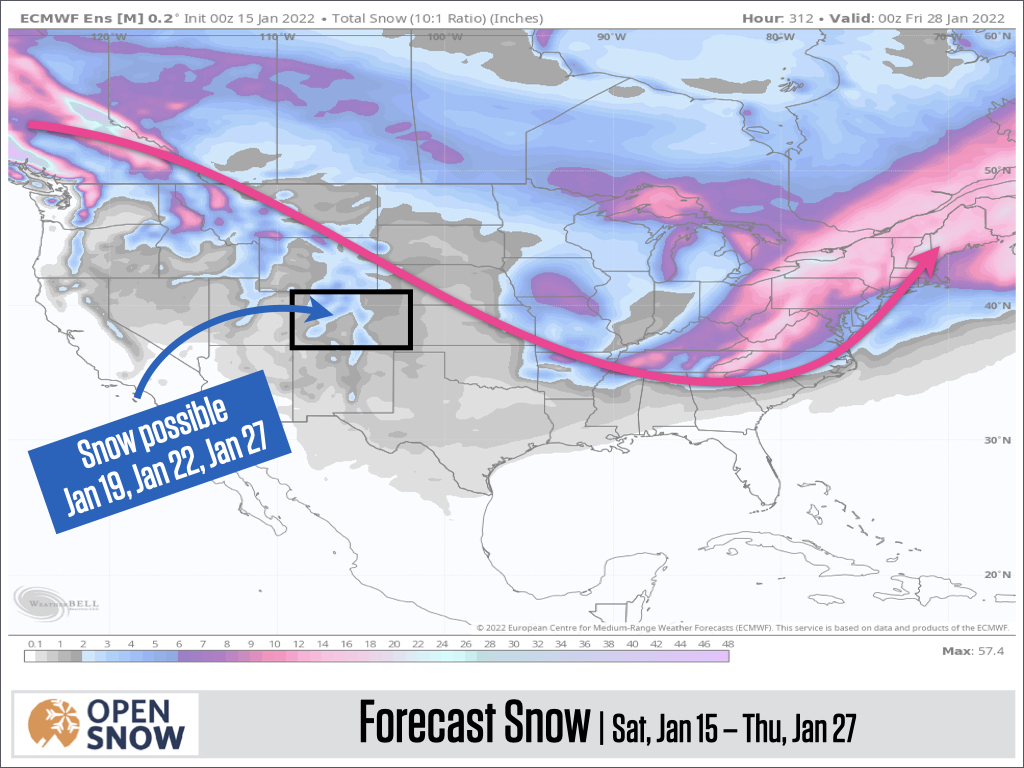 Even with an unfavorable storm track, we could still see some snow as storms brush Colorado on their way to the east. The best chances for some snow during the rest of the month will be on or around Wednesday, January 19, Saturday, January 22, and Thursday, January 27. I am keeping my expectations low for each of these dates, but maybe we'll get lucky and receive more than 'a little' snow.

Looking far ahead, I am closely monitoring our expected shift in the storm track that should happen sometime around the end of January and early February. So far, so good, as the latest longer-range models continue to show storminess and colder air (blue colors below) shifting from the east coast to the Rockies and to near the west coast around early February. 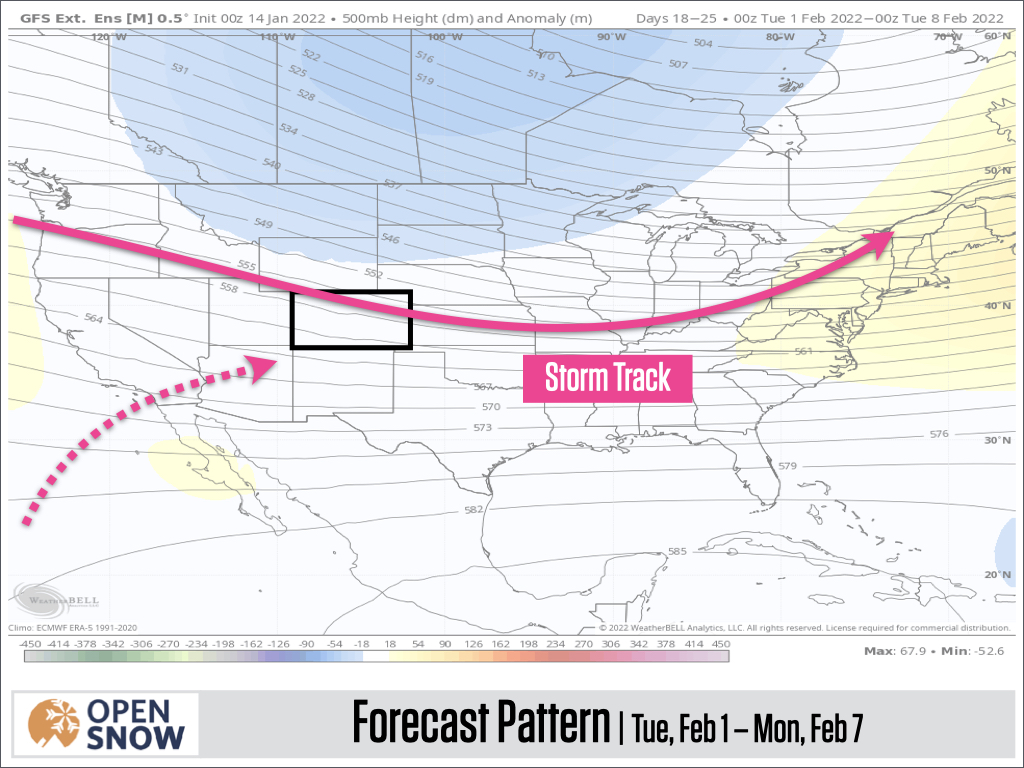 Even if the storm track shifts to a more favorable position around early February as the longer-range models predict, that is not a guarantee for powder here in Colorado. But it does improve our odds for powder quite a bit.