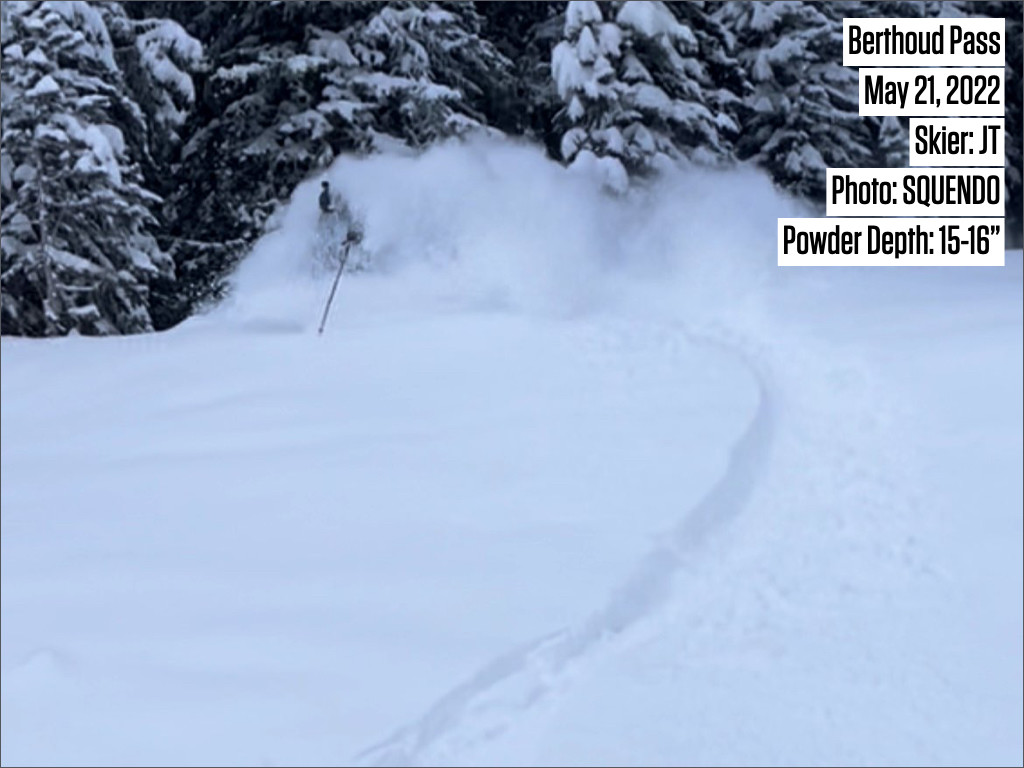 The storm delivered the goods with the highest report of 2 feet of snow and many reports of 10-20 inches.

Our forecast for this late-season storm was that the foothills near and east of the divide would have the best chance for 10-20 inches with more uncertain snowfall west of the divide and some sloppy wet accumulation around the cities of the front range.

In real life, the storm performed as well or better than expected.

The highest storm total was about 24 inches at Floyd Hill in the foothills west of Denver and east of the divide. Other areas in the foothills saw a solid 10-20 inches of snow off of 1-2 inches of precipitation, so we enjoyed both healthy moisture and healthy snow totals.

In the cities of the plains, snowfall was generally in the 4-8 inch range with sloppy, wet accumulations and no real problems on the roads as the high sun angle of May kept the pavement surface warm throughout the storm.

At the open ski areas of A-Basin and the Mary Jane side of Winter Park, snowfall was in the ~16-inch range. If you got out early enough (the sun rises early in late May!), the snow was reasonably light density at the highest elevations. 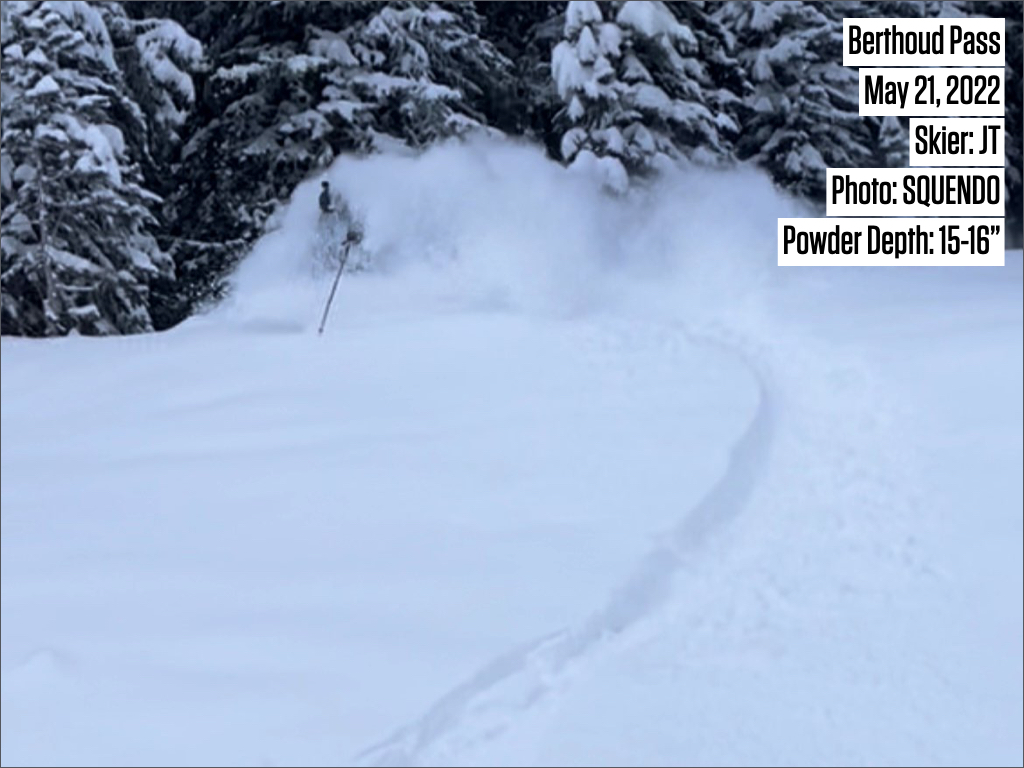 The snowfall east of the divide was helped by a wind from the east, which is an 'upslope' direction for the cities on the plains and the eastern foothills.

But the easterly wind was not the only part of the storm that helped to bring snow.

The jet stream also played a large role and was the main driver of snowfall west of the divide. The jet stream-induced band of intense snow delivered 6-12 inches at Steamboat, then the band sagged south, dropping 1-2 feet along the I-70 corridor mountains and also brought about 10 inches to the Aspen area.

Jet stream generated bands of intense snow can bring the most snow in the shortest time here in the mountains of Colorado. It's reasonably straightforward to forecast the existence of these bands, but knowing exactly where the bands will set up is still beyond the ability of weather models to forecast accurately in a consistent way.

The most amazing snowfall that I saw during this storm came from the jet stream-induced band as it stalled over Copper Mountain. Unfortunately, Copper has been closed for about a month, but fortunately, their snow stake cam was still on to record the dumpage.

On Saturday, May 21 at 3 pm, the snow stake had already recorded about 5 inches. Then the jet stream-induced band of snow moved over the mountain with snow accumulation piling up, going above the stake and winding up around 23 inches at 3 am on Sunday, May 22.

Below is the timelapse of the Copper snow stake starting around Saturday, May 21 at 11 am and ending around Sunday, May 22 at 4 am.

I hope that you were able to enjoy the snow somehow, either by sliding down it, hiking through it, or just watching the Colorado atmosphere put on a late-season show. And of course, aside from the enjoyment that we get out of the weather, we also received the benefit of 1-2+ inches of precipitation – we'll ALWAYS welcome the snow and/or rain here in Colorado, which is, for the most part, a pretty arid climate.

This is likely my last post for a while as I do not see another major late-season snowstorm in the forecast.

Thanks so much for reading and best wishes for a wonderful summer season.

PS - We have a few awesome new features coming out soon. Watch your email and this space for announcements:-)