Bluebird for now, still some snow in the forecast 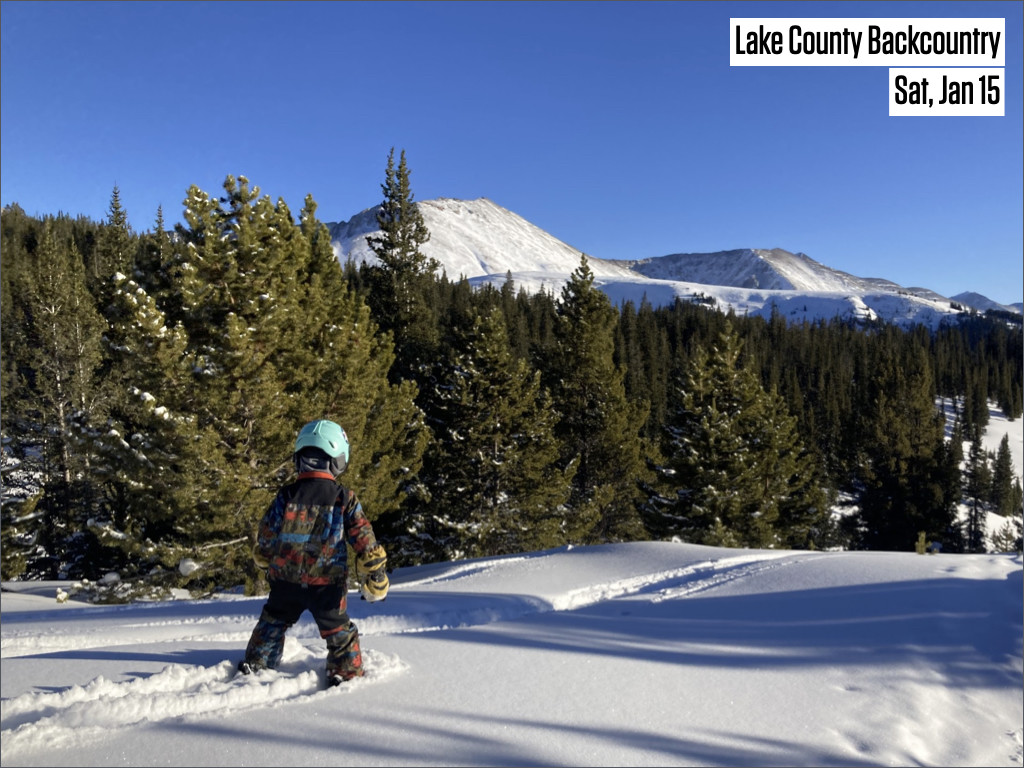 Sunday, Monday, and Tuesday will be dry with comfortable high temperatures in the 20s. From Wednesday through Saturday, we will see a few chances for snow, but amounts look light as the storm track will not be in a favorable position. Looking far ahead, I still think that we'll return to a stormier weather pattern in the western US and Rockies in very late January and early February.

Saturday's weather was about as gorgeous as it can be in mid-January. The skies were bluebird, the winds were light, and temperatures rose into the 20s and low 30s at mid-and-higher elevations. My family and friends took advantage of the perfect weather to get some exercise and explore low-angle backcountry terrain in Lake County. Snow conditions ranged from soft and fun powder to some crunch in places where the snow softened during the day and refroze as the temperatures dropped toward evening. 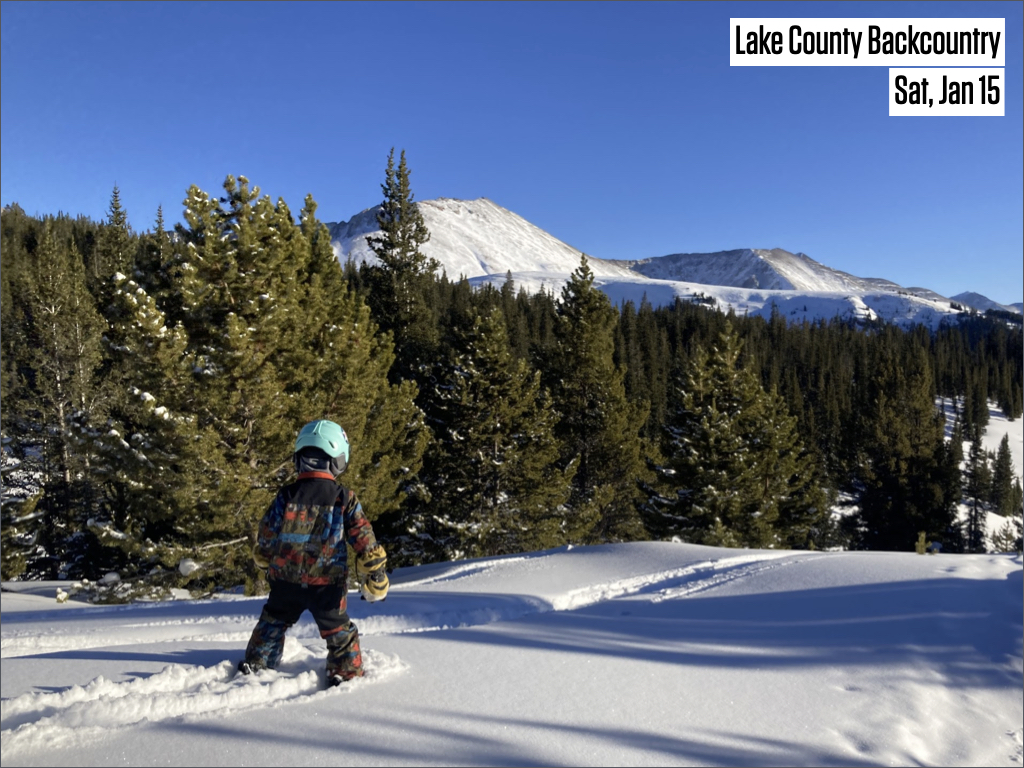 We will see similar weather for the next three days with mostly sunny skies and comfortable temperatures rising into the 20s and low 30s for daytime highs. Snow conditions should stay pretty good as daytime temperatures are not getting that warm and the sun angle is still pretty low.

The storm track for the next 12 days will look like this. It'll stay to our north and east, and our only hope for new snow will be if a few storms can brush by Colorado as they head off to the east. 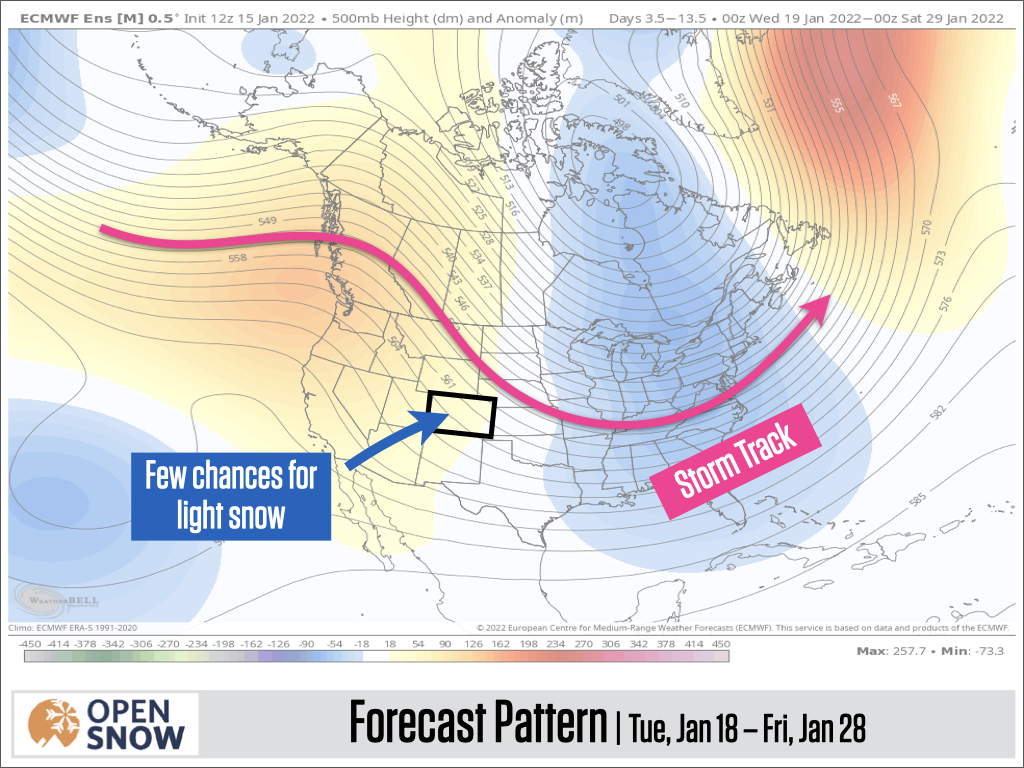 Within the next 12 days, our best chance for snow should be between about Wednesday, January 19, and Saturday, January 22. During this time, a few storms will brush by the northeastern corner of Colorado and could deliver some snow. How much snow? Anything from a dusting to 10 inches depending on which forecast model you want to believe. 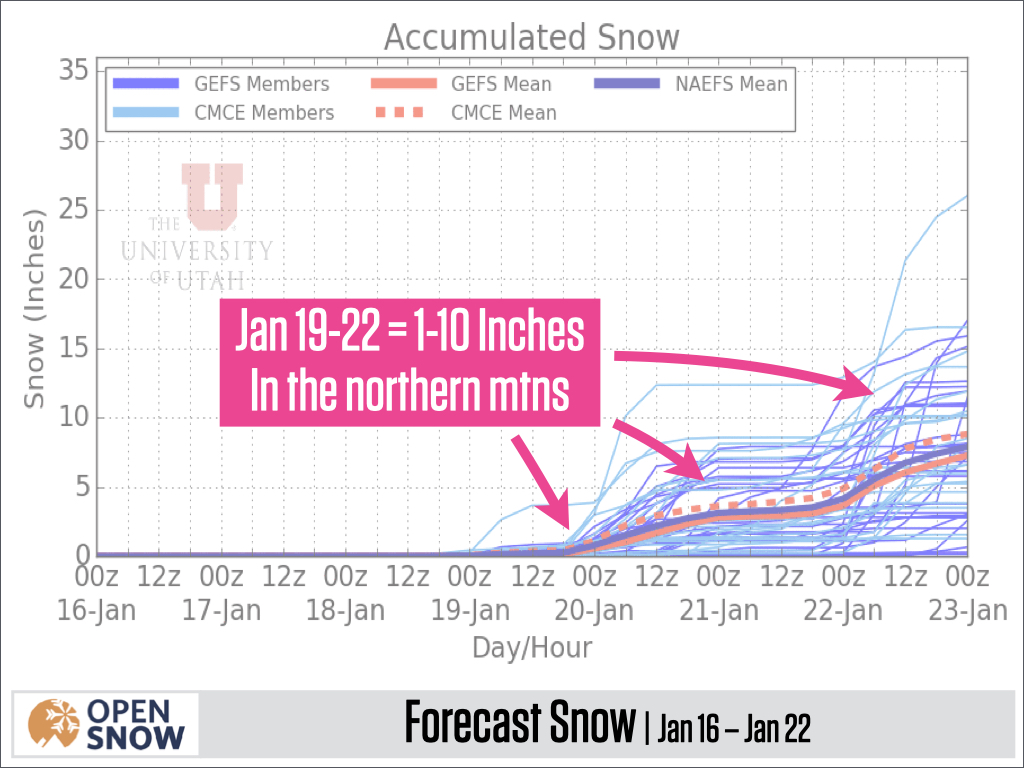 The weather pattern between January 19-22 is NOT favorable for a lot of snow in Colorado, but if these storms track a bit closer to us, maybe we'll luck out and see the higher-end totals. Since the storms will be close to the northeastern corner of Colorado, our northern and eastern mountains would be favored for the most snowfall. I am not holding my breath for powder later this week, but maybe, just maybe, we'll see a refresh of the snow surface in spots.

The other thing to mention about January 19-22 is that, regardless of whether we see a lot of snow or a little new snow, temperatures should be colder, with daytime highs in the teens.

We have been talking about a shift toward stormier weather at the end of January and into early February, and with each day that goes by, all of the longer-range forecast models continue to show this shift. Below is the weather pattern map for the end of January. It's a good thing that the blue colors are now showing up in the western US. 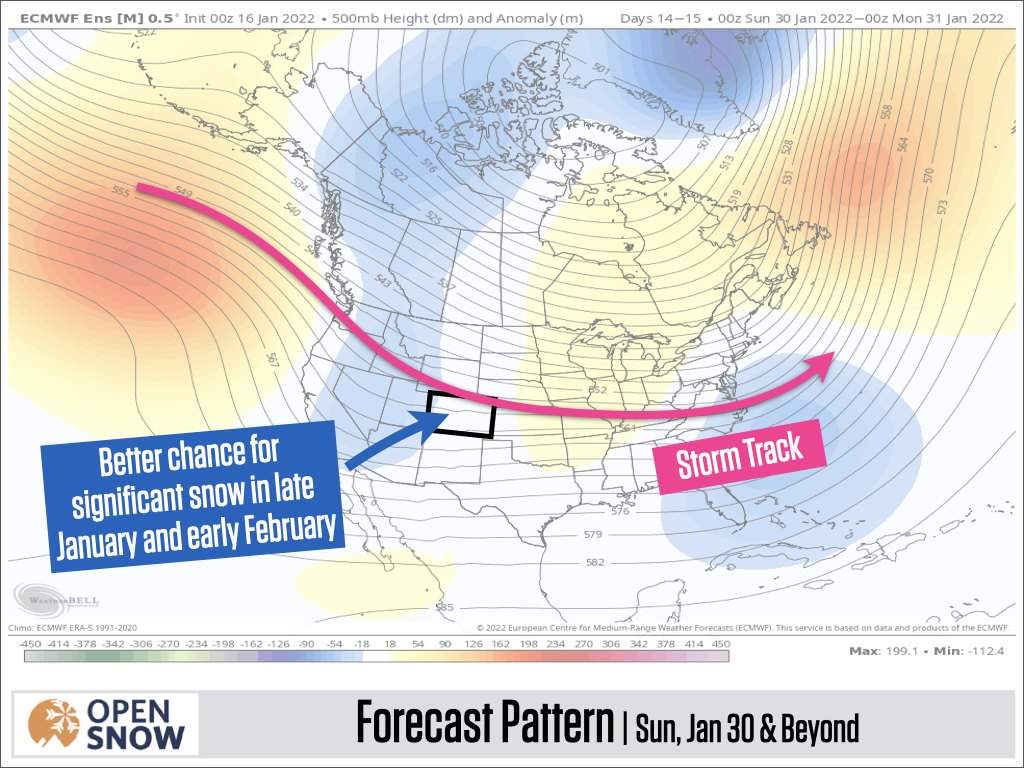 A shift in the weather pattern toward stormier weather in the western US and the Rockies will increase the odds for significant snow here in Colorado in late January and early February, but it is not a guarantee of significant snow. At lead times of 2-3 weeks, we can only focus on the overall pattern and cannot pin down the timing of individual storms or how much snow we could see. I am hoping for the best, of course, but this potentially snowier period is still a few weeks away. I'll keep watching the long-range forecasts and hope that they continue to trend in a favorable direction.