That is it for the 2021-2022 ski and ride season in the Mid-Atlantic. It has been a great season with plenty of fresh turns in a climatologically near-normal snow and precipitation season. January and February were our best months this year, with seasonable and cooler than average temperatures keeping snow on the slopes. Read on for more updates about what happened this season…

This season saw average to slightly below average snowfall throughout the resorts in the Mid-Atlantic. It was a pretty similar winter to the 2020-2021 season, which gave us great skiing and riding conditions. The season started slow, but it ramped up by late December and early January, as cold air moved into the region, which kept snow on the slopes. Here is a look at the season’s snow accumulation. Many resorts saw over 60 inches with the northwestern Mid-Atlantic seeing the most. The lake-effect snow machine produced consistent snow for western New York and northwestern Pennsylvania. The lake-effect snow dynamics did not give the same amount of snow to areas further east into central New York and northern Pennsylvania. These areas saw slightly below average snowfall, but continuous cold temperatures kept snow on the slopes. A mix of cold air outbreaks throughout the season, especially in January and February, kept average temperatures for the season with a few areas seeing above or below the average. 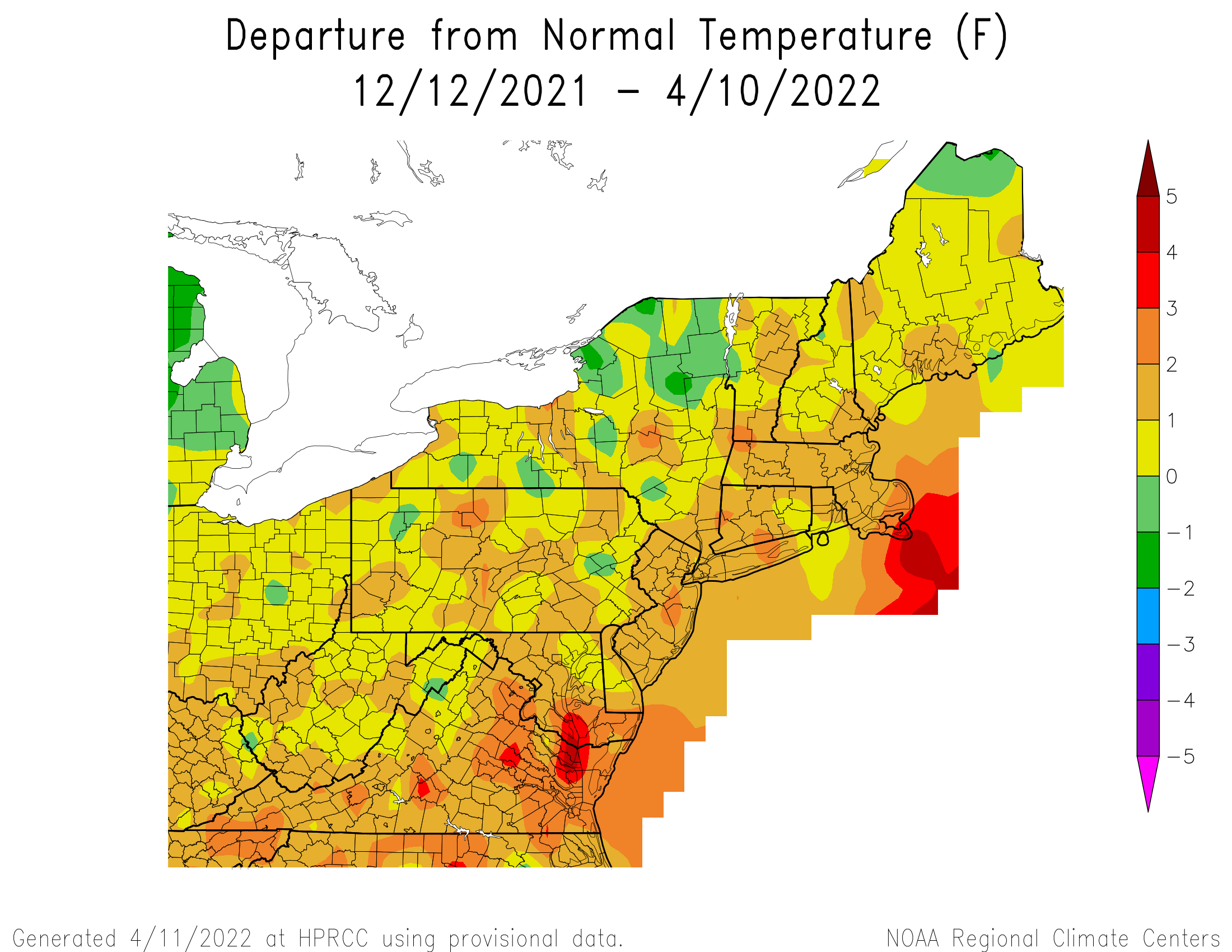 Some of the coldest skiing and riding were in January and February with many days below 0 degrees Fahrenheit, especially in the north. This kept snowmaking strong through mid-season. Check out the lowest temperatures recorded through the region this season! 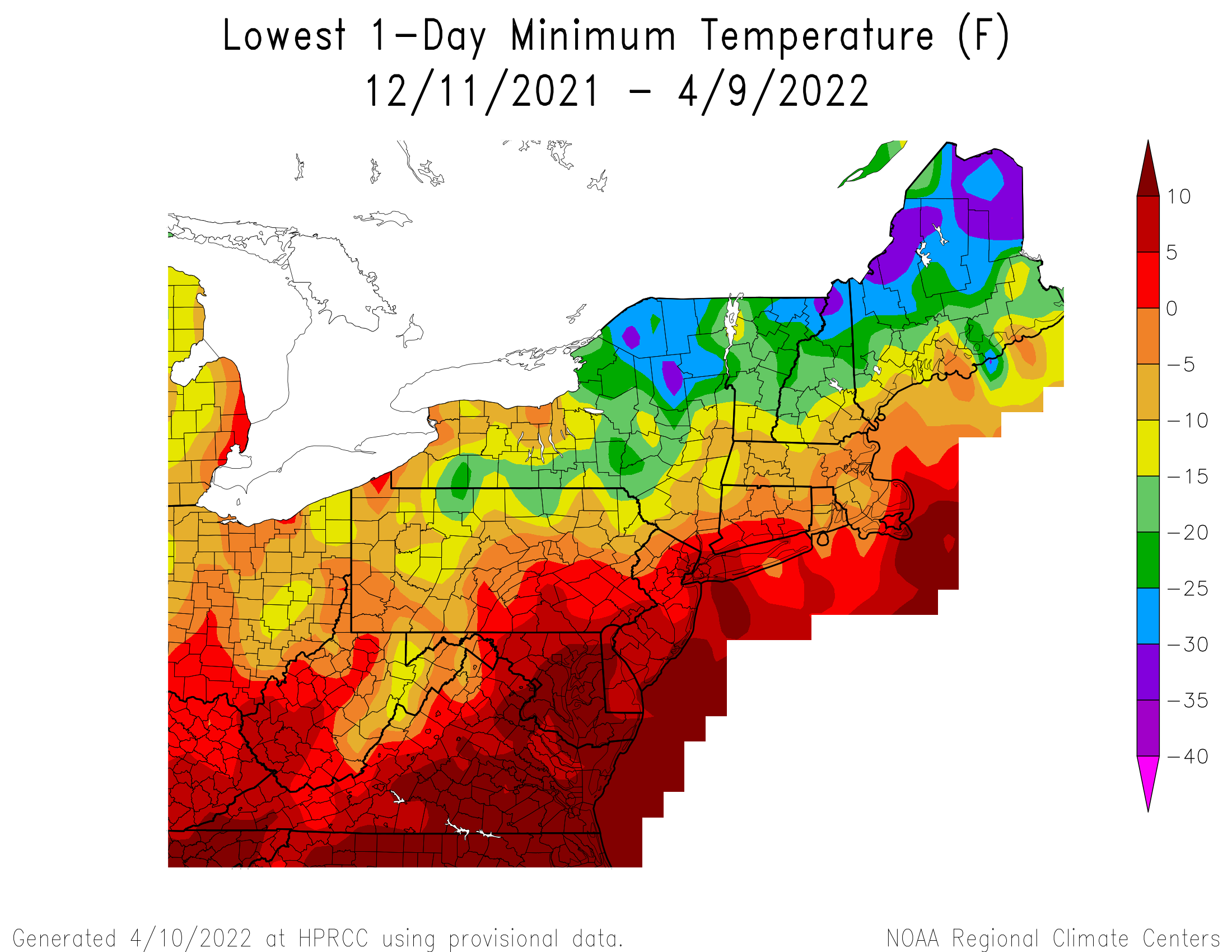 Most of the coldest temperatures occurred in January, despite an overall below-average snowfall month for the region. The most snow fell in February, which was probably the best month for skiing and riding. Several storms including a few Nor’easters brought over a foot of snow with a few even over-performing 2-feet accumulations. By the time we got to March, temperatures warmed substantially which quickly shrank snow cover on the slopes. The last half of March cooled down and gave us some late-season snow, which allowed resorts to hang on to thinning coverage to start spring. The big story late in the spring was consecutive major snow squall events, which kept resorts to the north open and several staying open until April!

It was a great ski and ride season and I really appreciate all of those who read the forecasts and gave our new @FindEastSnow Twitter account a follow. I’ll be back next year with a more active Twitter account and updating you all on the latest (and best) Mid-Atlantic ski and ride forecast. Have a great summer and talk to you by November!