Saturday and Sunday will bring a mix of drizzle, rain, fog, wind, and maybe a thunderstorm for the two resorts still open. This week could bring a little bit of light snow with temperatures mainly in the 30s and 40s for Lutsen and Bohemia.

This weekend will bring off-and-on showers and maybe a thunderstorm or two to Lutsen and Bohemia. Look for foggy conditions to be present, especially on Saturday along with gusty winds.

Here is a look at Lutsen Saturday morning - very foggy!

If I were to pick a day to hit the slopes, I would probably pick Sunday as there will be less rain and fog - look for very soft snow as it will not drop below freezing Saturday night.

Below is the forecast precipitation through Sunday evening, starting Saturday morning, which shows the heavier rain on Saturday and Saturday night:

I've not seen anything from either Bohemia or Lutsen that they are not open this weekend but be sure to check ahead just in case - the rain may impact operations.

With most of the snow over for the season, let's take a quick look at how the Midwest did this season relative to normal!

Below is snowfall as a percent of normal, with blues indicating more than normal and reds indicating less than normal. It was a banner year at Lutsen, which as recently as last week still had 3 feet of snow on the slopes for a base!

For the resorts near the Twin Cities and over into southern Wisconsin it was a disappointing season with less snow than we would expect. 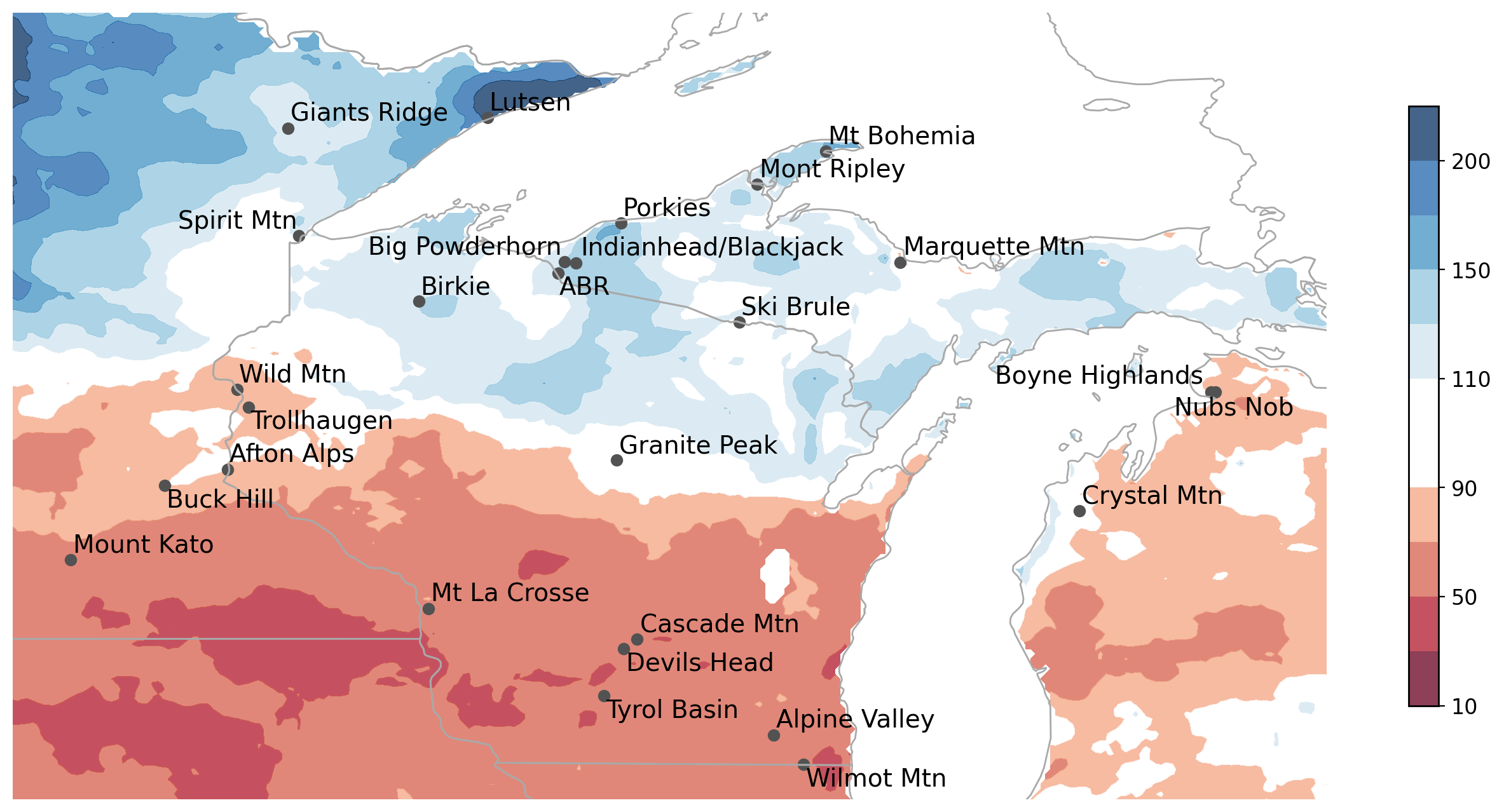 This will likely be the last forecast of the season. Thanks for reading and following along for our first year doing the Midwest Daily Snow - much appreciated!

There may be a little bit of light snow for Lutsen and Bohemia in the middle of this upcoming week, Tuesday into Wednesday, otherwise, temperatures will mainly be in the 30s and 40s.

Hopefully, we don't get another wet weekend next weekend and it's more enjoyable on the slopes at both locations, which have both advertised remaining open, but this rain may alter those plans.

Liked what you saw this season? Would you like to see something different for next season? Email us at [email protected]!