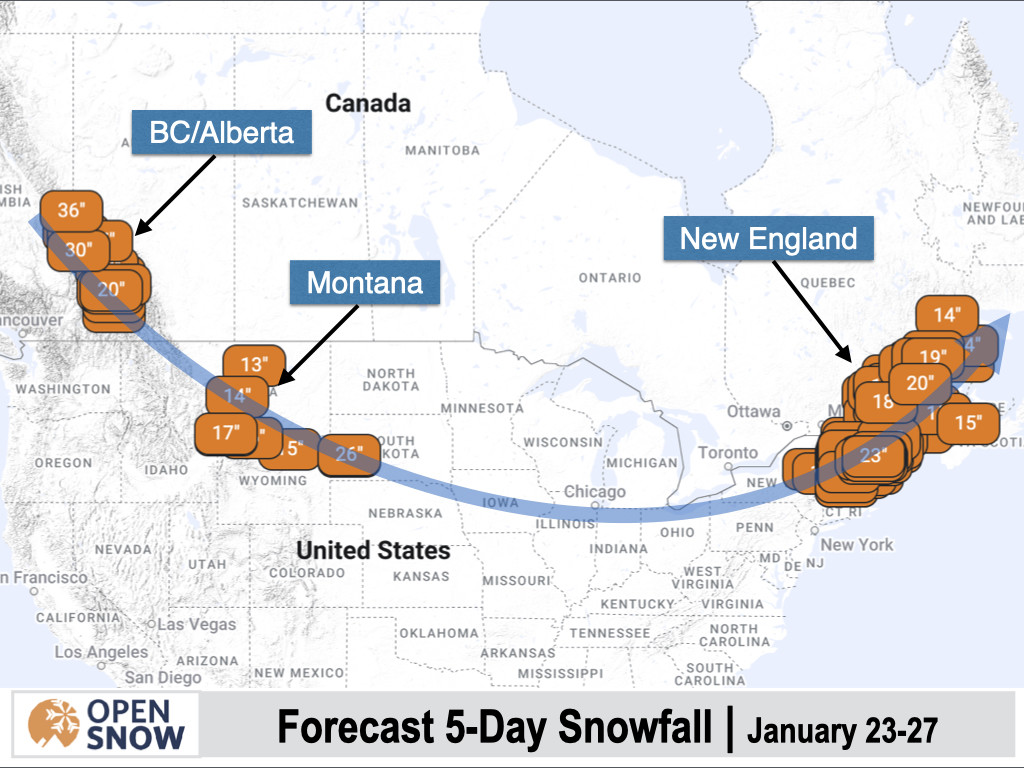 New England scored deep snow totals last weekend and more storms are on the way this week which will help to boost the snowpack after a slow start to the season. Out West, a storm will impact Arizona & New Mexico on Monday, then a northwest flow storm track will be the main feature for the rest of the week with snow favoring Eastern BC, Alberta, and Montana with snow reaching Northern CO as well.

Storm Track over the Next Five Days:

High pressure along the West Coast will promote a northwest flow storm track (winds aloft blowing out of the northwest) over the Interior West, which will favor areas near the Continental Divide over the Northern and Central Rockies. An active pattern will continue across the East as well with multiple storms favoring the Northeast and New England over the upcoming week.

Check out our Powder Finder for the deepest forecasts across North America. 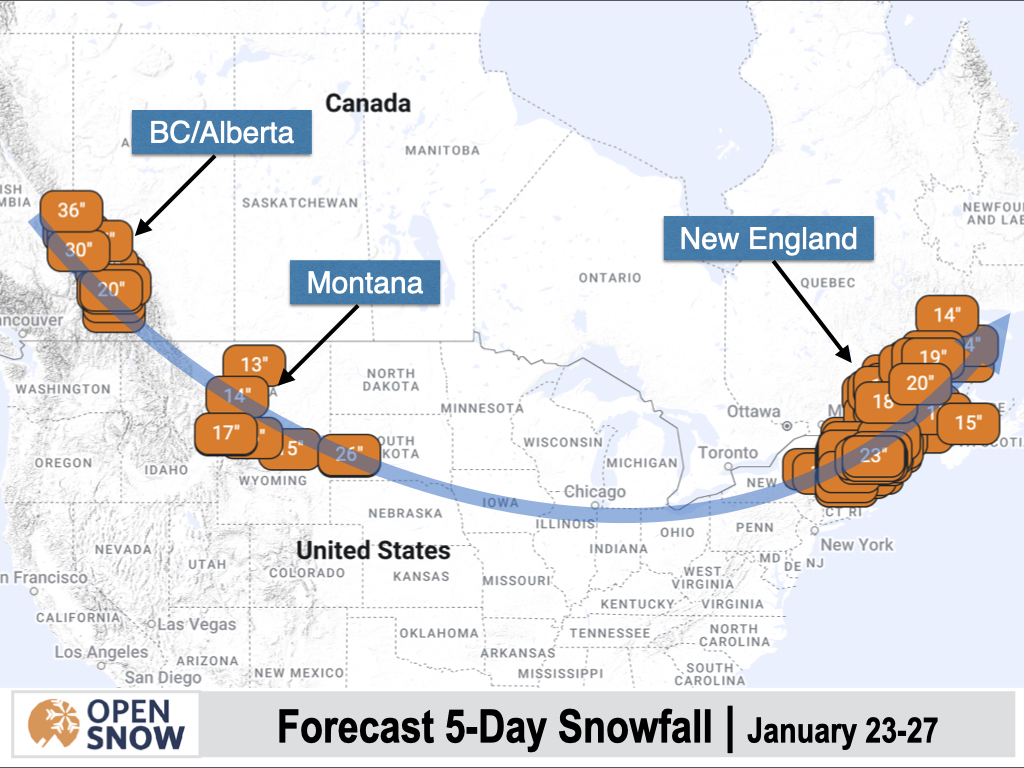 A strong storm will impact the East on Monday with colder air also arriving, resulting in significant snow totals for parts of New England with light to moderate snow across the Central and Southern Appalachians. A secondary wave will bring another round of snow showers to New England on Tuesday.

Out West, a storm will bring snow to parts of Arizona, New Mexico, and Southwest Colorado on Monday before exiting on Tuesday.

A storm will bring heavy snow to Alaska and Northern/Central BC on Monday before moving southeast on Monday night and Tuesday with lighter and more variable snow for the Northern & Central Rockies. Areas east of the Divide in Montana can sometimes see sneaky good snowfall in these types of patterns. 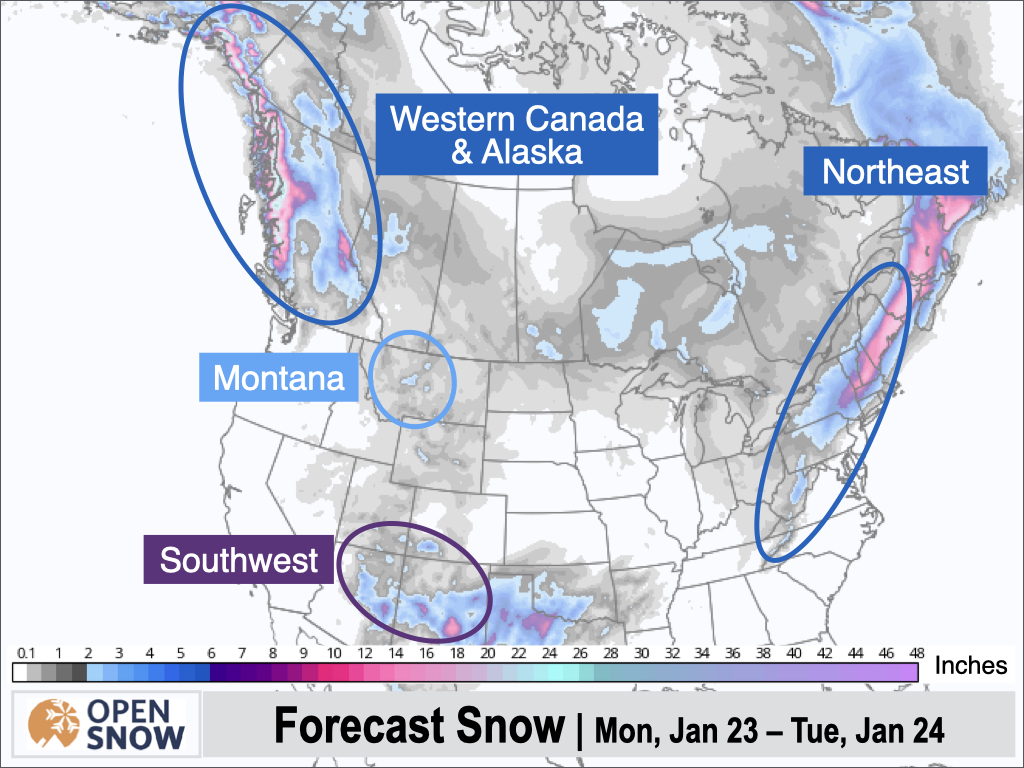 A strong storm will impact the East during this period but warmer air surging northward will result in a transition to mixed precipitation as far north as New England on Wednesday night before changing back to snow throughout New England on Thursday with snow showers for the Central & Southern Appalachians.

Another northwest flow storm will bring snow showers to the Rockies from BC/Alberta to New Mexico during this period, favoring areas near the Continental Divide. Light snowfall is expected for the most part, but these patterns can sometimes surprise with sneaky good snowfall possible in some areas. 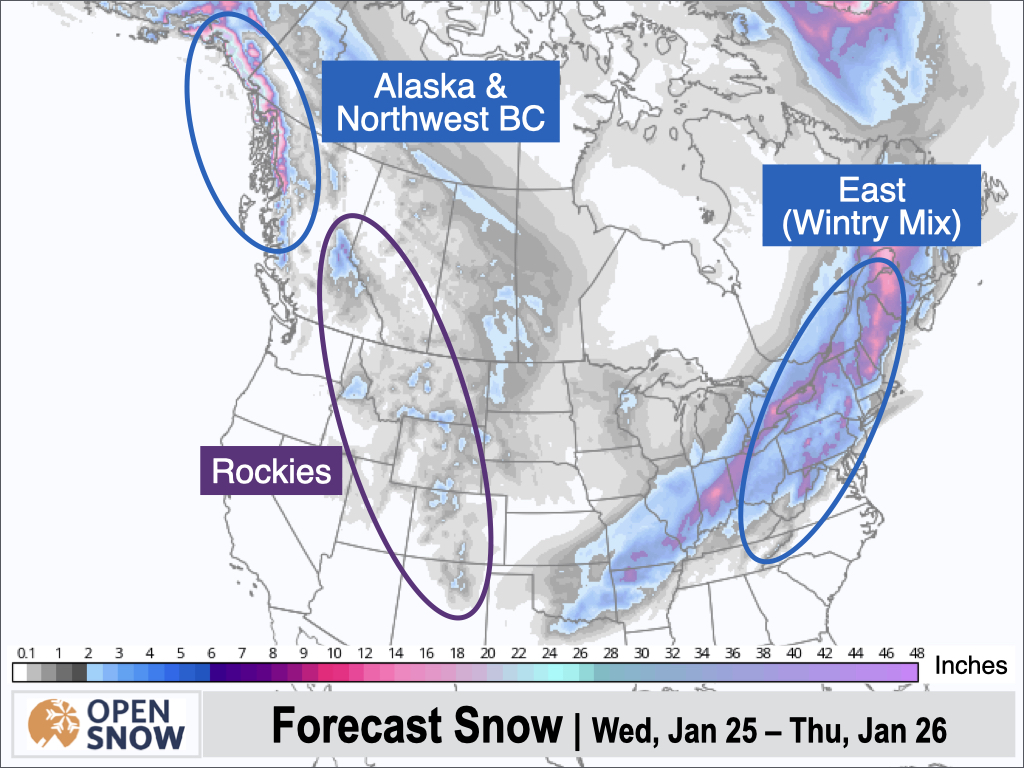 A stronger storm will impact the West during this period, and an arctic cold front will be involved which could act as a focal point for heavy snow in some areas. There are still some question marks on the storm track, but for now, BC, Alberta, and the Northern U.S. Rockies look most favored, and possibly the Cascades as well.

Snow showers will remain possible across the East early Friday, then a weaker storm could bring snow showers to the Great Lakes and Northeast again on Saturday. 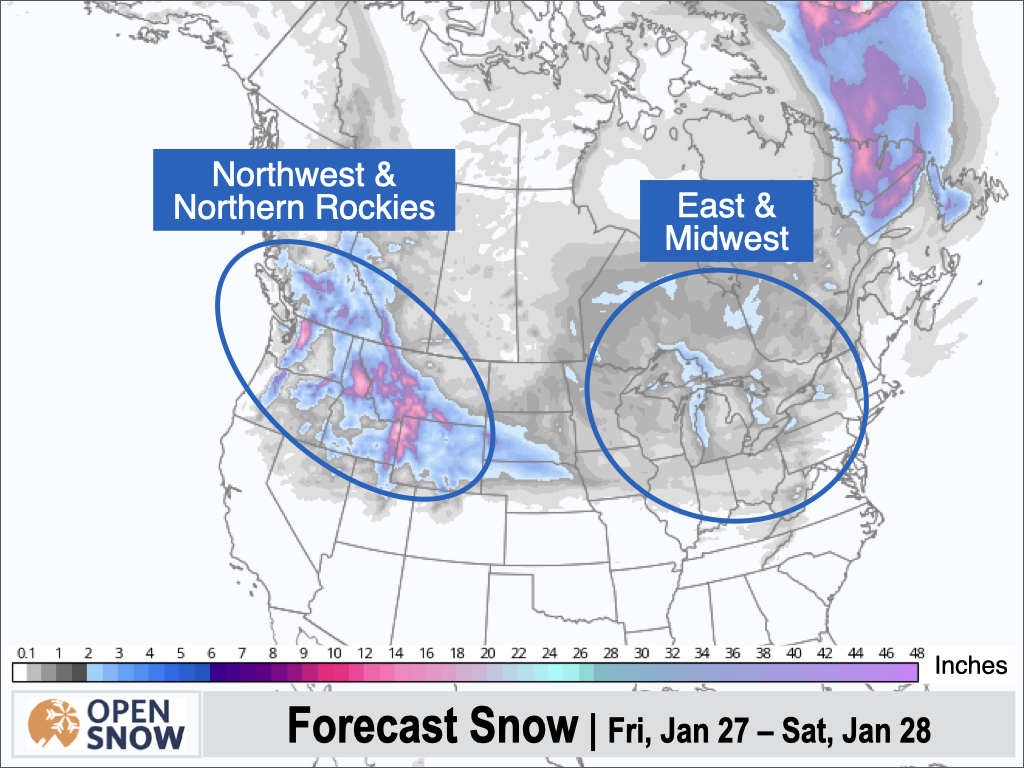 High pressure will shift away from the West Coast during this period, opening the storm door back up to a larger portion of the West including the Sierra, Wasatch, and Central Rockies. Temperatures will also be colder than average throughout the West. An active pattern will continue across the East as well with the Great Lakes region and New England favored to pick up more snow. 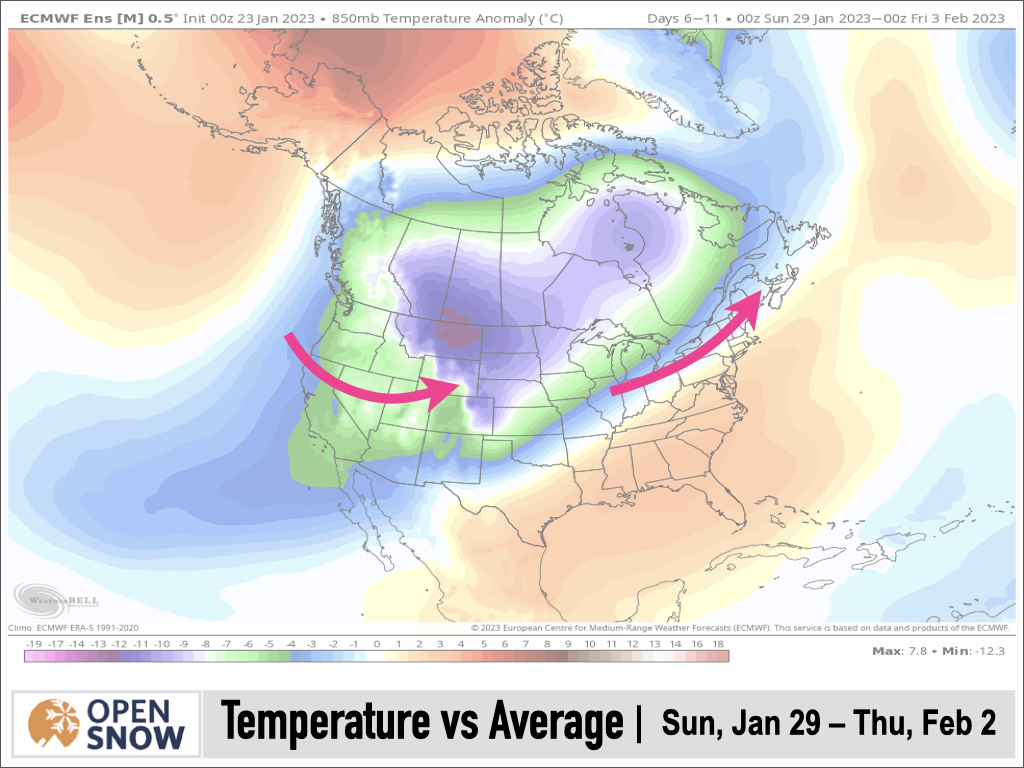