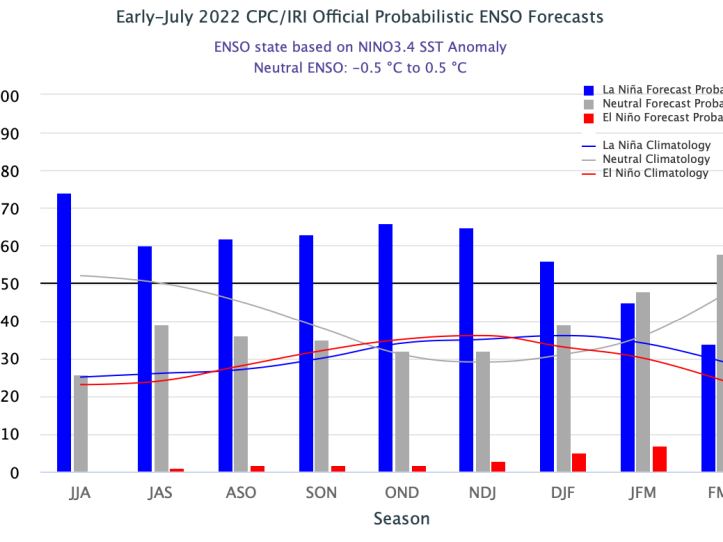 As is always the case, it has been hot and dry for most of Utah so far this summer. While we wait out the hottest period of the summer, we take our first look at winter.

It's been a couple of months since the last post and we are now more than halfway through meteorological summer (June 1 - August 31), so I figured we'd take a quick look at summer so far. It's been hot. Despite some cooler stretches in June, we're averaging a temperature of 79.8F so far this summer at Salt Lake City airport. This is the third hottest summer on record to this point in SLC. However, it's more than 3F cooler than the avg temp at this same point last year. So if there's a victory, it's that while we are hot, it's not nearly *as* hot as last year. 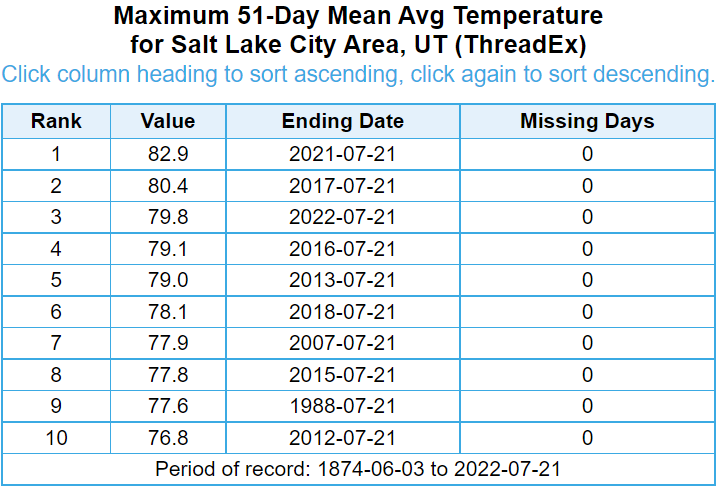 As for precipitation, Northern Utah has been dry. Summer precipitation is always sporadic in nature, so it's tough to gauge exactly how dry we've been, but most of the major Northern Utah sites are at about 50% of normal precip for June and July so far. Southern and eastern Utah have fared a bit better with monsoonal moisture surges and are generally having a near to above average summer in terms of precip. Our drought remains strongly in place, but soil moisture is better than last summer and we aren't quite in as severe drought as we were in July 2021.

The climatological hottest stretch of summer is the last week of July for most of Utah. Predictably, it will remain hot for the rest of the month. The good news is that August gets a bit cooler, especially at night and therefore hopefully it will be a bit more bearable.

Ready for a winter forecast? Well, as always, we essentially have no idea what will happen in winter. We've had two consecutive La Nina winters and neither were particularly good for us. NOAA currently expects higher than normal chances for La Nina to continue into a third winter: 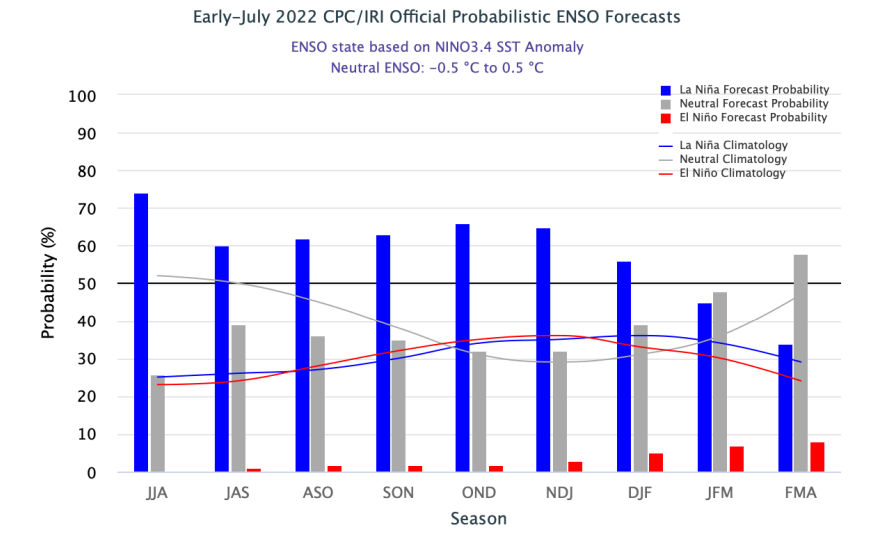 All we can do at this point is hope that it doesn't mean another lower-than-average snowpack. As always, I'll be back later this summer and in the fall as we start to see some more winter-like storms show up. Until then, you can follow me on Twitter (@WasatchSnow) for some anecdotal weather information and the occasional dad joke.