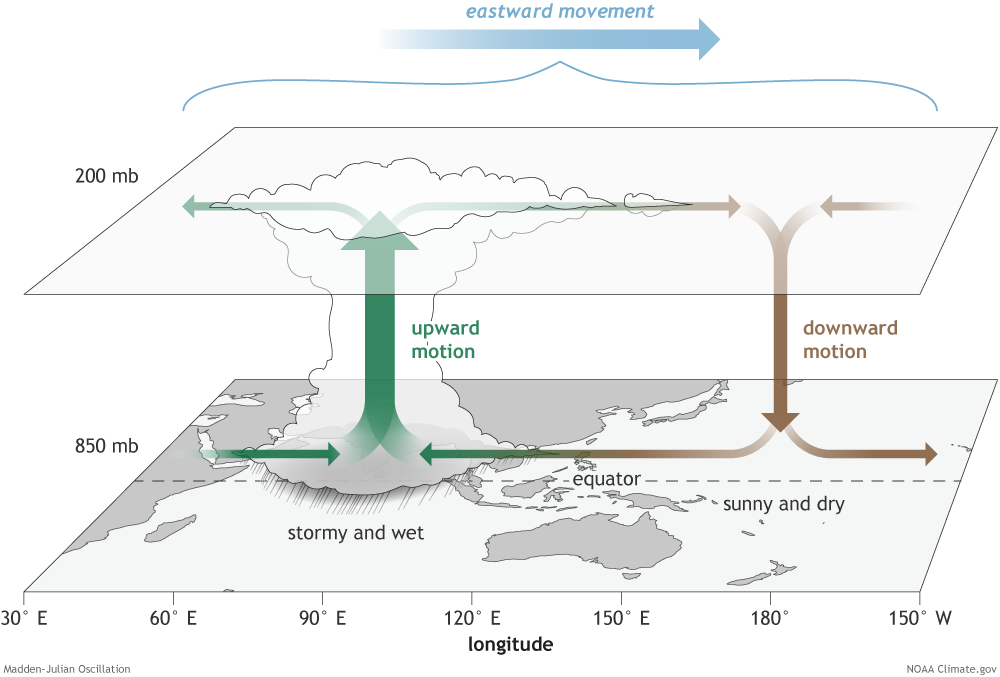 The Madden Julian Oscillation (MJO) is an important factor to consider when forecasting weather patterns in the mid-latitudes (including the United, Canada, and Europe). Sometimes the MJO leads to cold weather outbreaks in the eastern U.S. and increased storm activity in the western U.S.

So what is the MJO and how can we use it to forecast potential weather patterns 1-2 weeks in advance?

What is the MJO?

The MJO is a disturbance of clouds, rainfall, winds, and pressure that moves eastward around the planet near the equator. It takes on average 30 to 60 days to circle the globe. 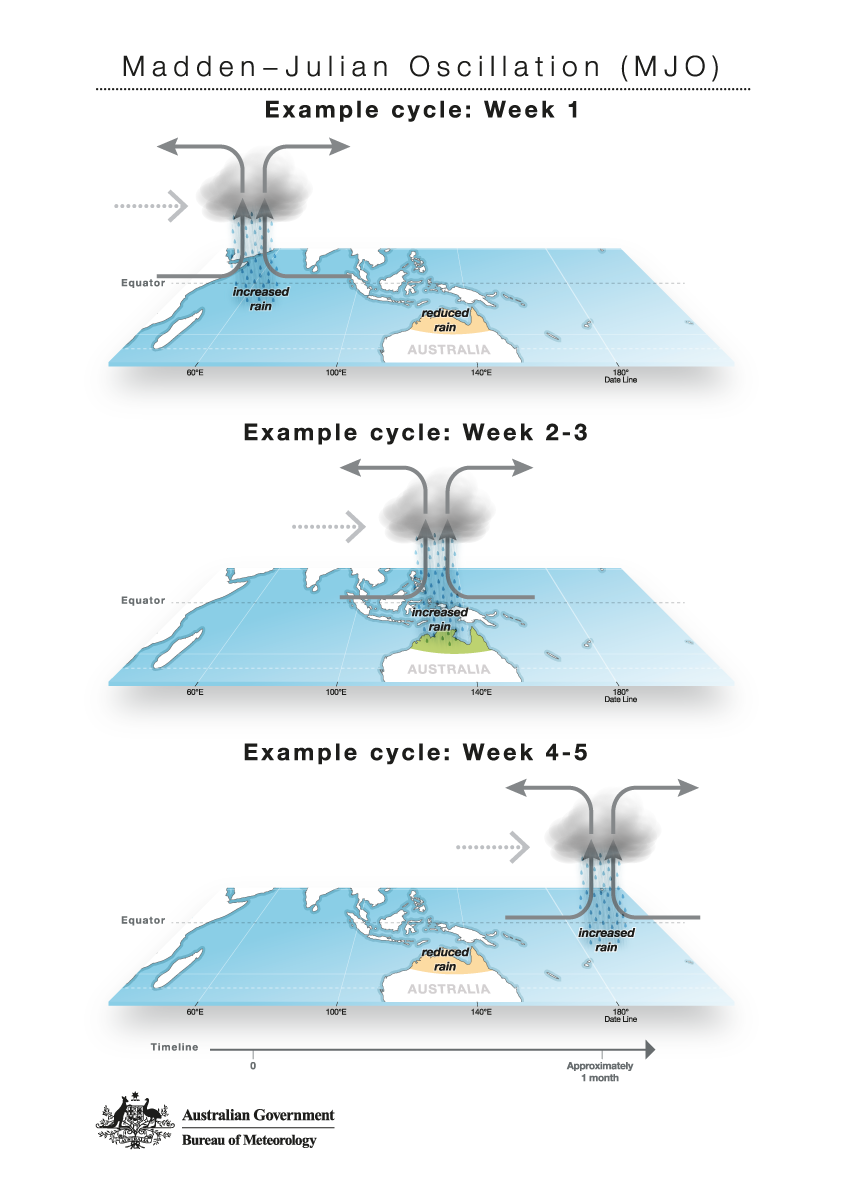 How Can We Track and Forecast the MJO?

Think of the diagram below as if you were looking down on a globe, and the center of the circle is the north pole.

The yellow lines show various forecasts of the MJO, and the green line is the average of all forecasts.

While the graphic above is one of the standard ways to track the MJO's strength and movement around the globe, there are other ways as well, such as looking at changes in wind patterns, increased moisture, or cloud reflectivity.

Does the Position of the MJO Impact Our Weather?

The strength and phase of the MJO can impact the location of the jet stream as well as the formation of storms (troughs) and areas of dry weather (ridges). This means that yes, the MJO can influence patterns of precipitation and temperatures.

For example, the maps below show areas of above average and below average precipitation that corresponds to the location of the MJO as it moves around the globe. The eight maps correspond to the eight possible phases of the MJO. 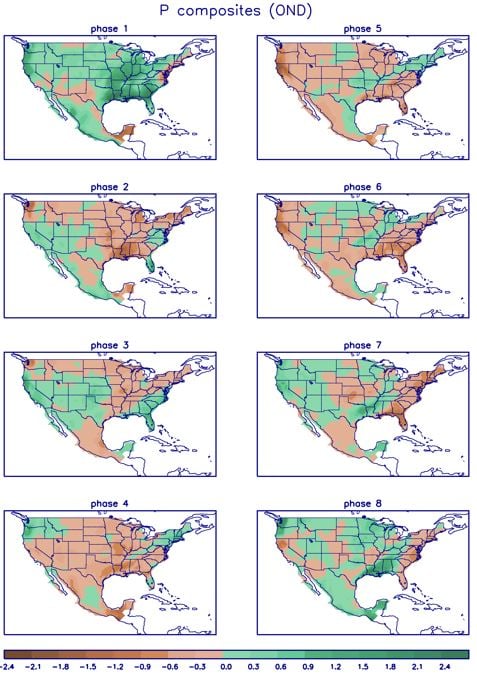 Based on the graphics above, the MJO is forecast (green line) to move into phases 8 and 1, which could favor more precipitation in the Northwest, the West Coast, and the Southeast.

How the MJO Can Temporarily Change Dry Patterns to Wet Patterns

This scenario can shift or break down a stubborn high-pressure area that may be blocking storms from the West during the winter, and temporarily open the storm door for about a week or so.

This is why we monitor the MJO and consider how active and in what phases it could be over the next two weeks.