The Cold Cycle Rolls On 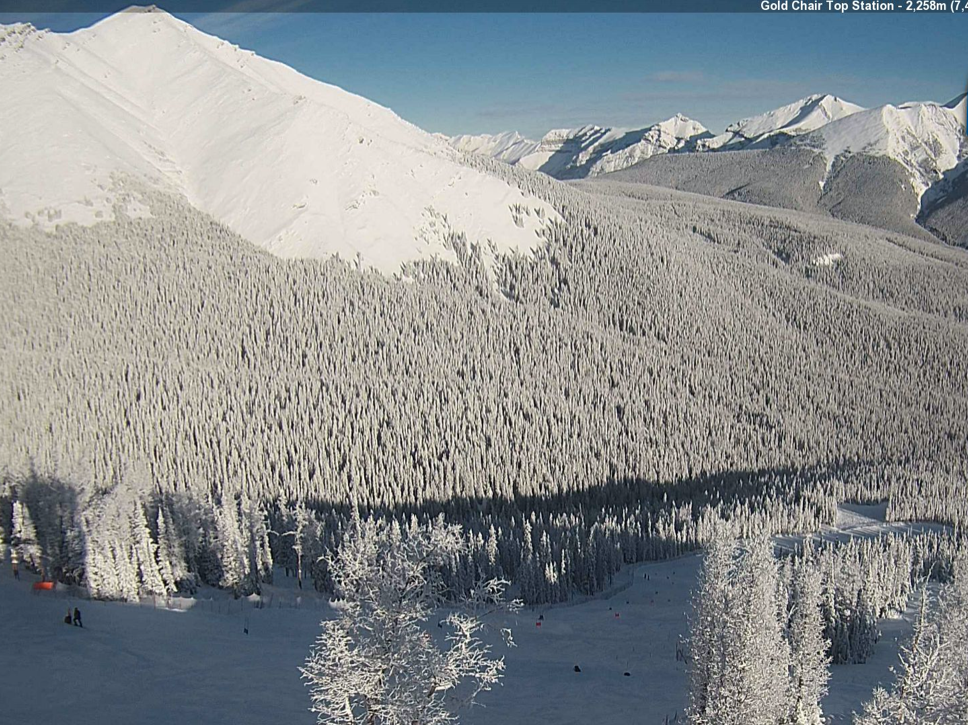 Cumulative storm totals over the last 48-hours were led by Nakiska (not a typo) with 21cm, 18cm fell at Castle, 16cm at Sunshine, 12cm at Marmot, and 8cm at Louise. High pressure on Tuesday will be short-lived as another, somewhat weaker shortwave moves through the Rockies on Wednesday. High-pressure returns Thurs. – Sat. before another Pacific storm system brushes the Rockies next Sun. – Mon.

Below: With 21cm of snow over the last 2 days Nakiska basks under the sky-blue skies of the spectacular Kananaskis Country. 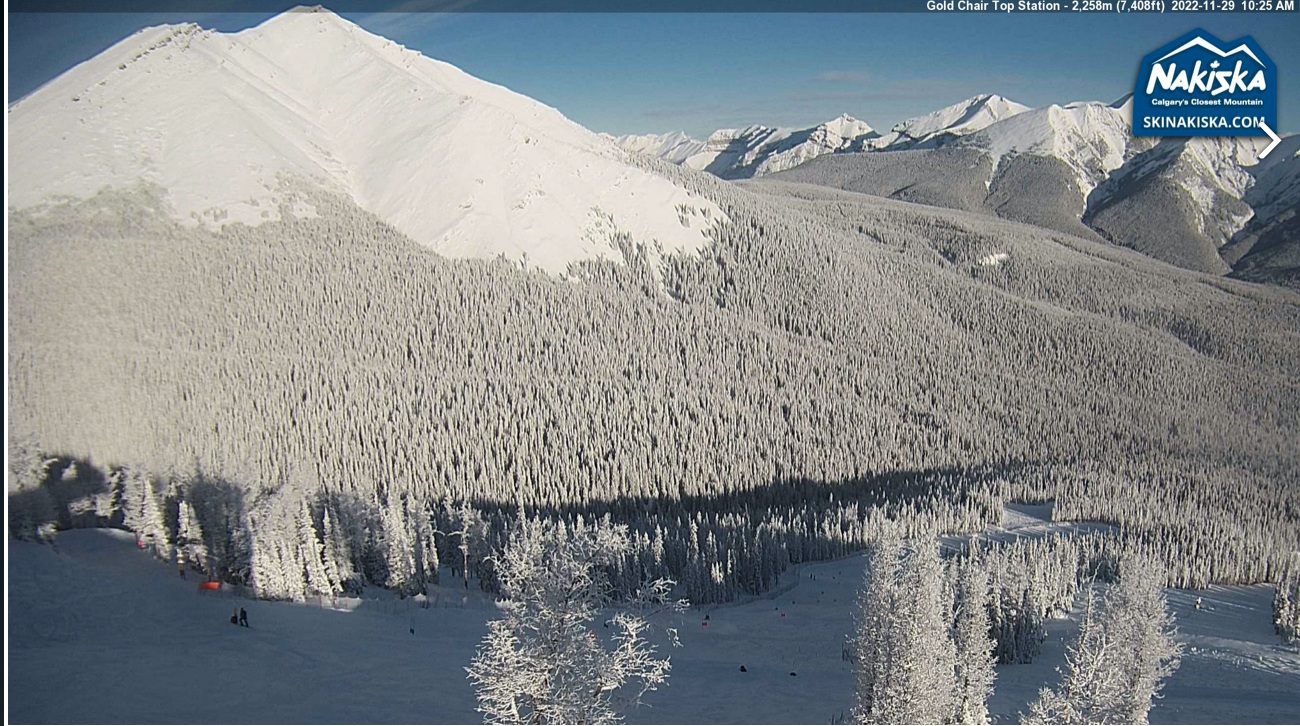 Tuesday: Arctic high-pressure is bringing a crisp, blue-sky kind of day across the Rockies. Frostbite warnings for any exposed skin. Actual surface temps at 2200m will be in the low to mid -20’sC with a 3 PM afternoon high around -19C. Light E/NE winds.

Wednesday:  The ridge is bumped slightly east super early on Wednesday morning as a wave from a weakening BC storm system moves over the Continental Divide. Periods of light snowfall will persist through the day with around 4 – 6cm for the resorts from Nakiska all the way north to Marmot by last chair. Slightly higher accumulations across the South Rockies at Powderkeg (Crowsnest Pass), and Castle with 5 - 10cm likely. Lows around -21C and highs around -15C at 2200m. Variable winds (S/SW) 15 – 20kph with gusts to 40kph on alpine ridgetops.

Thursday: Residual moisture from the departing frontal system will interact with arctic air in place keeping numerous snow flurries in the forecast Wednesday night into Thursday morning, especially for the South Rockies. Possibly another 4 – 8cm will fall at Castle Mountain (re-opens Friday 12/2). Trace amounts to 3cm for points north to Lake Louise are possible by first chair. Otherwise, cloudy skies with possible afternoon sunny spells. Temps at 2200m with a morning low of -19C, with an afternoon high of -14C. Light W/SW winds.

Friday: Arctic high-pressure rebuilds across the Rockies. Sunny skies with light SW winds. Friday morning’s mid to upper mountain (2200m) low temps will be frigid at -25C. Temps will slowly moderate to around -16C by the afternoon hours.

Saturday: Partly sunny in the morning transitioning to mostly cloudy skies during the afternoon hours. Continued cold across the Rockies (at 2200m) with morning lows around -23C with afternoon highs around -15C. Light and variable W/SW winds.

Below:  Canadian HRDPS model animation for projected snowfall for the period Tuesday afternoon 11/27 through midnight Wednesday 11/28 shows the weakening storm system brushing the Alberta side of the Rockies.

The cold cycle keeps on turning as another deep low-pressure trough is progged to dig in across Western Canada on Sunday into Monday allowing an arctic cold front to slide into the Rockies. Confidence is increasing as the models are indicating measurable snowfall in the 5 – 15cm range as the front passes Sunday/Sunday night. With the system expected to advance north to south along the east side of the Rockies, places like Nakiska and Fortress (KPOW) could outperform these numbers.

Behind the cold front, arctic high pressure will deliver cold and dry conditions through the middle of next week. Expect lows in the low -20’sC with highs in the upper negative teens C. By next Thursday temps look to moderate as a SW flow looks to develop across the region.

Below: Euro model animation for the entire forecast period (Tuesday 11/27 through Thursday 12/8) accentuates the continuing cycle of stormy periods (in blues) and arctic high-pressure ridges (in reds/yellows).

Thanks for tuning in, next update will be on Thursday 11/27.

Castle Mountain   RE-OPENS for the season on 12/2, then daily op’s