New England or the Rockies!

Decent amounts of snow are being reported in New England, Colorado, and even Utah where snow is slowly winding down. One final push of snow happens Friday evening for Colorado. Next week brings another decent storm to the Continental Divide (Colorado).

As of Friday morning here are some highlighted snow totals

Where to chase powder? Looking at the short term High-Resolution Models (Does a good job in looking at moisture for the short term) for New England it appears there is a decent amount of snow that will fall on Friday favoring southern Maine, central Vermont, and New Hampshire, and even sneaking into central Maine near Sunday River 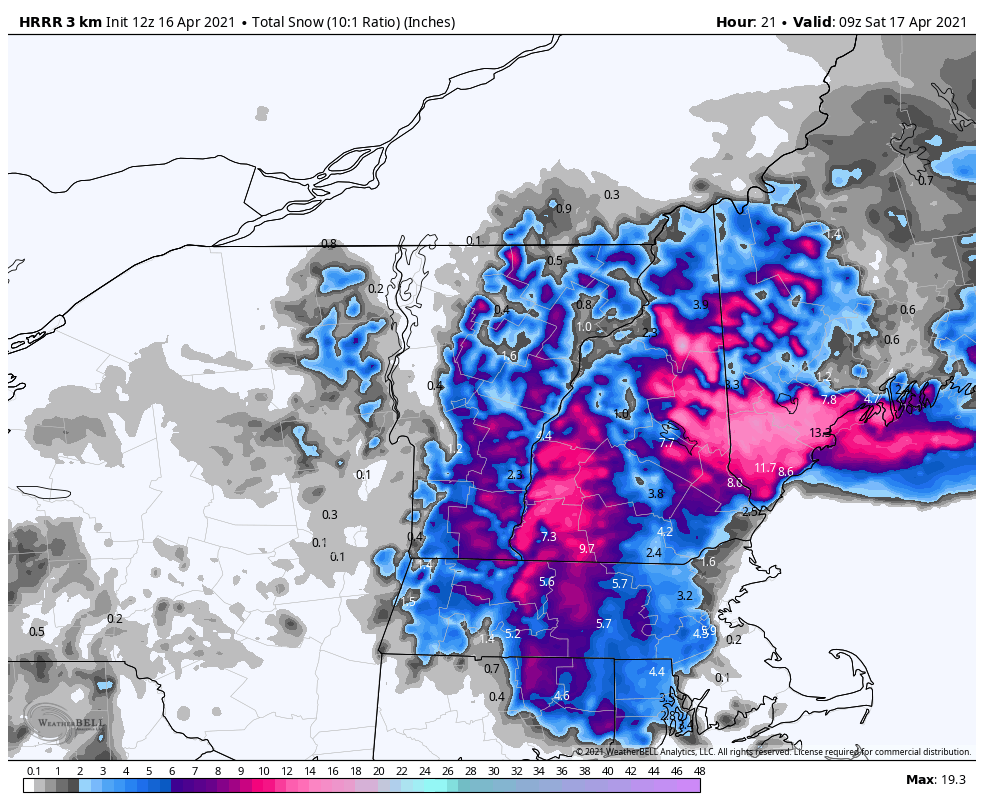 Meanwhile in Colorado, the models bring another wave of moisture into the State Friday afternoon through Saturday morning. This will favor the central mountains extending from Leadville through the eastern San Juan Range. Models depict some snowfall for southern Summit County (Breckenridge) as a wildcard. Further south it's possible that Monarch pass scores snowfall with Wolf Creek sitting just west of the highest amounts.

Below: Additional snowfall late Friday to Saturday peaking some higher amounts just south of Summit County that extends some moderate snow further south just north of Del Norte. Wolf Creek should grab some snowfall but amounts are likely going to on the light or moderate side. Keep an eye on webcams.

Looking further ahead another storm will impact Colorado on Monday. This could land another round of moderate or heavy snowfall for the mountain ranges closest to the Front Range. Some weak disturbances will be embedded over Utah by midweek. Another system is likely to impact southern Montana and even the Tetons at some point late next week.

Below: Decent system likely for the Front Range of Colorado on Monday.

Below: Some weak disturbances move over the west mid-next week. 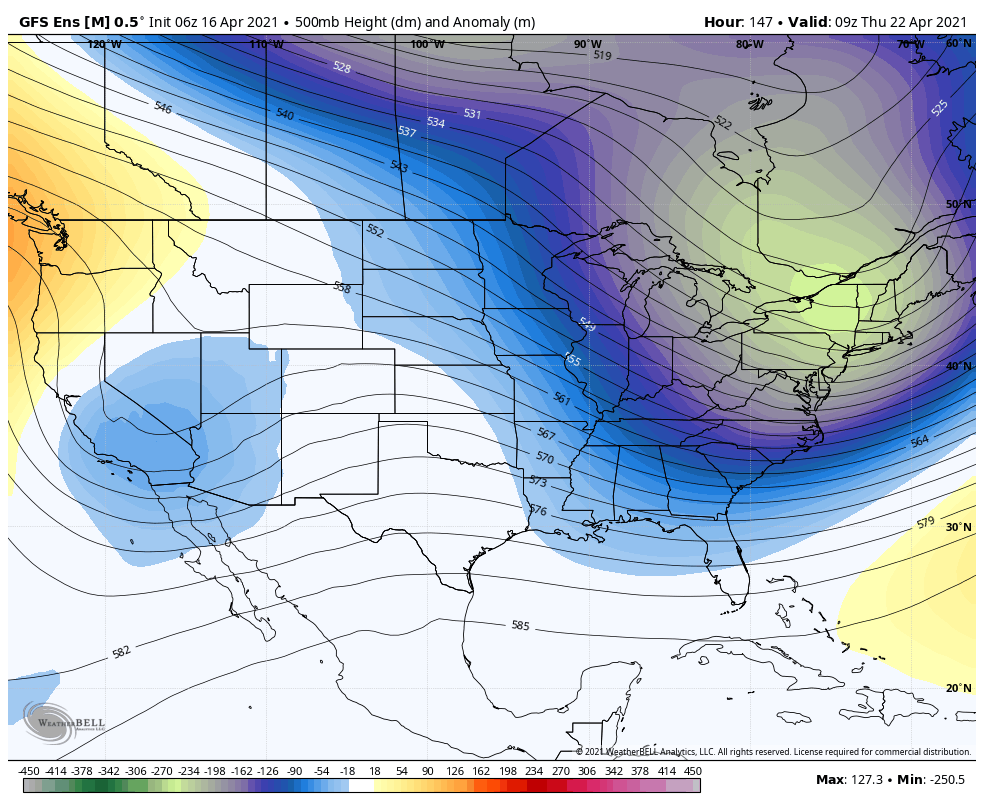 Below: Cold front with some precipitation is likely over the northern Rockies late next week. This might impact Montana and Wyoming.

Enjoy the powder everyone!