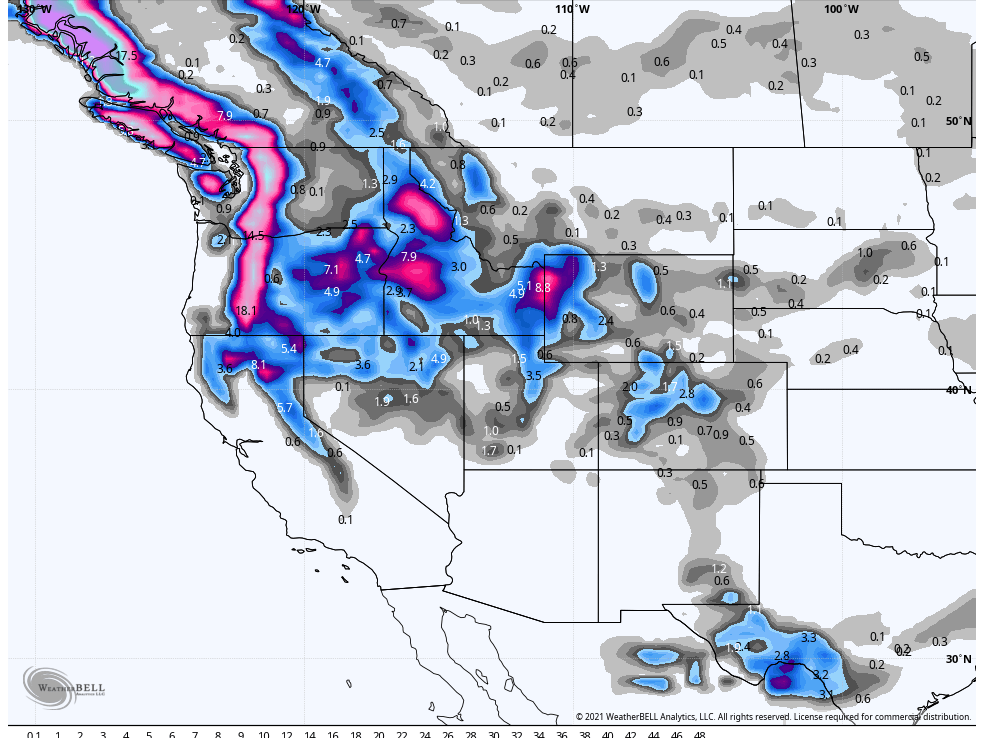 Impressive numbers coming out of Utah for storm totals over the past 6 day. Little Cottonwood remains on Interlodge on Thursday morning. Another storm impacts the Pacific Northwest Thursday night that translates over the Rockies Friday-Saturday. Double digits are likely over the west once again late week

Powder7 Ski Shop can help you find the perfect gear to upgrade your winter with North America's largest selection of used demo skis for sale. Want to go deeper? Dig into Powder7's Buyer's Guide to see their picks for the best skis of 2021. Or shop the entire store from your couch at Powder7.com

The significant dump landed 80-90 inches for some areas of Utah over the past 6 days (2 storms). Most every Ski Area reaped deep rewards trumped by Little Cottonwood, and Followed by Big Cottonwood. On Wednesday, even with LCC closed (Remains closed as of Thursday morning) folks were able to grab another foot of freshies in Big Cottonwood   (Brighton and Solitude). Today, there is a good chance that LCC opens, however it might not be until late AM or early PM. Heli bombing will be in progress Thursday morning. Here are some snow totals for Utah since last Wednesday night. Very significant totals for all mountain ranges with hight snow to liquid ratios. The only area that really came up a bit short is Sundance in the Provo range. 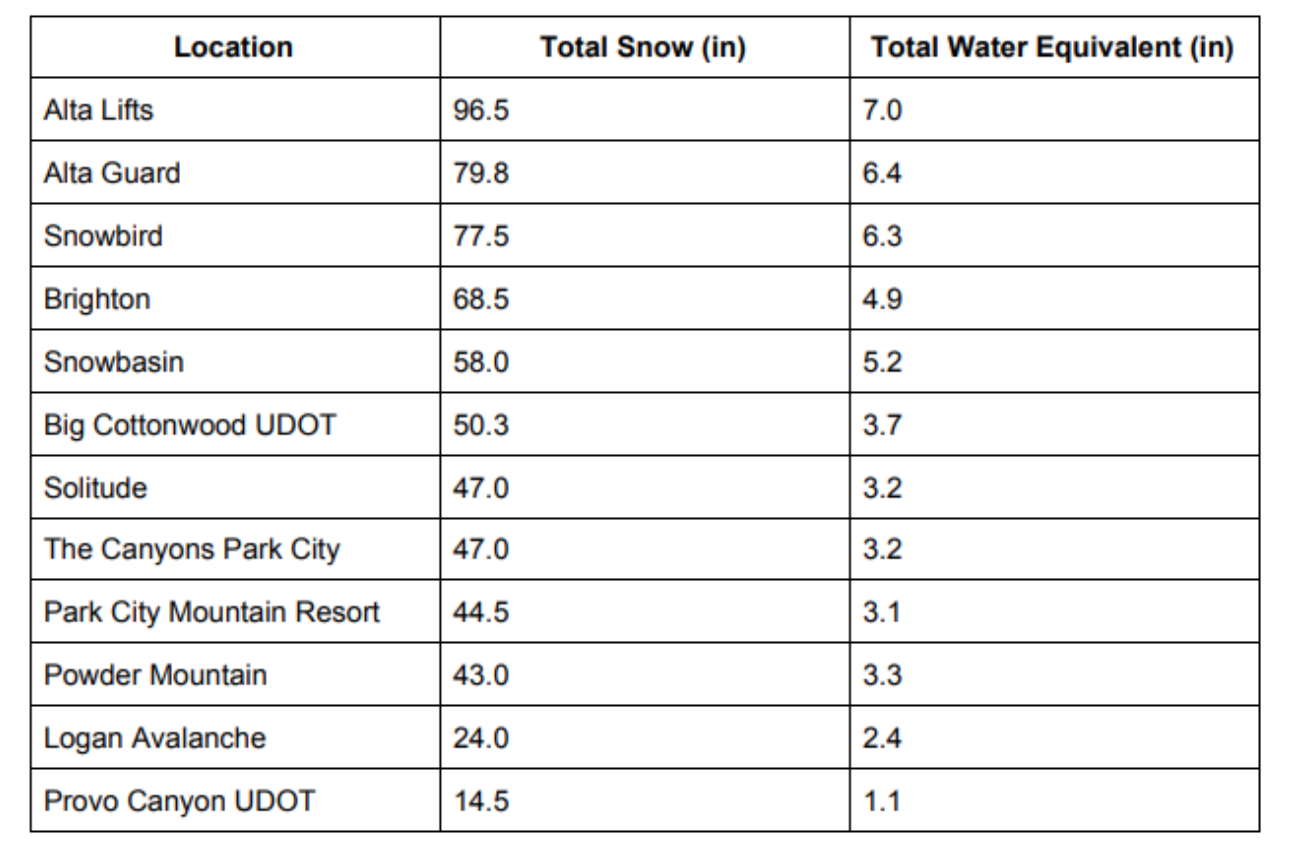 Below: Fully buried up at Snowbird on Wednesday afternoon when the sun peaked up late in the day- @powderchasersteve via instagram. Storm total was 50 inches with the cycle over 6 days at 77 inches. 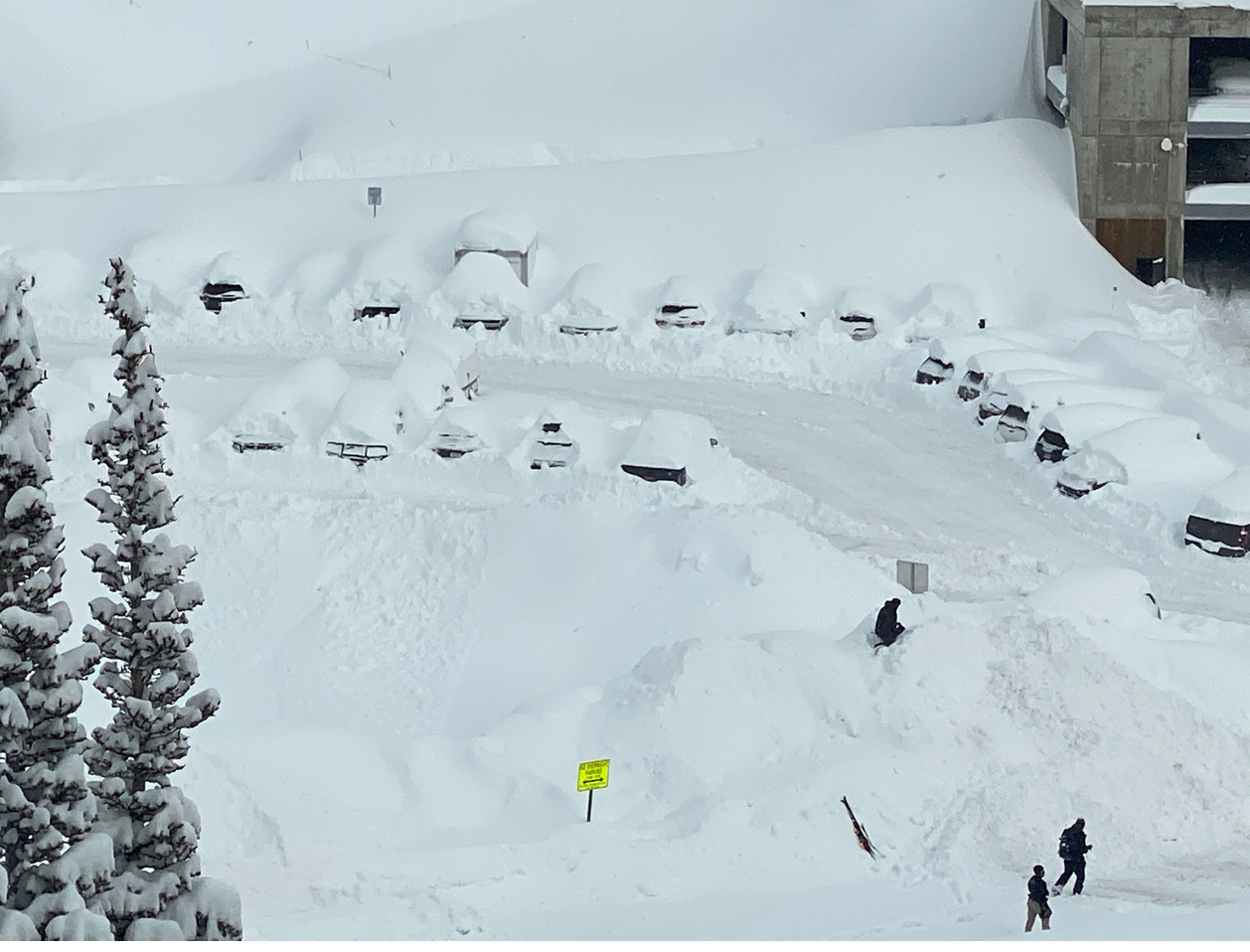 Looking at the next storm system, the PNW will grab decent snowfall favoring the Mount Hood Range, northern Oregon Cascades, with a decent spread of moisture through Washington. This might provide higher amounts for Snoqualmie Pass or Stevens with a cold westerly flow. SW winds are noted initially so spots further north near Mt Baker could also score Overall amounts should be in the 9-15 inch range for Friday morning over a wide range of the Cascades.

This transitions over the west performing well for the central panhandle of Idaho, certain areas of western Idaho, before taking a northerly track over the Tetons and Wasatch for Friday night. The Tetons will see moderate snow by Friday morning that picks up late PM. Utah could be in for another decent snow producer for late Friday and Saturday (7-14).

For Colorado the main impacts appear to favor the I-70 corridor and ski areas north including the Front Range. While this is not a large storm, the orographics are decent so it's likely some areas see 5-10 inches for storm skiing Saturday and freshies on Sunday.

This post will be updated late Thursday or early Friday with more details.