Wednesday offered a surprise with snow starting earlier than expected and most mountains measured 2-4 inches before noon. Then an additional 2-6 inches fell on Wednesday night and this should make Thursday’s conditions soft for first chair. Expect snow showers with light accumulations on Thursday and Thursday night and then drier weather from Friday through the weekend. The next chances for snow will be on Monday (January 6) and Thursday (January 9).

Telluride was on Santa’s good list this year with 2 feet of fresh snow delivered on Christmas week and more on the way! With over 10 feet of snow this season, it’s time to ring in the New Year with Telluride powder turns. Getting to Telluride is easy with nonstop flights from 11 major hubs. Go to VisitTelluride.com to learn more.

The good news is that we are waking up on Thursday morning to snow reports mostly in the range that we expected, between 5-9 inches. The surprise was the timing of the snow. While we were expecting just light amounts on Wednesday and then the snow to ramp up on Wednesday late afternoon and Wednesday night, what actually happened was that 2-4 inches accumulated on Wednesday morning and the rest fell on Wednesday night.

Because some of the snow fell on Wednesday morning, the untouched powder on Thursday morning won’t be as deep as we were expecting since about half of the amount on the 24-hour snow report will have been tracked up during the day on Wednesday.

No matter, Thursday morning’s turns should be soft and fun for most spots.

Below is a mix of actual and estimated snow reports. I estimate the snow report numbers for some spots because I am writing this before many resorts update their official report.

On Thursday evening and Thursday night, we could see a little more snow with some models showing 1-3 inches for the northern mountains.

On Friday, clouds could stick around for some northern mountains while skies should go sunny for other mountains.

Over the weekend, it looks like we’ll be mostly dry and mostly sunny. There’s a chance for some clouds and light snow showers to linger over the northern mountains, though.

Our next chance for snow should be from Sunday night through Monday. This is a fast-moving storm and the limited amount of time that we’ll see snow should limit accumulations to 2-7 inches. Monday will likely offer low-end powder amounts during the morning and midday.

Then from January 8/9 through at least January 17, we will see a stormy pattern anchored over the Northwestern United States. 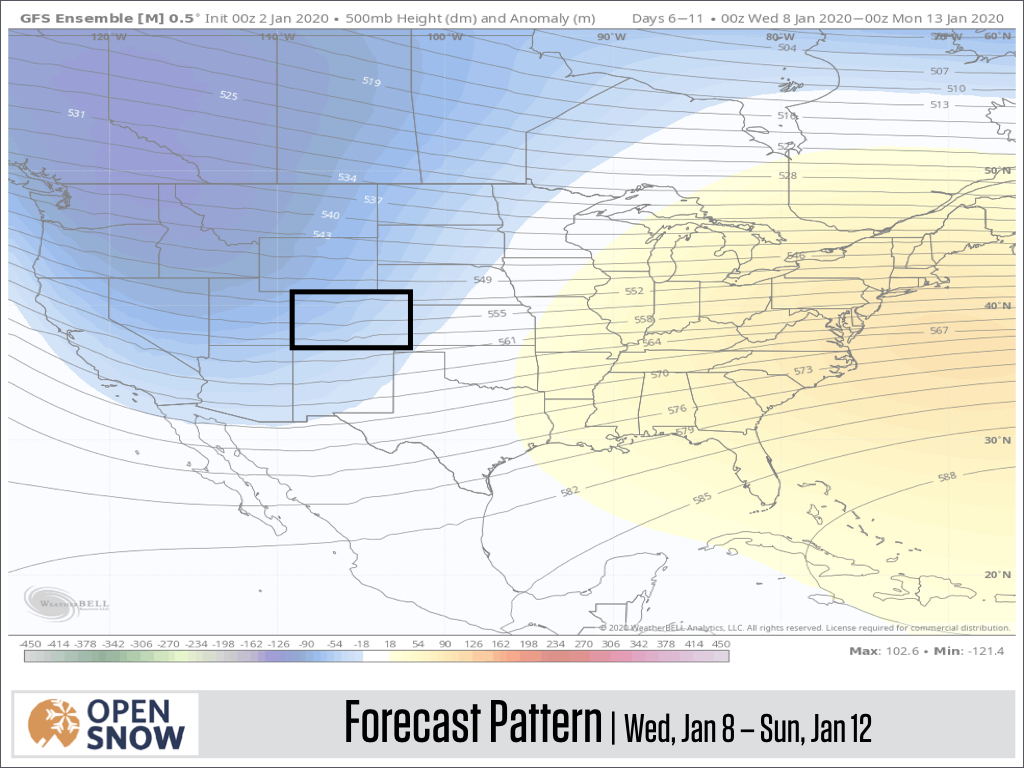 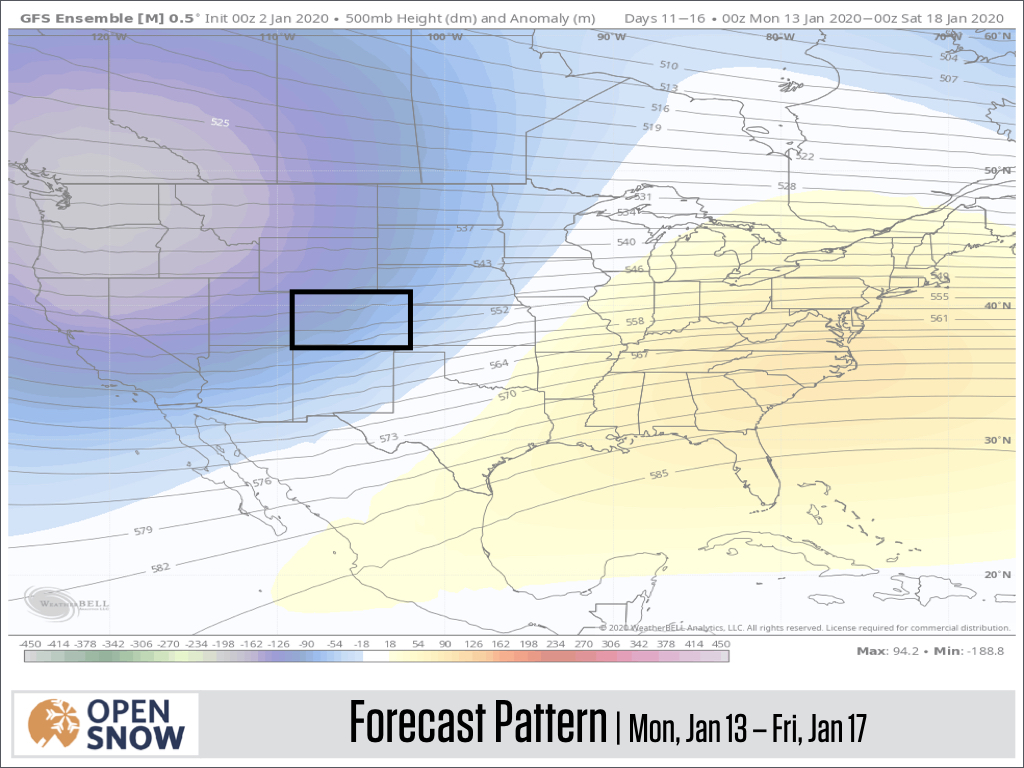 It’s still too soon to know if and how this stormy pattern will translate into snowfall here in Colorado. In general, I expect that we’d see a stormy every 1-3 days during this period and with some luck, accumulations could be consistent and significant.