On Monday, we saw additional snowfall across most mountains. On Tuesday and Wednesday, there will be showers mainly across the northern mountains. Thursday and Friday will be dry. Then we'll see two more storms with chances for snow between about May 8-12 and again around May 17-18.

Monday brought continued snowfall, especially over the western half of the mountains and east of the divide. Below are the 48-hour snow totals from Sunday morning through Tuesday morning.

The snowpack across Colorado is the deepest (compared to average) over the northeastern mountains and it still looks like winter at the higher elevations around Loveland. Now on Tuesday morning, conditions are mostly dry across the state with some lingering low and mid-level clouds. 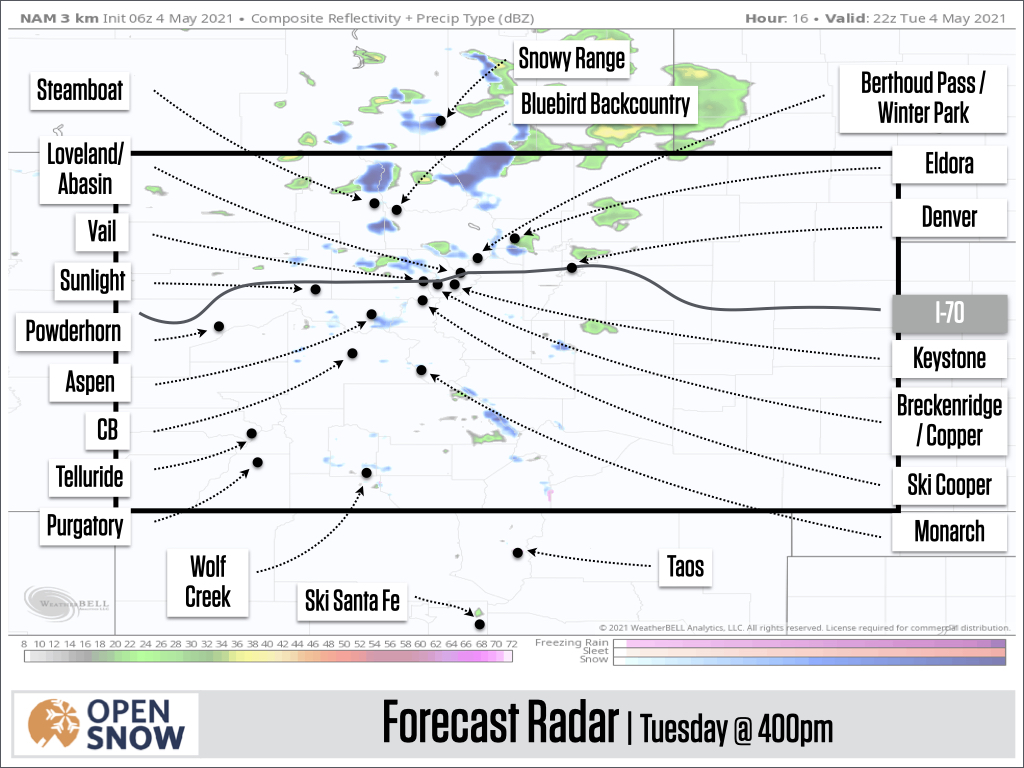 Thursday and Friday will be dry and the warmest days of the week with on-mountain high temperatures in the 50s.

It's amazing to say, but just like the last two weeks, the long-range forecast shows two more storm cycles with both starting on a weekend and extending into early the following week.

The next storm should bring showers on Saturday, May 8 with snowfall possibly continuing through Wednesday, May 12. Like the last storms, the deepest snow could be over the northern areas that are east of the divide. Temperatures will be rather warm, so snowfall should be mostly near and above 10,000 feet. While there will be more snow to talk about through mid-May, it'll be confined to the higher elevations, so I'm going on summer break and my last post of the season will be on Wednesday, May 5:-)