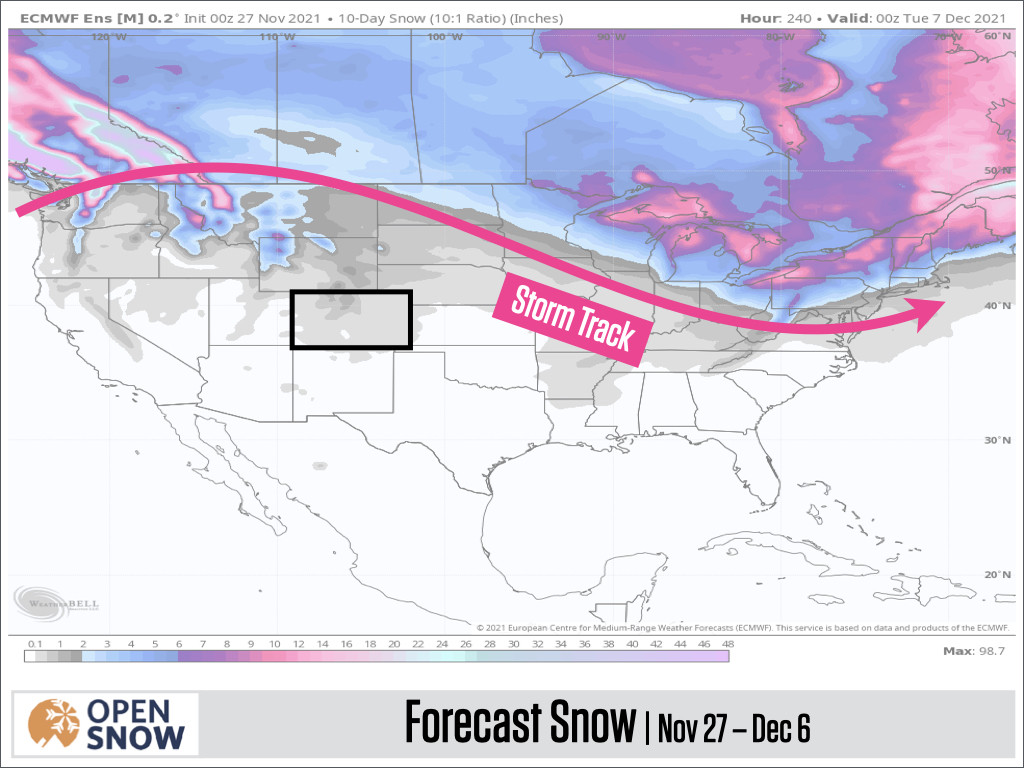 Each day will feel about the same with sunny skies, highs in the 30s, and lows in the 20s. Thanks to continued snowmaking, we'll see some new terrain open up, but mostly we're in a holding pattern until we get a lot more natural snow, and I don't see any significant storms in the next 10+ days.

The good news is that most mountains have enough coverage to have some terrain open. And the sunny skies and comfortable daytime temperatures are a fine combination to get outside and make some turns. 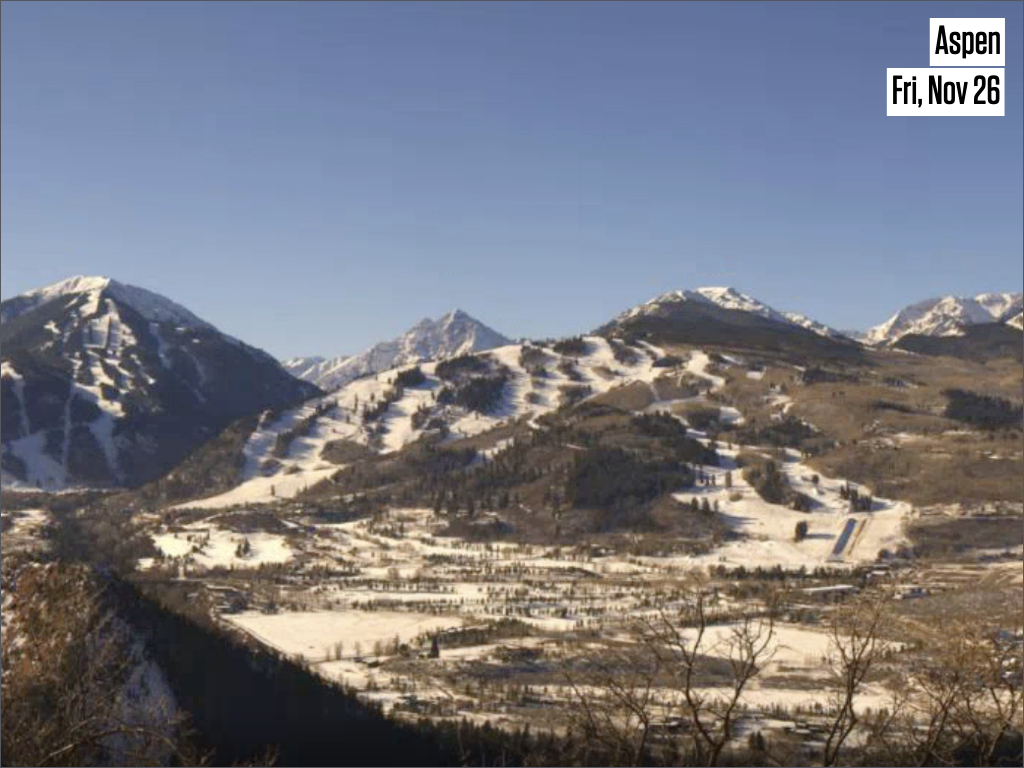 The bad news is that we are stuck in a rut weatherwise with no significant storms coming up anytime soon and dry and mostly sunny weather each day. It'll feel like the movie Groundhog Day with each day being similar to the last.

Temperatures are borderline for snowmaking. Readings will get cold enough at night for some additional snowmaking, but with daytime highs ranging from the mid-30s to low-40s, we will not see around-the-clock snowmaking operations and this will keep new terrain openings to a minimum.

Our current high-elevation snowpack is 40-80% of average, and these numbers will dwindle during the next 7-10+ days as there is essentially no snow in the forecast.

Our only chance for a few flakes will be in the northern and eastern mountains on Tuesday, November 30, and between December 3-5. But both of these time periods will likely be dry as the main storm energy stays to our north and east. 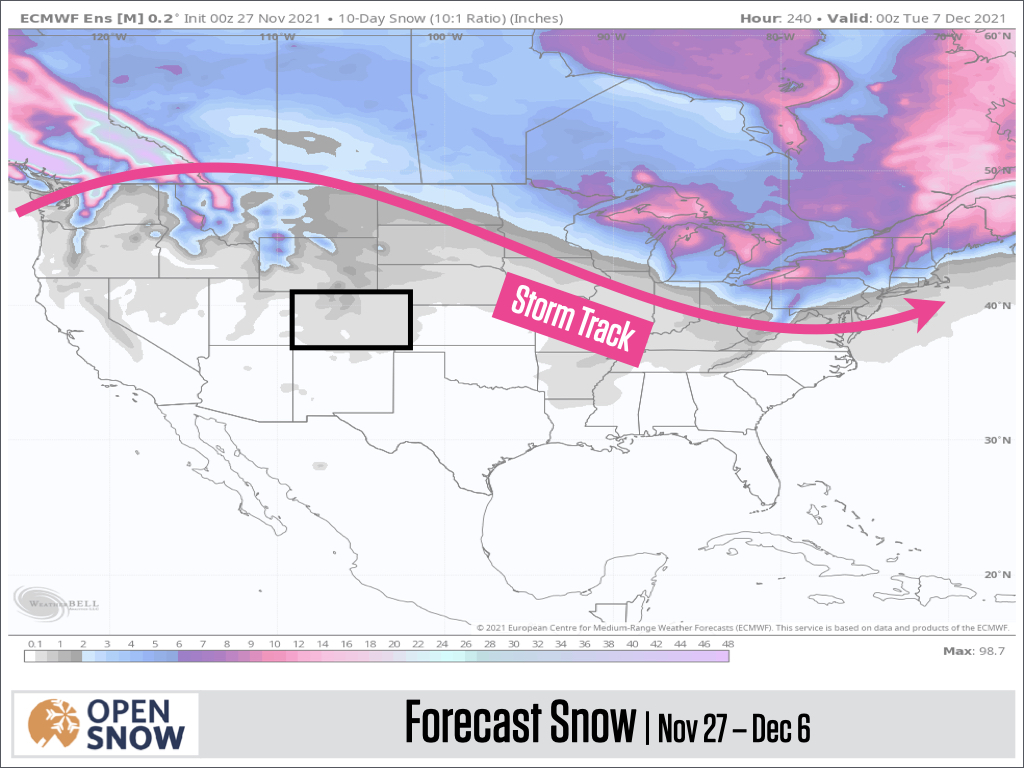 I wish I could write that there's a light at the end of the 'high pressure' tunnel and that the weather pattern will become snowier on a specific date, but I don't see that in the data at this point.

I can say that the week of December 6-10 has a somewhat higher chance for a storm and snowfall compared to the 10 days between now and December 6, but that's just grasping at straws at this point.

For now, it's been fun to get out and practice skills with my four-year-old son and to get in shape with a little skinning. but in terms of skiing and riding powder, that is just a distant glimmer of light at this point.