A few mountains in line for snow on Thursday night 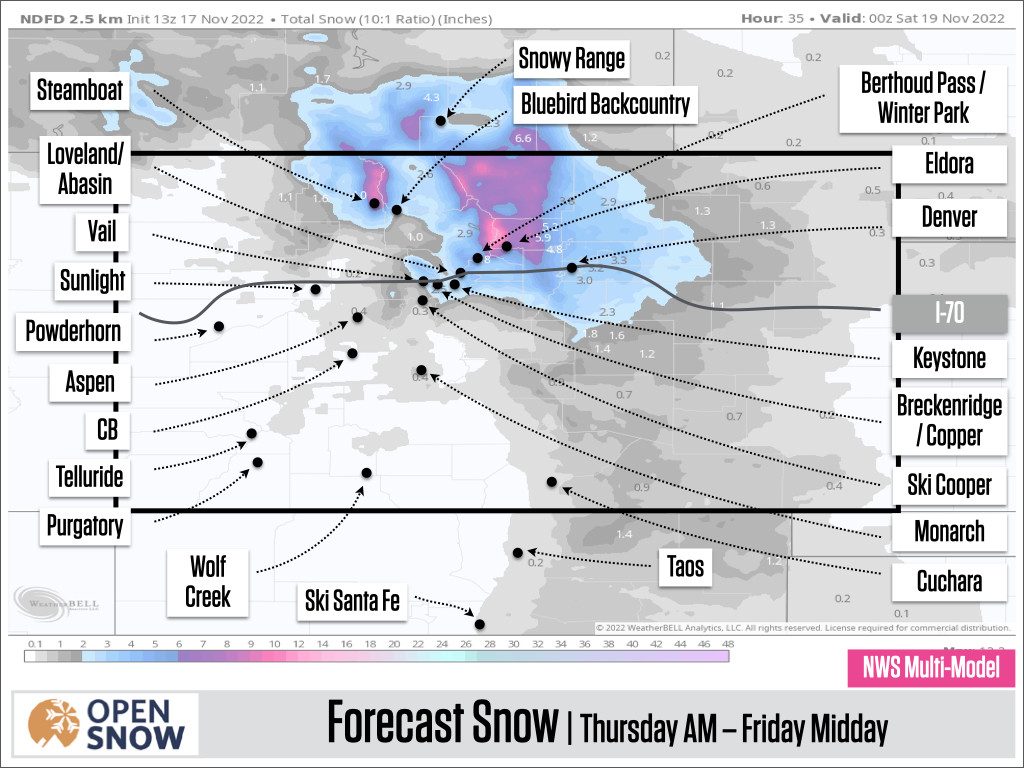 On Thursday into Friday, a storm will bring snow to far northeastern Colorado with 1-7 inches near and especially east of the divide. For other areas of the state, we'll end the week with dry and continued chilly weather. This weekend and early next week will be warmer and still dry, then we'll see a cool down and maybe a few flakes around Thanksgiving.

Wednesday was a mixed day with sunshine across central and southern Colorado and lingering clouds and flurries across the northern mountains.

On Thursday, this thin band of snow will stay north of I-70 and near and east of the northern divide and the front range foothills.

On Thursday night into Friday morning, the thin band of snow will sag south a bit and bring more snow to areas near I-70.

Following a day of consternation amongst the forecast models, there is finally decent agreement about how much snow we'll expect on Thursday night into Friday.

Our high-resolution OpenSnow model shows 3-7 inches mostly near and east of the divide and north of I-70 with barely any snow reaching the mountains near I-70. 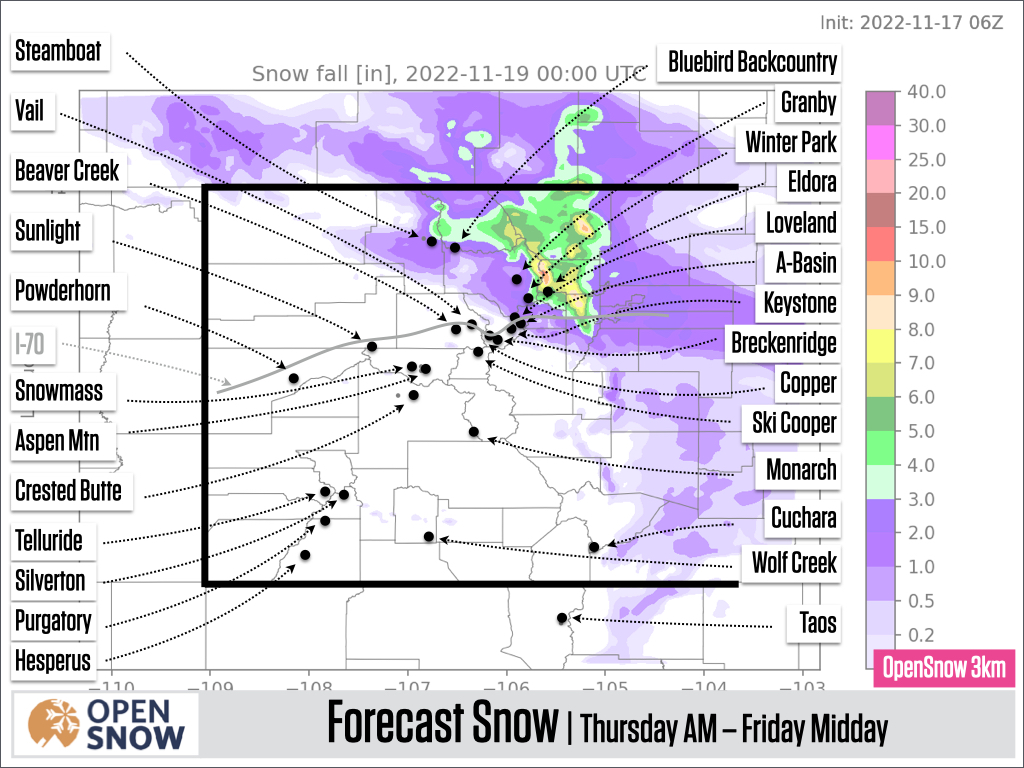 The high-resolution CAIC model also shows 3-7 inches mostly near and east of the divide and north of I-70 with barely any snow reaching the mountains near I-70. 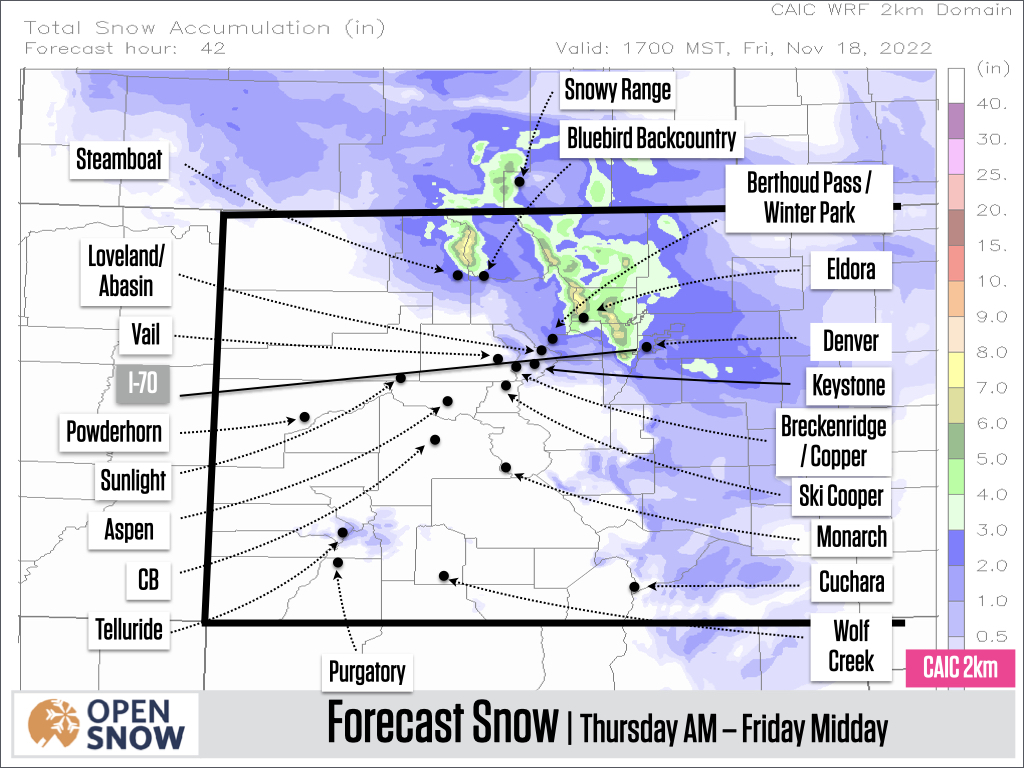 And a mashup of many models also shows 3-7 inches mostly near and east of the divide and north of I-70 AND that some snow will reach the mountains near I-70 with just light accumulations. 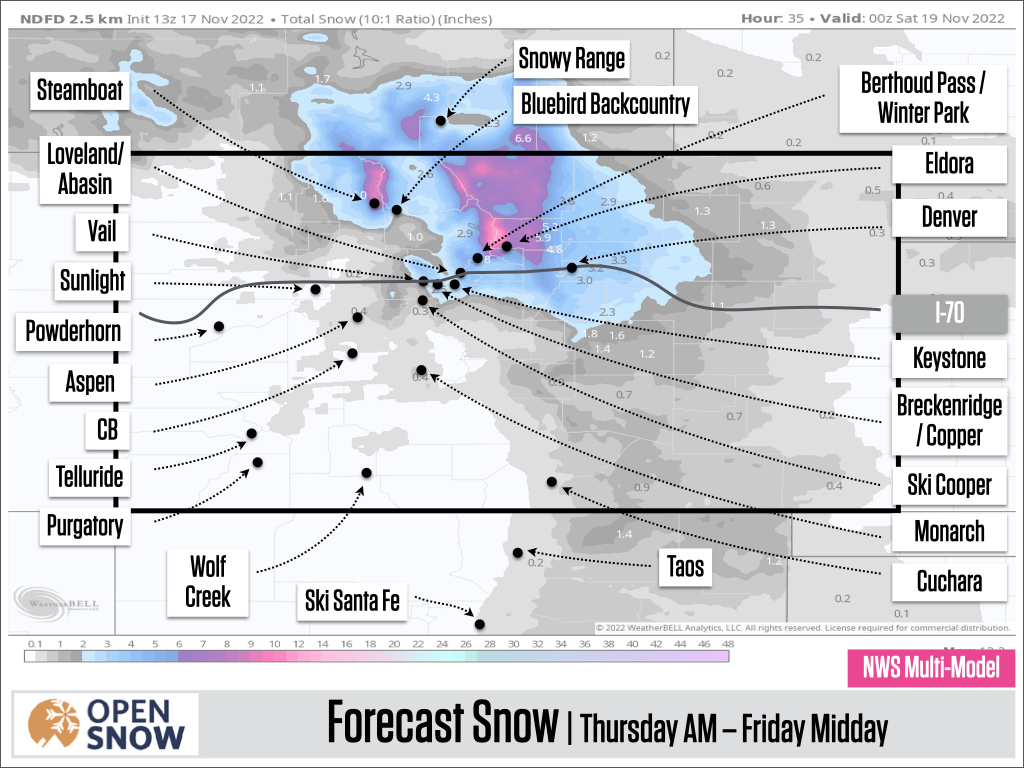 What this means is that for Friday morning, most ski areas will see little snow, with Eldora having the best chance of any ski area to get at least a few inches of accumulation. Backcountry areas of the front range near and east of the divide and north of I-70 will have the best chance for 6+ inches of fluffy accumulation. If the storm track sags south just a hair, Steamboat, Winter Park, and some of the I-70 mountains could see a few more inches of accumulation into Friday mid-morning, but this is somewhat of an outlier forecast.

Our next chance for cooler weather and a few snowflakes will be around Wednesday, November 23 to Thursday, November 24. At this point, my expectations for snowfall are very low, but perhaps we'll squeak out a few inches if the atmospheric flow comes together perfectly. 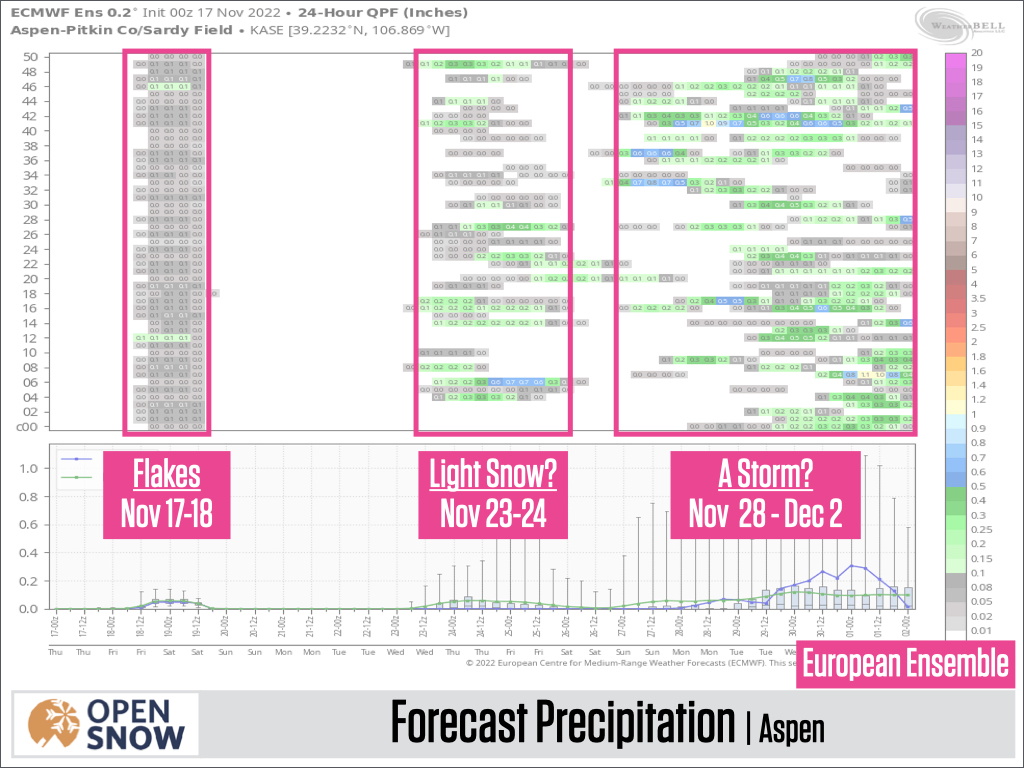 During the following week, from November 28 through December 2, there's a decent chance that storminess in the Pacific Northwest will push east and bring snow to us here in Colorado. This is still 10+ days away, so it's on the edge of being able to say anything with even a shred of confidence, but we'll keep an eye on it.

The current cold weather has allowed for snowmaking and limited additional terrain is slowing opening across Colorado (exception: Wolf Creek is 90% open). For a lot more inbounds terrain to open, we'll need another significant storm or two, and the chances of a significant storm or two during the final 14 days of November is pretty low. Maybe the atmosphere will throw us a curveball…

PS - I just took this survey about "Sliding With Respect" and it would be wonderful if you could contribute your thoughts as well. The survey is being run by a group at Fort Lewis College in Durango. Take the survey.

PPS - I have two more in-person talks planned for early December. I hope to see you there, and maybe significant snow will return by these dates;-) 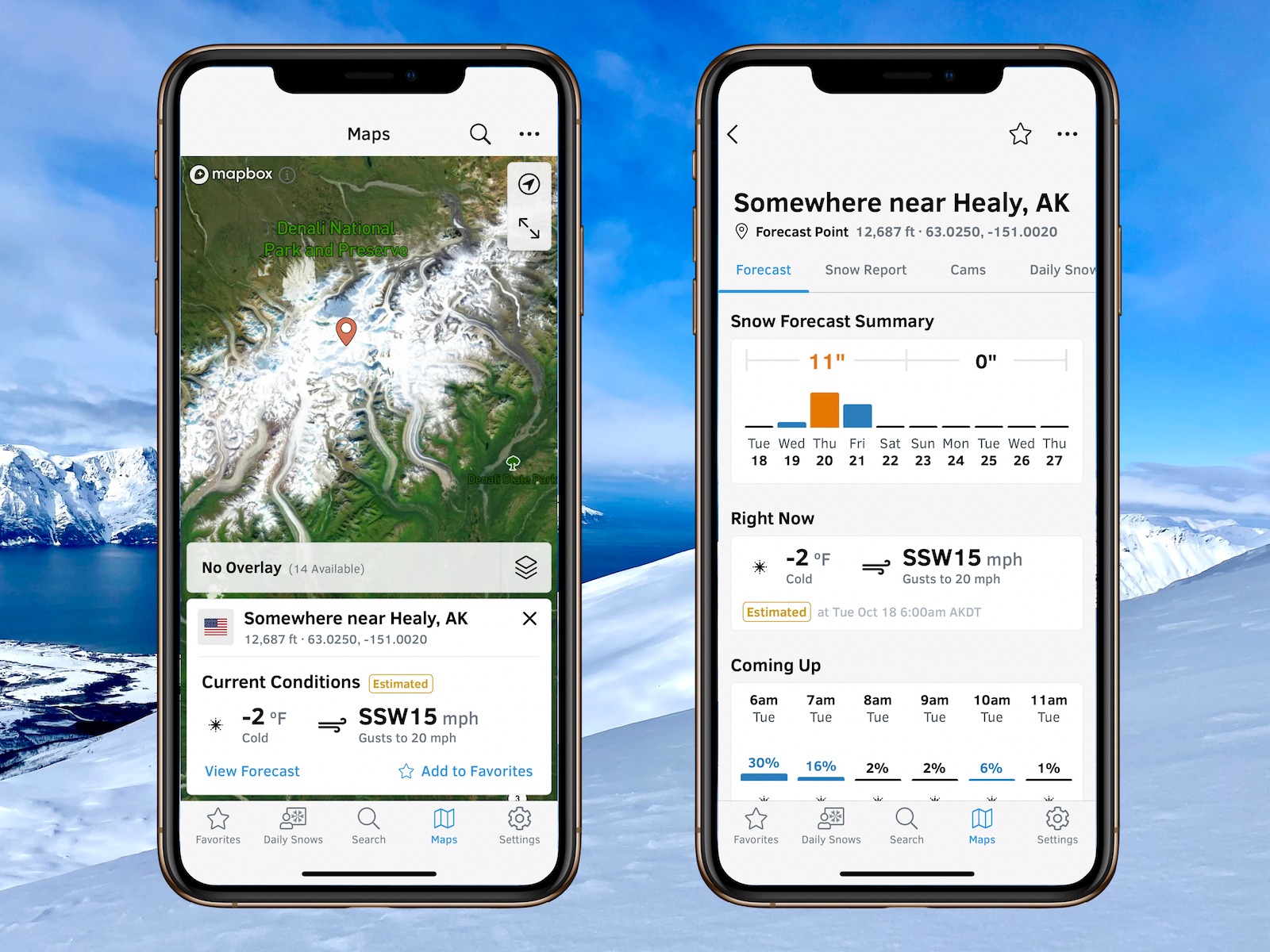