Heads up, there may be fresher snow! Read the latest I-70 Daily Snow 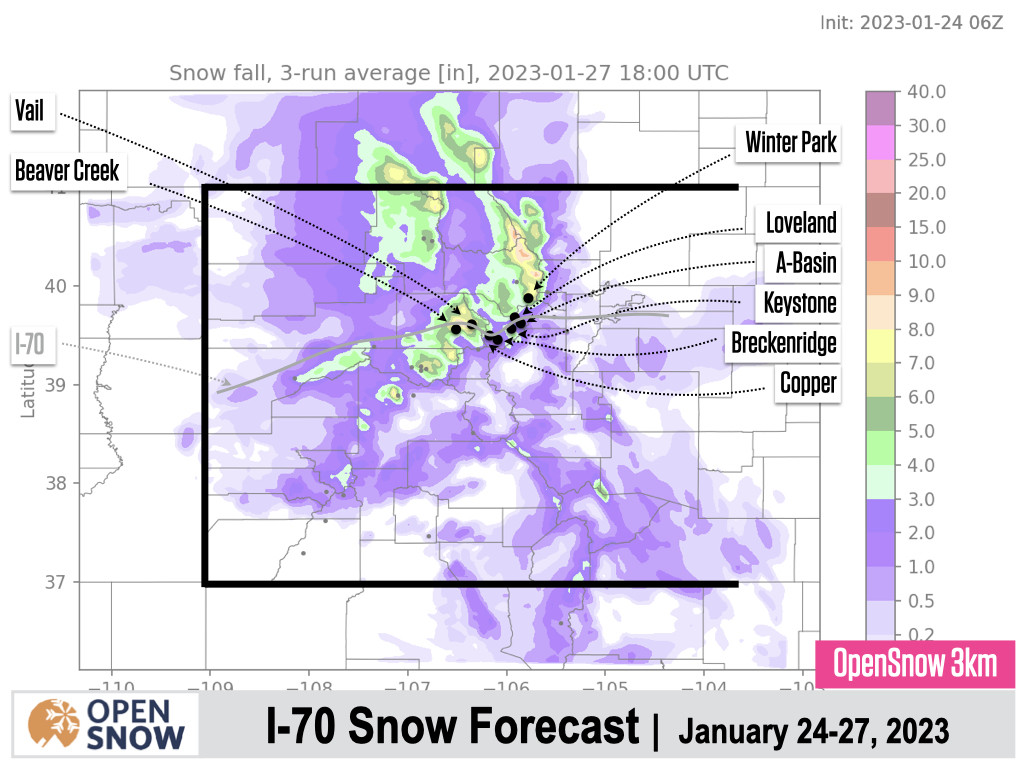 Most areas received about an inch of very fluffy snow on Monday night as the first in a series of cold pulses of energy slid over Colorado. Speaking of cold, temps are currently hovering around 0°F on Tuesday morning and they will only climb into the single digits on Tuesday, Wednesday, and Thursday under cloudy skies.

From a snowfall perspective, these cold temps will limit deeper snow totals but just enough moisture and energy embedded in the flow out of the northwest should produce off-and-on snowfall for much of this week, with Tuesday night and into Wednesday having decent potential for heavier snow showers. 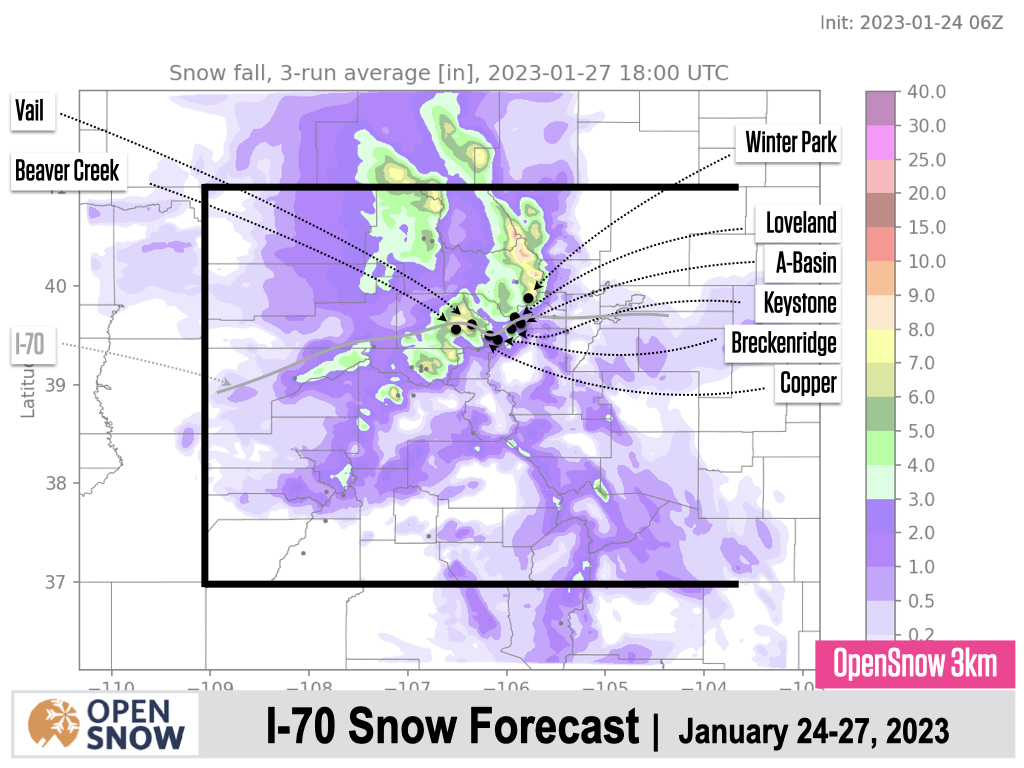 Slightly warmer temps will then prevail through the upcoming weekend, with highs looking to climb back into the teens on Friday, Saturday, and Sunday.

We'll also be keeping an eye on a slighter stronger wave of snowfall that could dip just enough to the south to bring heavy snow to I-70 around Friday night and into Saturday. Steamboat and areas along the Colorado border have the best potential but we'll see if we can get lucky.

A mix of slick and snowy road surfaces will be encountered from Tuesday through the upcoming weekend as very cold temps settle in and off-and-on (mostly) light snow falls along I-70. Travel impacts should be minor each day but plan to give yourself extra travel time.

We'll then be watching for icy and snow-packed road surfaces to return, along with difficult travel conditions, on Monday, January 30 and into Tuesday, January 31 as a significant storm looks to arrive in Colorado.

Our full attention will then shift to Monday, January 30 and into Tuesday, January 31 as heavy snow and better potential for deeper snow totals roll through Colorado. As of now, it looks like Monday night will be the time to keep an eye on for the heaviest snow, with first chair Tuesday being the time to target for fresh turns. The details will surely change so stay tuned for more updates.

Looking further ahead, we'll likely remain in a pattern of colder temps and chances for snow every few days as we flip the calendar into February. The snow machine has been turned on this winter and even though it hasn't always been deep snow totals, I'll always give two thumbs up for consistent snow.