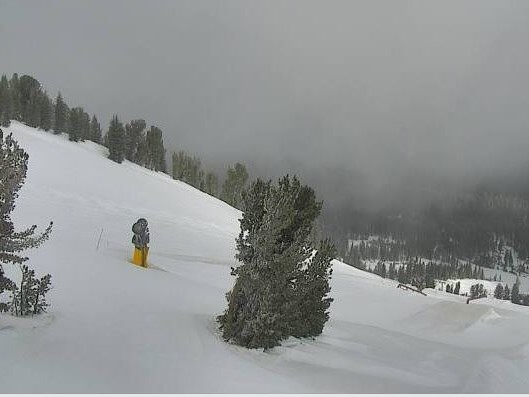 Clearing and cold for Monday with a few scattered snow showers possible. A chilly start Tuesday but drier and warming through the end of the week.

Snow showers Sunday into Sunday night dropped a fresh 3 inches on the lower mountain and 4 inches up top. The low end of the forecast and not as much as we were hoping for, but the storm kept trending weaker as it approached. The story of most storms this season...

We clear out some for Monday with some sun and a few scattered snow showers possible. Highs only in the 20s up top and 30s at the base. Lighter winds expected but still a little breezy possibly up top.

We could see a couple of troughs dig into the West during the 1st week of May. That could cool us down slightly with highs into the low 50s up top and low 60s at the base for the weekend and into next week.

Right now the forecast looks to remain fairly dry but we will let you know if that changes. I'll be posting more sporadically until/if we see any more precipitation before the end of the season.