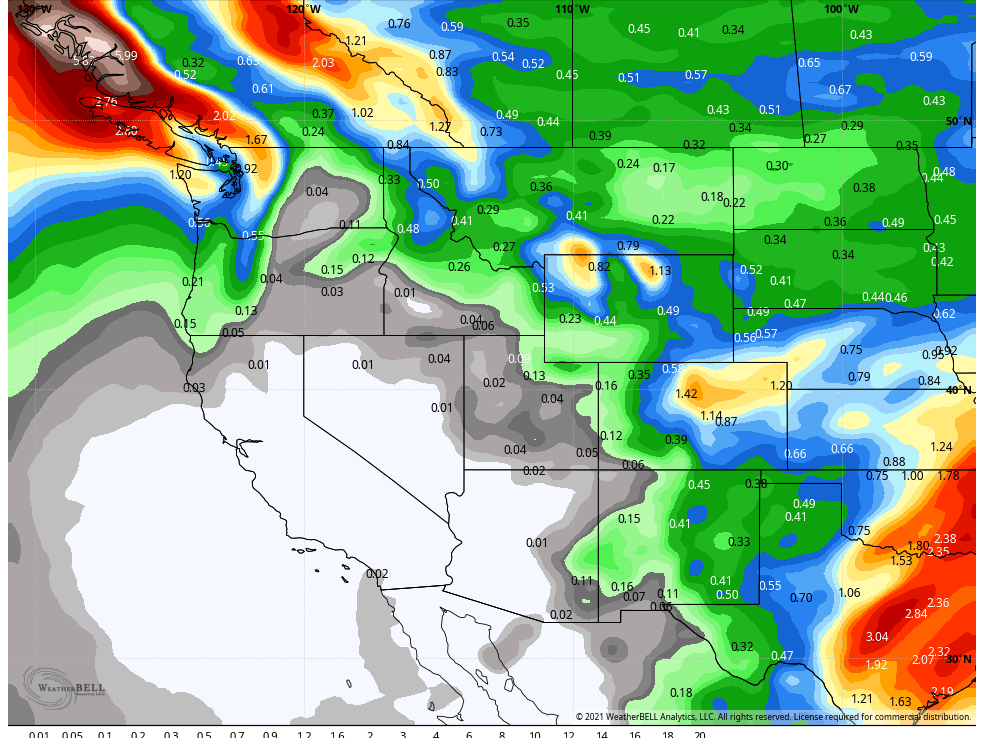 Sunny and mild weather is here. We warm up Thursday into Friday and cool back down slightly over the weekend. The pattern looks to remain dry for the next week.

We could see a couple of troughs dig into the West during the first two weeks of May. That could cool us down slightly with highs cooling back into the 50s on the upper mountain and 60s at the base for the weekend and into next week.

Right now the forecast looks to remain fairly dry through at least next Thursday. The next possible storm that could bring rain/snow looks to be around the 7th-8th but we could also stay dry. We will let you know if we see any impending storms.

I won't be posting again until/if we see any more precipitation before the end of the season.