Light snow to end the season 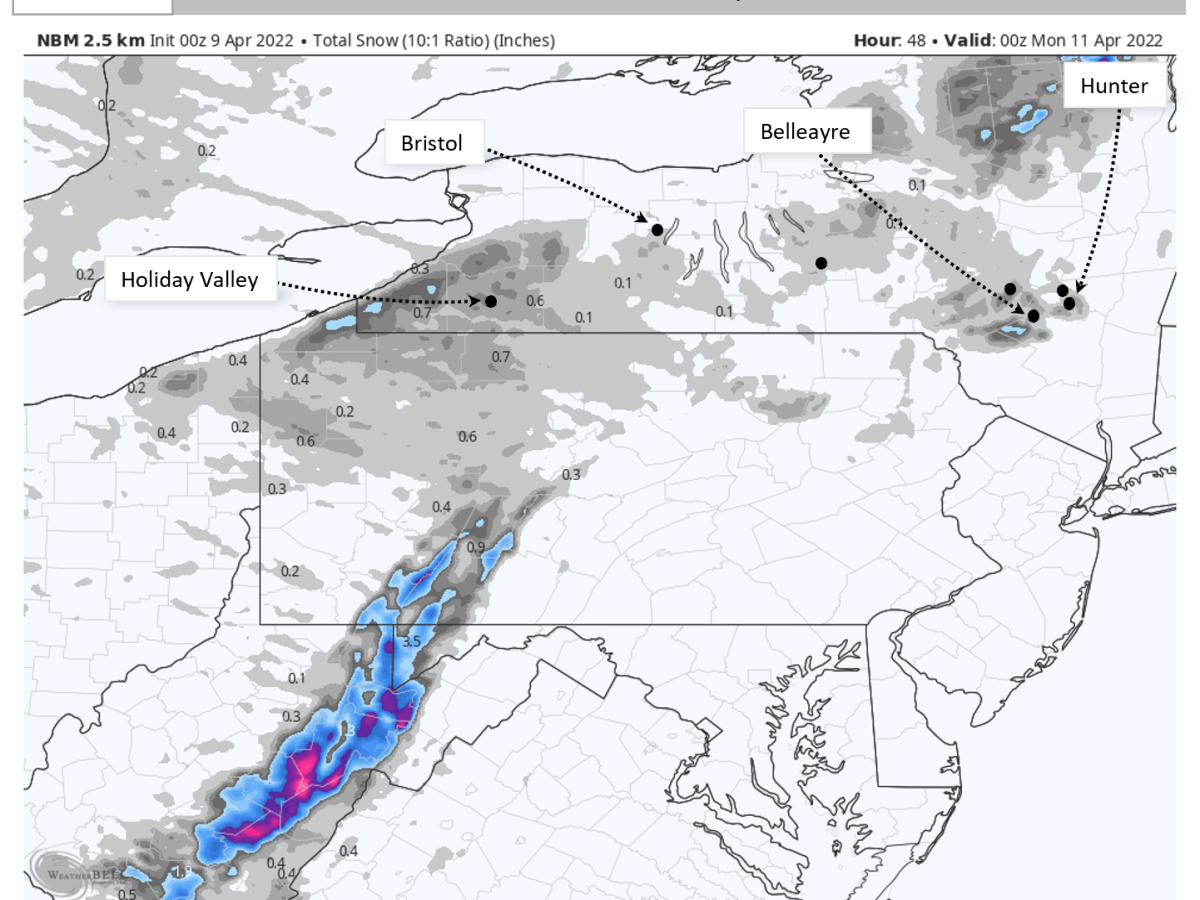 This is the final weekend of skiing and riding in the Mid-Atlantic. It will be a great weekend to end the season with light snow in the forecast. A couple of inches of snow will fall in New York with the Catskills seeing the most. Thanks for a great season and I’ll have a wrap-up season review on Tuesday.

The final weekend of skiing and riding is here with light snow to end the season. A few resorts have made it this far, which is awesome, to say the least. Belleayre, Bristol Mountain, Holiday Valley, and Hunter Mountain.

On Saturday, a weak storm system is moving through the region, which will develop a narrow area of snow and rain in New York. The higher terrain in the Catskills will see a brief period of moderate snow on Saturday with scattered rain showers further west. Colder air moves in on Sunday, which will develop scattered snow showers throughout New York. Snow will have trouble accumulating, but add a nice wintry touch to end the season. Let’s take a look at the NAM 3 km model’s depiction of precipitation type and intensity from 10 am Saturday, April 9th to 6 pm Sunday, April 10th.

Snow will have trouble sticking to the slopes since it is early April and the sun will be high and strong behind the clouds. Snow accumulations will be a Trace-2 inches and stay to the highest terrain. Here is a look at the National Blend of Models (NBM) model's snow accumulations by Sunday, April 10th. 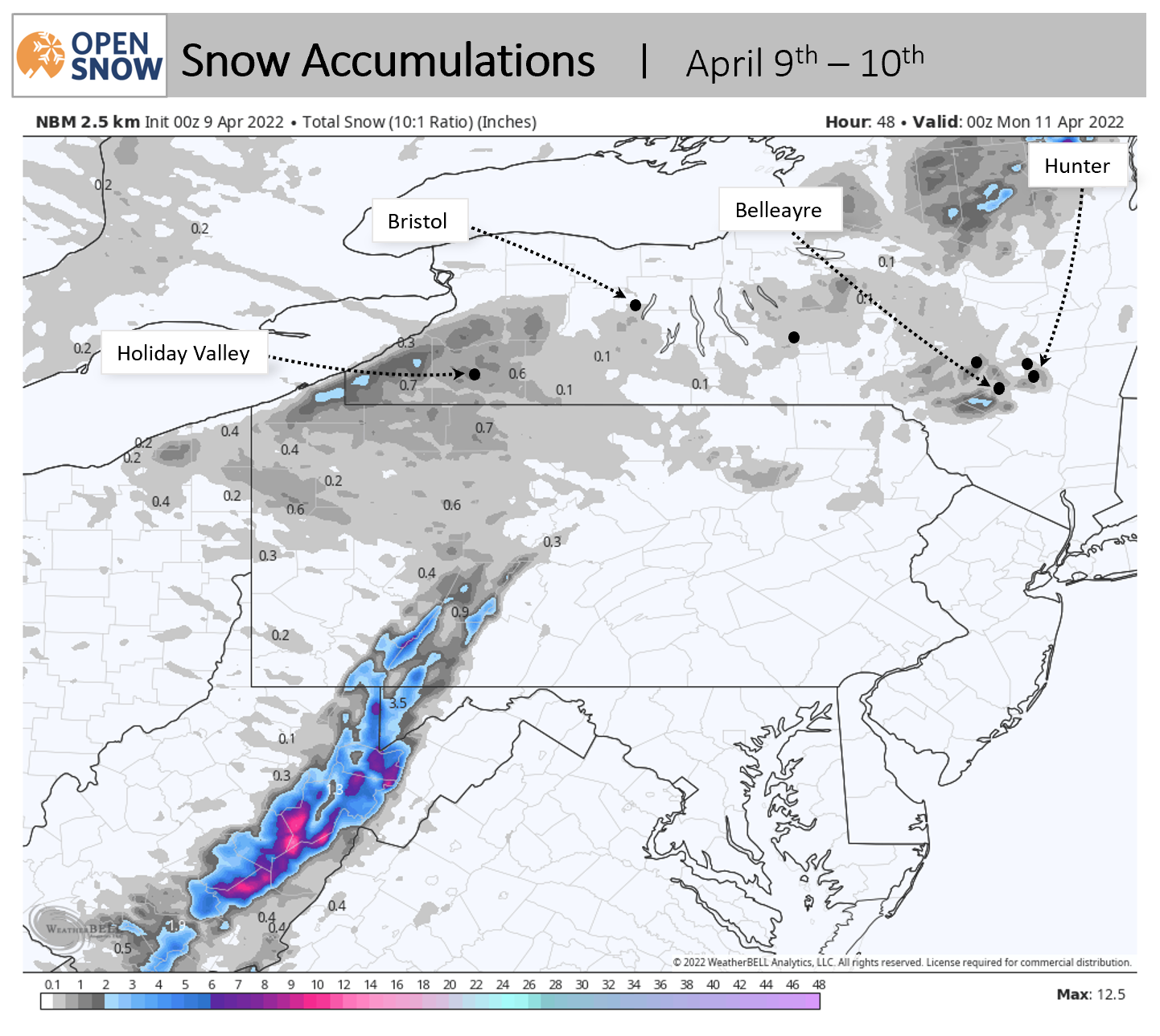 Too bad resorts in the western Mid-Atlantic are not open. This last bit of snow for the season will be just in time for every resort's closing day on April 10th. The next week of April is looking warm with temperatures soaring into the 60s and 70s with chances of rain. It has been a great season for the Mid-Atlantic with resorts reaching further in April than last year!

Have a great closing weekend and check back on Tuesday morning, April 12th for a season summary.