Mostly sunny for the next 10+ days. A few clouds are possible at times as weak systems fall apart as they move through the region. The pattern could begin to shift during the last few days of January. Let's take a look at the progression and when storms could return...

I'm posting bi-daily right now during this dry period. I know that everyone is searching for signs of a change in the weather pattern and checking forecasts. Unfortunately, right now we are in the middle of a prolonged dry period and the forecast is pretty much copy and paste each post.

For the Short-Term Forecast period, we will go out a week through next weekend. We have the ridge shifting NW into the northeast Pacific this weekend into Mon - Tue. 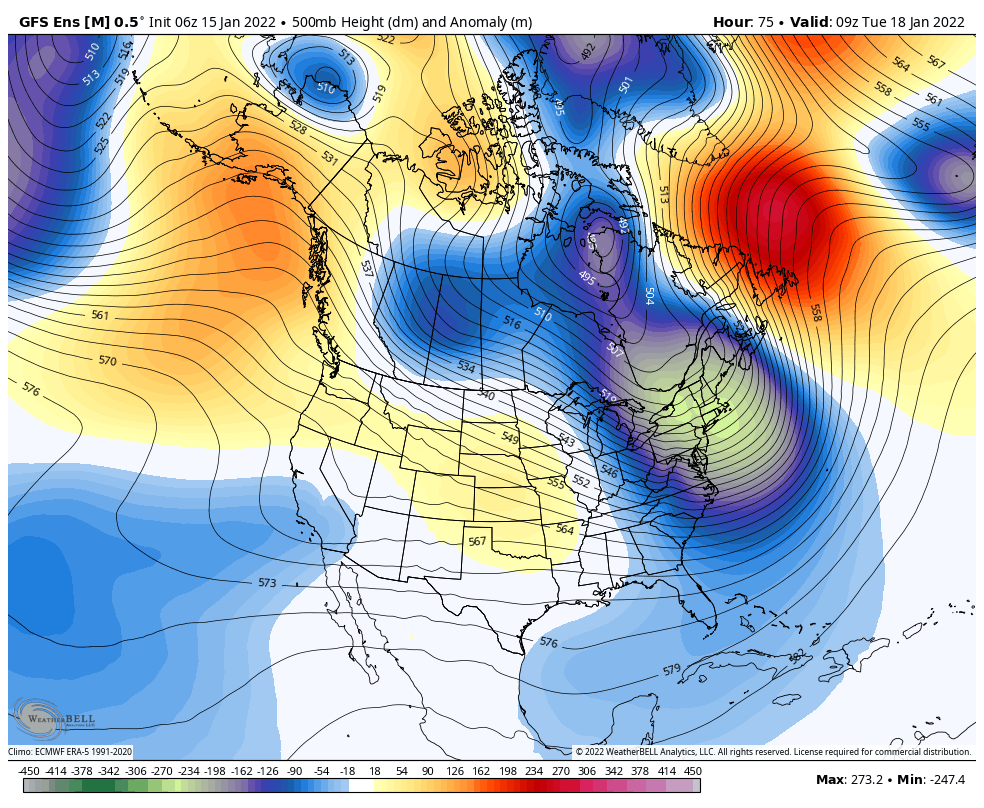 That is allowing a closed low to move through southern CA. Only light precipitation is expected down there and we could see high clouds stream into the northern Sierra. Here is a look at the satellite image Saturday morning.

So although we are expecting mostly sunny skies this weekend into early next week, we could also see some high clouds. Other than that the pattern is pretty tranquil for northern CA. Lighter winds with highs into the 40s, and 30s above 9000 ft.

The 2nd half of the week into next weekend high pressure builds over the Pacific NW. That should block storms even better for CA. We should see mostly sunny skies continue with highs into the 40s through next weekend. The total precipitation forecasts for the next 7 days on the ensemble mean models are dry for northern CA. 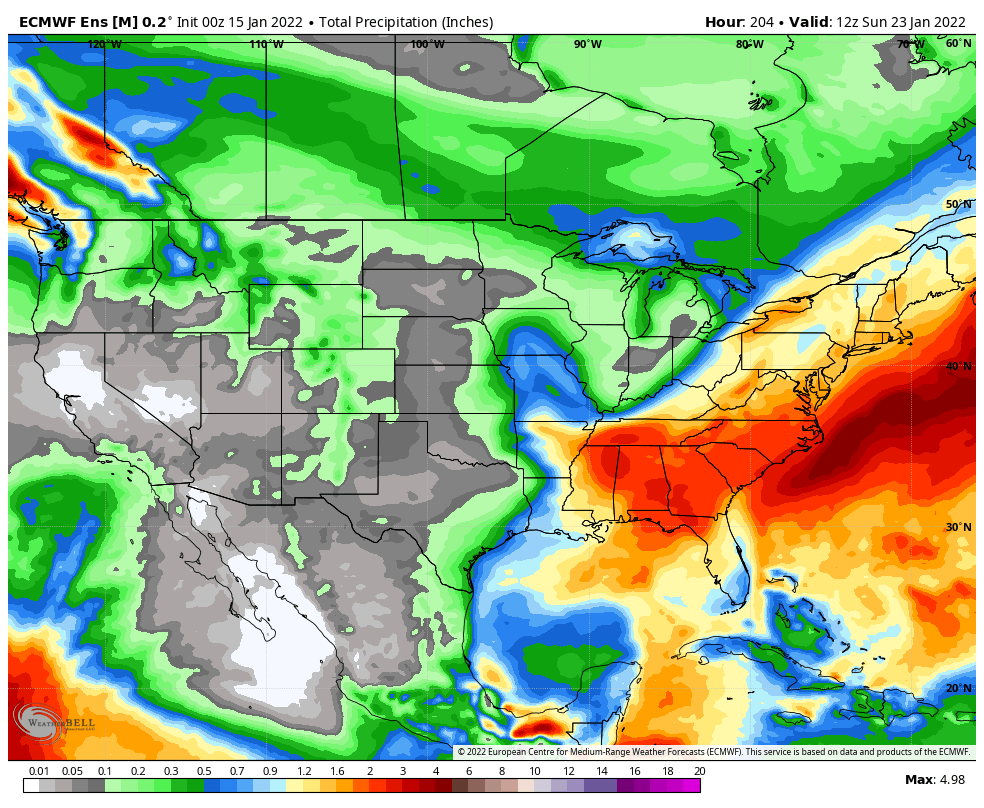 By next Sunday some forecast models suggest that another closed low could move through southern CA. That could bring some high clouds again next weekend.

Going through week 2, through the weekend of the 28th-29th, the long-range models continue to show the ridge shifting northwest away from the West Coast. 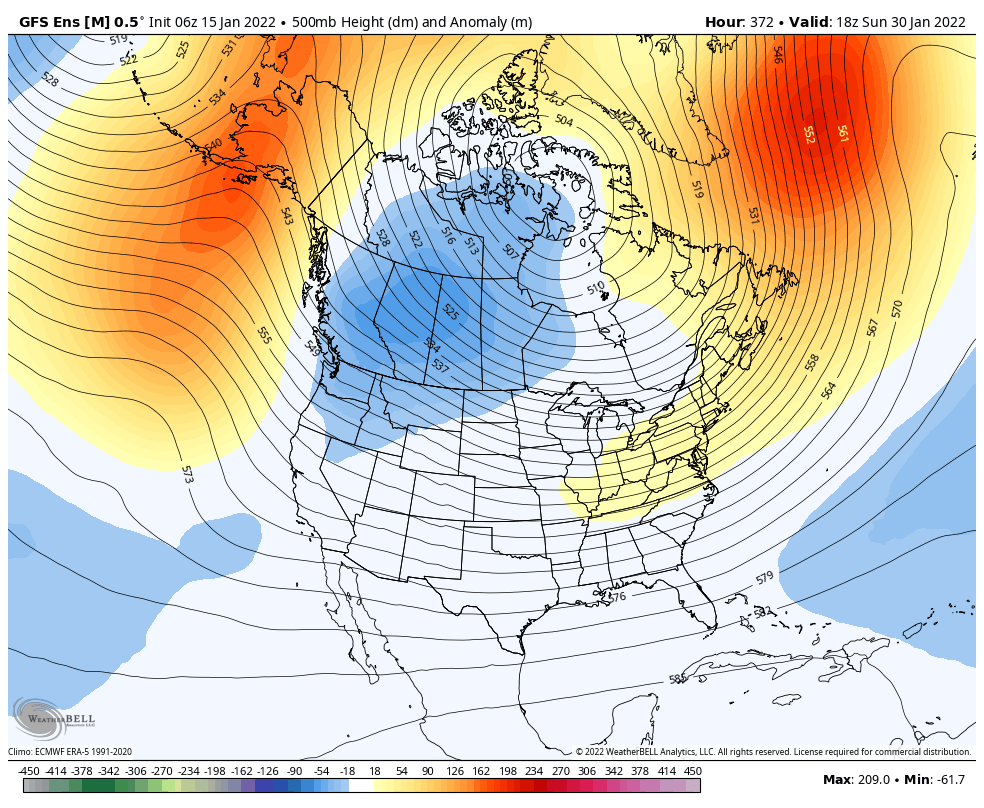 The latest model runs continue to keep us fairly dry through the first half of the week of the 24th. We could start to see some cooler air move in and maybe a weak system from the north. Then as/IF the ridge moves farther northwest it could allow slightly wetter systems to drop in from the north or under the ridge into CA as the GFS model continues to hint at starting around the 28th-29th. 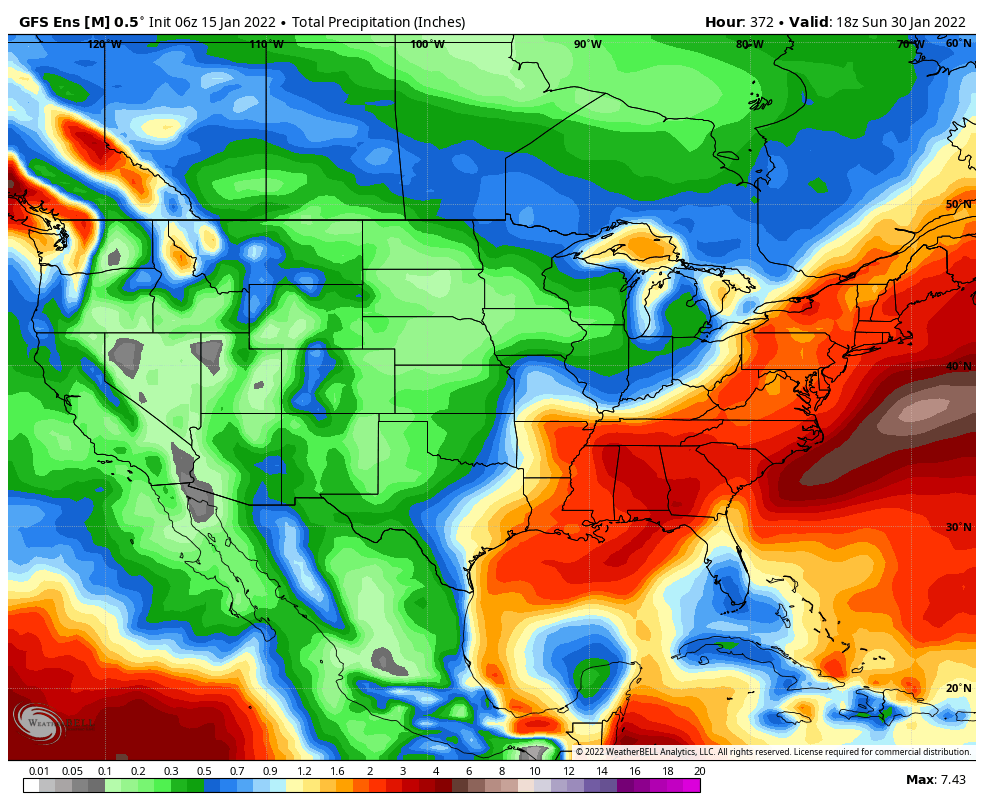 I don't know that we should believe anything beyond 10 days. We may not start to have a clearer picture of our chance of any precipitation before the end of the month until later this week...

The long-range models are showing increased precipitation chances from the last few days of January into the first week of February. But not strong storms. The long-range ensemble mean models show northern CA not as dry but still below average with near-average precip for the northern Sierra. 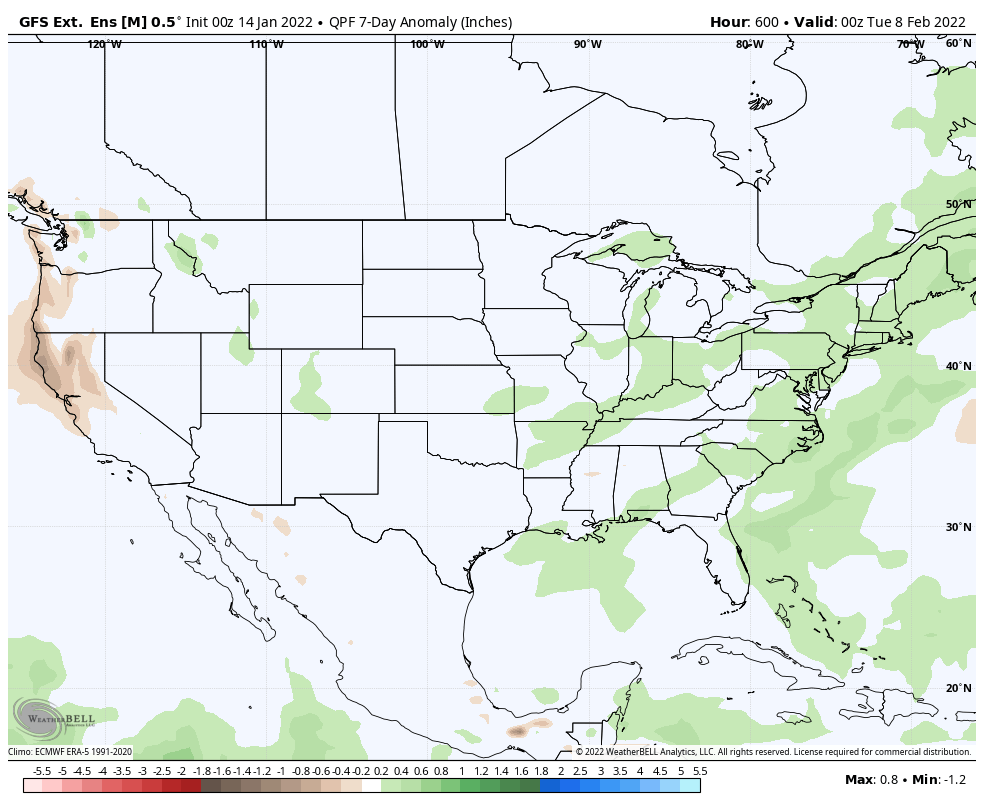 Then by the end of the first week of February through mid-February, they are showing a drier pattern again. The 30-day precipitation anomalies on both the GFS Extended & European Weeklies models show well below-average precipitation for the West Coast. 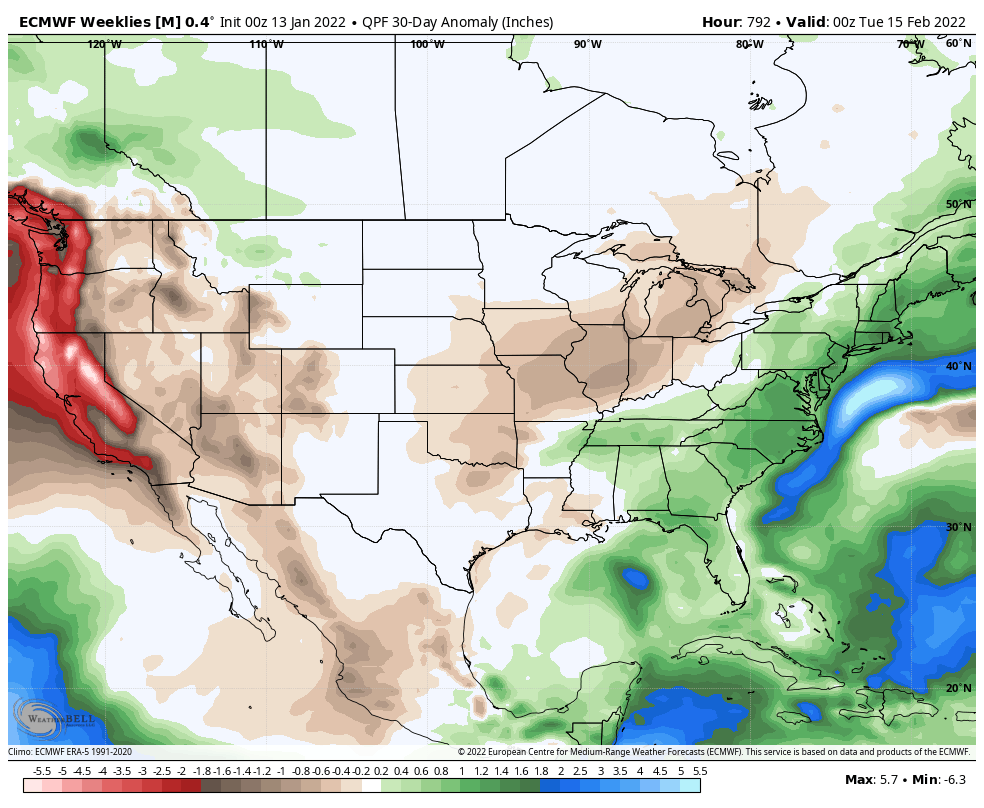 I wish I had better news... Looking at the climate models they do suggest a shift later in February through April with the mean trough position over the West Coast. That suggests we could see a stormy period for late winter. But who actually believes any model beyond 10 days?

I'm still looking at all of those daily but I'm just not seeing any clear signals right now on when the pattern could shift to a wet pattern. I'll continue to search and look for a more concrete signal that could help guide us in looking at the long-range model forecasts and where we could be headed. We have much clearer signals at times, like in mid-January of 2019 when it looked like we would see a big February and we did. Not seeing that this year.

This could all change and we could flip stormy near the end of the month into February. When we do get stuck in a dry pattern mid-winter, it usually breaks down between mid-February and the beginning of March as we head into Spring with a higher sun angle and shorter wavelengths, and a shifting jet stream. Sometimes it leads to a Miracle March after a dry Jan - Feb.

Let's hope we aren't resting our hopes on that this year. I'll keep searching and I'll let you know as soon as measurable snowfall is on the way!

On this week's episode of The Flakes Podcast, Evan & BA catch up with Powder Chaser Steve on his adventures, talk with Midwest Forecaster Croix Christenson about skiing the Midwest Nobs & Porkies, look at the 5-day Snowfall Reports, the 5-day Snowfall Forecasts, & the Extended Weather Outlook for the ski regions!