Another cool trough moves through for the weekend. Then nicer weather for next week.

We have seen a repeating pattern of weekend troughs bringing cooler air and unsettled weather. That pattern continues this weekend as another cool trough digs in. 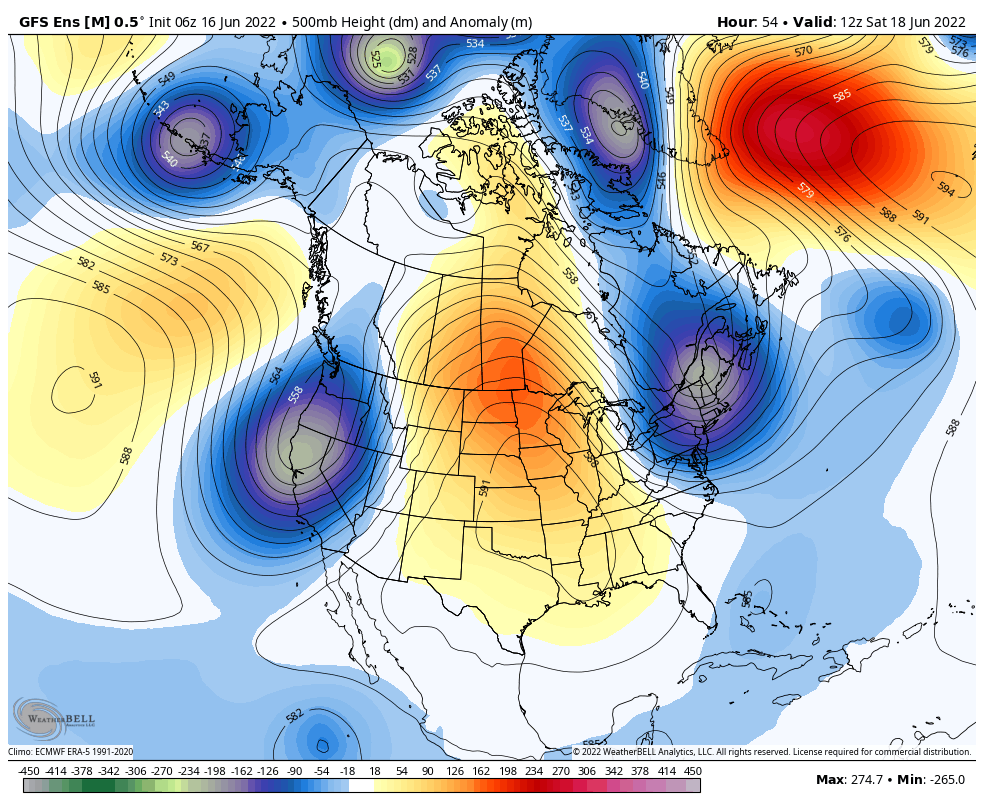 Mostly sunny skies continue Thursday into Friday, and likely at times Saturday. Then sunny Sunday into next week.

Saturday looks to have the best chance of scattered showers, especially during the afternoon. Snow levels could dip near 8000 ft. so watch for a few flakes if you are hiking the higher elevations. Overall most of the precipitation is expected to stay to our north with only very light precip amounts forecast this far south through the weekend. 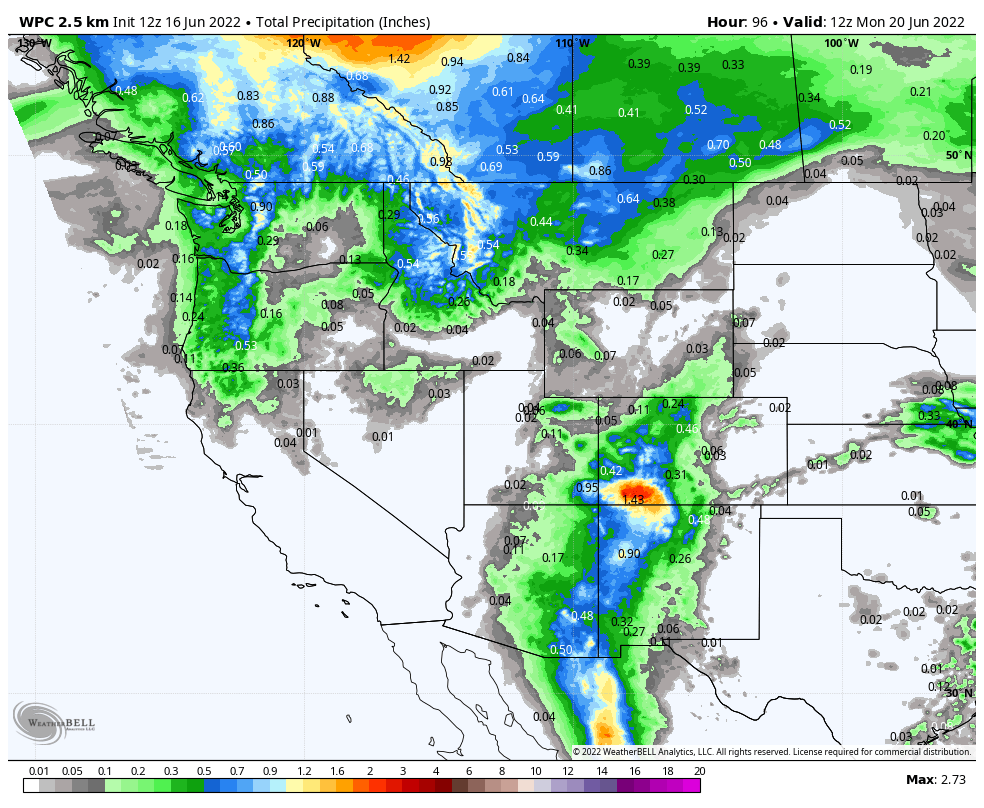 High temperatures near 70 degrees at lake level Thursday and dipping into the 50s on Friday and Saturday. Then warming back into the 60s Sunday and 70s by Monday into next week. Temperatures are usually 3-5 degrees colder for each 1000 ft. you go up the mountain.

Gusty winds for Thursday with ridgetop gusts up to 90+ mph by afternoon from the southwest, and gusts up to 40+ mph on the lake causing rough boating conditions. Friday ridgetop gusts drop to 60+ mph and lake winds are lighter in the morning and gusting to 30+ mph in the afternoon. Lighter winds starting Saturday but afternoon breezes on the lake up to 15-20+ mph as is typical during the summer.

The weather looks dry with highs in the 70s at the lake most of next week. We could see another cool trough by the weekend as the cool weekend trough pattern could continue. We'll take another look at that in next week's post.

Overall the warmest weather looks to remain over the Central U.S. with no big heatwaves through the end of June. We'll continue to watch the long-range for any chances for heat waves or rain.

I'll have more data we can look at over the summer as we look at what happened last season and what we could see during the next ski season. Here is a start as we look at a few stats using the final Central Sierra Snow Lab numbers for the 2021-22 season through the end of May.

We had a dry November and January - March period, but we had a very wet October, December, and April, with near average for May. Add all of that together and total precipitation at the Snow Lab NW of the lake near Donner Summit we saw slightly below average total precip for Oct-May vs the 1970-2021 average. 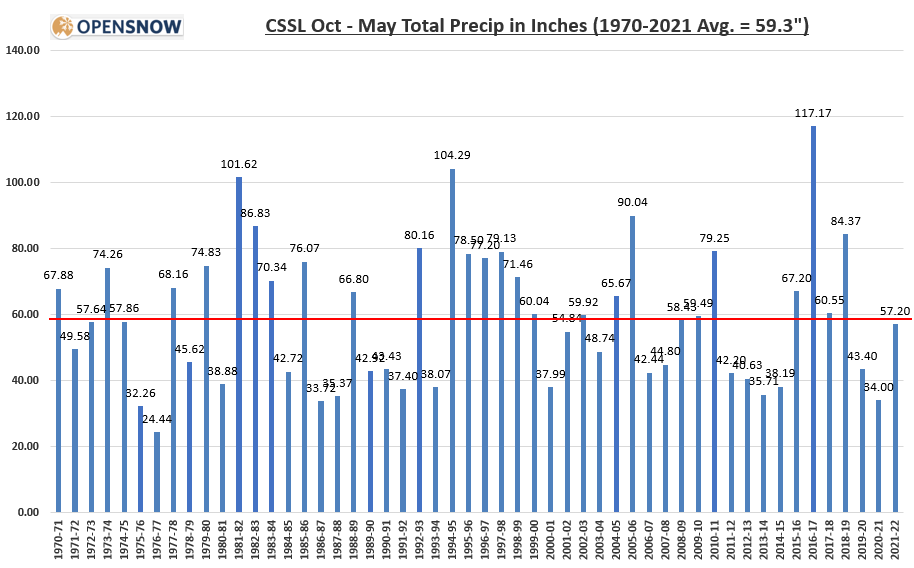 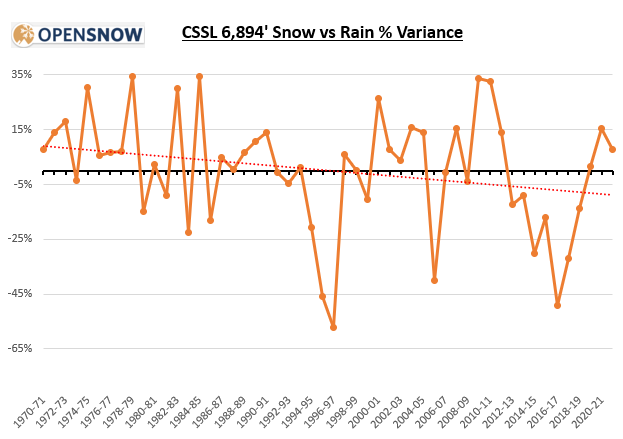 Thanks to the colder storms this season we saw slightly above average snowfall even though total precipitation was slightly below average. 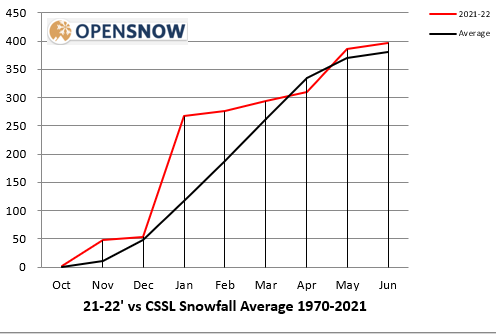 Despite breaking average several seasons over the last 10 years, the seasons seem to be bigger swings from above average to below average the last several years. Here is a look at the declining snowfall average with time. 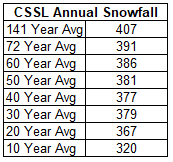 Here is a look at the average by decade. 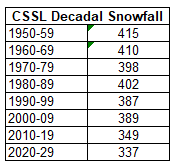 Hopefully, we are due for some bigger snowfall seasons over the next few years. It does look like we could be headed for a 3rd La Nina season in a row. We can see good snowfall during La Ninas but they favor northern CA with Tahoe on the line between above/below average historically like we saw this season.

We'll continue to watch the trends through the start of next season. I'll have more stats and analysis through the summer and fall.

We have been working hard on new features since the ski season ended and we will continue to work hard to bring you more features all summer. We recently launched a 5-day Air Quality Index forecast map! 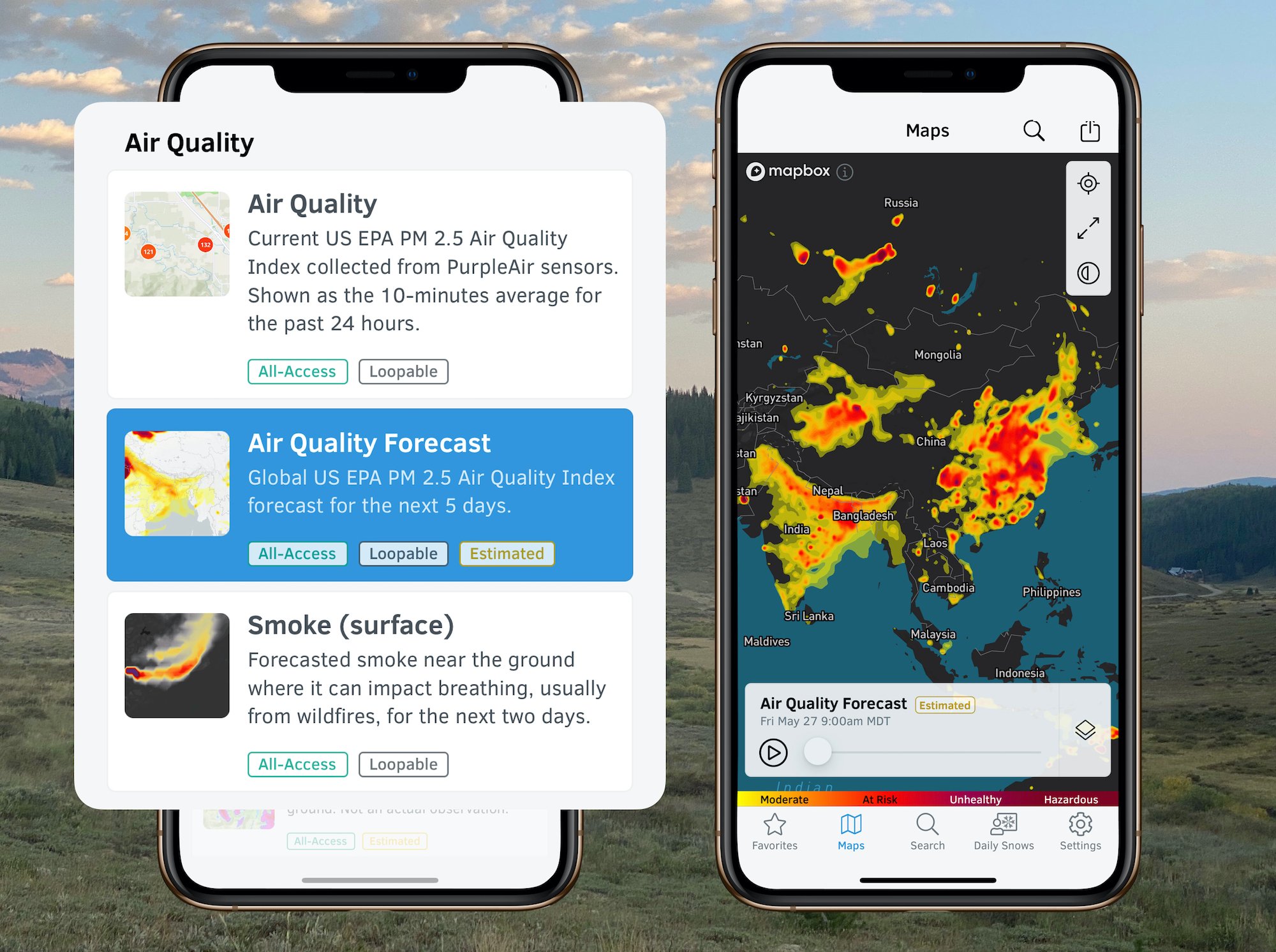 That combined with our smoke maps will help you to plan your weekend adventures in the mountains during the summer. We will have more fire/summer weather features coming out soon. To learn more about our air quality and other maps you can read this article...

...and you should be using the "Maps" page on our site and app, along with all of the other features! Be sure to explore the entire site/app as we continue to add more features, and share with your friends! We appreciate all of your support over the last 12 years. We look forward to many more with you! BA