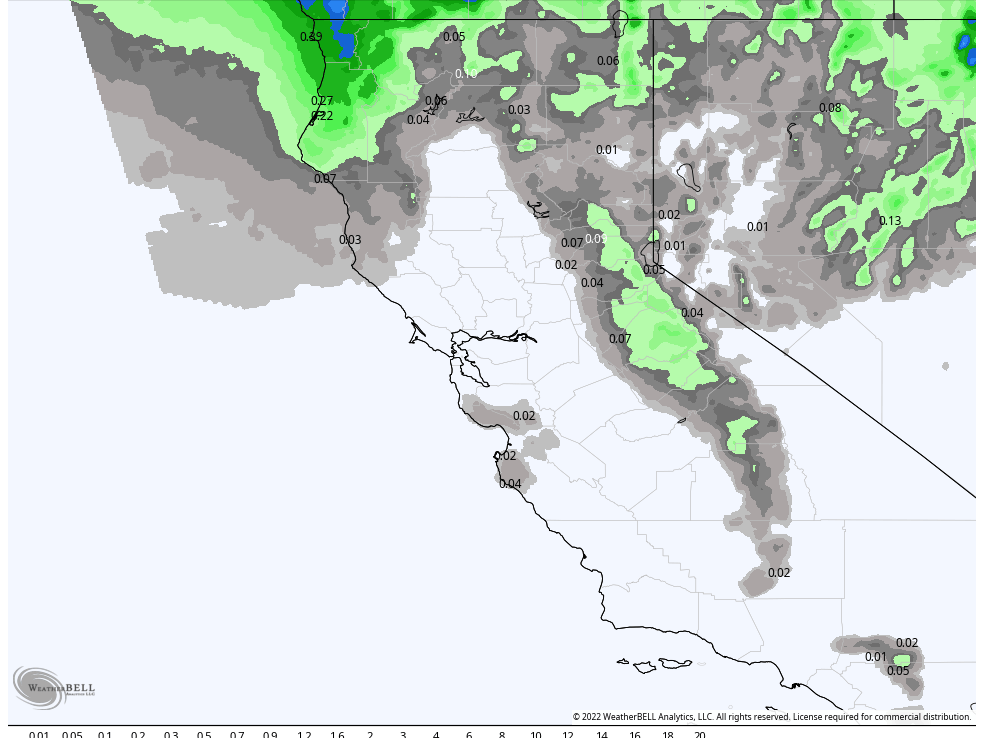 Dry through the weekend with seasonal temperatures. Next week will be colder with the chance for a few storms to bring at least some light snow to the mountains.

I hope everyone had a good Thanksgiving. We continue to work and watch the model trends for the upcoming storms next week. Not much has changed but let's take a look at the latest details.

Friday through Sunday we have mostly sunny skies during the day with highs into the 40s. Ridgetop winds from the west gust up to 30-40+ mph at times.

The forecast models continue to trend drier for the Monday system. A few days ago when we first started looking at the forecast we were looking at a possible 1-6 inches of new snow. That has been trending down and this morning only enough moisture is now forecast for 0-2 inches. 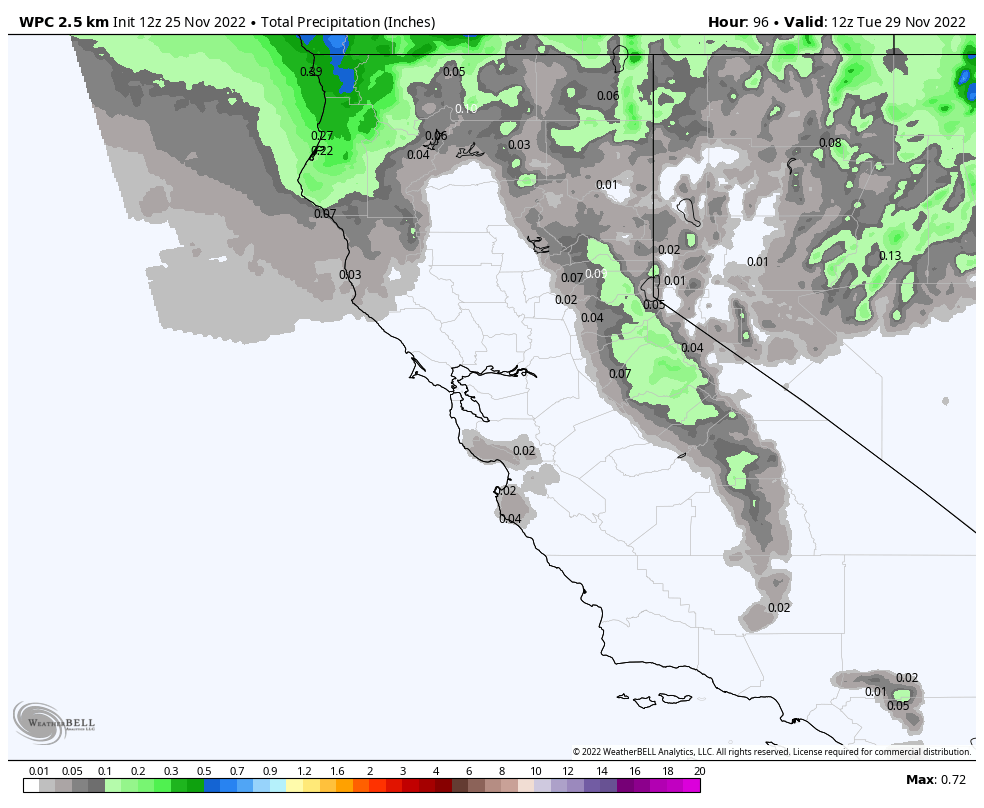 I went into great detail in the last two posts about the pattern for next week and why each system could be wet or dry with a slight shift in the storm track to the west or east as storms drop down from the north. You can access those by clicking back to the previous post at the bottom of this post.

Colder air and gusty winds for Monday with highs in the 30s at lake level and 20s for the upper mountains. Ridgetop winds gusting from the southwest up to 70+ mph which could close some upper mountain lifts.

The latest model runs are diverging on the timing of the front and snow showers. The European model has snow showers by late morning into the evening. The GFS model now shows snow showers holding off until late afternoon into Monday night. Then we clear out by Tuesday morning. Here is my updated snowfall forecast.

The bigger impact of the cold trough digging into the West looks to be cold air and not so much snowfall. We should see mostly sunny skies with lighter winds Tuesday into Wednesday, but it stays cold with highs in the 30s at lake level and 20s for the upper mountains.

The trough over the West is forecast to stay in place through the end of next week. The next storm is forecast to drop down the west side of the trough into CA Thursday into next Friday the 2nd. 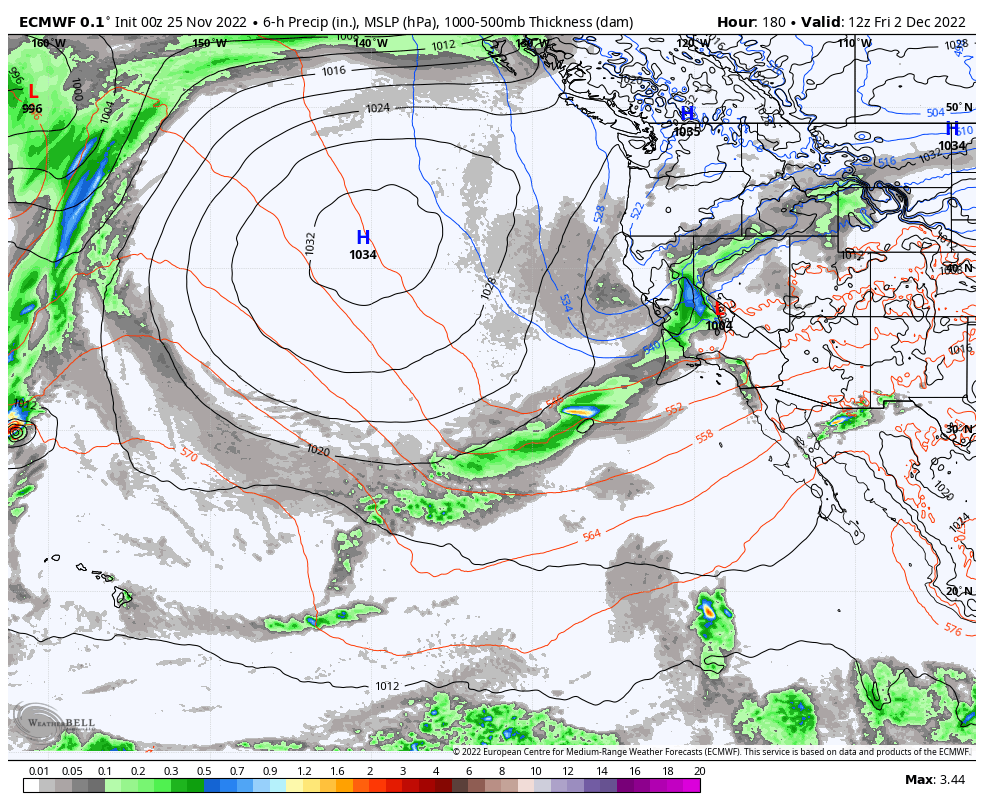 The interesting thing with this storm is that a low is forecast to be stuck north of Hawaii under the large high pressure in the northeast Pacific. If the storm Thursday drops south over land like Monday's system then it will likely just bring light amounts of snow again. However, some models suggest the system dropping down the West Coast could tap into moisture from the low off the coast and bring in heavier precipitation and snow as seen on the European model run above. 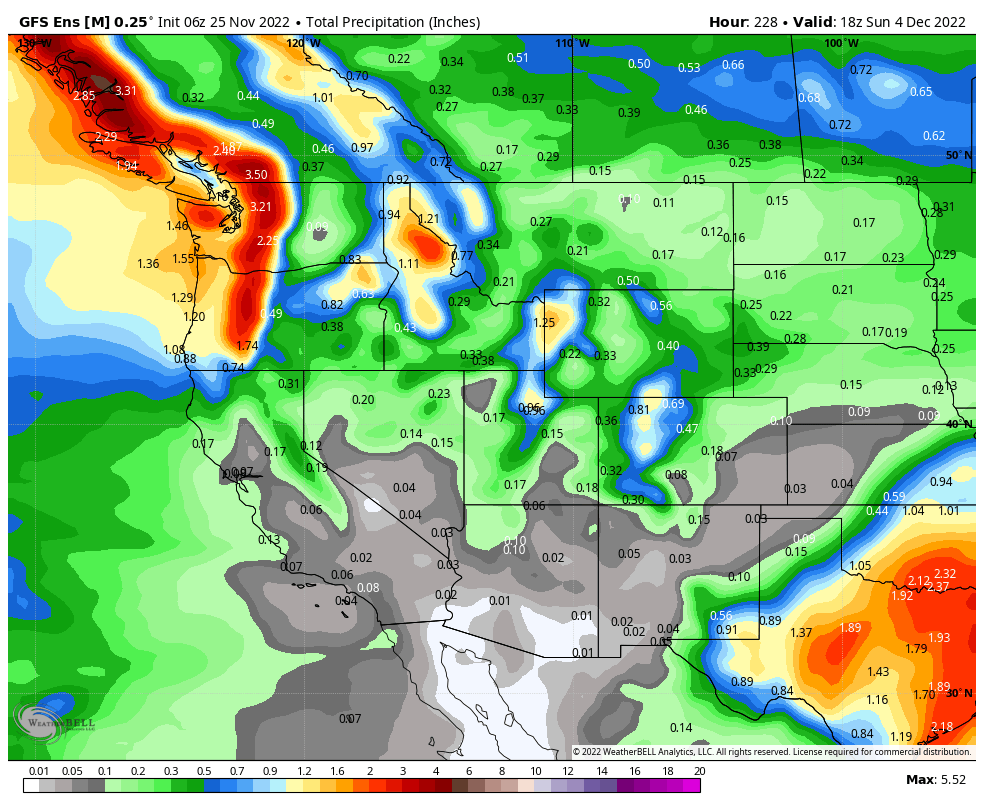 The other reason the GFS model is drier is that it nudges high pressure into the West Coast more quickly by Saturday the 3rd with a drier pattern setting up.

The European model not only shows a wetter scenario with the storm Thursday-Friday, but it also has a 3rd system dropping into northern CA next Saturday the 3rd as it is slower with the drier pattern building in. Here is the European ensemble mean model forecast for total precip through the 3rd. 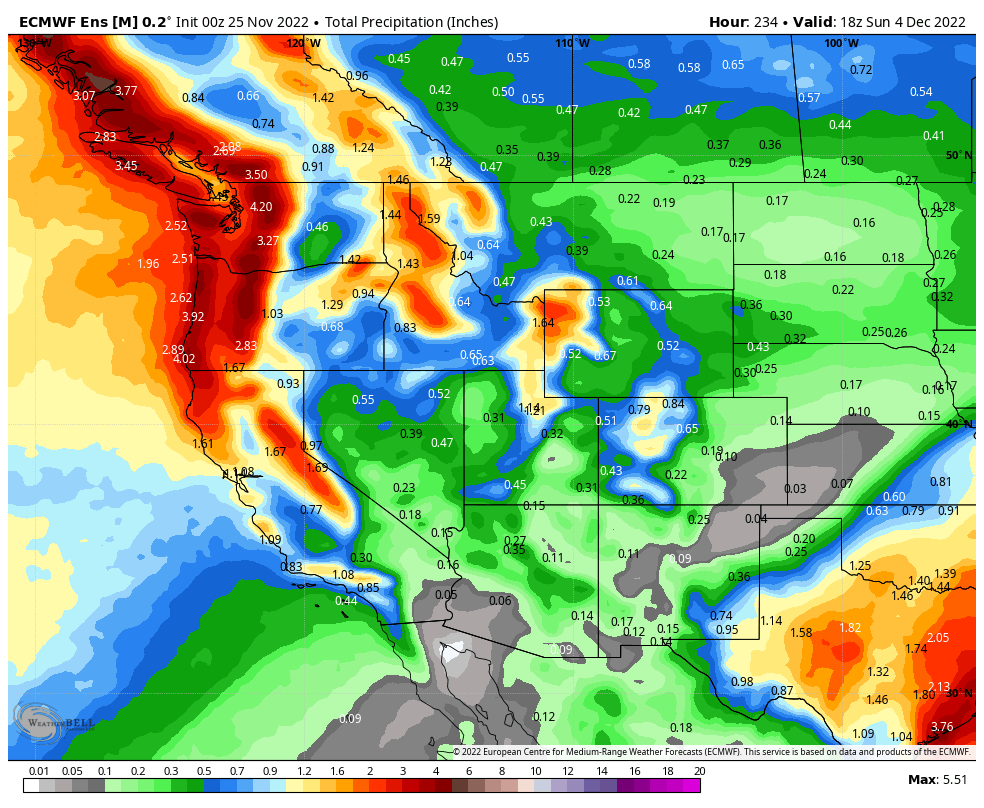 The other models are split on the scenarios as well. We will have to continue to watch the trends of each system closely over the next week as we try to fine-tune the details of how much snow we could see from each.

By day 10 and beyond into the week of the 5th, the long-range models suggest that high pressure in the northeast Pacific nudges inland. The GFS is faster as I explained above as it dries us out starting Saturday the 3rd, while the other models suggest we go into a drier pattern starting Sunday the 4th. 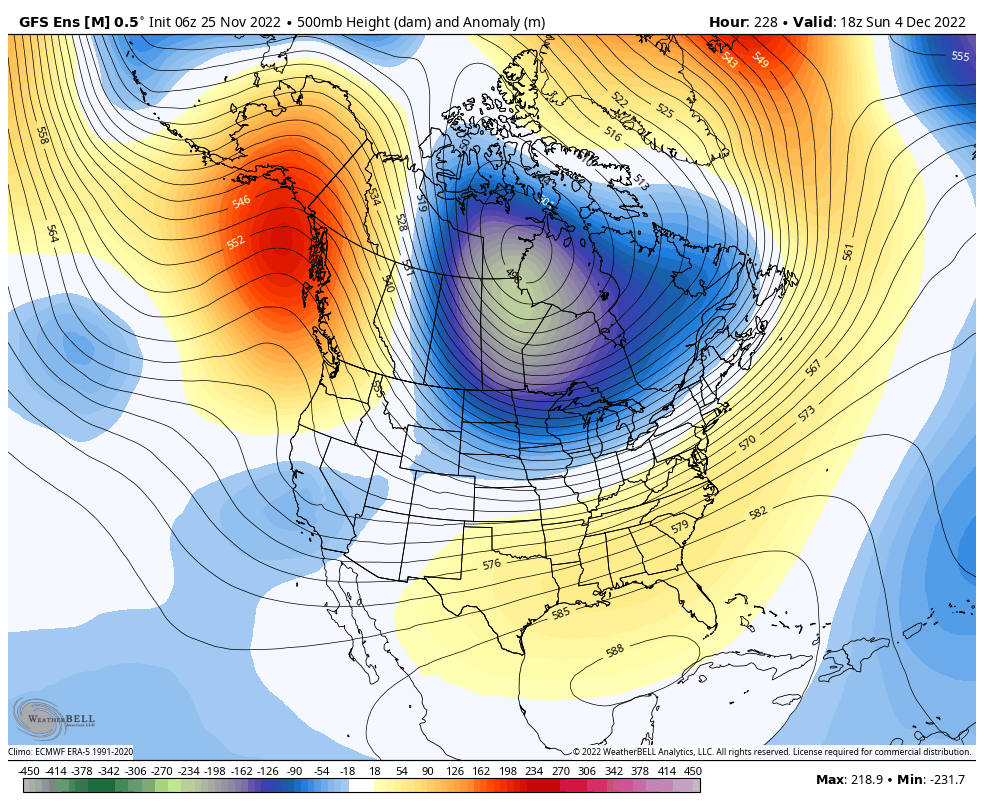 Things can change a lot in the forecast beyond 10 days which is why it's labeled the "fantasy" range. So we'll continue to watch the trends. Some uber long-range models suggest the ridge could retrograde west again with the trough digging back into the West as we go into the 2nd week of December. That could mean the return of colder air and a pain in the butt forecasting period.

P.S. Sugar Bowl and Bear Valley open today (Friday)! That means a majority of the ski areas are now open, with a few stragglers planning to open over the next two weekends. Ski season is in full swing!

Be sure to join us for another season of good times chasing snow!