Powder for the Canadian Rockies 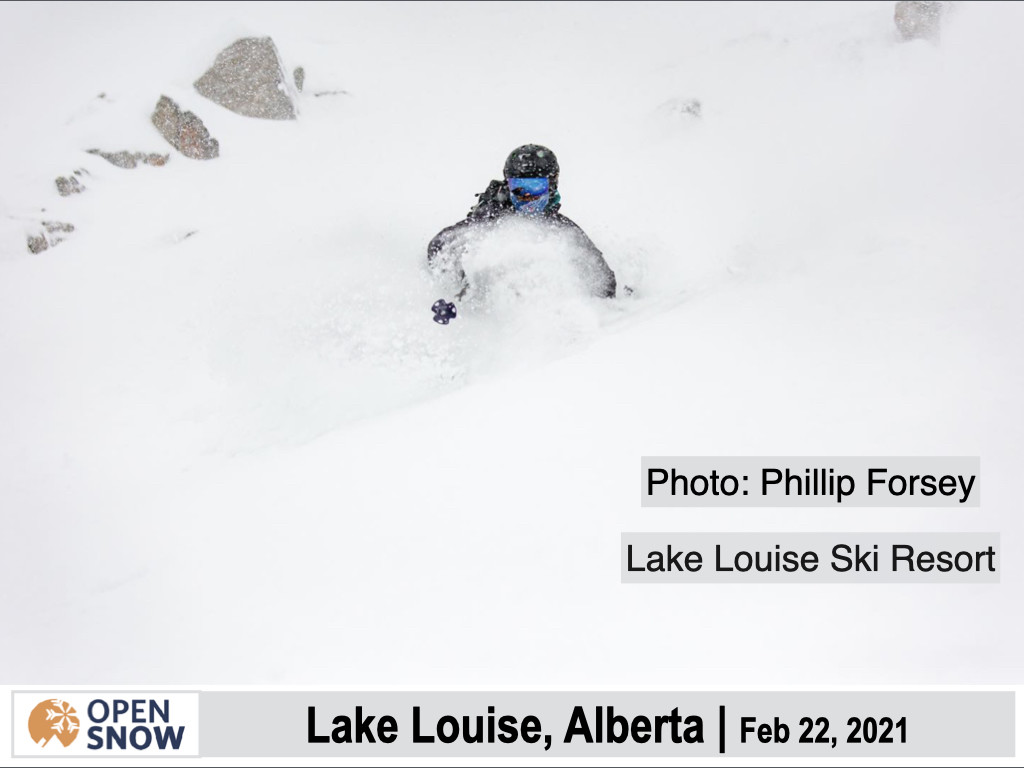 An early week storm produced deep snow totals across the Canadian Rockies, including Banff Sunshine and Lake Louise, while the Washington Cascades and portions of British Columbia were also hit with heavy snow. The storm track will continue to favor the Northwest and Northern Rockies late this week and into the weekend. The East will remain active as well but many areas will face rain issues.

Good storm for the Canadian Rockies

A storm early this week delivered the goods to the Canadian Rockies with deep 48-hour storm totals reported on the Alberta side at Banff Sunshine (45 cm / 18"), Lake Louise (42 cm / 17"), and Castle Mountain (41 cm / 16") as of Tuesday morning. Check out the scene from Lake Louise during the heart of the storm on Monday. 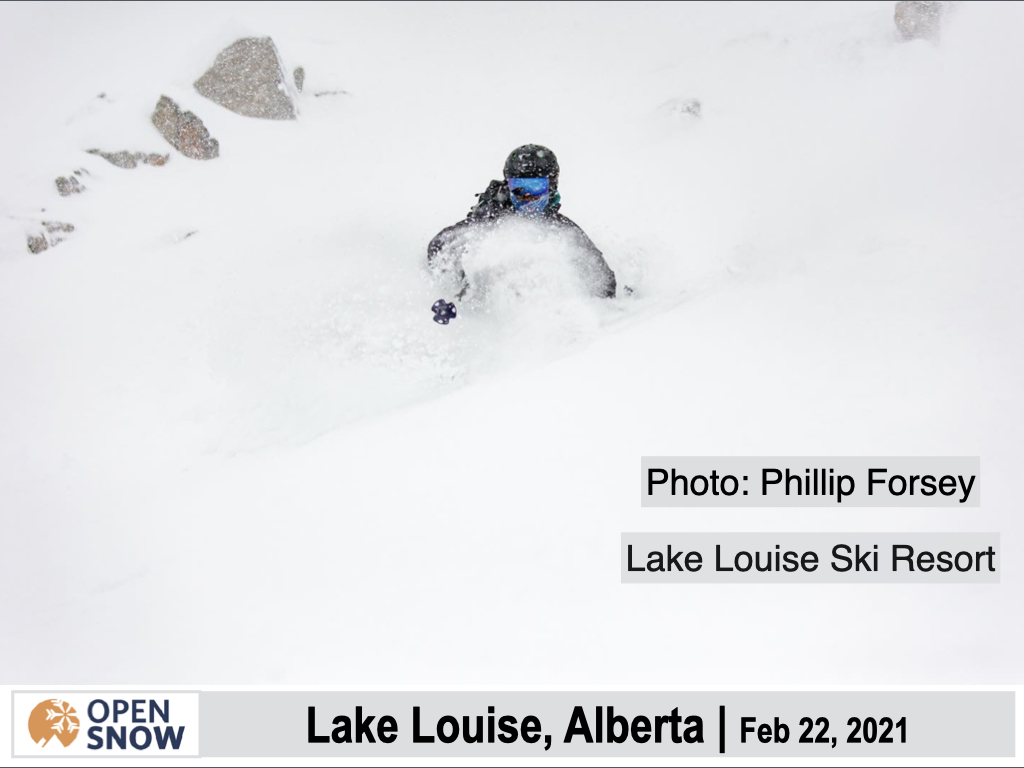 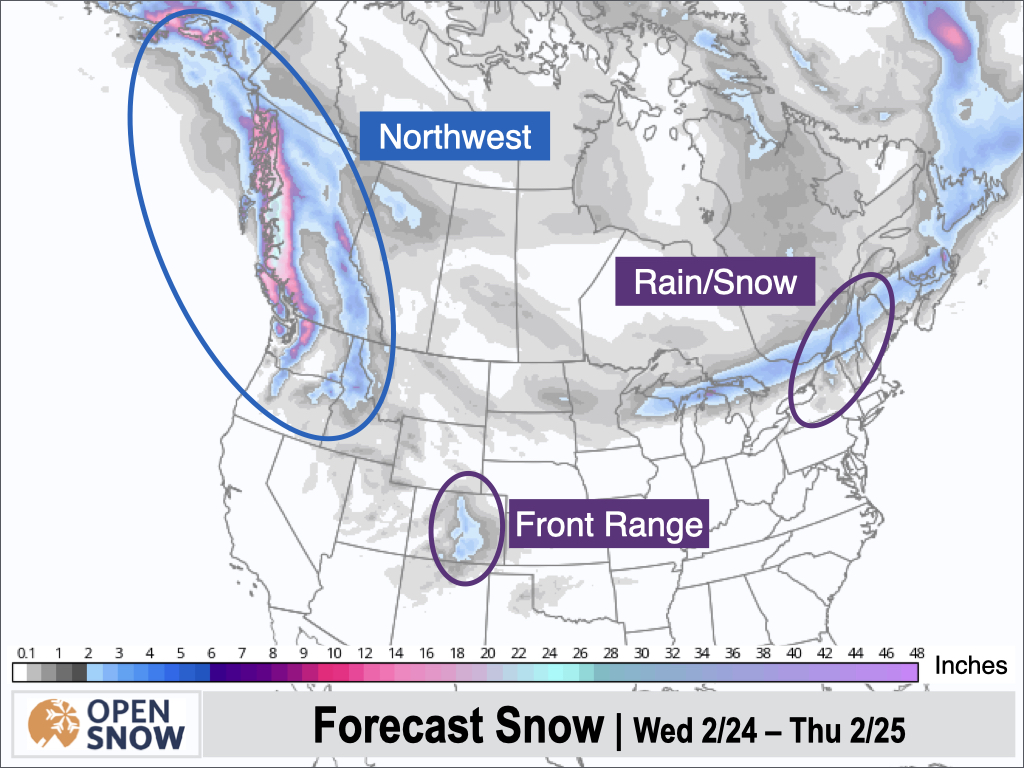 Snow will fall across the Cascades and Northern U.S. Rockies on Friday and into early Saturday. Meanwhile, the next storm will begin to impact Northwest British Columbia and Southeast Alaska on Saturday.

Another storm will impact the East on Friday and Saturday with most areas starting out as snow before changing to rain. Higher elevation Northern New England resorts may be able to escape rain issues, though it could be a close call. 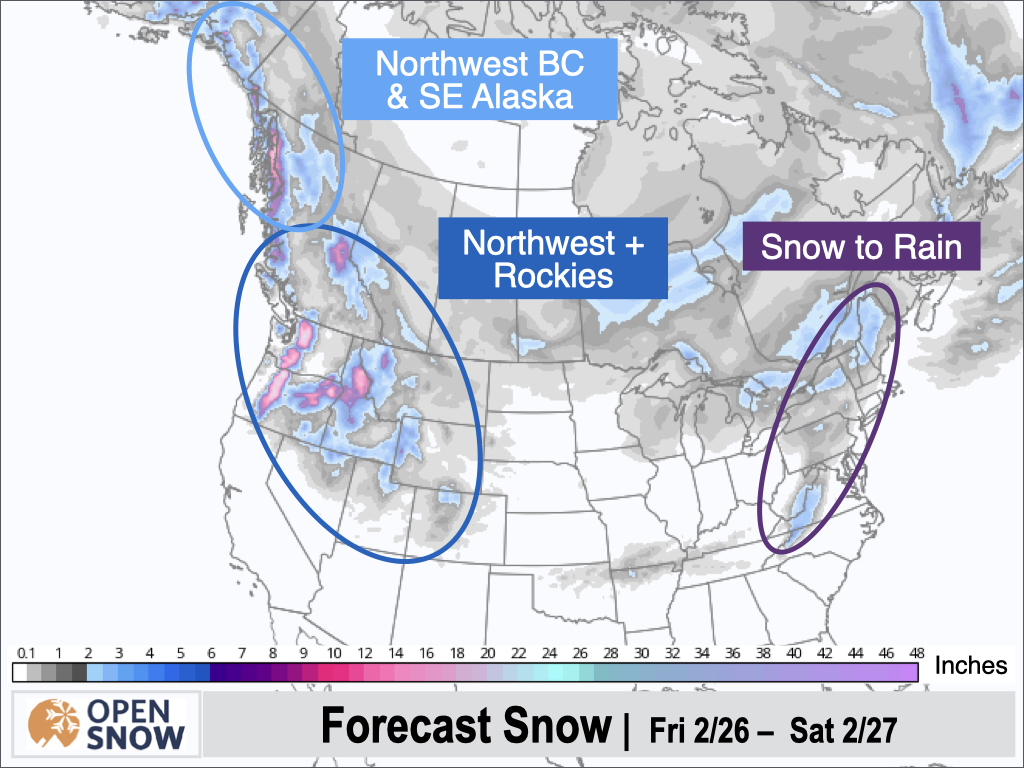 Another series of storms will impact Alaska and British Columbia on Sunday and Monday, with some question marks on how far south the heavier snow extends and whether or not Southern BC and the Northwest U.S. get in on the action. Another storm is possible in the Northeast during this time as well with some combination of rain and snow. 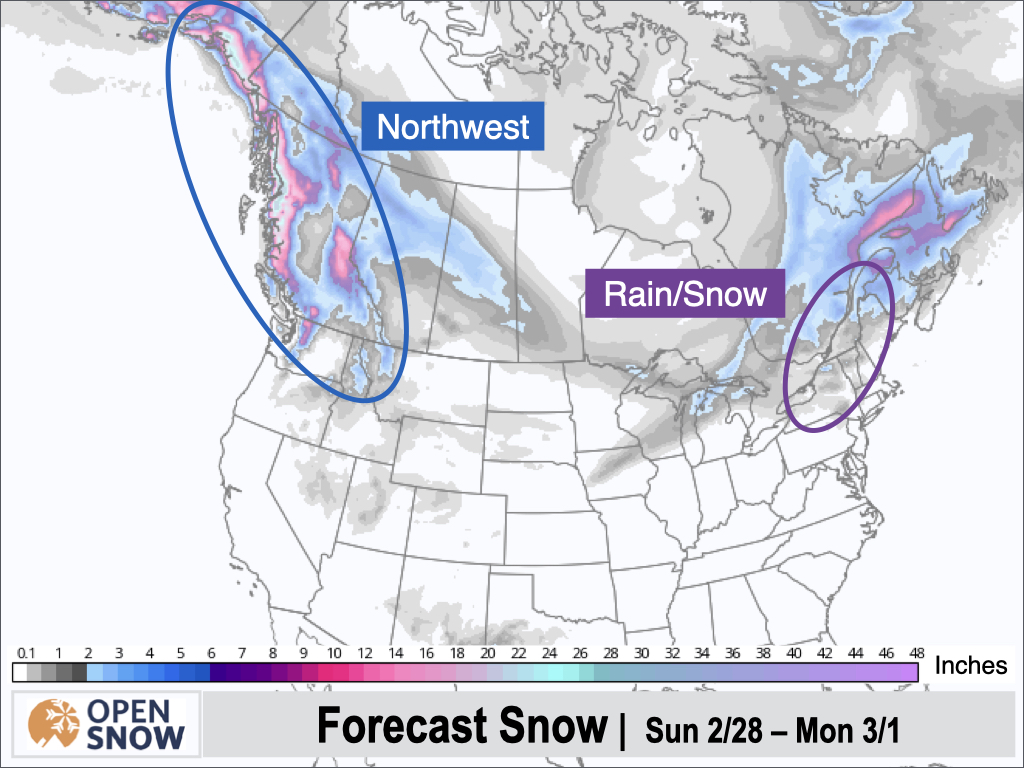 The pattern will continue to favor British Columbia with frequent storms during the first week of March. Meanwhile, a cut-off low is projected to meander into California and the Southwest U.S. which could result in snow for some areas. The East looks relatively quiet but could see some weaker storms that bring a mixture of rain and snow. 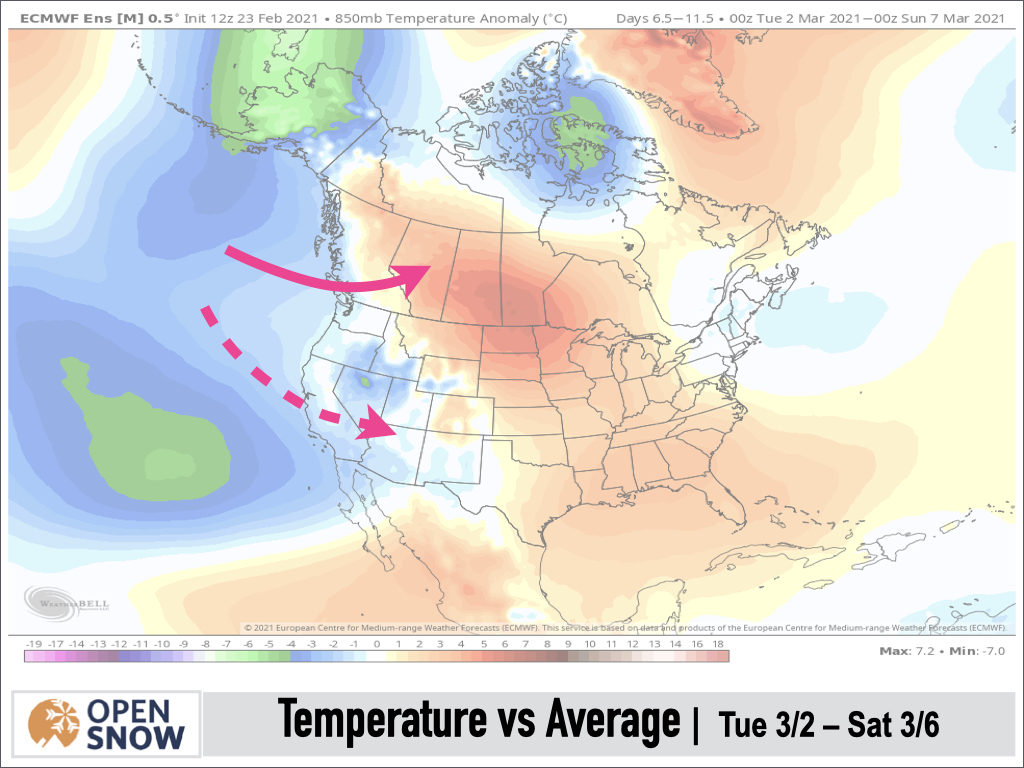 Thanks so much for reading! Check back for my next post on Friday, February 26th.