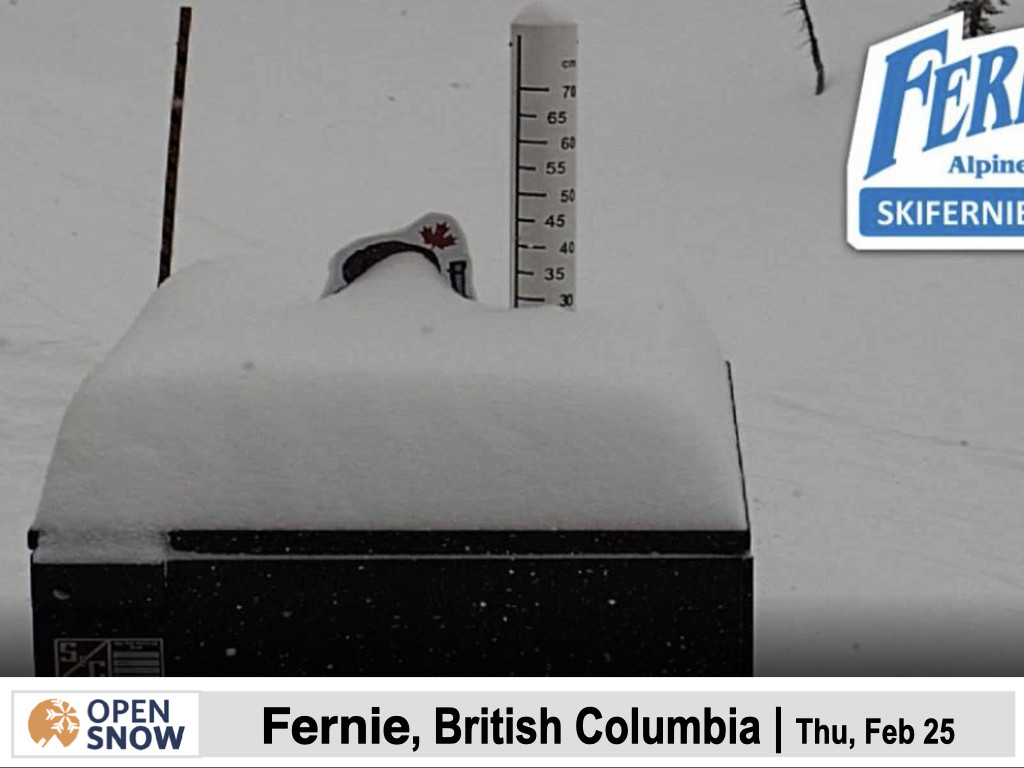 British Columbia and Washington were hit with another good storm on Thursday. Heavy snow will continue to fall across the Cascades on Friday, while Idaho and the Tetons in Wyoming will also score deep snow totals. The storm track will remain favorable for the Northwest heading into early next week, and eventually by late next week, the Sierras & Tahoe may get in on the action as well.

The storm track retreated north this week and the Pacific Northwest, Canada, and Northern U.S. Rockies have scored multiple powder days with more snow ahead this weekend. The latest storm brought heavy snow to Washington and British Columbia on Thursday along with cold temperatures and low snow levels.

To illustrate the heavy snowfall rates experienced on Thursday –  Fernie reported no new snow on its Thursday morning report, but by the end of the day Thursday, Fernie's snow stake cam indicated that nearly 30 centimeters (12 inches) had fallen since their morning report within a 12-hour window. 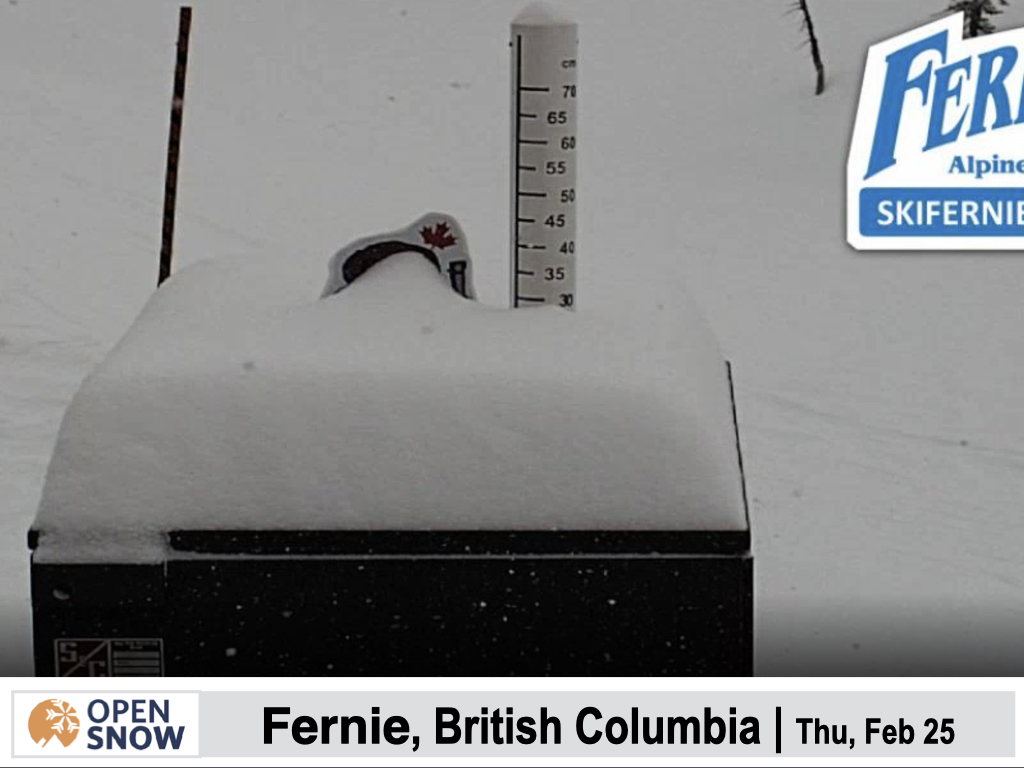 The late-week storm will shift south of the border into early Friday with snow showers tapering off in British Columbia and Alberta. Heavy snow will fall across the WA/OR Cascades and Idaho on Friday as well as the Tetons in Wyoming, while Montana, Utah, and Colorado will see light to moderate snow. A storm will impact the East on Friday night and Saturday, but most areas will see snow changing over to rain. 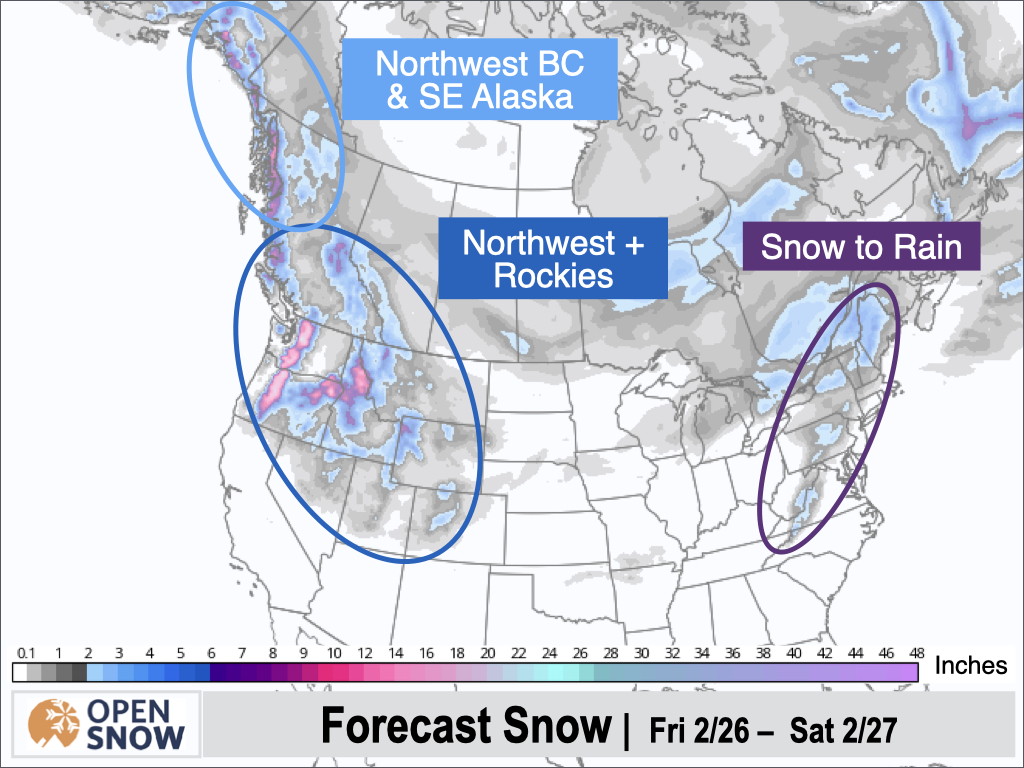 The next storm will bring more snow to British Columbia on Sunday and Monday with especially heavy totals expected across Northern BC. On Monday, snow will begin to push south into Washington and Oregon. The next storm for the East on Sunday is looking like mostly a rain event, though parts of New England should see some backside snow showers on Monday. 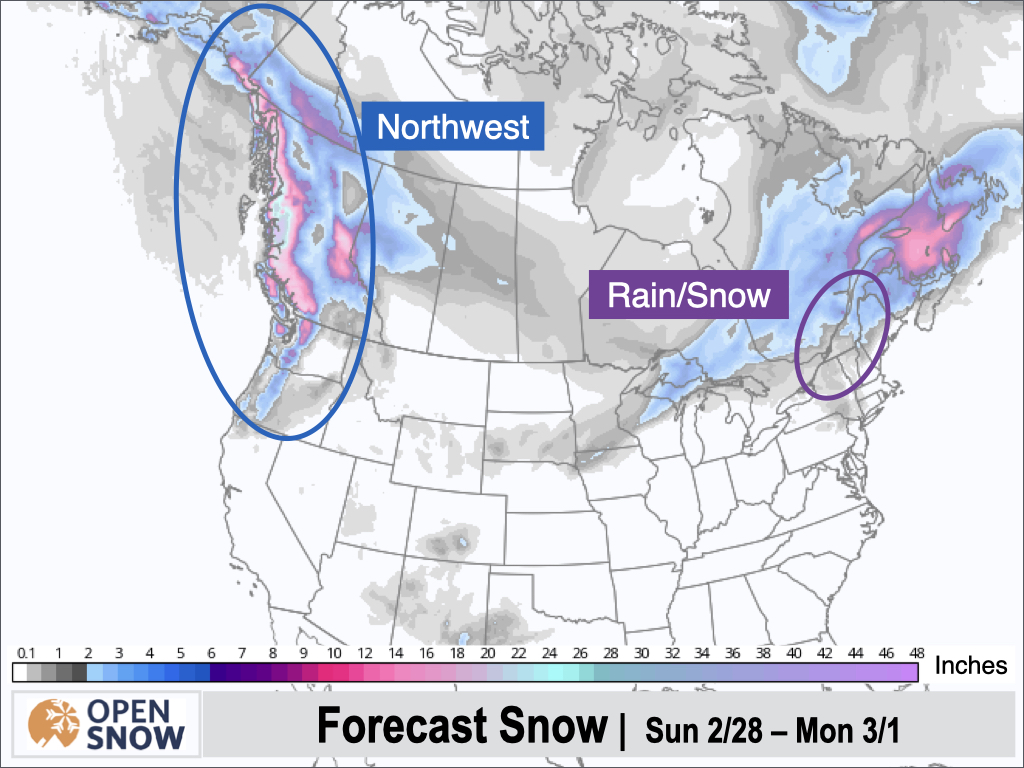 Confidence is low in how the pattern will evolve as weather models are in poor agreement. British Columbia and Western Alberta are the best bets for getting hit with another storm. However, what happens in the Western U.S. is uncertain, with solutions ranging from a weak system for the Northern Rockies to a cut-off low-pressure system tracking farther south and impacting California.

Another storm will be possible in the East around the middle of next week, but once again, it looks like there will be rain issues. 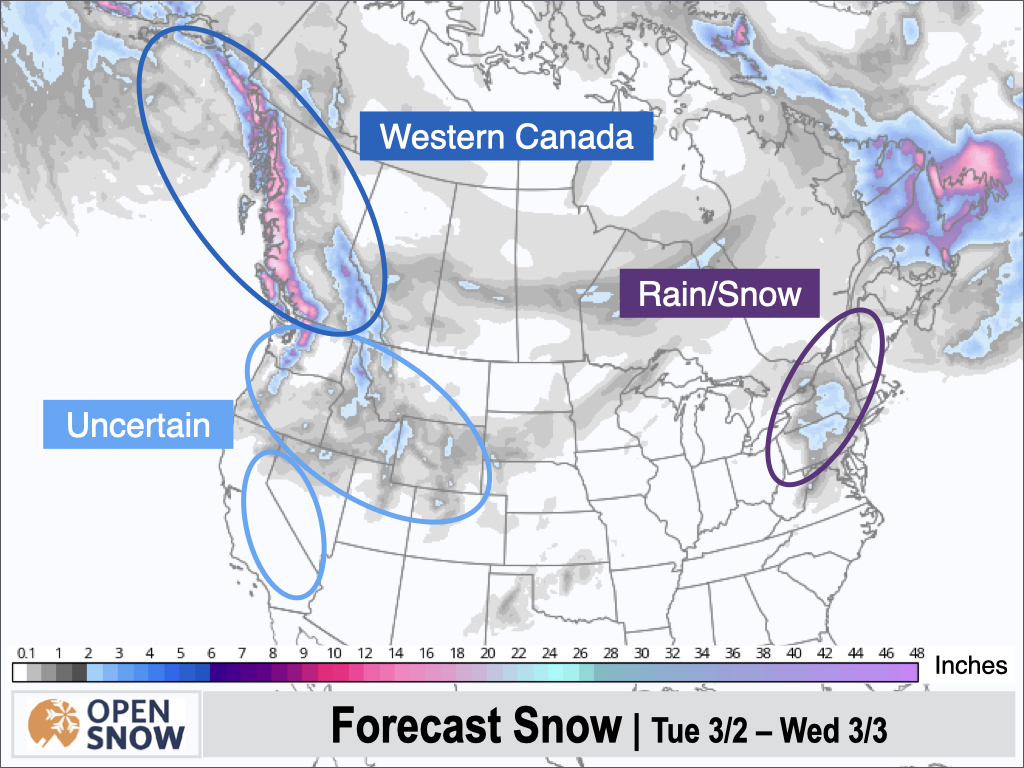 The storm track will favor the Far West during this period. As a result, the BC Coast Range, Cascades, and to some extent the Sierras are expected to see the heaviest snow. Storms will struggle to hold together moving inland, and as a result, the Rockies will be less favored in this pattern with fewer/weaker storms expected. The East could see additional storms during this period but will likely continue to deal with warm air and rain issues. 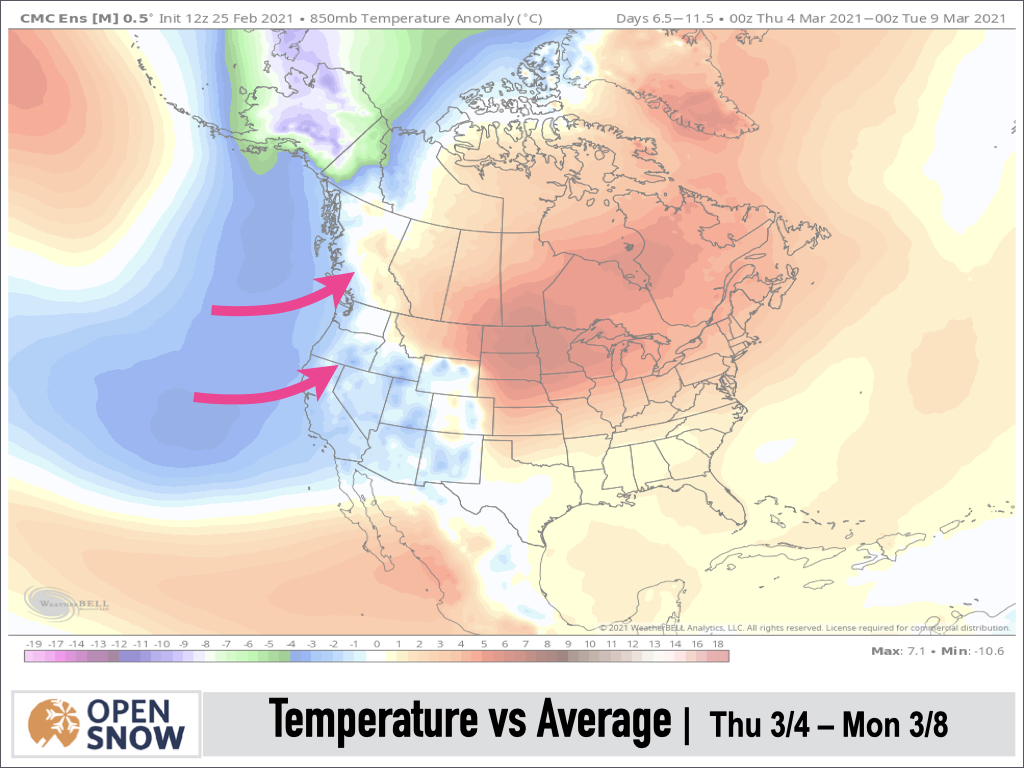 Thanks so much for reading! Check back for my next post on Monday, March 1st.