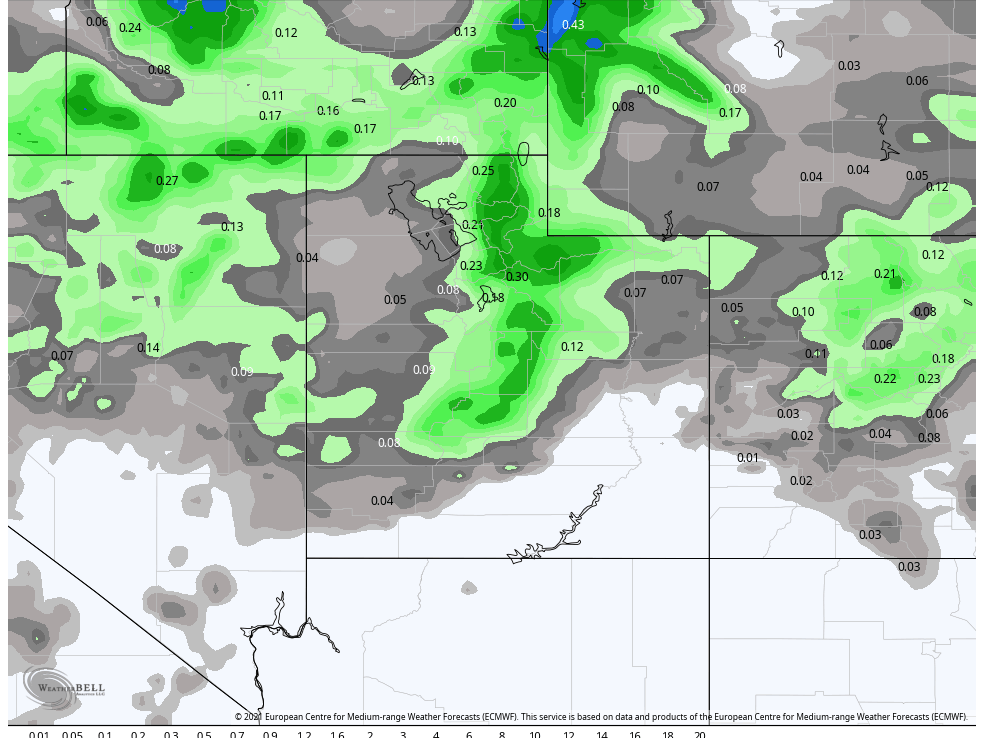 We are in a much quieter pattern now than we were a week ago when the strongest storm of the season was bearing down on us. Still, it's not dead quiet. Today (Monday) may be the quietest day of all with relatively warm and clear conditions as short-term high pressure is overhead. Clouds increase Tuesday ahead of a weak system that will move in by Wednesday morning. Amounts with this system are very meager per latest guidance. Here is the total precip in the Euro: 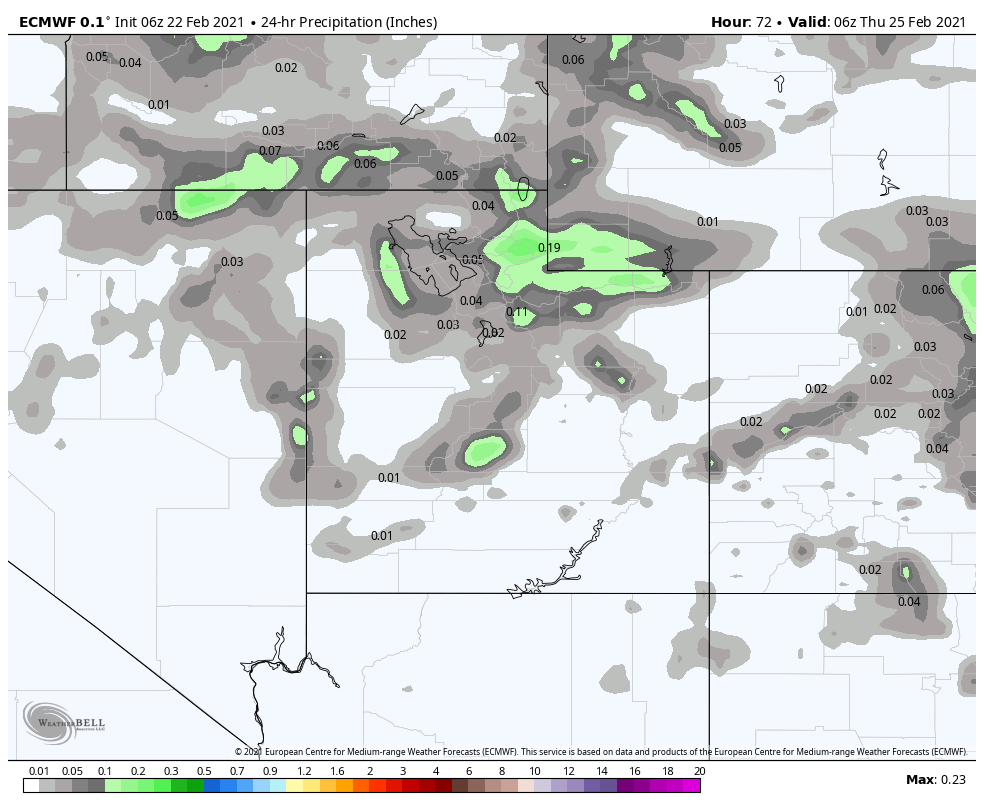 Some other models have trended even weaker. Probably only looking at a trace of snow to maybe an inch or two.

We have a break on Thursday before another system moves in by Friday with a reinforcing shot on Saturday. Again, this secondary system may be a bit stronger, but it's still on the weakish side. Here is what the Euro shows for this system: 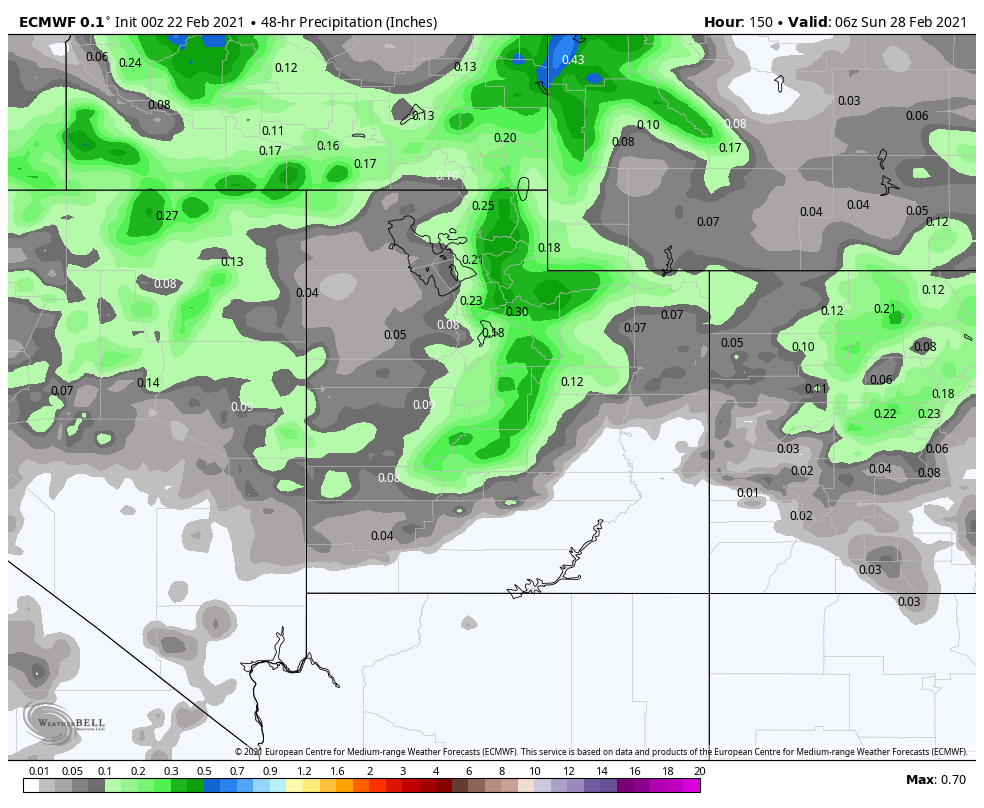 Probably only a 3-6" storm at best per current model guidance. The main impact will be clouds and much colder temperatures for the weekend. For now, it appears as if we are out of the big snow pattern for the time being, with only light refreshes in the forecast.

March looks like it will come in like a lamb. Models show an amplified pattern in the Pacific with perhaps a trough dropping to our west to start the month. Utah should stay mostly dry and relatively warm next week. We could see storms return the second week of March but that is only speculative at this point. It's been awhile since we've seen a period of high pressure, so it may be time for us to put in our dues before stormy weather returns for late season.

P.S. See the "Announcements" section below for our latest feature update!