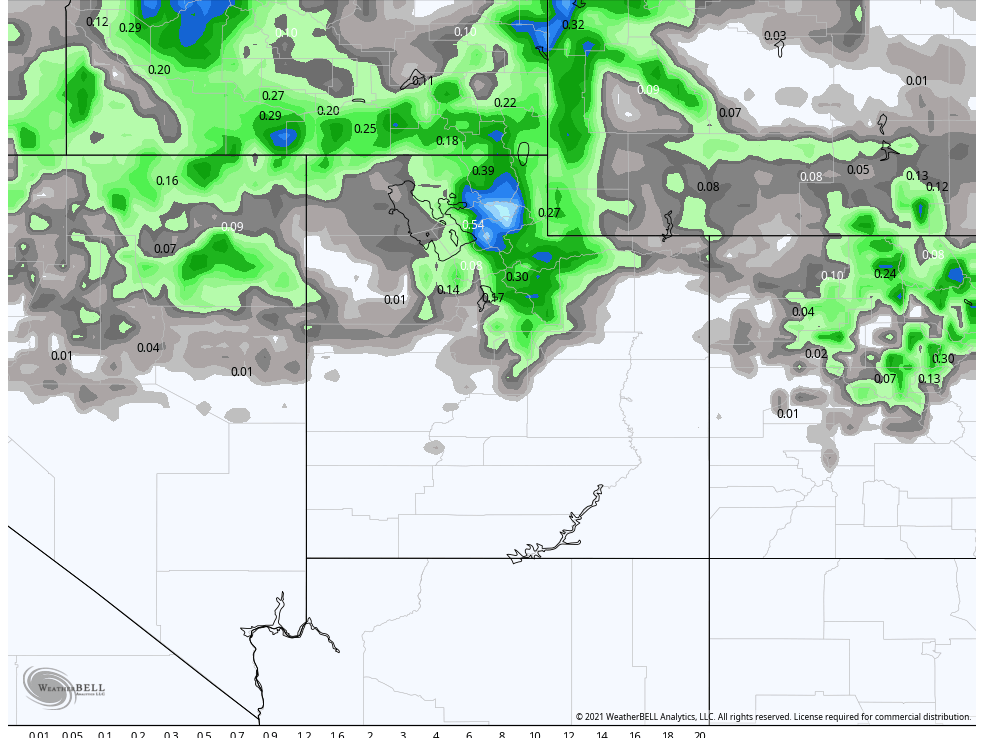 Northern Utah will be the focus over the next 5 days as we have a few waves that will bring chances for generally light snowfall. The first is this morning and is very weak. It's mostly just clouds, but we are seeing a few light snow showers up near the Idaho border. Light snow is currently falling at Beaver Mountain: 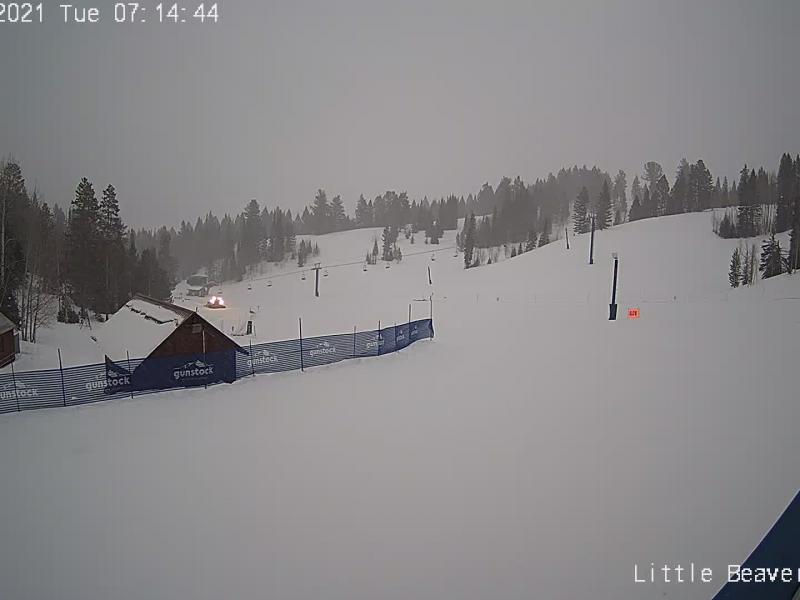 Farther south, we could see a few snowflakes this morning, but mostly just some clouds before clearing later today.

Tomorrow, we see a slightly stronger wave move into Northern Utah. Still, "stronger" definitely doesn't mean strong. It's a weak system and I expect only to see maybe 1-3" of new snow from it. Here are totals for Wednesday per the NDFD: 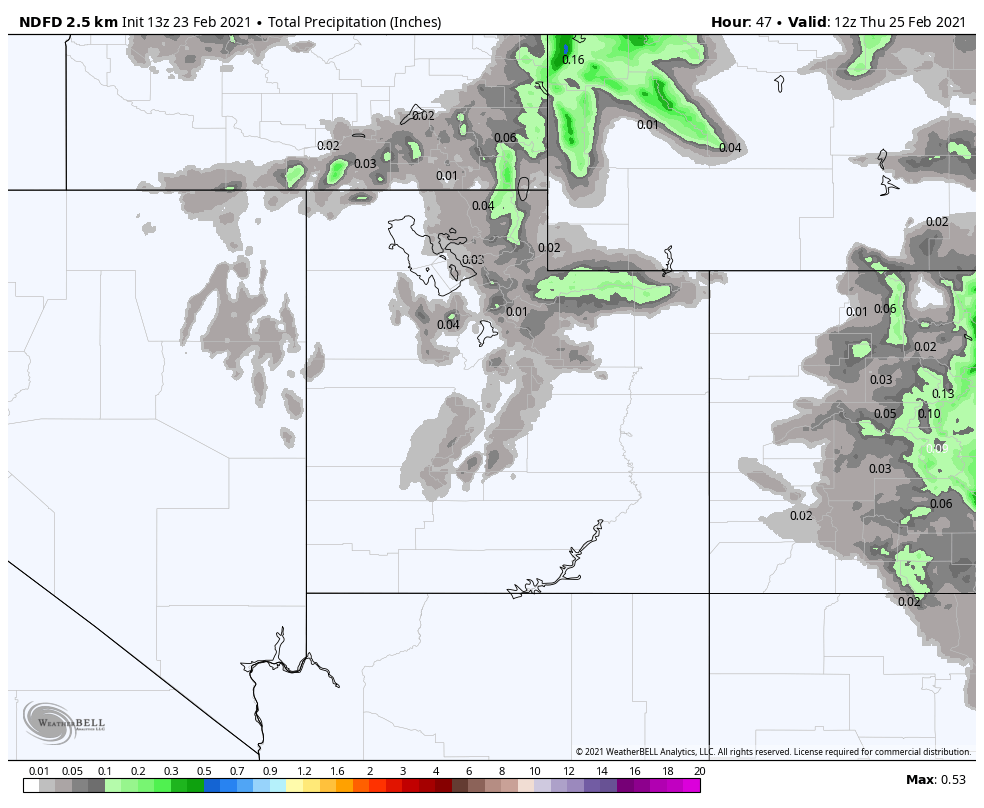 A break on Thursday before we see the next wave move in on Friday along with additional cold temperatures. A weak wave on Friday will be reinforced by a stronger system on Saturday. Totals do not look big, but some models have at least halfway respectable amounts. For example, here is the latest German ICON model:

Not huge, but 4-8" is possible this weekend in Northern Utah mountains if current trends hold.

After Saturday, it looks like we are generally going to enter a break in the action. High pressure is progged to build over the interior US while low pressure trough develops off the west coast. This should give us a mostly dry period for the first 5+ days of March, along with warmer temps. Long-range models do show the trough eventually pushing inland which could bring us a return to more active weather during the second week of the month. We will continue to monitor.