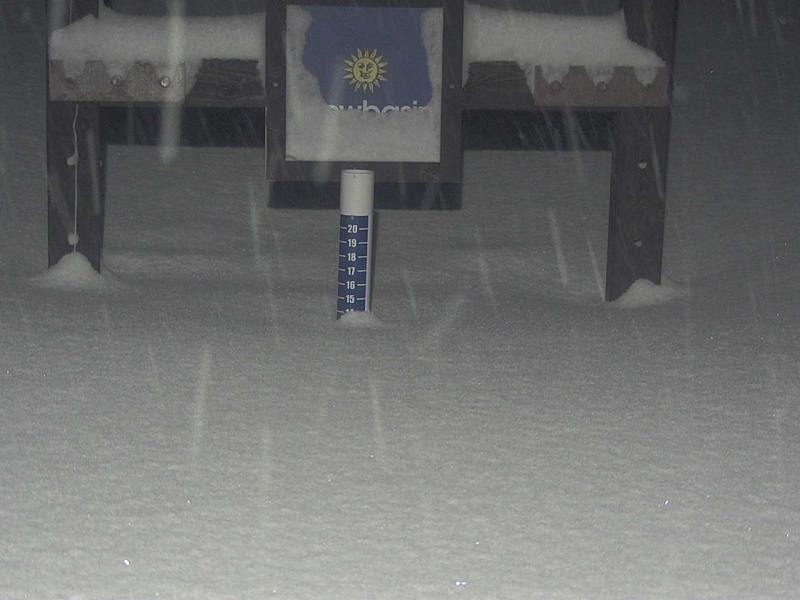 Snow and very cold temperatures today. We clear out tomorrow and generally have a break in the action for the next week as we head into March. A stormier pattern could return for the second week of March.

There's not too much more to say. Storm moved in last night and has performed at or above expectations. Not all resorts are reporting yet, but those that are in Northern Utah have thus far reported 9-14" of new snow. Here is Snowbasin showing near 14" of new snow and still coming down: 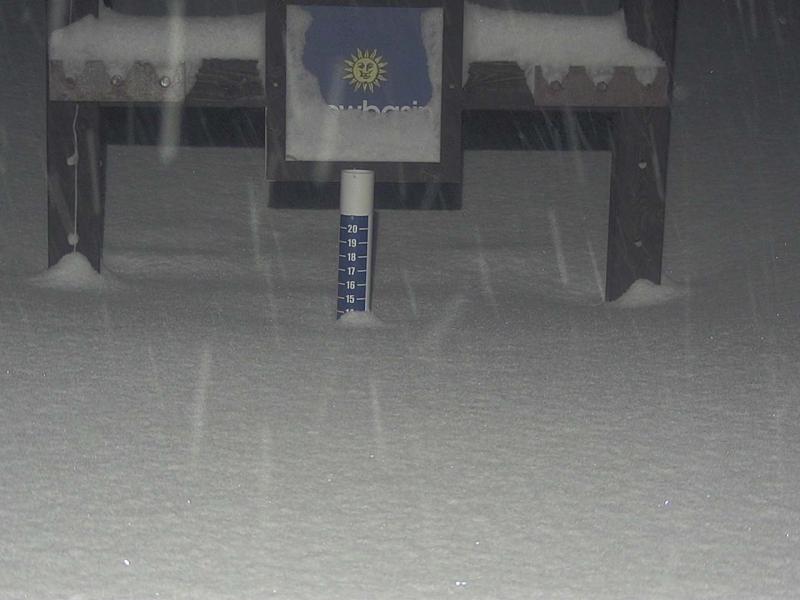 Snow showers will continue this morning with additional accumulation possible of 3-6" with perhaps higher amounts in Cottonwoods. The temperatures are FRIGID out there right now. Mid-mountain temps are generally in the single digits and there is still plenty of wind. If you are going to ski today, bundle up!

Reminder that LCC road is closed with an estimated opening of 8am as they perform control work.

We clear out by tonight with bluebird day on Sunday.

High pressure will remain in control next week. Expect mostly dry and warmer conditions. Still a chance a closed low could bring some showers to mainly southern Utah late Wednesday or Thursday, but that's about it for the next week. Looking at long range ensembles, the general trend is to bring chances for storms back to the area on or after March 8th. We will continue to monitor this.