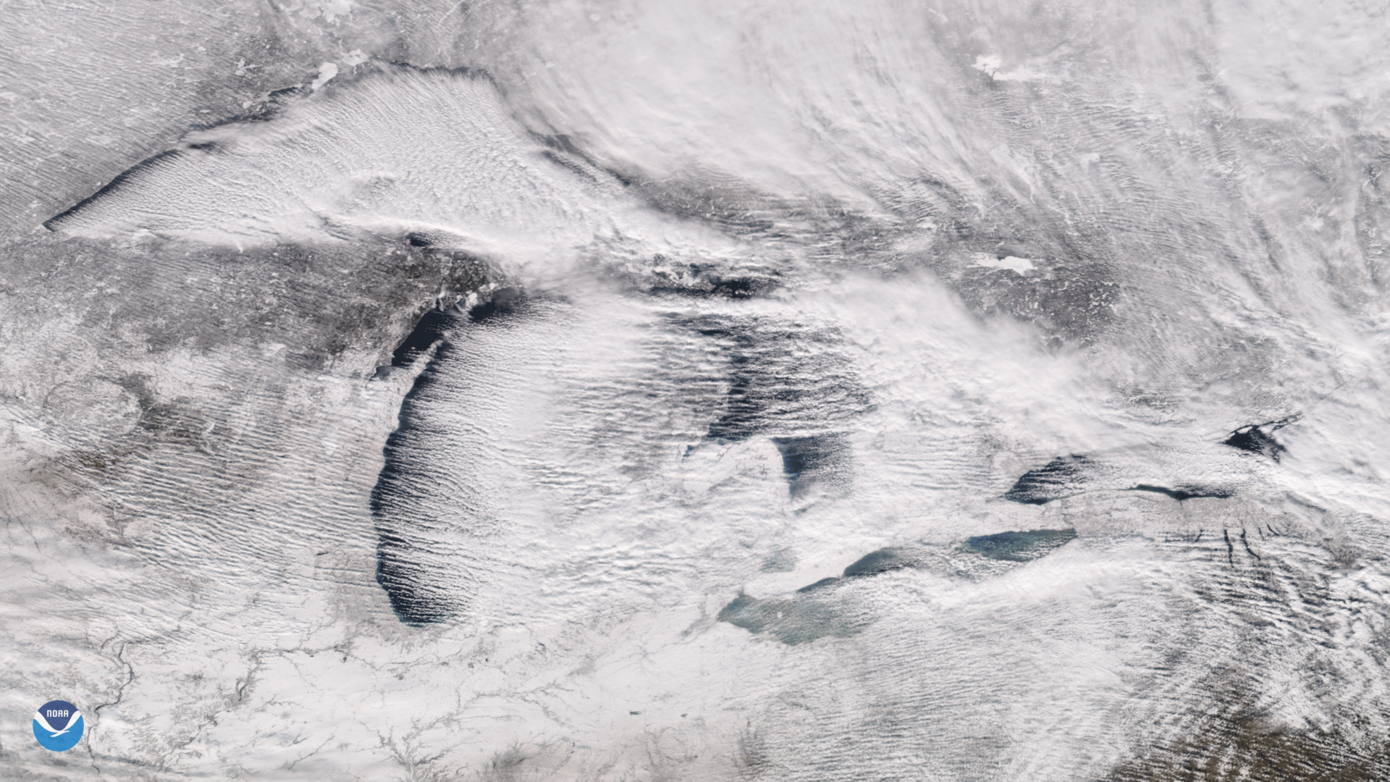 How does lake effect snow occur?

As the colder air passes the relatively warm and unfrozen water, warmth and moisture are transferred into the lowest portion of the atmosphere. The air rises, clouds form and narrow bands of snow produce rates of 2-3+ inches of snow per hour. 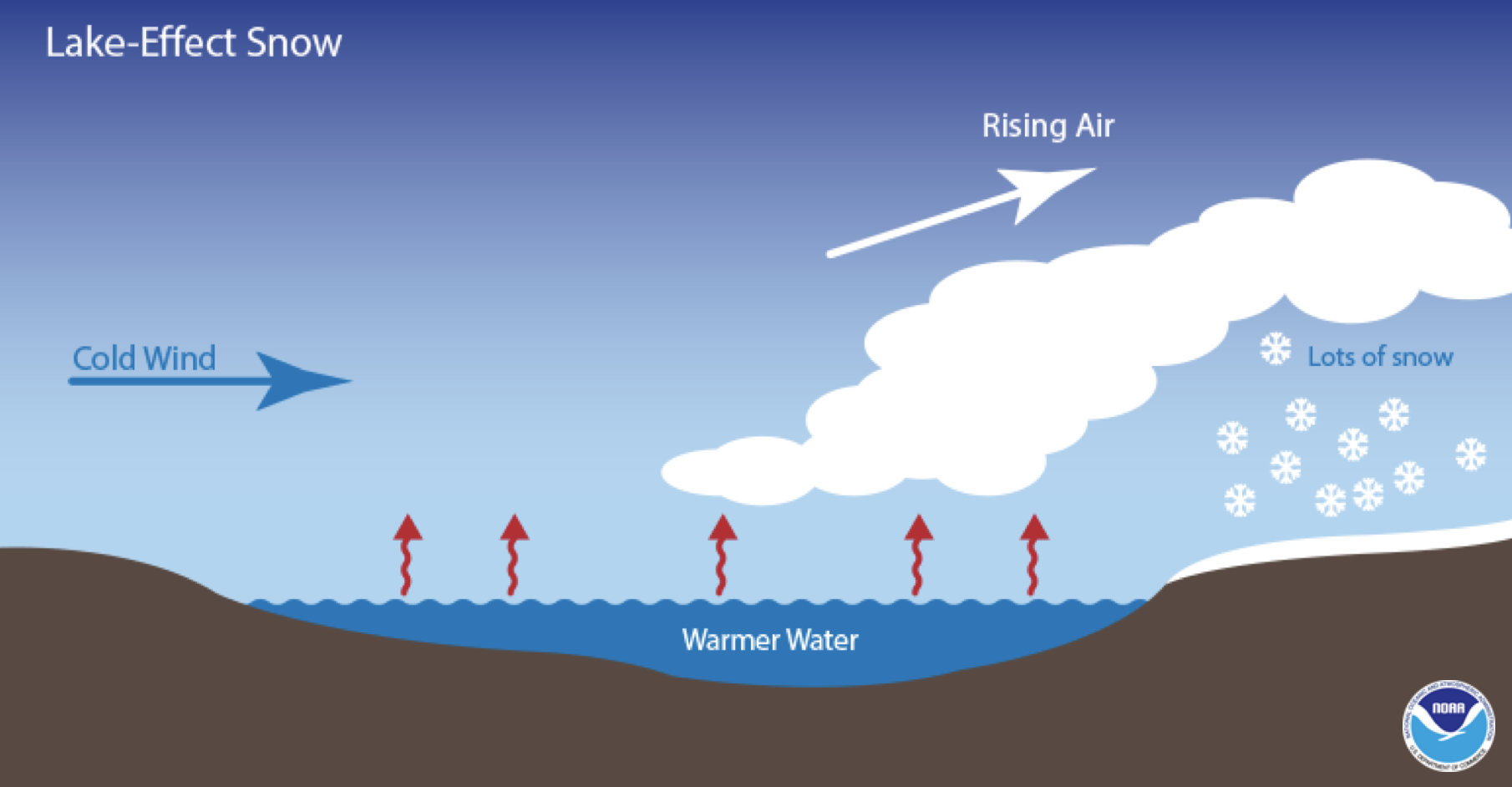 Wind direction is a key component in determining which areas will receive lake effect snow. Heavy snow may be falling in one location, while the sun may be shining just a mile or two away in either direction thanks to these narrow bands of intense snowfall.

The “fetch” is an important factor that determines the intensity of lake effect snow. Fetch is the distance that a specified wind direction blows over a body of water. A longer fetch allows for more moisture to be transferred into the lowest part of the atmosphere and thus heavier and more widespread snow bands.

Another important factor is the type of elevation changes downwind of a body of water. As lake effect snow bands travel over land surfaces, precipitation is released from the clouds as snow. If the clouds move over hills or mountains, more moisture will be released and thus more snow. This is called orographic lift. Elevation differences of a few hundred feet can mean several more inches of snow for a resort. See the Mountain Orographics article for more details on this.

Lake effect snow can last only one hour to several days depending on when and how the wind direction changes. As long as it is cold and the wind direction moves over a large body of open water, snow is a high possibility. The longer the outbreak, the more likely snow will pile up.

Where can lake effect snow occur?

Anywhere! Lake effect snow can occur over any unfrozen body of water where the fetch is long enough to gather enough moisture to create snow. Lake effect snow can occur over Lake Tahoe, the Great Salt Lake, the finger lakes, and even has been reported over rivers in the Midwest! It is most common over the Great Lakes because these bodies of water rarely freeze and have long fetches for heavy snow bands to develop. Lake effect snow is also common in Japan but is called ‘sea-effect snow’. It is the same mechanism of formation, just a different body of water.

Here are some radar images of lake effect snow over the Lake Tahoe Region, Great Salt Lake, and Great Lakes. 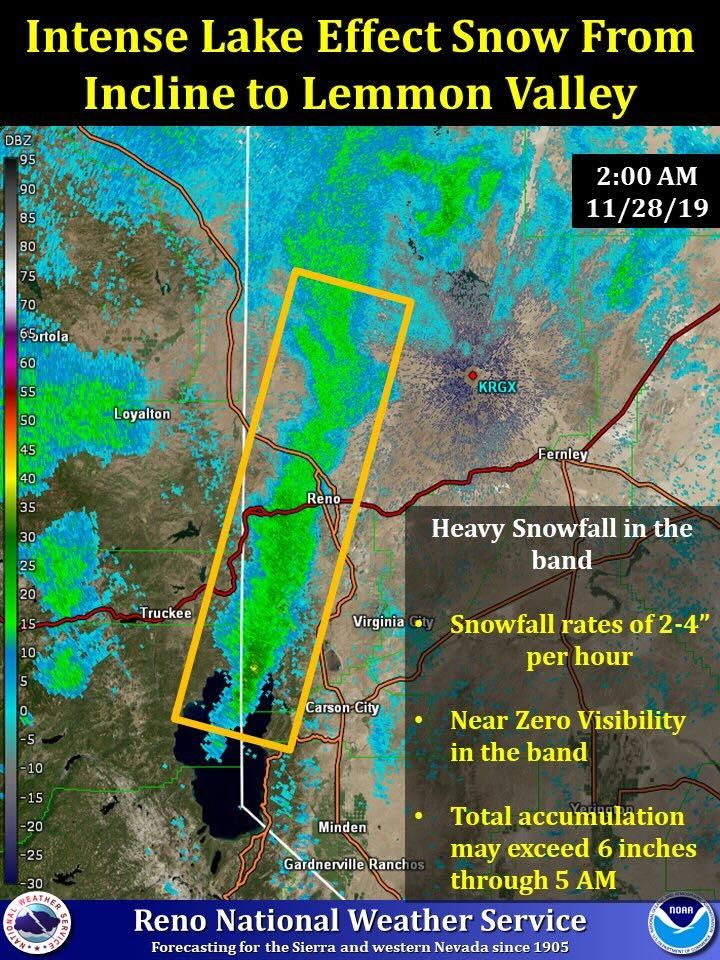 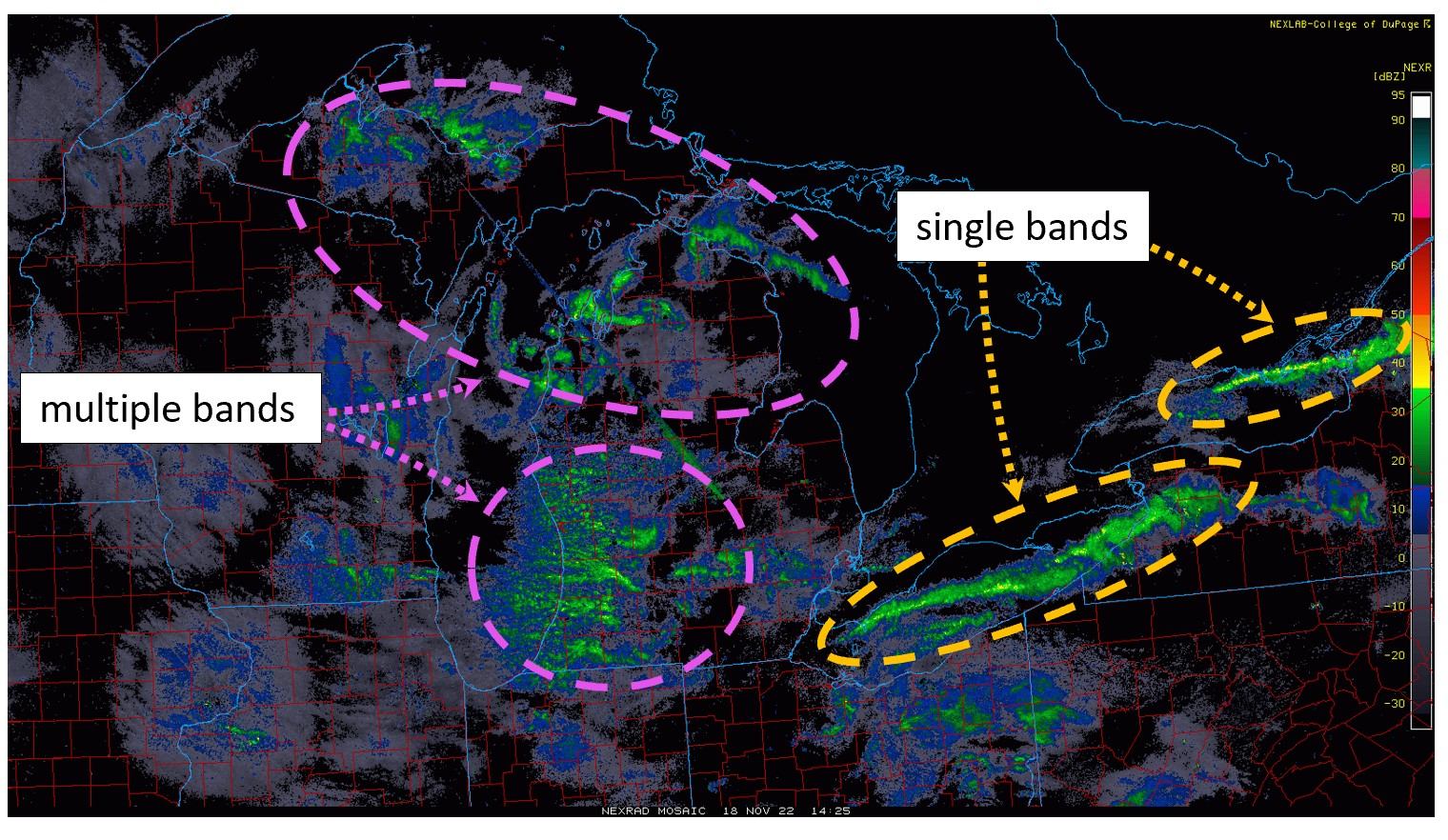 What does this mean for skiing and riding?

Lake effect snow is accompanied by cold air and strong winds, which can create white-out conditions on your drive to the slopes and while on the slopes. Snow bands are often only several miles wide and can cause drastically different snow totals if you are in the center of the snow band or on the edge of it.

Lake effect snow usually has a lighter snow-to-liquid ratio, which means extra powder on the slopes and great turns. Some of my favorite days skiing were from a foot of light and fluffy lake effect powder.

Lightning and thunder can often accompany strong lake effect snow bands (usually single bands) due to the convective nature of the clouds. This can cause lift delays if lightning strikes are on the mountain.

Lake effect snow can make it an epic day on the slopes and also affect your travel to the mountain. Keeping tabs on the radar is the easiest way to see how snow band(s) are strengthening/weakening or moving. You do not want to miss the next lake effect powder day so keep tabs on the OpenSnow forecast radar and current radar!