The reason we are able to use radar to search for snow is due to a discovery during World War II. During this time, military radar operators were using radar to search for aircraft, but they found that the radar screen also came alive when snow and rain were present. When the war ended, research was conducted to figure out if it would be possible to use radar for weather prediction. Scientists spent decades perfecting the technology and today there are hundreds of weather radars installed across the United States. Radar is a beam that is pointed from the ground up toward the clouds, so it can detect snow that falls from the clouds toward the ground. The radar itself looks like a big satellite dish that is often covered by a white sphere that can resemble a big ball. 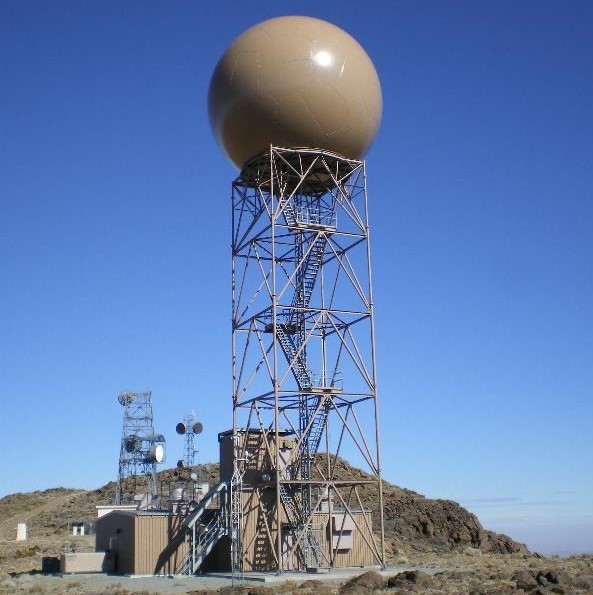 This dish spins around in a circle and sends out a pulse of energy as it spins. If this energy hits something, it bounces back toward the radar dish and computers analyze how much energy was returned and how long it took. This enables the radar to tell us if the precipitation that’s falling is light, medium or heavy, and also where this precipitation is located. It can also tell the type of precipitation (white=snow) based on the returns as reflections off of rain comes back differently than snow. 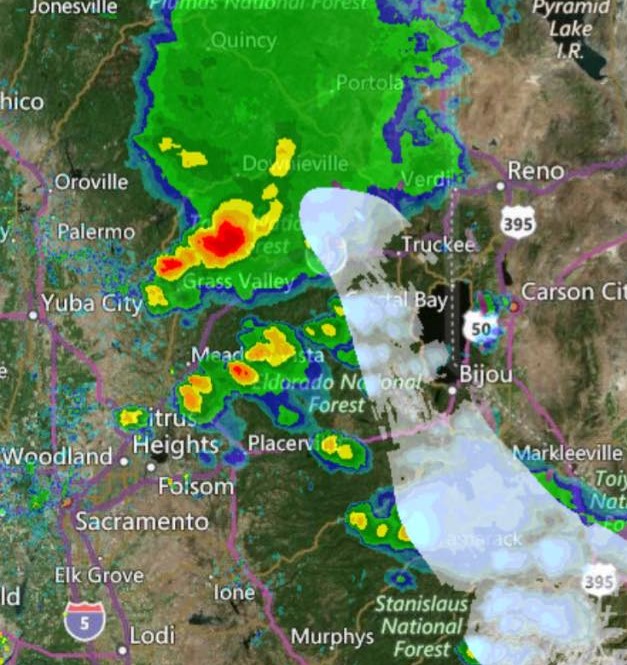 So far this sounds simple enough, but there are some tricks. The radar isn’t pointed flat along the ground because it might hit trees or buildings. This would give a false indication that there’s snow or rain falling. Instead, the radar beam is pointed upwards just a bit. This alleviates the problem of the radar hitting things near the ground, but it also means that the beam gets higher and higher into the sky as it moves away from the radar, so it can miss some snow that’s falling close to the ground.

In the West where mountains rise to over 14,000 feet above sea level, the radar beam can hit the mountains and is prevented from finding snow that may be ‘hiding’ behind the mountains. Because of this, radar is helpful but not always an exact tool for skiers and forecasters to track snow. The National Weather Service is continuously working on new technology and the ability for radar to see snow more easily in mountain locations.

A satellite orbits thousands of miles up in the sky and looks down on the earth. This vantage point allows the satellite to send back images of clouds from above, and these images do play a role in weather prediction. However, snow falls below the clouds, so if a satellite is looking at the tops of the clouds, it can’t be used to actually detect snow.