A break in the pattern ahead 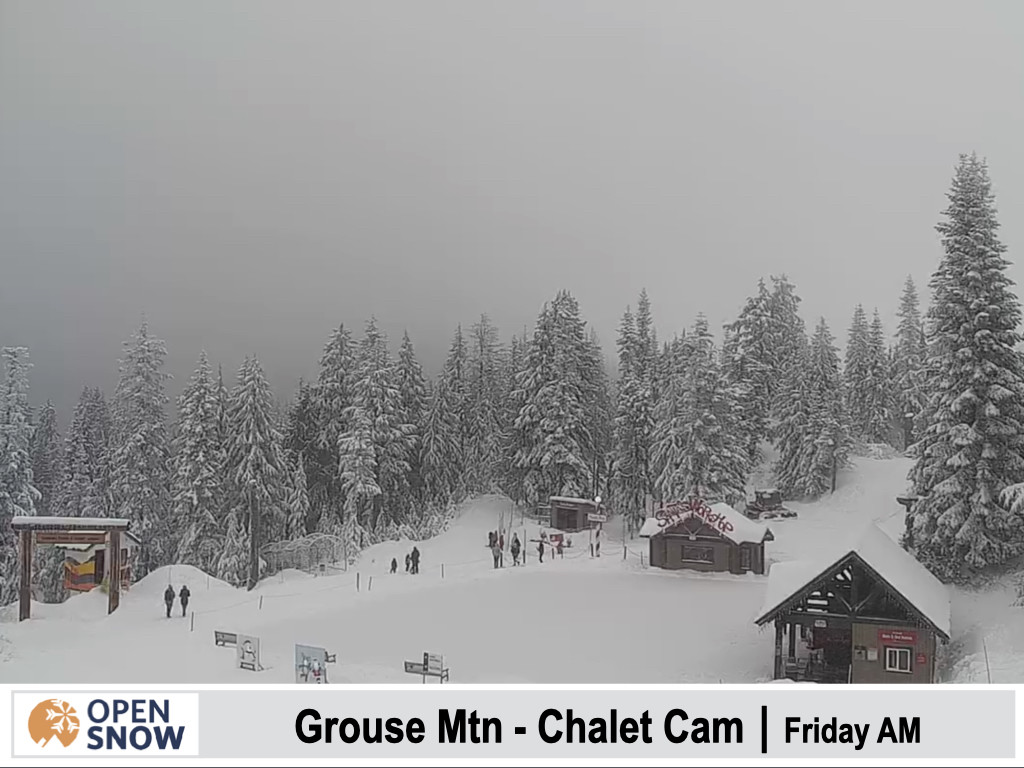 Southwest BC is right on the fringe of a storm located off the WA Coast, which will bring heavy snow to Vancouver Island and light accumulations to the North Shore Mtns. All other areas will see flurries at best. Saturday-Monday will be dry, then light snow is possible Tue (Dec 6) to Wed (Dec 7). The pattern should then turn more active during the second half of next week.

A storm is spinning well off the coast of Washington on Friday. Moisture along the periphery of this storm is reaching the North Shore Mountains and Vancouver metro area, while more abundant moisture is streaming into Vancouver Island from the south/southeast. 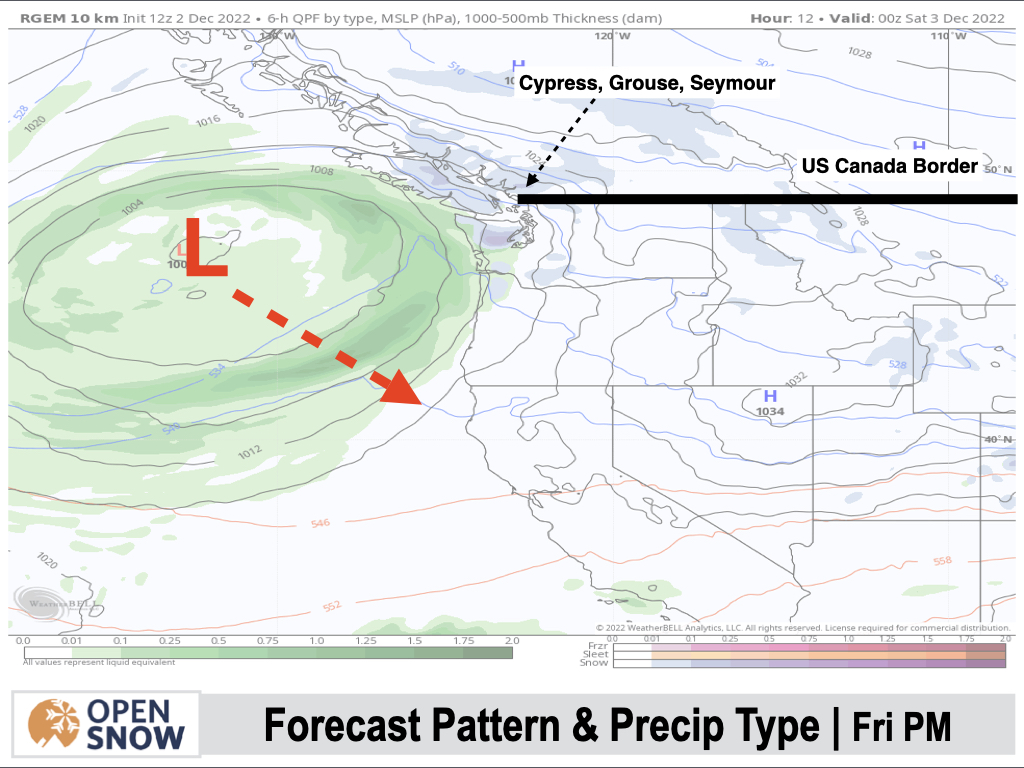 Mt. Washington is the most favored ski area with this storm and had already picked up 9 cm of new snow as of early Friday morning. Light snow is falling across the North Shore Mountains as well, as of late Friday morning. 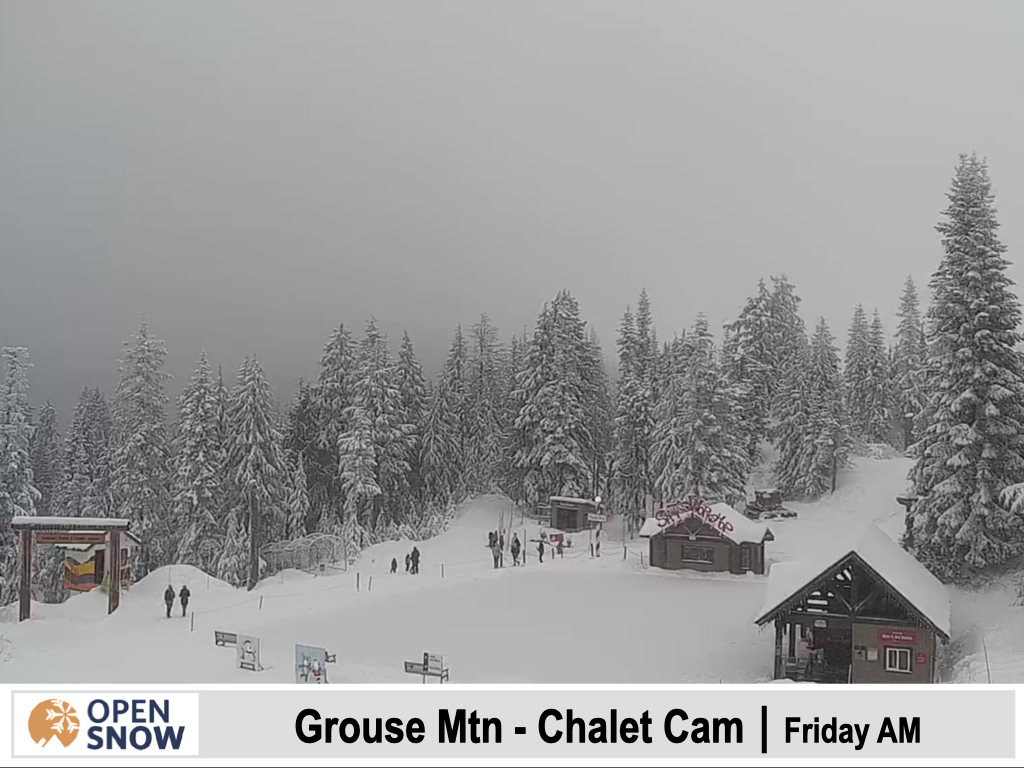 Even though the snow has arrived earlier than expected, short-range models have been trending downward in terms of moisture and snowfall for the North Shore Mountains, despite snow levels being around sea level. At this point, I'm only expecting another 2-8 cm (1-3") of snow for Cypress, Grouse, and Seymour.

These areas can sometimes overperform in these setups, so keep an eye on Saturday morning's snow reports, but recent trends have been downward in terms of snow production. Mt. Washington still looks positioned better to pick up another 15-30 cm (6-12") of snow on Friday & Friday night. 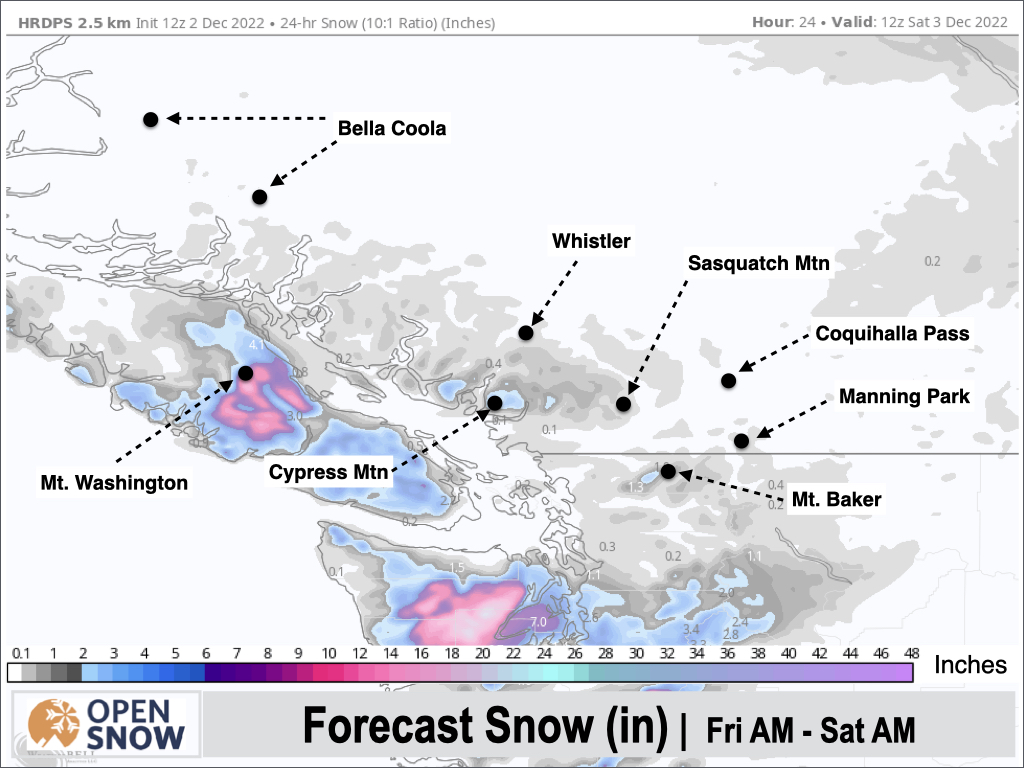 Forecast for Saturday to Monday:

A dry pattern will take hold across all of BC during this timeframe with more abundant sunshine also expected, at least above the valley inversion layers.

Highs on Saturday and Sunday at ski resorts will generally range from -5 to +5ºC across the Coast Range and -5 to -10ºC across the Interior. Temperatures will cool off a few degrees on Monday.

A couple of weak disturbances are projected to move across BC from northwest to southeast on Tuesday (Dec 6) and Wednesday (Dec 7). These disturbances will only bring light snow showers to parts of BC, but it has trended slightly upward in terms of snow potential since my last post.

At this point, I'm expecting light snow showers for the Interior and flurries for the Coast Range. Wednesday's snow shower activity may be somewhat more widespread (relatively speaking) than Tuesday, but still with only light and spotty accumulations.

Most models are honing in on Thursday (Dec 8) for the next real storm to arrive with more widespread and meaningful snow potential. 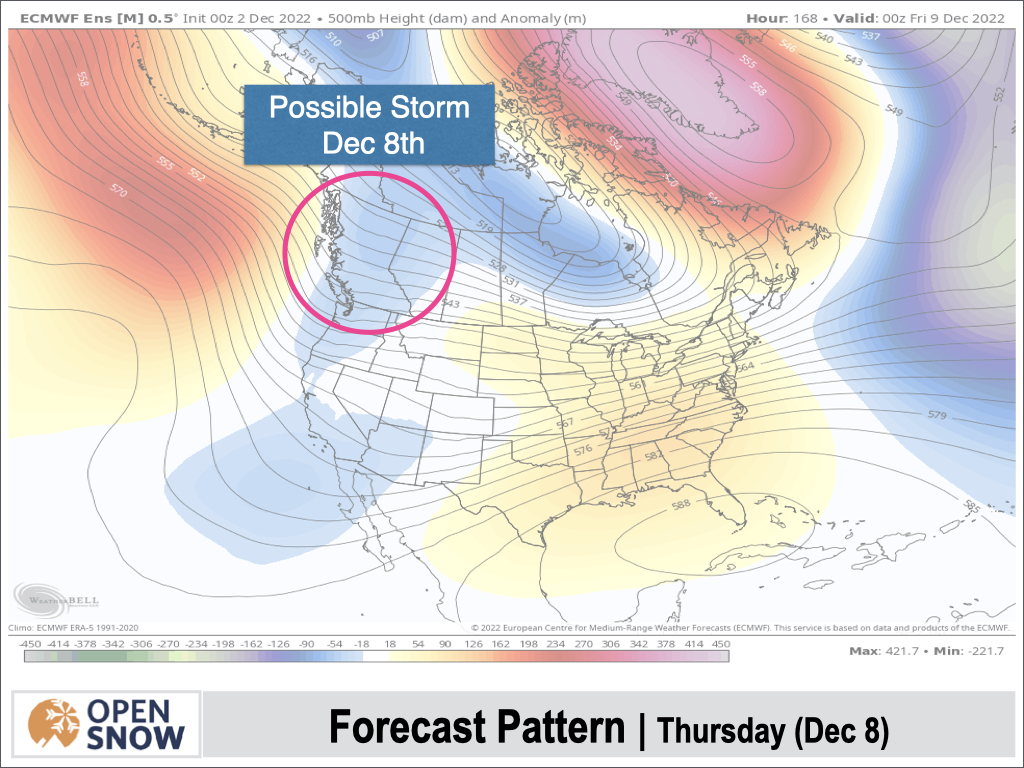 Beyond December 8th, we should see a somewhat more active pattern continue through about mid-December, though I have low confidence in the details. However, models are in reasonably good agreement in keeping temperatures on the cooler side of average through mid-December.

Thanks so much for reading! Next update on Monday (Dec 5).