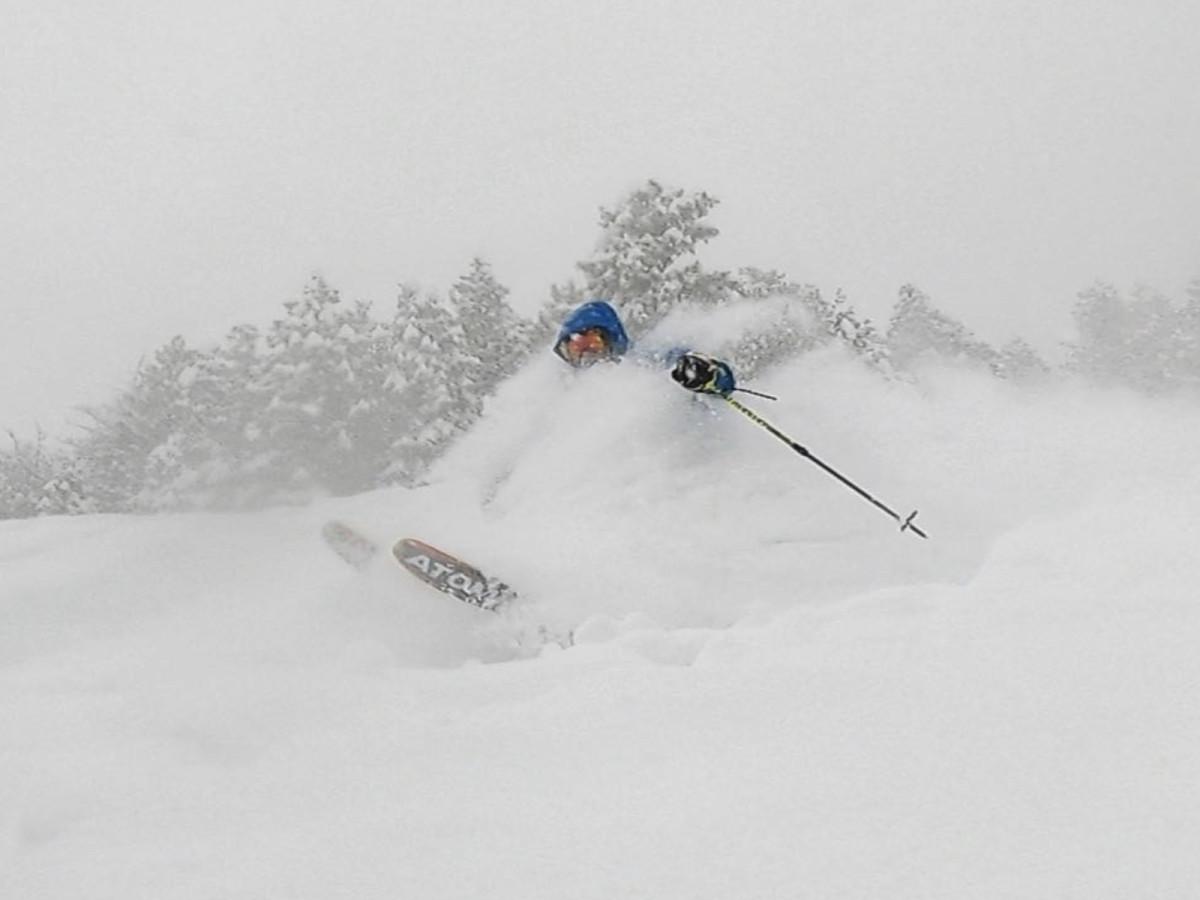 We pulled off the 20/21 season! If you chased powder there were several epic moments to be had that I will highlight in the forecast below. This is a sad moment in waking up to post a final forecast for the season. Significant snow is in the forecast for early next week for the Continental Divide from Wyoming to Colorado.

The previous storm exiting Colorado performed as forecasted with the final wave skimming southern Summit County with another 5 inches for Breck being reported Saturday morning. Snow totals came in as forecasted with up to 14-inch totals reported (Breckenridge). Light to moderate snow is still falling in the southern sections of Colorado and northern New Mexico.

New England was hammered with 20 inches at Mount Snow and up to 15 inches at Loon Mountain (1 lift open). Remember, this is also coming off a 20-inch dump in Utah so it has been a very active close to the week. Reports in Colorado were mixed with some evidence of crust under the new snow, but if you happen to hit a groomer with the new snow on top, or the storm total of 15 inches in some areas it should be primo.  But wait! There is another significant storm headed to the west dropping over Montana, Wyoming, and perhaps nailing the front range of Colorado by Monday afternoon.

This is my last post for the 20-21 season. Keep reading for the annual highlights.

The upcoming storm will bring a very sharp cold front to northern Montana Sunday afternoon dropping decent amounts of good quality snow (4-8) from Whitefish, Missoula, Bridger, and through Wyoming. The Tetons get grazed with higher amounts further east or south over the Wind River Range. Higher amounts might fall near Red Lodge Mountain on Monday morning (Ski area is closed during the week).

NE winds (Upslope) will hammer the Front Range of Colorado Monday mid-morning to early Tuesday with moderate to heavy snowfall. Models are in decent agreement of 6-11 inches for the metro areas around Boulder with perhaps higher amounts for the foothills. Areas on or east of the Continental Divide will be favored with this storm. Some spillover into Summit County and Winter Park will likely land moderate amounts west of the Divide. This will be a cold storm with high-quality powder and road impacts likely from Denver to Fort Collins (You might want to leave your snow tires on).

Below: Snowfall totals through Monday evening for Montana and Wyoming. Favored areas will be Glacier National Park (eastern ranges), Red lodge Wyoming (eastern Divide), with light to moderate amounts over Whitefish, Bridger, Big Sky, and Missoula. The Tetons are just west of the highest moisture tap or orographics. 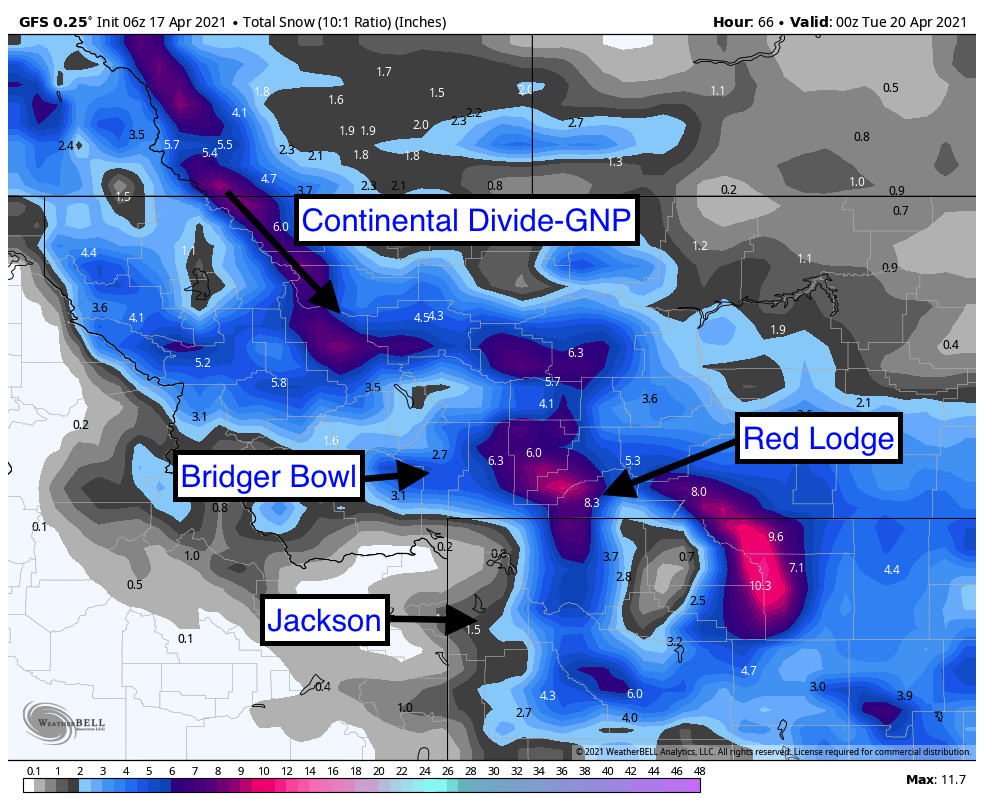 Below: Cold front slams into Colorado by Monday morning with -10C at 10K feet. Warmer temps will be found west of the Divide with light to moderate snow falling. Heavy snow is possible near the Denver Metro north to Fort Collins. 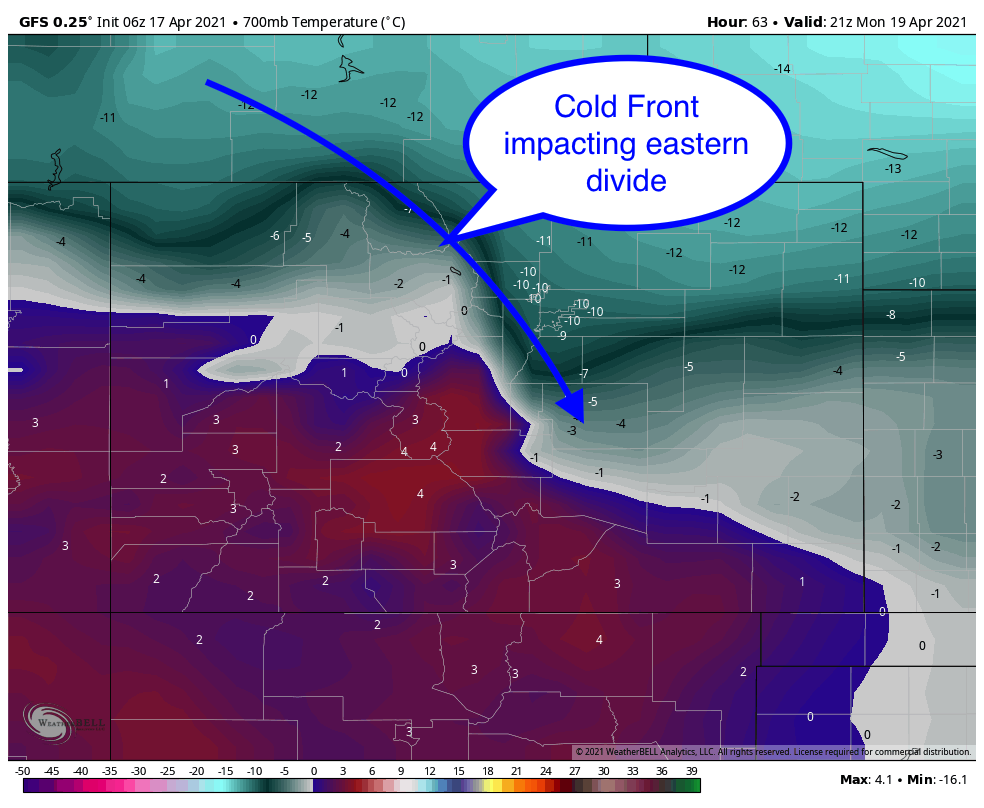 Below: Total snowfall possible through late Monday night. Metro areas around Boulder or Weld County could do very well with this storm. Summit County will see some snowfall including Loveland Pass, and Winter Park however amounts might stay in the moderate range due to warmer temps, and NE wind directions favoring the Eastern Divide. 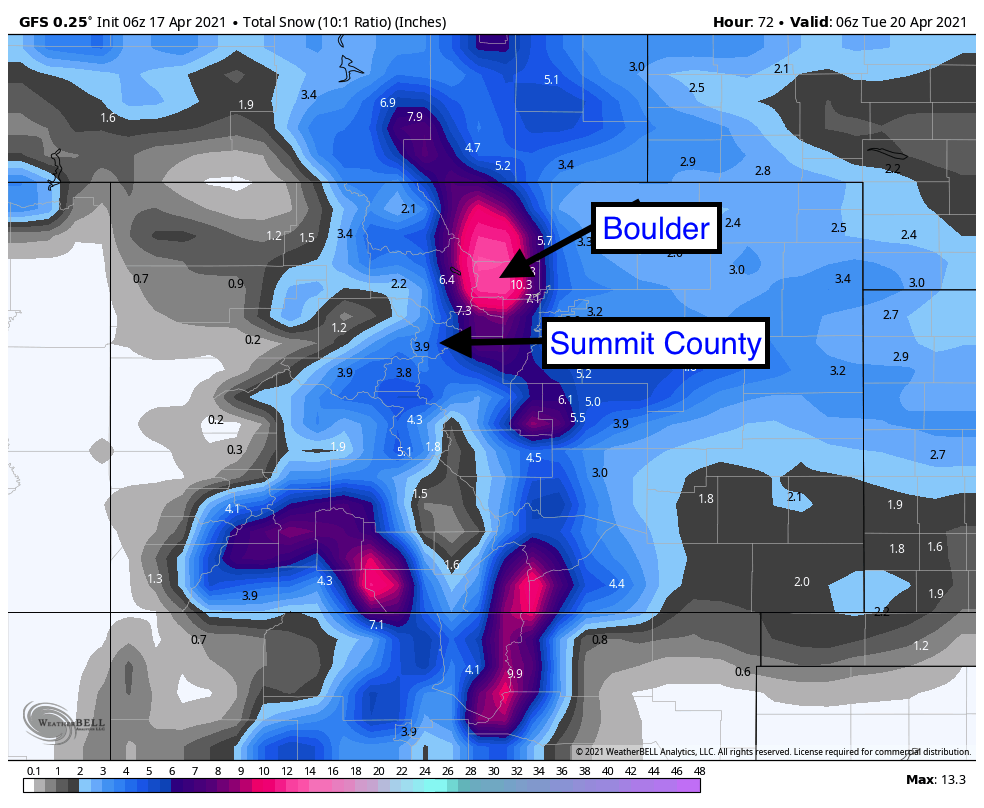 Please see below for my recap on the 20-21 season, highlights, and my farewell to all of you hungry powder hounds.

The 20-21 season brought the signature of La Nina which certainly played out for the Pacific Northwest and Canada as forecasted (Well above average precipitation). The season started out very cold in November, warmed somewhat in December, and finished with below normal temps in April (Powder was still falling). The below map of total water if you melted the snow shows the % of normal for much of the west. La Nina played out nicely (Cooler for the PNW and wetter).

Below: Snow water equivalent for the west showing up to 174% of normal for the central Cascades, near normal for the Tetons (JHMR logged 502 inches this season which is above normal), and just below normal for the Wasatch Range (The Cottonwoods are really close with 442 inches YTD for the Bird). Colorado has fared lower than normal, however, amounts closest to Denver (Front Range) are above normal (March Storm landed 2-4 feet for the metro areas). California is below normal (Not shown here). 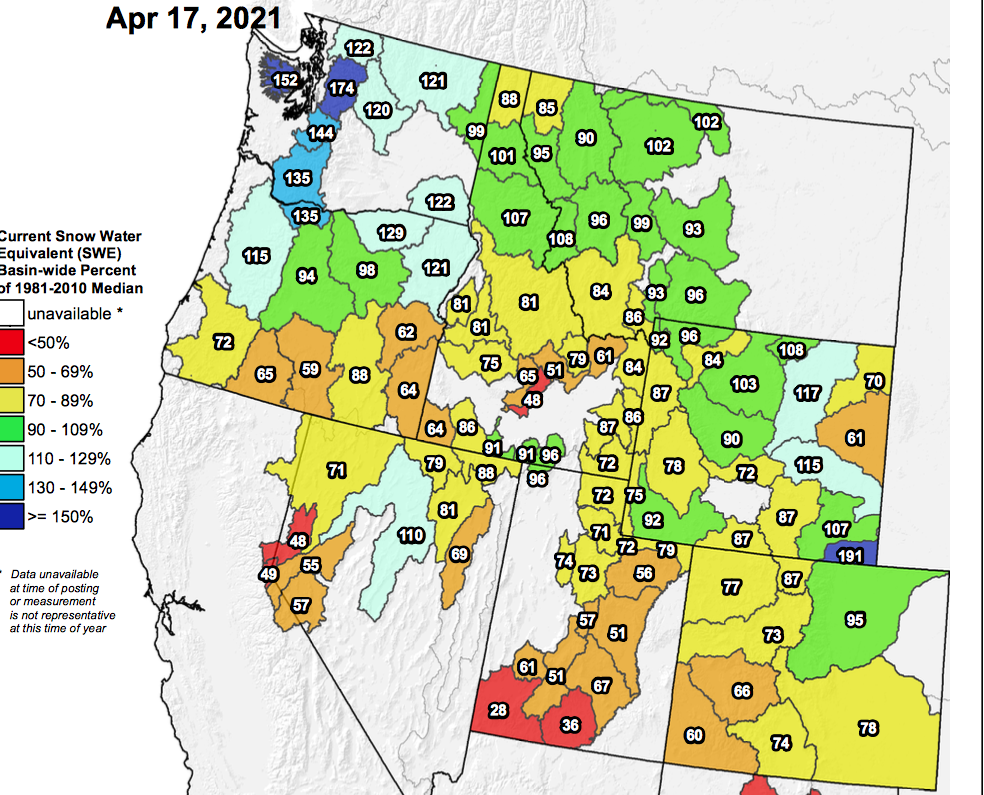 There were 3-4 storms that really stood out to me that I chased!  The first was in Sun Valley when 50 inches fell in 3 days where conditions were deep as heck! Might be the deepest run of the season? 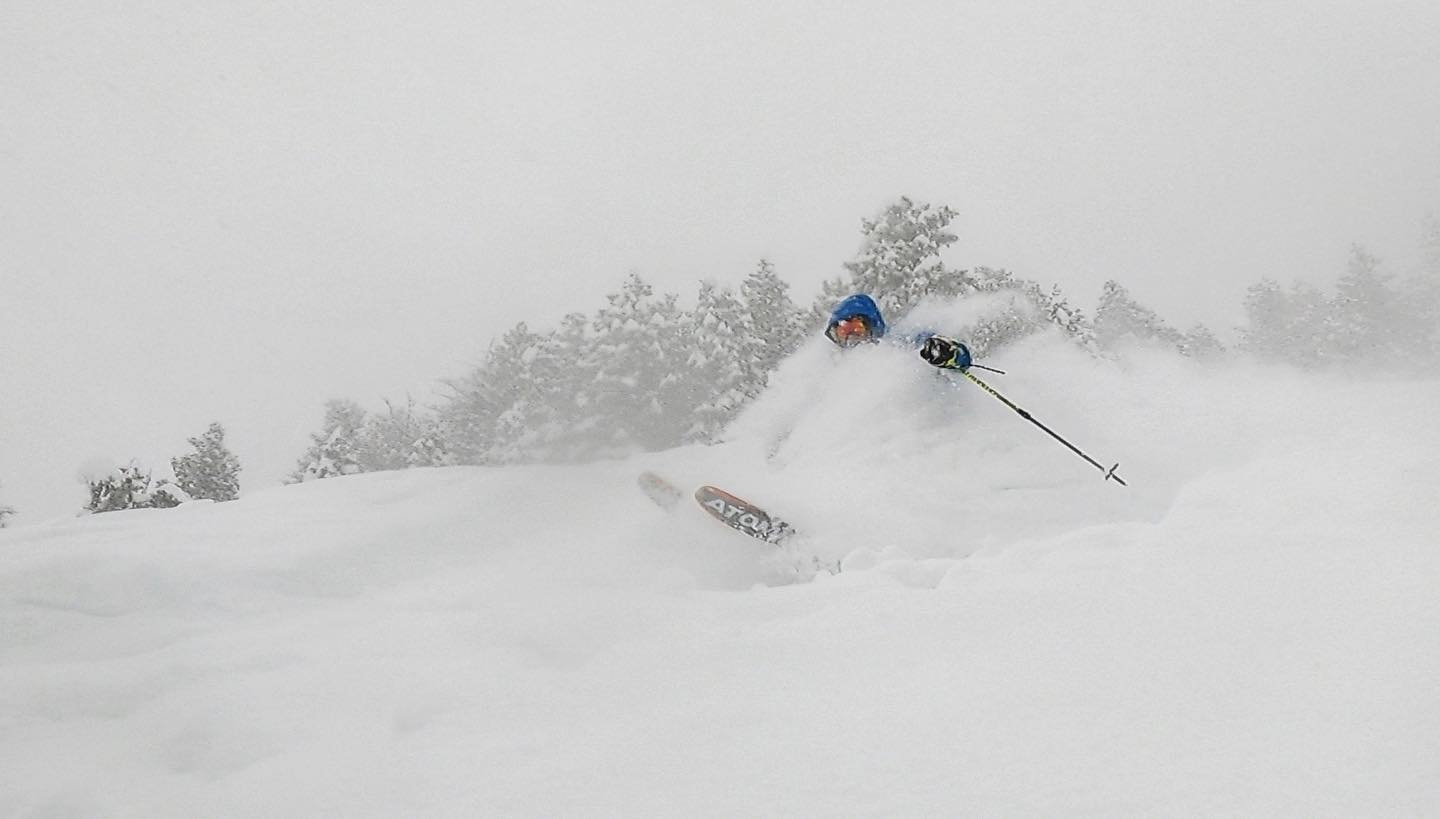 Another epic storm to remember was the 34-inch day at Jackson Hole when the morning report was at 9-10 and by afternoon 34!  One of my best days at JHMR in many years. @powderchasersteve via Instagram 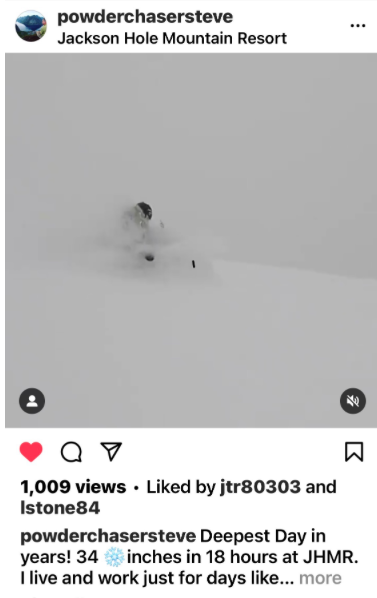 And the grand finale was being stuck at Snowbird for 3 days of Interlodge when up to 100 inches of snow fell, the mountain opened and the roads remained closed.

Below: 1st tram after 100 inches fell at Snowbird in 3 days. Photo: @powderchasersteve via Instagram 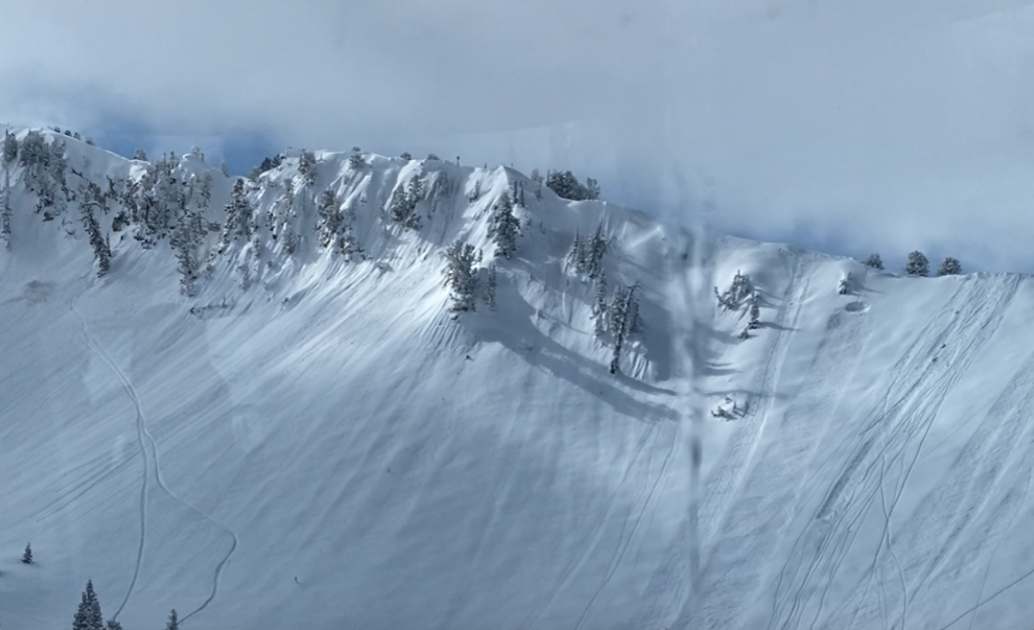 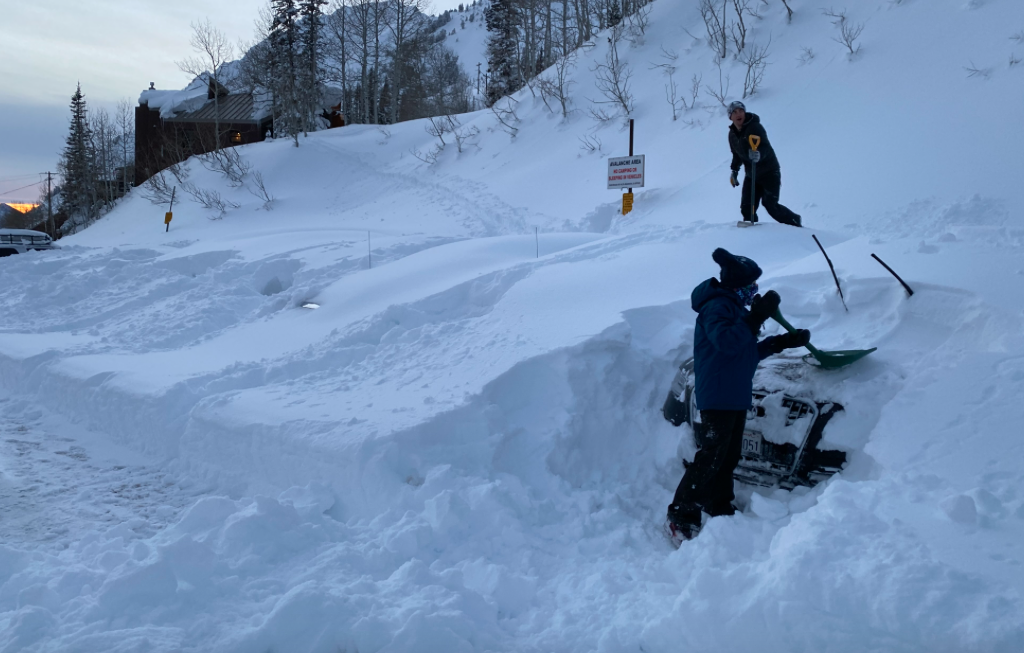 So I sign off this season with a special thanks to all that have followed the Chase Forecast this season, hopefully, scored powder or lived vicariously.

See you next season! Enjoy the powder everyone! Thanks for following.