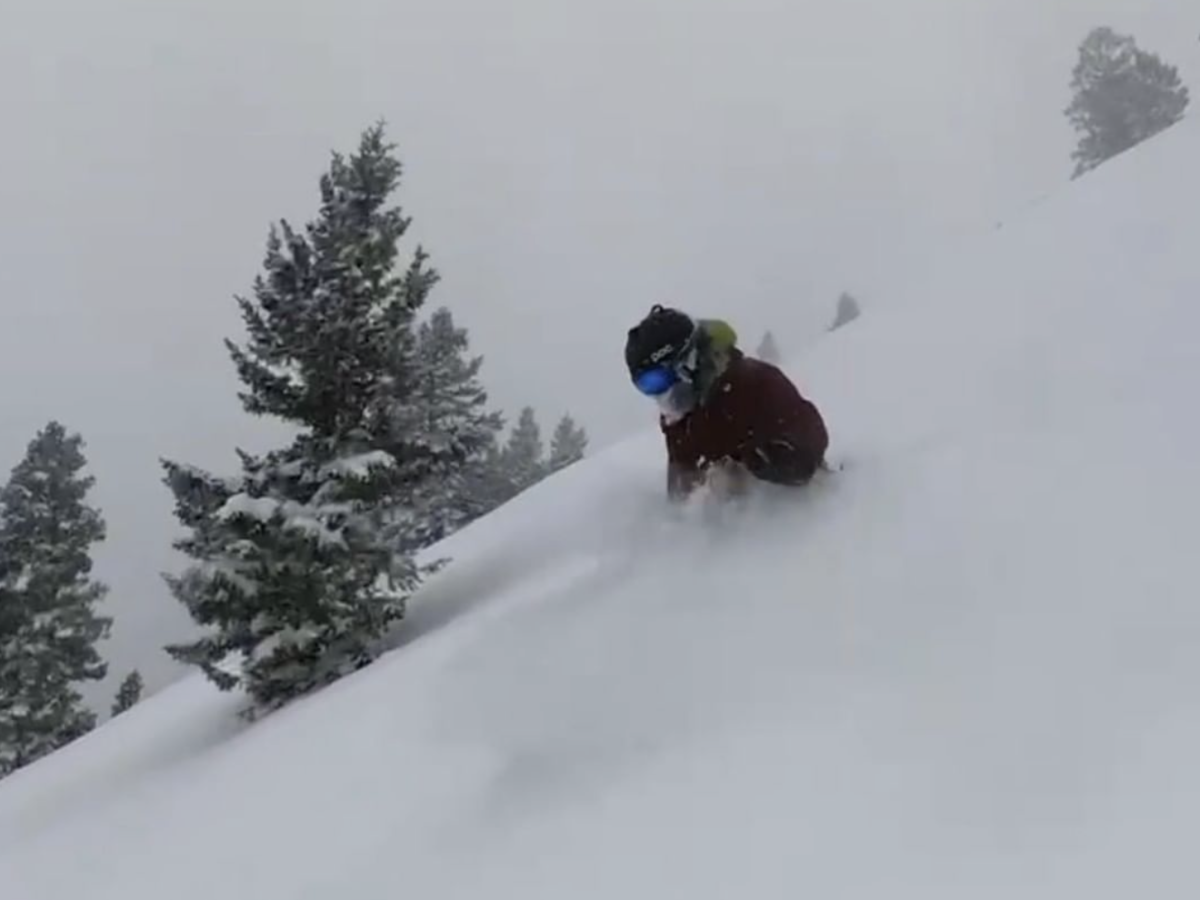 It's always sad to sign off for the season. This season was full of upside and downside swings, large events followed by drought periods. Chasing Powder was essential to staying in the deep and that even included a last-minute trip to Austria. There is some snow in the forecast!

We made it through another season that ended with a full-on powder day for the Wasatch Saturday, and currently, Colorado is scoring pow as forecasted (8 overnight at Breckenridge, A-Basin) and even a few more inches for Alta. The season is not over but this is my last post for 21/22.

Currently, the Snow water equivalent (SWE), is near or above normal for Washington, northern Idaho, and Montana, well above normal for Oregon (They scored 4 feet in mid-April), and near 80% for the Wasatch in Utah thanks to a recent storm that primarily impacted the Cottonwoods. Southern Tahoe is at 62% off normal with many areas of the southern Rockies well below normal (Taos is near 80%). The River Basins in southern Utah are well below normal. Colorado grabbed several moderate storms this season with a bit more consistency that has them near normal. The deepest snow this season was in Alaska. Alyeska nabbed a whomping 813 inches YTD! Mount Baker is at 647 inches. The Tetons and southern Montana had a very inconsistent season with SWE in the 80% range with a bit more east and north. When you consider we were in a La Nina season many of these numbers make sense with near or above-average snow for the northern Rockies and PNW and less snow to the south. Colorado and to some extent northern Utah are not favored in either regime so it is not surprising to see them closer to normal, however southern Montana, the Tetons, and even the Wasatch had below-normal seasons (Lower than expected). New Mexico offered some very deep surprise dumps that really helped them, especially in late March. This was a season where many regions were saved by just 1 or 2 deep storms, especially the Sierra in December, and to some extent New Mexico's late in the winter. 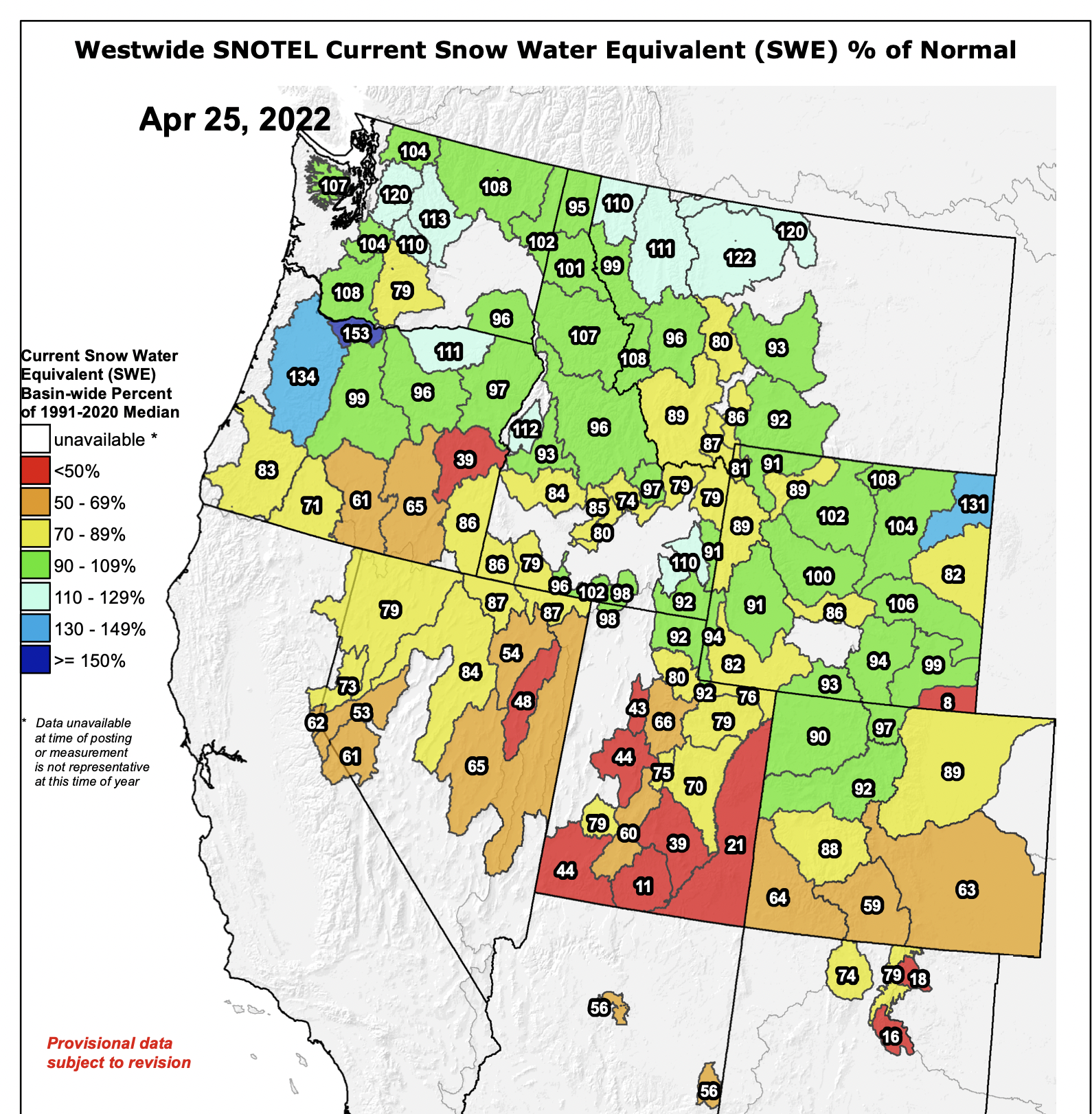 In looking out for the next 7 days generally, cooler conditions will exist in the northern Rockies, PNW with several light or moderate events focussed on BC, Alberta initially before dropping south over the northern Rockies by April 28-29th. This might deliver even cooler conditions to the region with a good chance of some snow for MT, ID, WY, and perhaps Colorado towards the end of the month.

Below: Total 7-day snowfall ending May 1st brings periodic snow to BC, Alberta early to mid-week followed by weak systems teasing the northern Rockies by April 28th and a cool down. 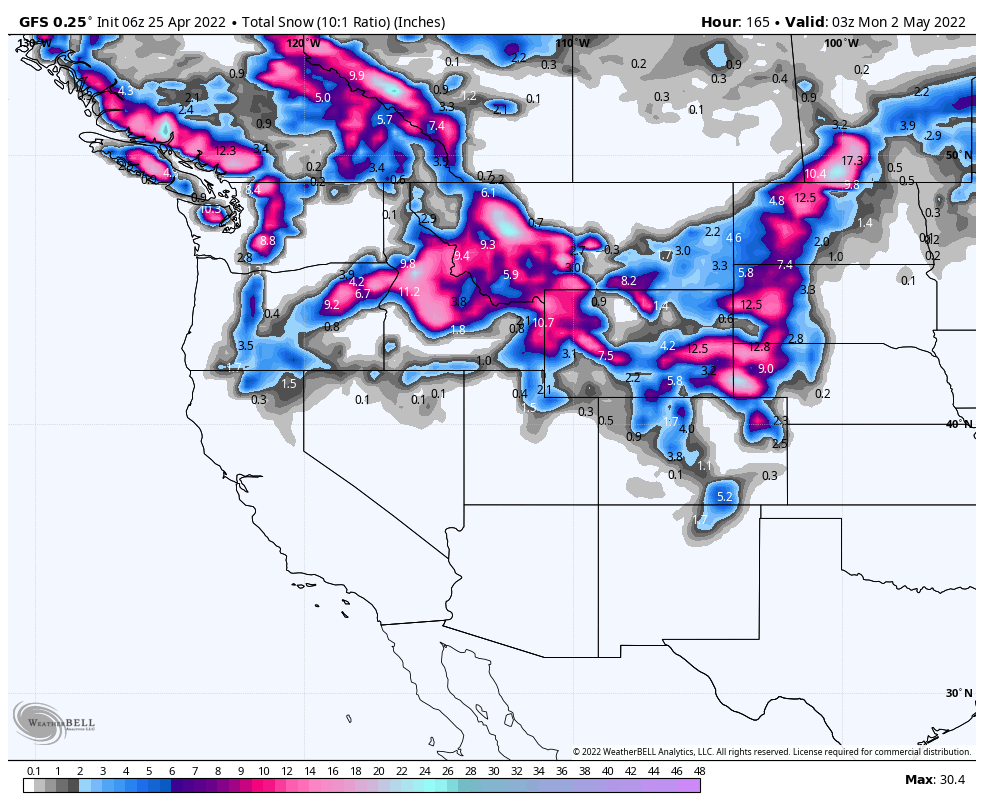 My final post highlights and biggest letdowns. We can never win every powder chase! Most of the deepest storms this season came in December or early January with a complete shut down of the hydrants in the Sierra for mid-season. The firehose turned on in April as many ski areas were shutting down. One of the top days of the season for me was April 23rd at Snowbird (28 inches). 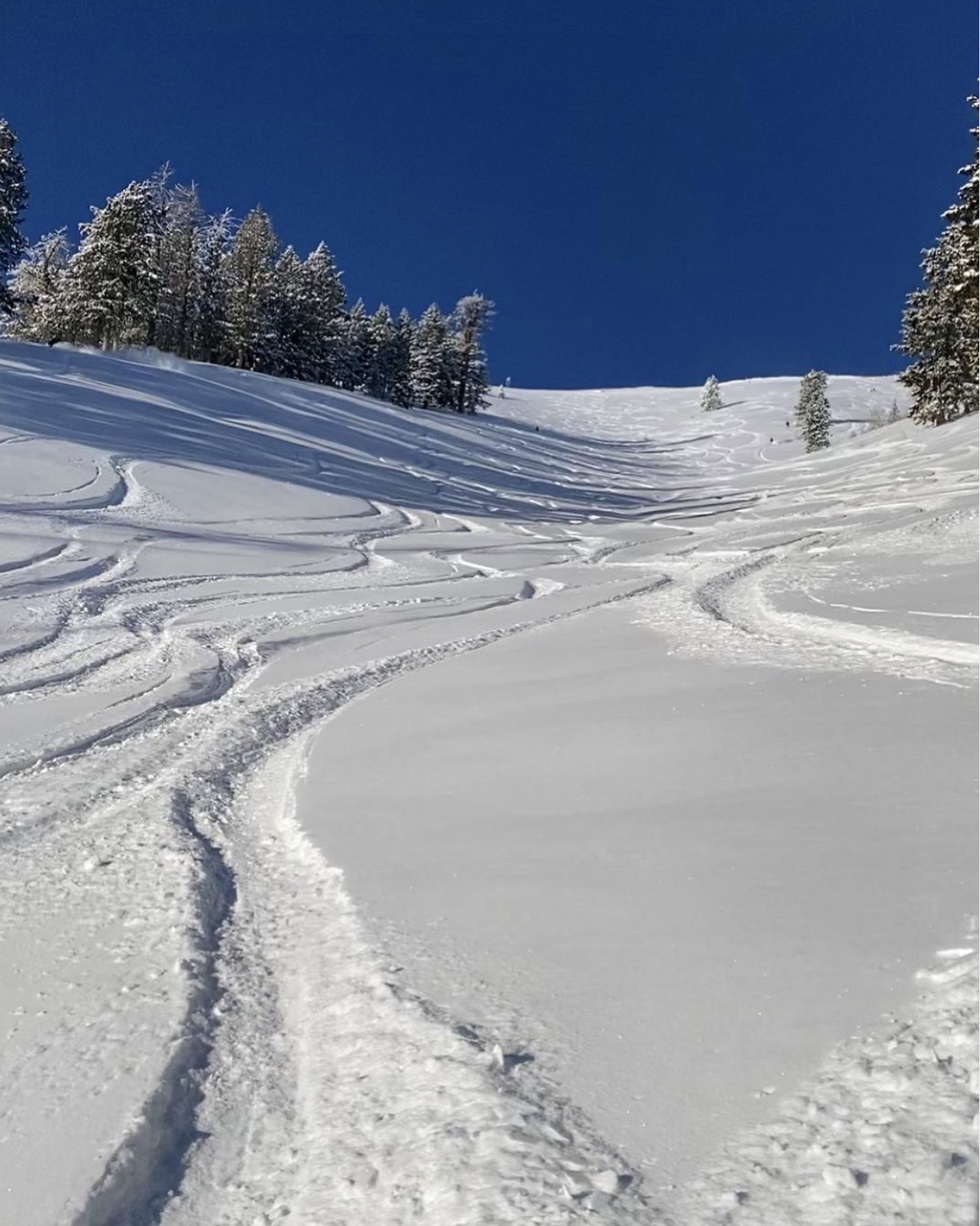 Below: 57 inches in 3 days grabbing 2nd chair at Palisades at Tahoe (Ski area was closed until this point of redemption) This was the record-breaking late December storm that essentially saved the Sierra this season. The Sierra essentially grabbed no big storms midwinter and 50-60 inches for April (No consistency). I hit both storm cycles.  Photo: @powderchasersteve 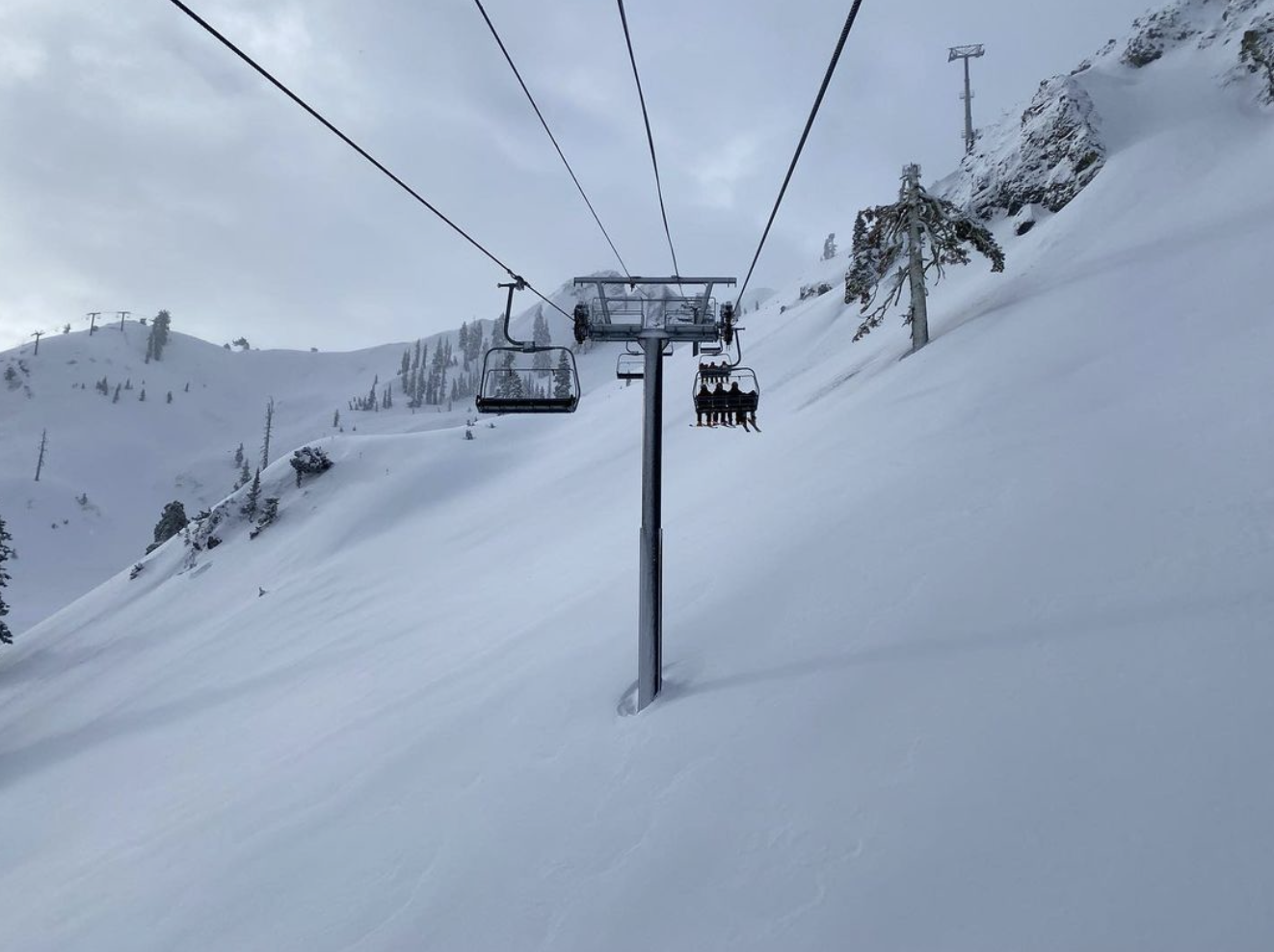 Below: the Deepest day of blower for the season at Jackson Hole January 16th with 23 inches by 2 PM (Overnight and day snow). There were no additional cold deep storms this season that matched this one. Rider: @powderchasersteve Photo: @lstone84 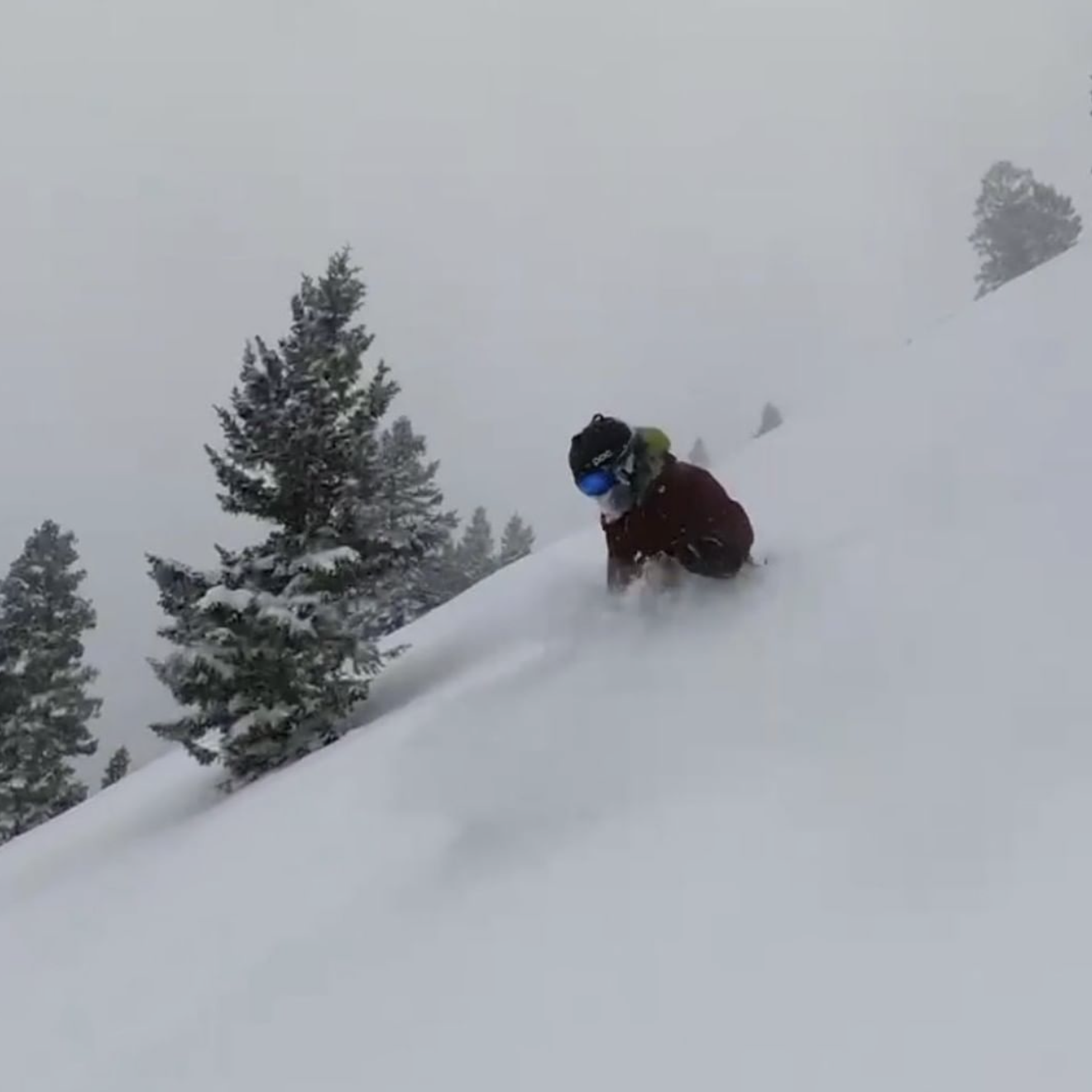 Below: February 1st- First chase to Europe with 4-5 feet in 7 days. Photo: ZauchenSee Ski Resort gettting deeper!  All-time epic conditions with the locals all seeking out groomers while we ripped the trees. Photo: @powderchasersteve in a full happy mode in Europe (Snow, Food, Culture, Beautiful Alps). 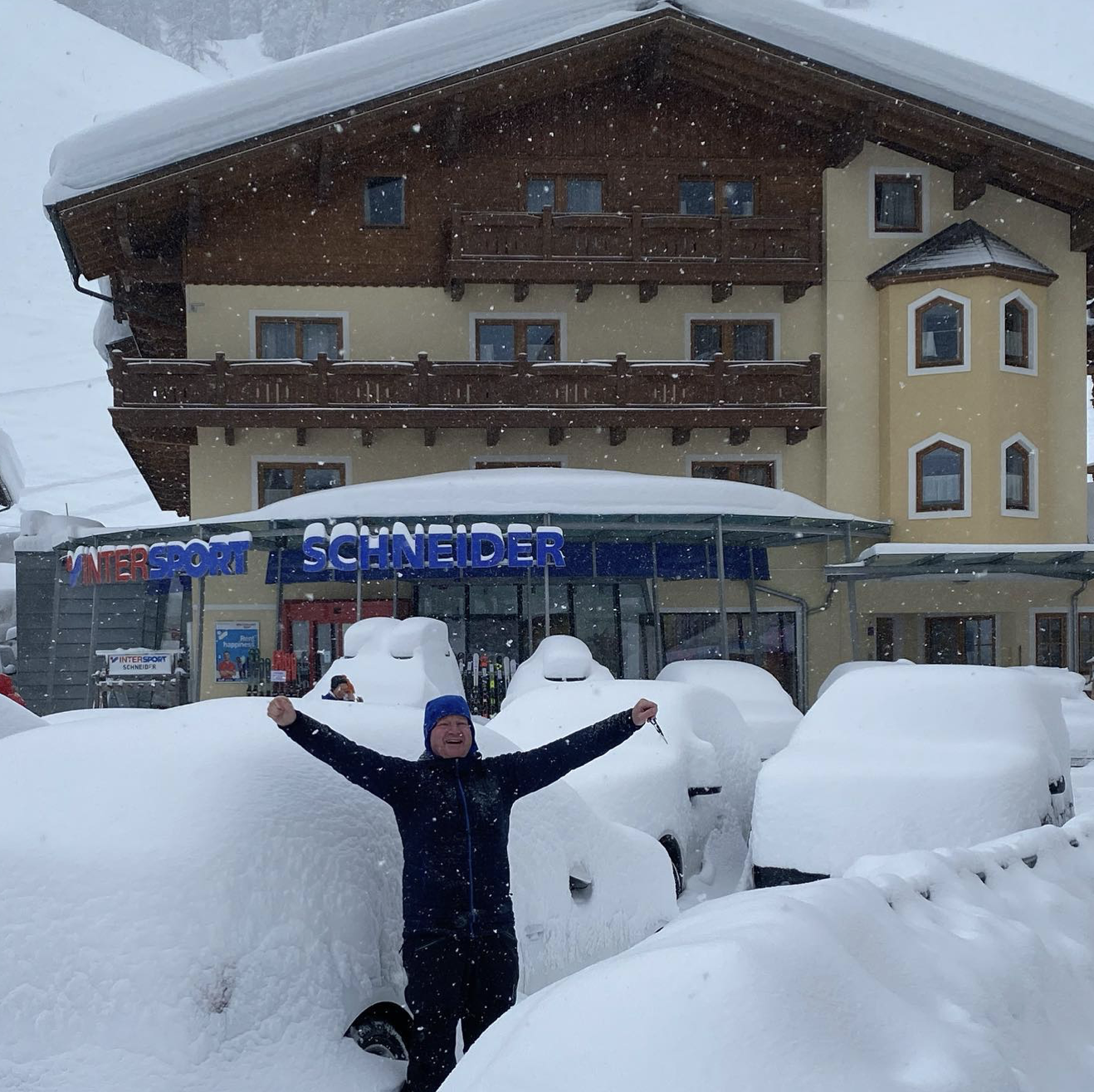 Below: Kirkwood delivered 20 inches on April 22nd (One of the better days of the season for them). 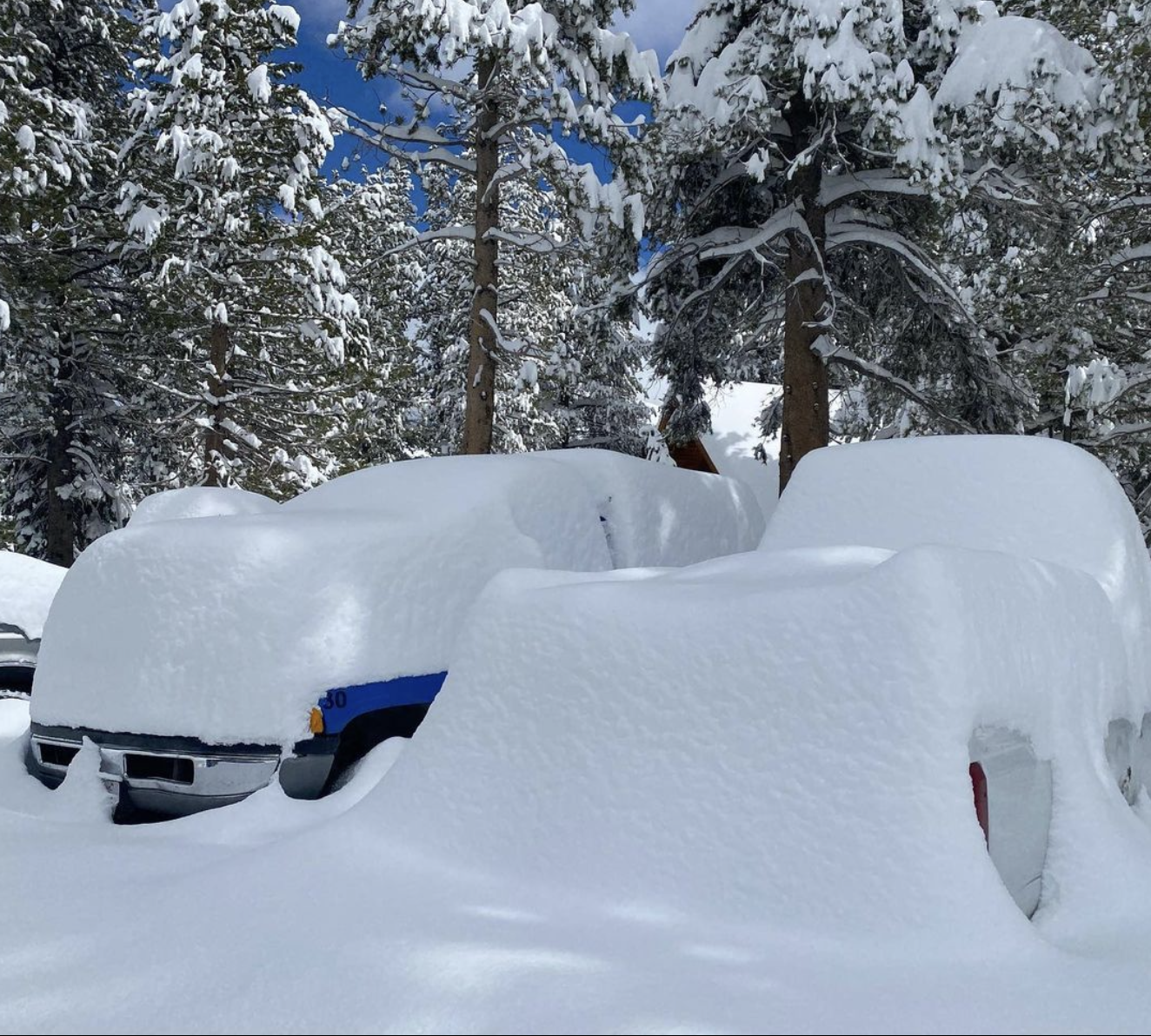 Finally, one of the top days of the season at Snowbird on April 23rd with 28 inches of high-quality powder. Rider: @lstone84 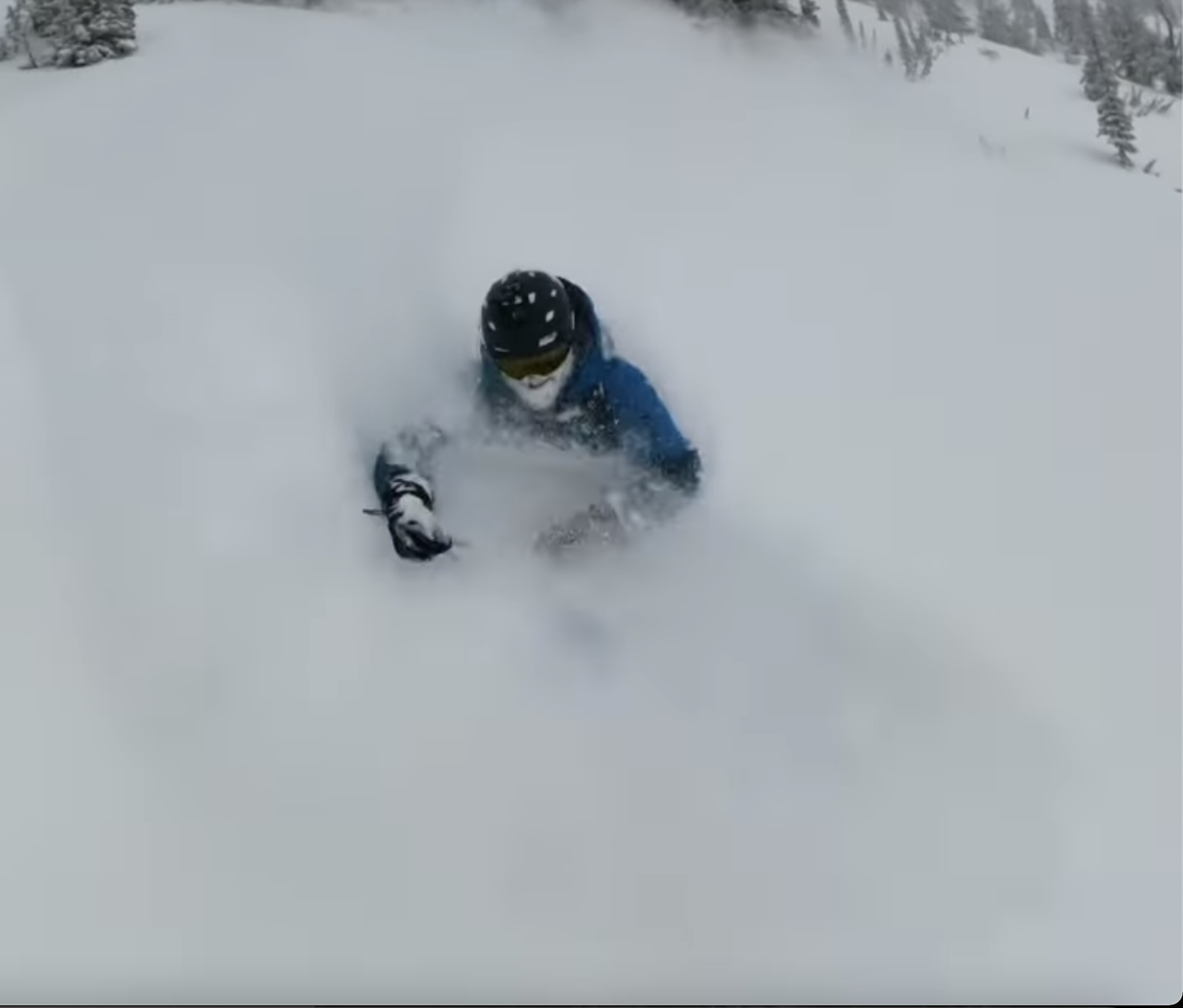 All powder chases come with letdowns, missed opportunities, and the frustration of missing out. Here is my top letdown...Whistler scoring 2 feet of fresh in early April lined up for 1st Gondola with a snowcat allegedly stuck under the lift clearing snow at the summit. The mountain got tracked out prior to them running the gondola with all other base lifts operating to the same point. The resort never confirmed why the Gondola was delayed.

Thanks for following the Chase Forecast this season!

Hopefully, I will see you next season. Stay safe and enjoy the spring and summer.

Follow my summer and winter adventure travel at @powderchasersteve on Instagram. You can message me if you have any comments or feedback on the photos.

Signing out for the season!