Monday was a super fun day to be on the hill with fluffy pow across many northern mountains and soft snow across the state. Tuesday will be a dry day with the exception of light snow over the far southern mountains. On Wednesday and Thursday, light snow will return to the northern mountains. Looking further ahead, we may see snow on Saturday morning, from Sunday through Tuesday, and again around next Friday (February 21). Of these three systems, the Sunday-to-Tuesday storm has the best chance of delivering moderate powder.

While one-and-done storms can be fun, with a quick shot of snow during one night or one day, the best powder is usually delivered by storms that last for multiple days, or multiple storms that move through every 12-24 hours. It’s the consistency of the snowfall that creates a super soft base, and this allows the fluff on top to ski well.

Monday morning was one of these wonderful days thanks to the consistent snow during the previous four days plus additional fluff on top from Sunday night’s storm.

In the mountains along I-70, where the latest storm brought the most snow, a friend told me that he skied fresh lines at Arapahoe Basin’s Montezuma Bowl through midday, this video shows that there were faceshots at Loveland, and this picture perfectly captures the super fluffy snow at Winter Park. 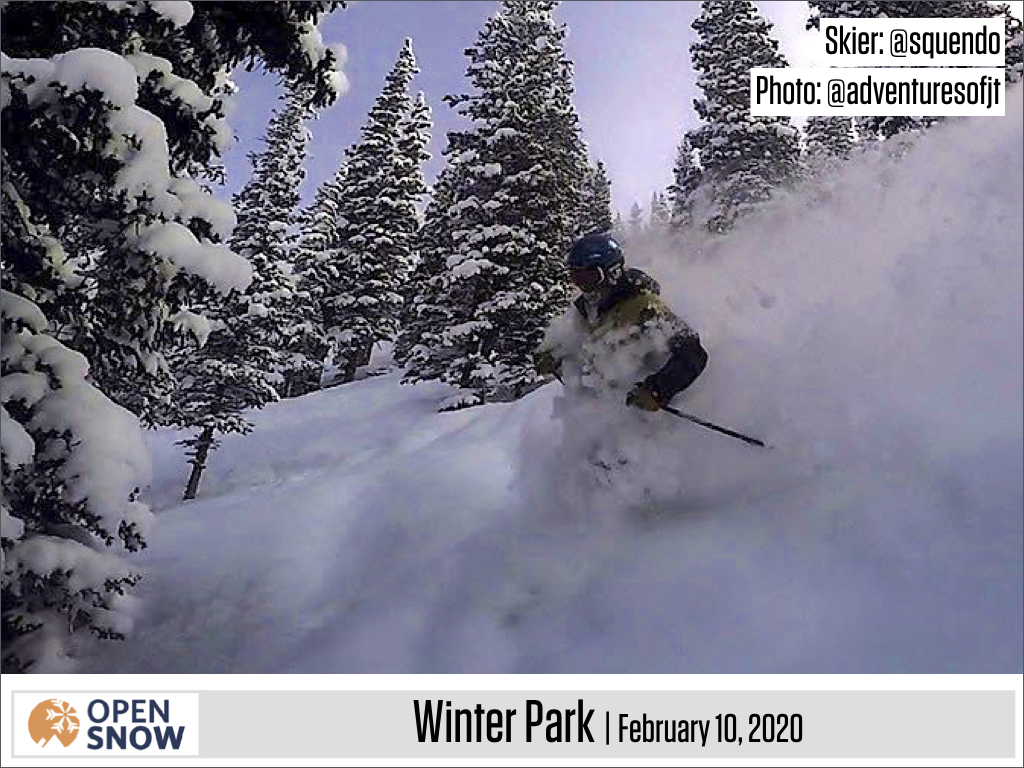 Down the road at Vail on Monday, Blue Sky Basin opened after being closed for three days. While waiting for the terrain to open in the morning, I chatted with Powderchaser Steve (you can most often find him at the front of a line waiting for fresh powder anywhere in the western US), and then I enjoyed a few high-quality runs with a spongy/soft base (thanks to ~30 inches of dense storm snow from Thursday and Friday) and about a foot of fluff on top (thanks to the 10+ inches of fluffy snow from Saturday night to Monday morning). Here’s a picture from another skier that was at Blue Sky Basin. 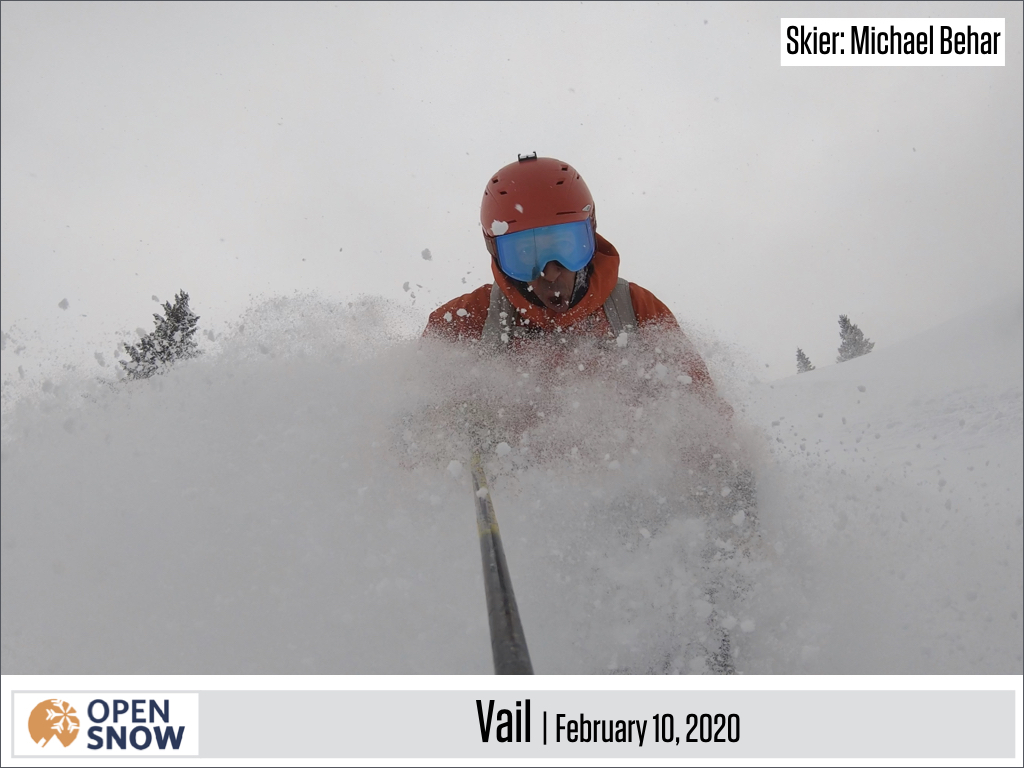 Switching from Monday’s skiing to Monday’s weather, we saw snow showers during the day and on Monday night, with 2-5 inches of accumulation across the northern, central, and some southern mountains. Some of this snow came from narrow bands, like this one which delivered flakes to Snowmass and Beaver Creek while nearby were dry. 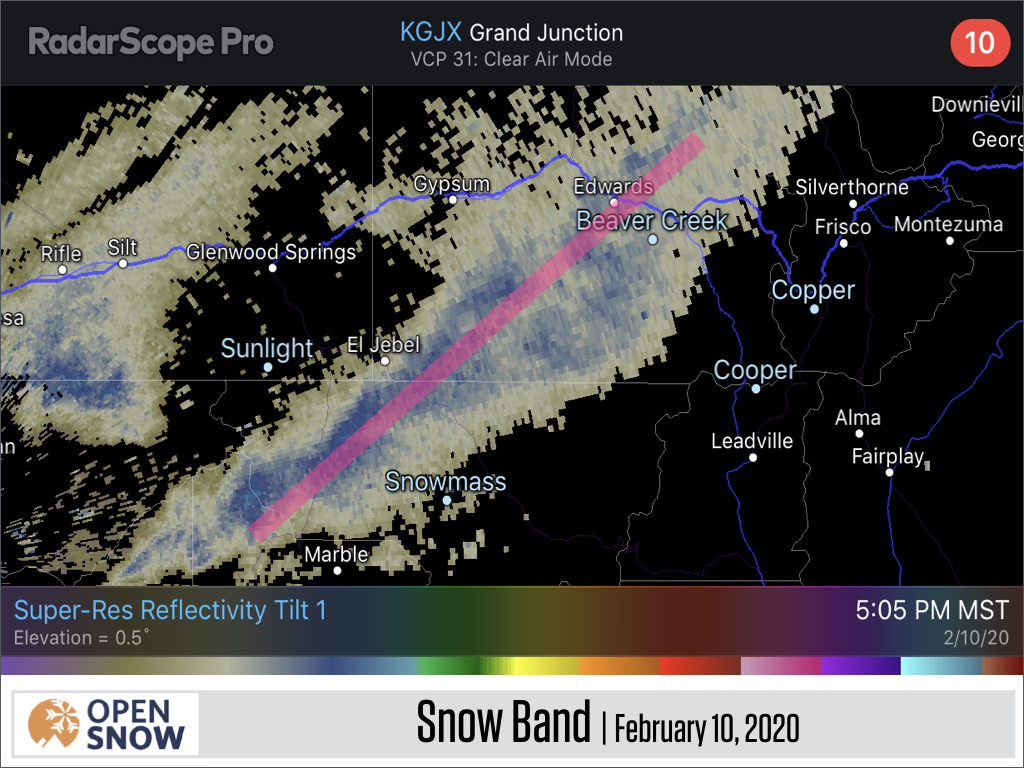 While the forecast models often do a good job showing that narrow bands of snow will form, they do not do a good job knowing exactly where the bands will form, and that’s what leads to a few surprises.

Now on Tuesday morning, skies have cleared for most of the northern and central mountains with chilly morning temperatures between -10°F and +10°F. The rest of Tuesday should bring dry weather to most mountains and just light snow to the far southern mountains as the southern storm will stay over New Mexico and not make its way north into Colorado. 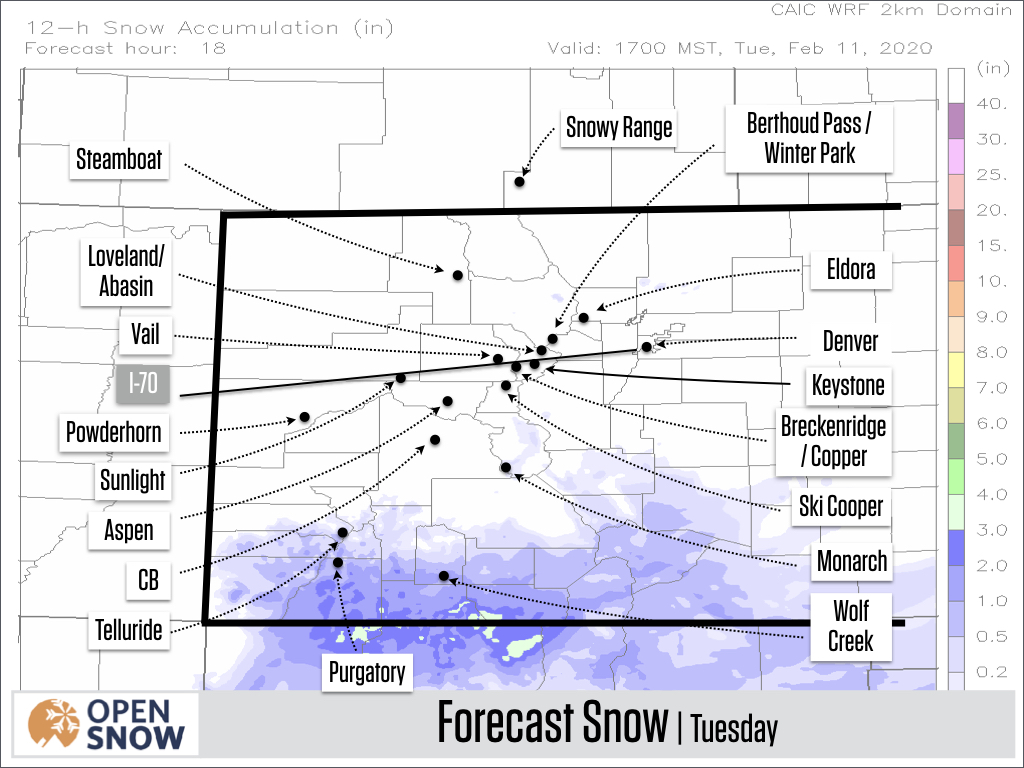 Wednesday through Thursday should bring light snow to the northern mountains. We will have some storm energy (vorticity) moving overhead, and the jet stream in the vicinity, but the limiting factor will be moisture.

The limited moisture is why most forecast models only show a few inches of accumulation. The jet stream could create a narrow band of intense snow somewhere on Wednesday afternoon or Wednesday night, so some area in the northern mountains could get 3-6 inches instead of just 1-4 inches, though due to limited moisture I am keeping my expectations low. I do NOT expect a repeat of Saturday night through Monday when a similar set up WITH abundant moisture led to 10-20 inches of snow for the northern mountains.

Friday should be dry.

The forecast for the next 10 days is becoming more clear.

We should see a storm from Friday night through Saturday morning though this system is trending weaker and farther north so accumulations could be light and we might only see light snow over the northern mountains. If we’re lucky, there could be a few inches of freshies on Saturday morning.

The next storm could bring snow between Sunday and Tuesday. This system looks stronger and has a decent chance of bringing moderate snow totals to many mountains, but uncertainty remains high as you can see in the mess of lines in the forecast below. 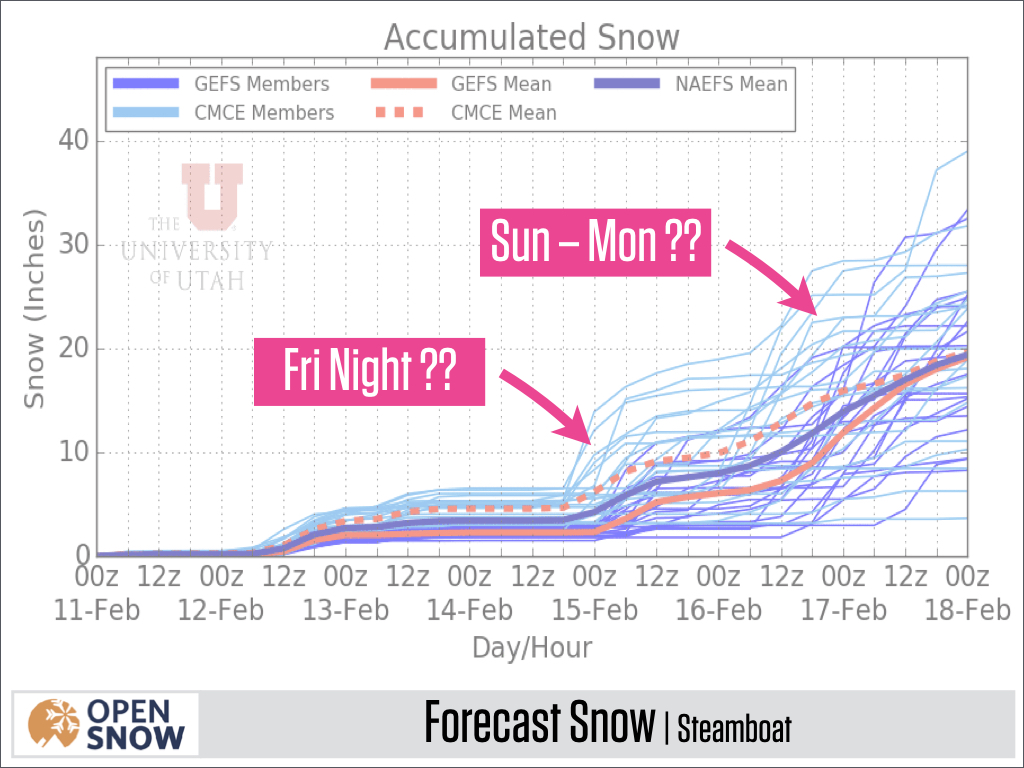 Looking out to about 10 days, many models hint that there could be another system around Friday, February 21st. It’s too far out to have any confidence in the details, and at this point, all models keep this storm on the weaker end of the spectrum anyway, so my expectations are low.

If you’re searching for powder, keep your eye on the Sunday/Monday/Tuesday system as that has the best potential at this point.