High chances for multiple days of snow next week 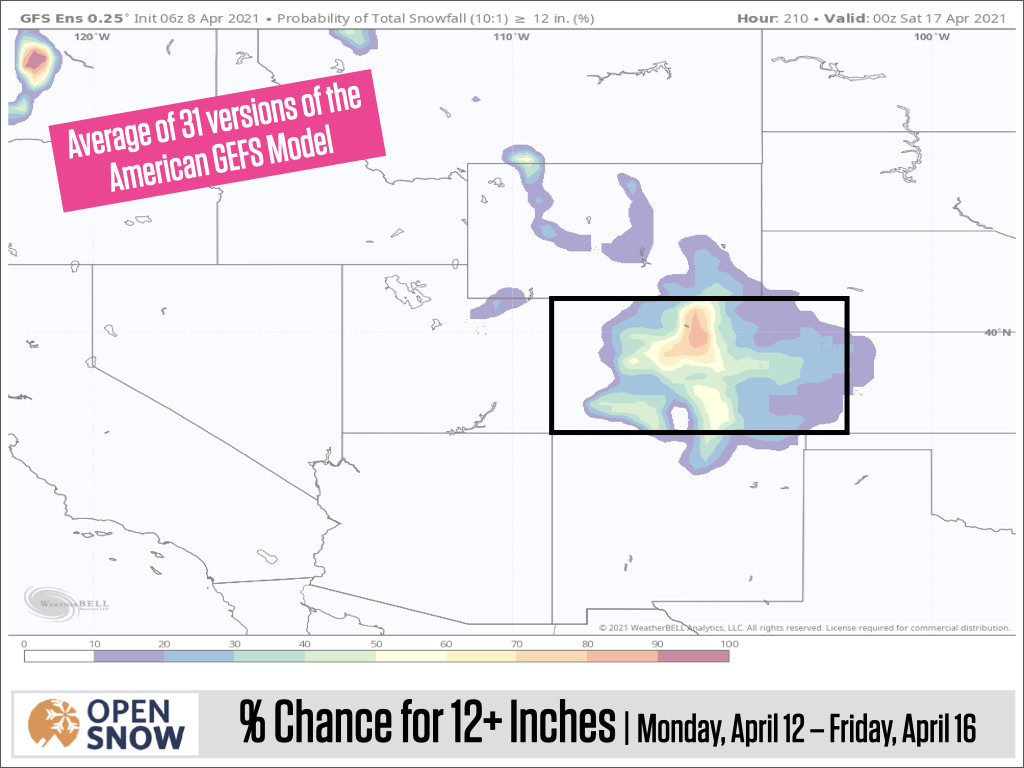 We'll see temperature swings during the next few days with warmer readings on Thursday, Saturday, and Sunday and cooler readings with a few snowflakes on Friday. Then the big story will be 5-7 days of cooler temperatures and chances for snow starting around Monday, April 12, and continuing through the following weekend.

The rest of this week and through the weekend will offer not-very-exciting weather.

Thursday will be warmer than Wednesday with high temperatures in the 40s.

Friday will be cooler for the northern half of the state with high temperatures in the 30s. There could also be light snow showers in the morning and midday over the northern mountains as a weak storm moves by to the north.

Saturday and Sunday will be dry and warmer with high temperatures in the 40s.

The recent week of warm temperatures has started our snowpack melt out about two weeks earlier than average, and the next few days will also not be kind to our snowpack, though we won't see the rate of melt that we saw last week. The graphic below shows this season's statewide snowpack (dark blue) as it stayed mostly below average (red) and then declined sharply during the past week. 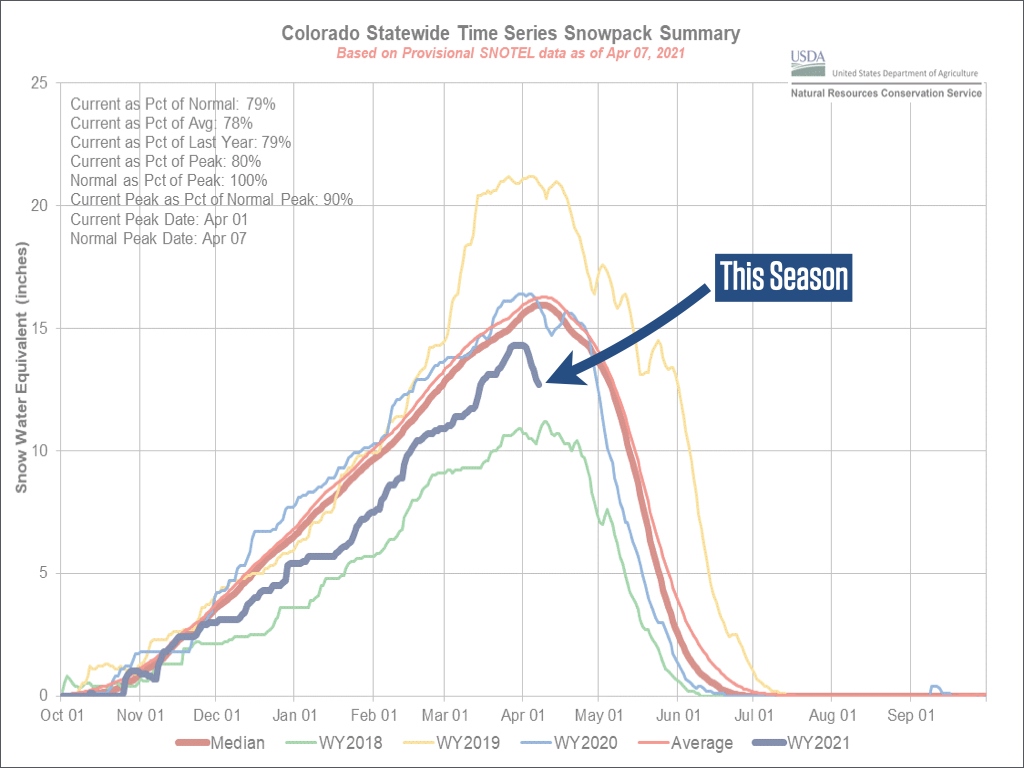 While our statewide snowpack is now in decline, a quick look at mountains cams and SNOTEL sensors across the state shows plenty of snow cover left, so don't take this brief snowpack discussion to mean that there is no snow left to ski and ride:-)

It is now safe to say that next week is going to be stormy (and chilly in some areas) with chances for snow nearly every day. Also, the cooler and snowy weather might extend into the following weekend (April 17-18) and maybe even into early the following week. This cooler weather pattern for 7-10 days should put a pause on the snowpack melt out and we might even be able to increase snow depth across the state.

The temperature versus average forecast for next week clearly shows areas near and east of the divide cooling to 15 degrees or more below average. For the rest of the state, temperatures will be close to average. 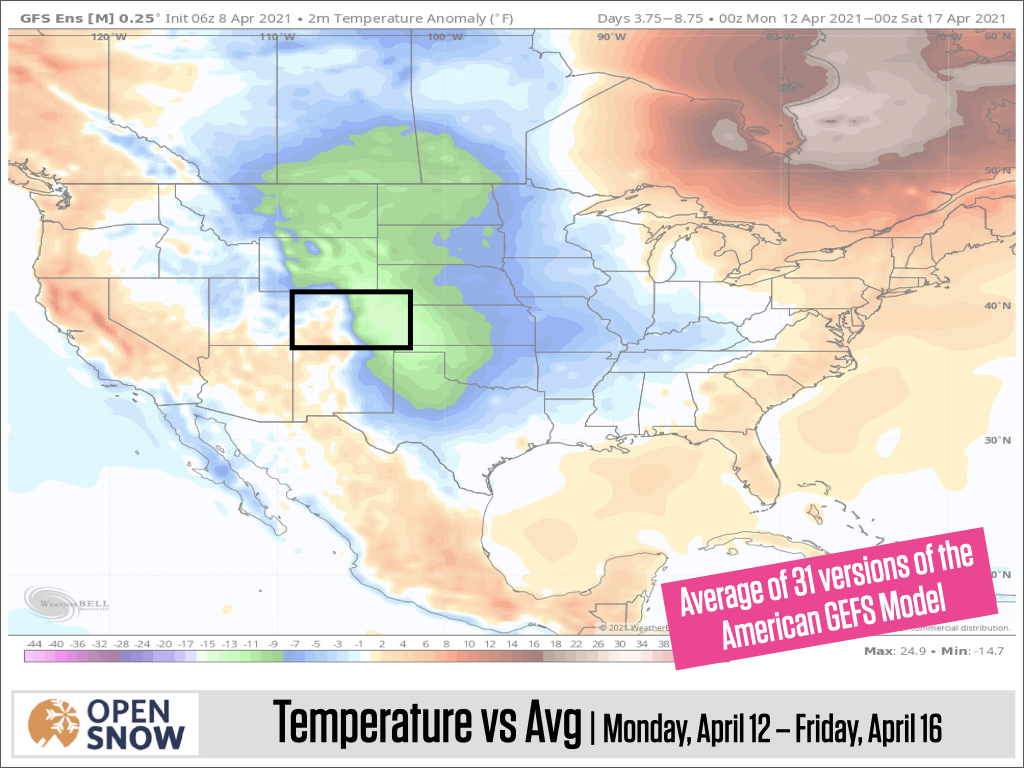 The temperature forecast above sets the stage for the snow forecast below, which shows a very high chance for a foot or more of snow along and just east of the divide. 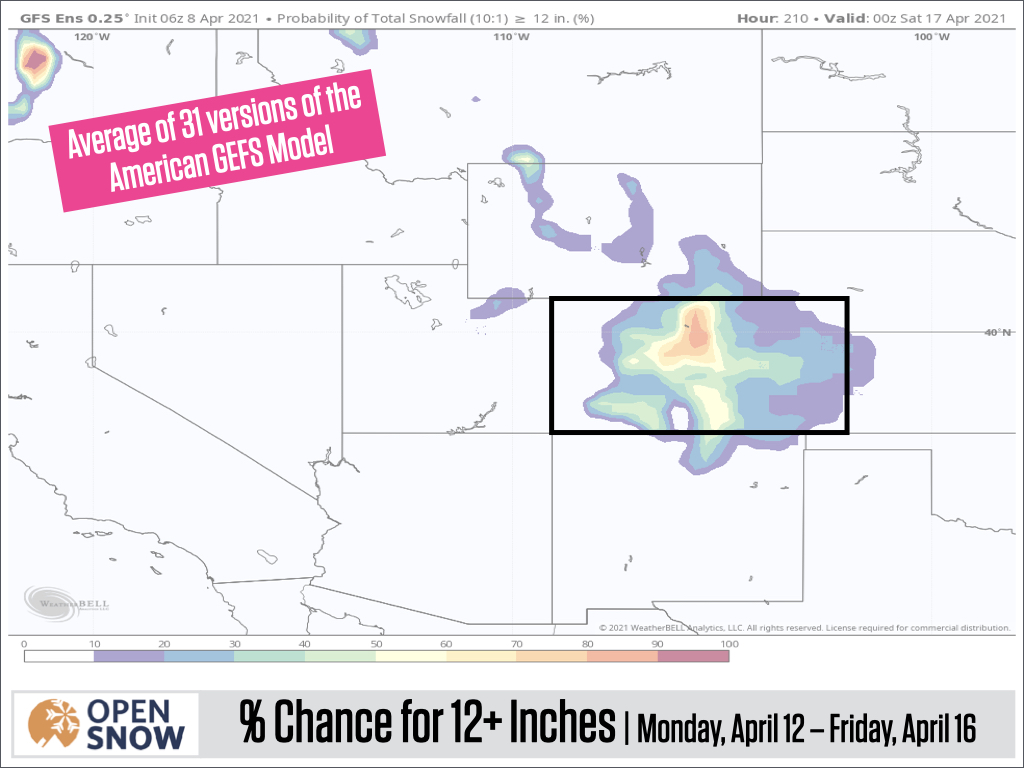 The way that I am looking at next week and through the following weekend (April 12-18) is that we'll see chances for rain and snow every day, temperatures will be marginal for snow at most locations with snow levels maybe above 9,000 feet, and the combination of the most precipitation and even colder air should be along and east of the divide and near and north of I-70 which would favor areas like Cameron Pass, Rocky Mountain National Park, Berthoud Pass, Winter Park, Eldora, Loveland, and Arapahoe Basin.

It's still a little too early to figure out which mountains might have powder and on which days, and if you're in need of late-season powder (who isn't?!), keep your schedule flexible for a lot of the middle of next week.

Here is me and my family at Eldora enjoying the warm temperatures last weekend. Also, it was super fun to see all the other families and young kids out enjoying the snow and bluebird weather! 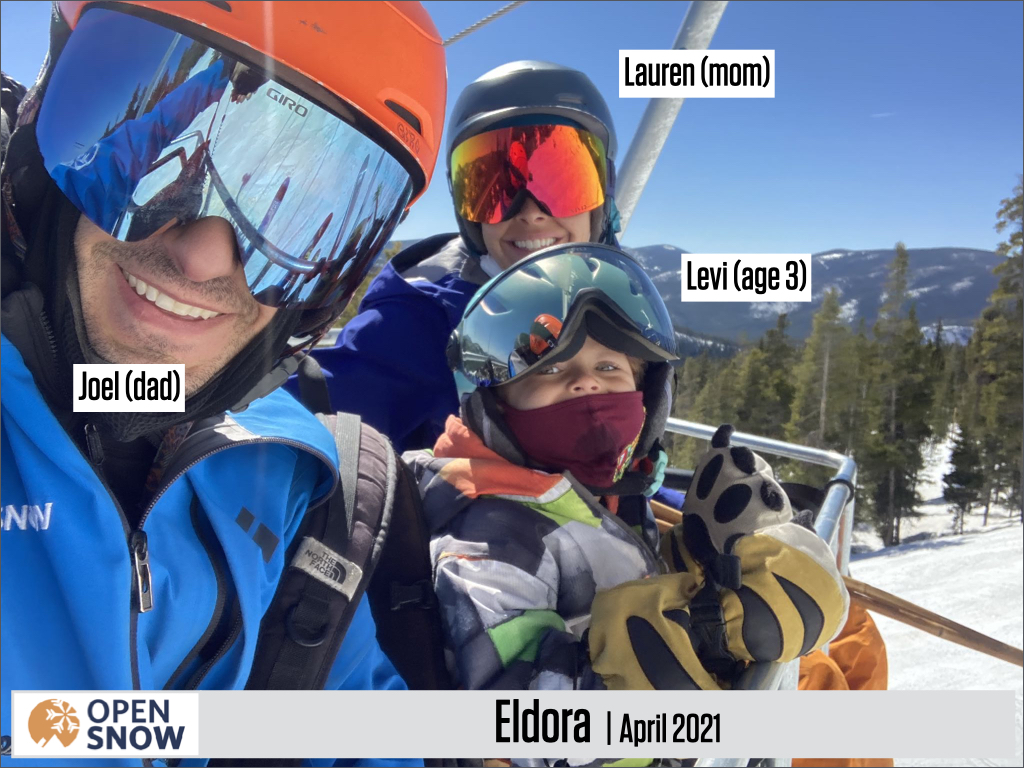 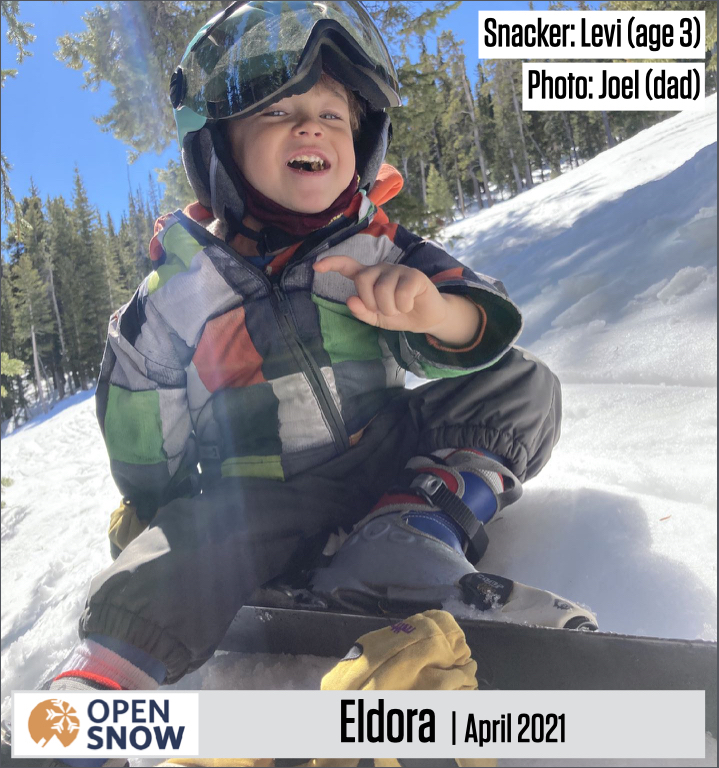