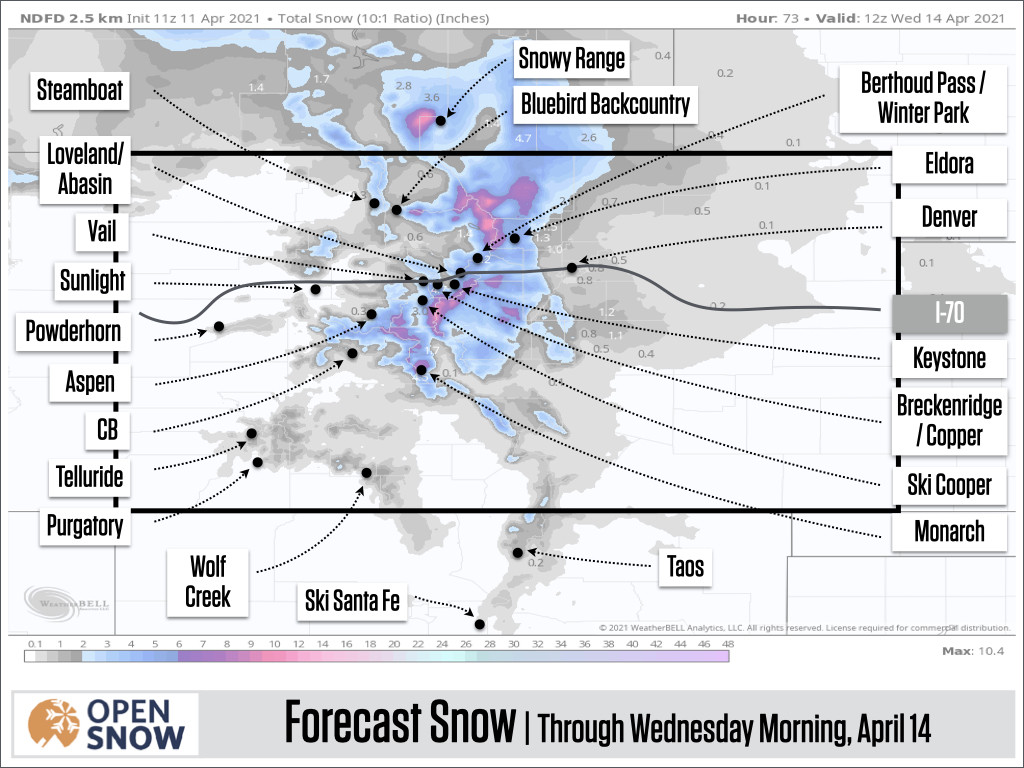 Sunday and Monday will be dry. The upcoming long-duration storm will affect our weather starting on Monday night and will continue for about one week. The first round of snow should be Tuesday into Wednesday with potential powder on Wednesday morning over the northeastern mountains. Beyond that, the forecast is still uncertain with multiple rounds of snow possible.

Saturday was a gorgeous day with sunny skies and temperatures that topped out between 35-45 degrees.

Sunday will bring more of the same with mostly sunny skies and high temperatures just on either side of 40 degrees for most mountains.

Monday will likely be the last fully dry day for a while. We'll see partly cloudy skies and temperatures once again rising to about 40 degrees.

From Monday night into Tuesday midday, the first round of snow showers will move across Colorado with scattered accumulations of a few inches.

Then from Tuesday midday through Wednesday morning, most models are in agreement that a more intense round of snow showers will focus on the northeastern mountains, with a decent probability for 5-10 inches of snow and powder on Wednesday morning. The best chances for the most snow look like they'll be at the higher elevations near and just to the east of the northern divide, around Cameron Pass, Rocky Mountain National Park, Eldora, Berthoud Pass, Winter Park, Loveland, and Arapahoe Basin. Places a little farther west, like Breckenridge, could be on the edge of the deeper snow. 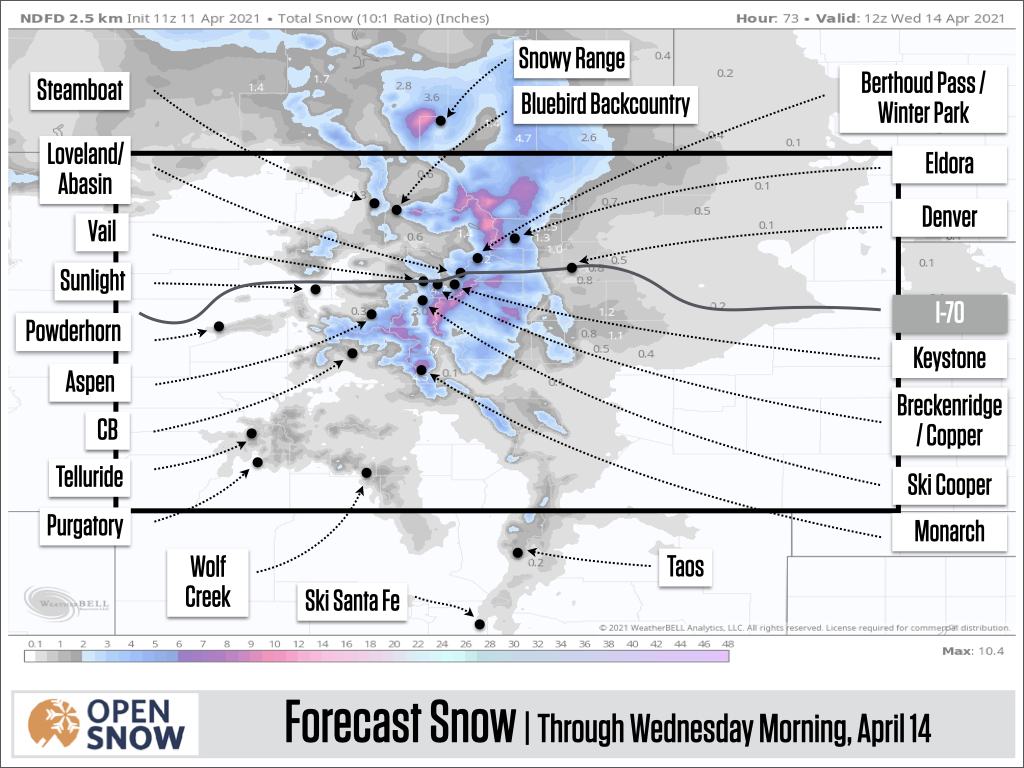 From Wednesday afternoon, April 14 through early the following week, there will be more rounds of snowfall, though there is little agreement among the models about the timing and amount of the snow.

Some models show rounds of snow every 24 hours or so with significant additional accumulations especially over the northeastern mountains, similar to what we should see on Tuesday night.

Other models show more of the snow and rain staying to our north and over the eastern plains.

For now, I'm going to leave the forecast beyond Wednesday as 'very uncertain' and we'll likely be able to fill in the details over the coming days (just like we have gained more confidence around the snow on Tuesday night when that part of the storm is now within three days).

Below, a fun powder day at Tucker Mountain at Copper from three seasons ago! 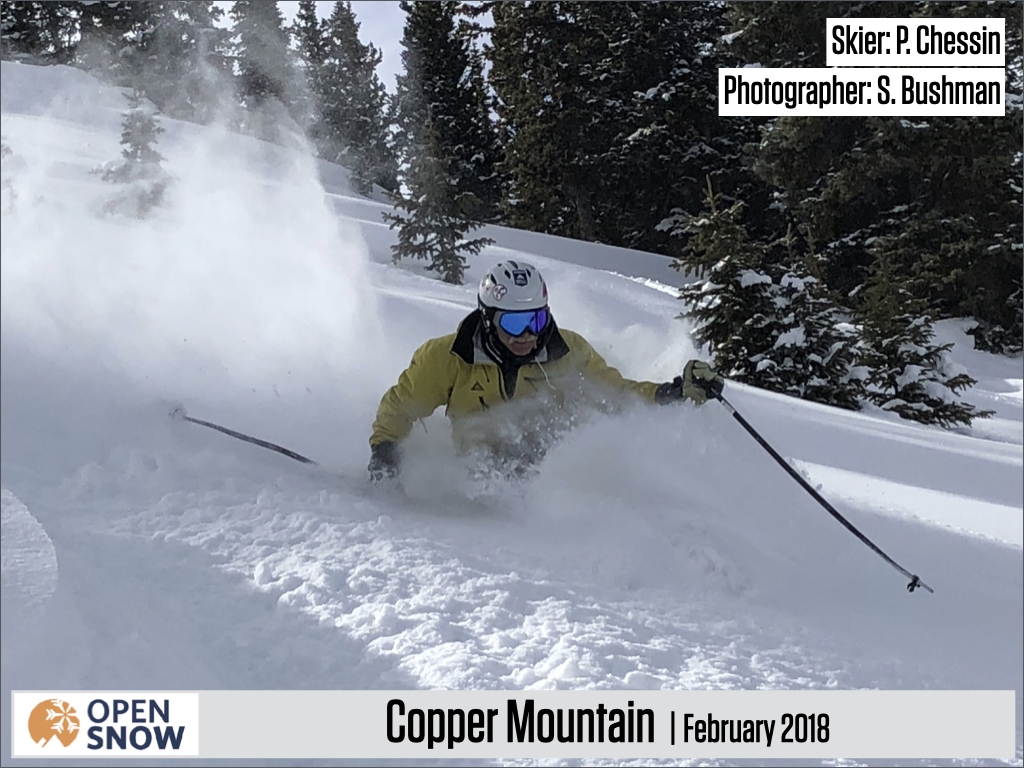