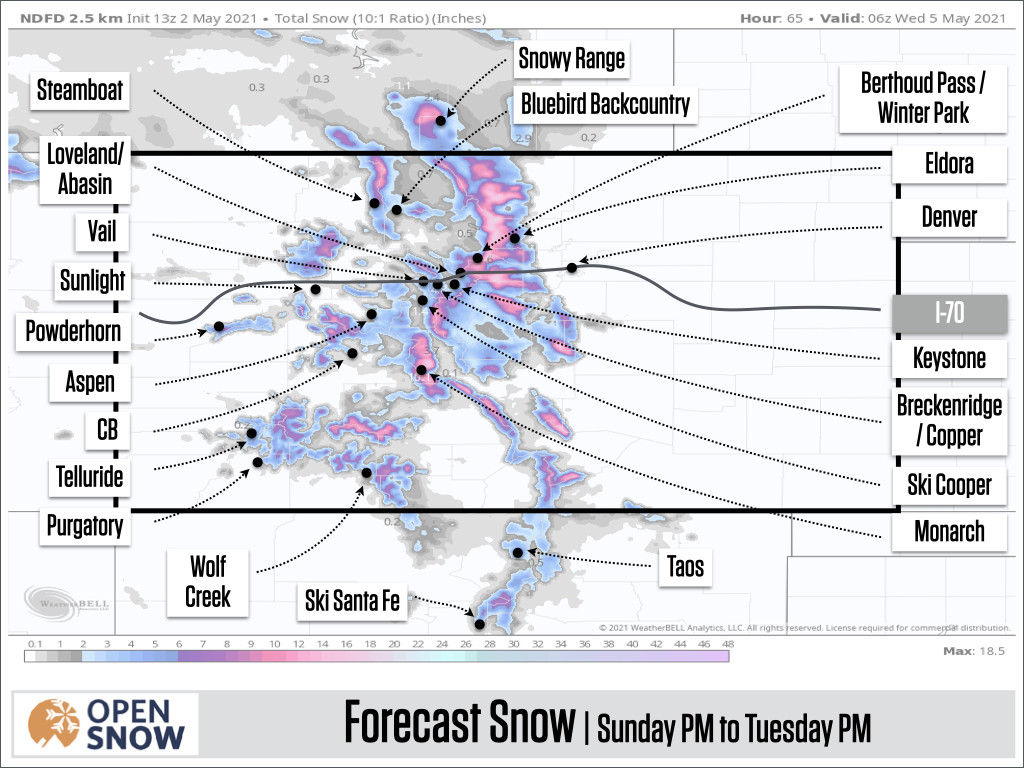 Sunday will deliver thunderstorms and showers mainly to the northern mountains. Our best chance for snow will be Sunday night through Monday night with 3-6 inches for most mountains and up to 10 inches for some spots. The best riding could be on Monday all day, Tuesday morning, and Wednesday morning. Another storm could bring snow from May 9-11.

Saturday was a warm and mostly dry day. A few sprinkles fell during the end of the day over the northern mountains.

Sunday will be a showery day with thunderstorms mainly across the northern and eastern mountains. As of 700am, there is already a line of thunderstorms moving through northwestern Colorado. Expect more showers and thunderstorms from late morning through Sunday evening. These storms will bring a chance for lightning and temperatures will be warm enough so that there will be rain but also some higher-elevation snow. 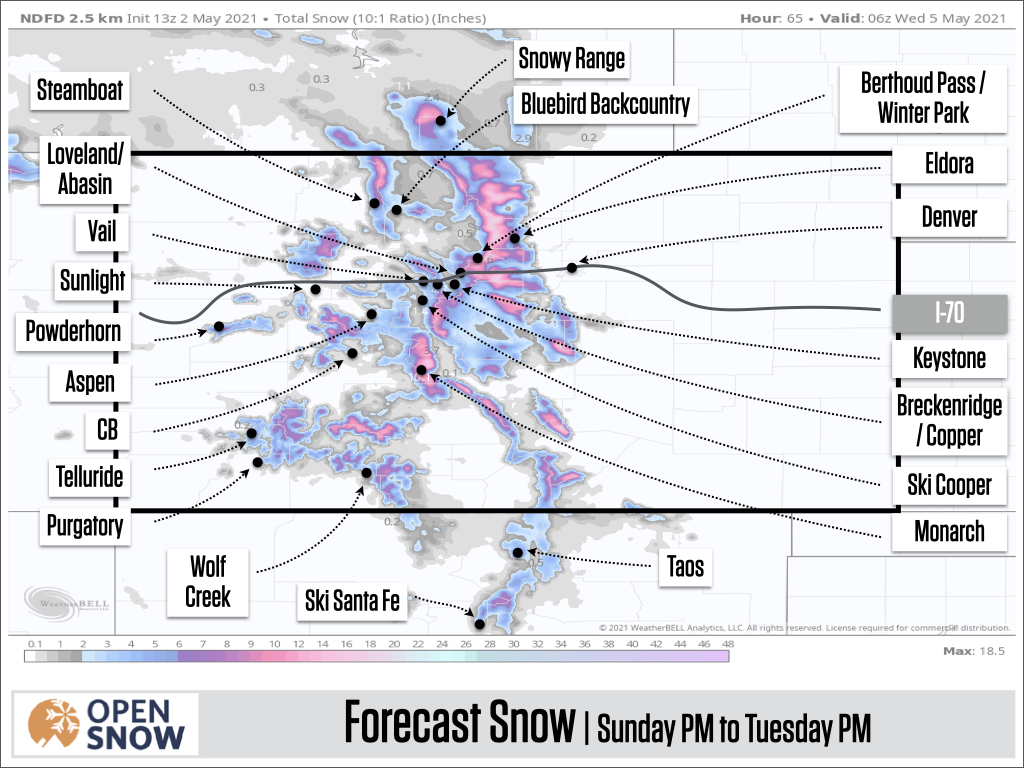 The multi-model snow forecast above shows a good chance for 3-6 inches at many mountains above 8,000 feet, and deeper totals of 10+ inches especially just east of the divide. Another spot to watch could be the northwestern San Juan mountains where a northwest wind behind the storm could crank up snow totals later on Monday into Monday night (there could be more snow there than is shown on the map above).

Tuesday morning should be dry, then from Tuesday midday through Tuesday night, another round of showers could bring a few inches of snow to the northern mountains and this could mean soft snow on Wednesday morning.

Next Wednesday, Thursday, Friday, and Saturday (May 5-8) should be dry and warm with on-mountain high temperatures in the 50s.

Then, as if the atmosphere is working in a perfect weekly cycle, we'll see our third early-week storm in three weeks with cooler temperatures and snow possible from Sunday, May 9 through about Tuesday, May 11. This storm will be a little warmer than our current system, so most snowfall could be near and above 10,000 feet. 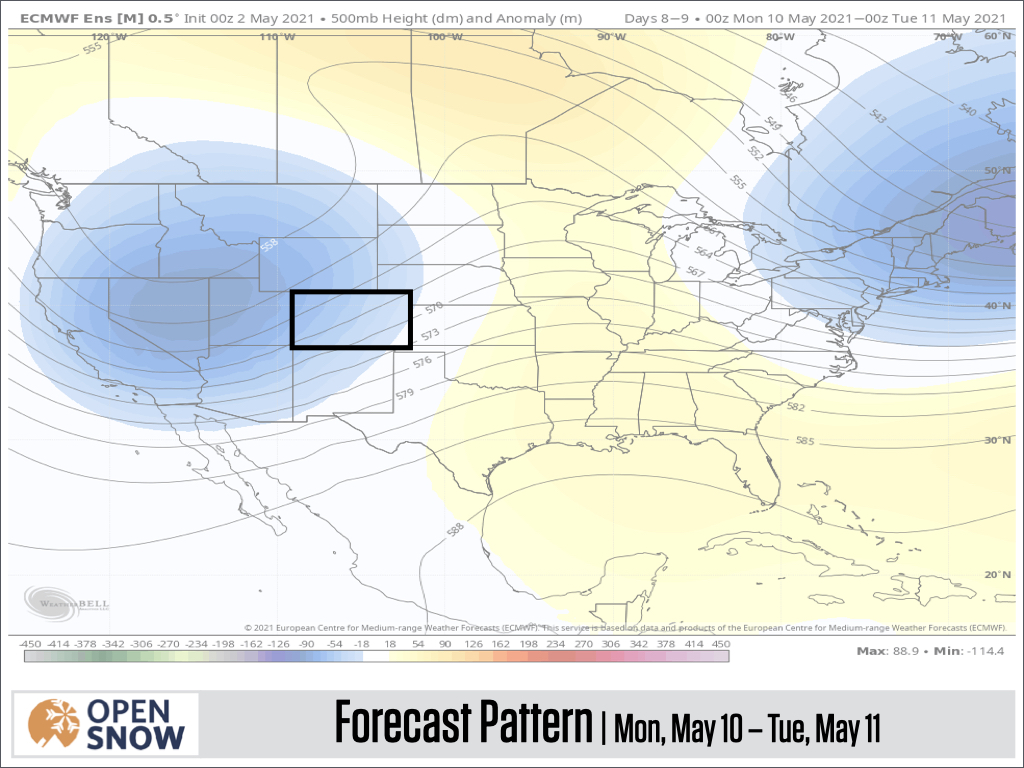 I'll write daily updates through Wednesday, May 5 and will then likely put the Colorado Daily Snow to bed for this season.

Finally, as we think about the transition to spring and summer...