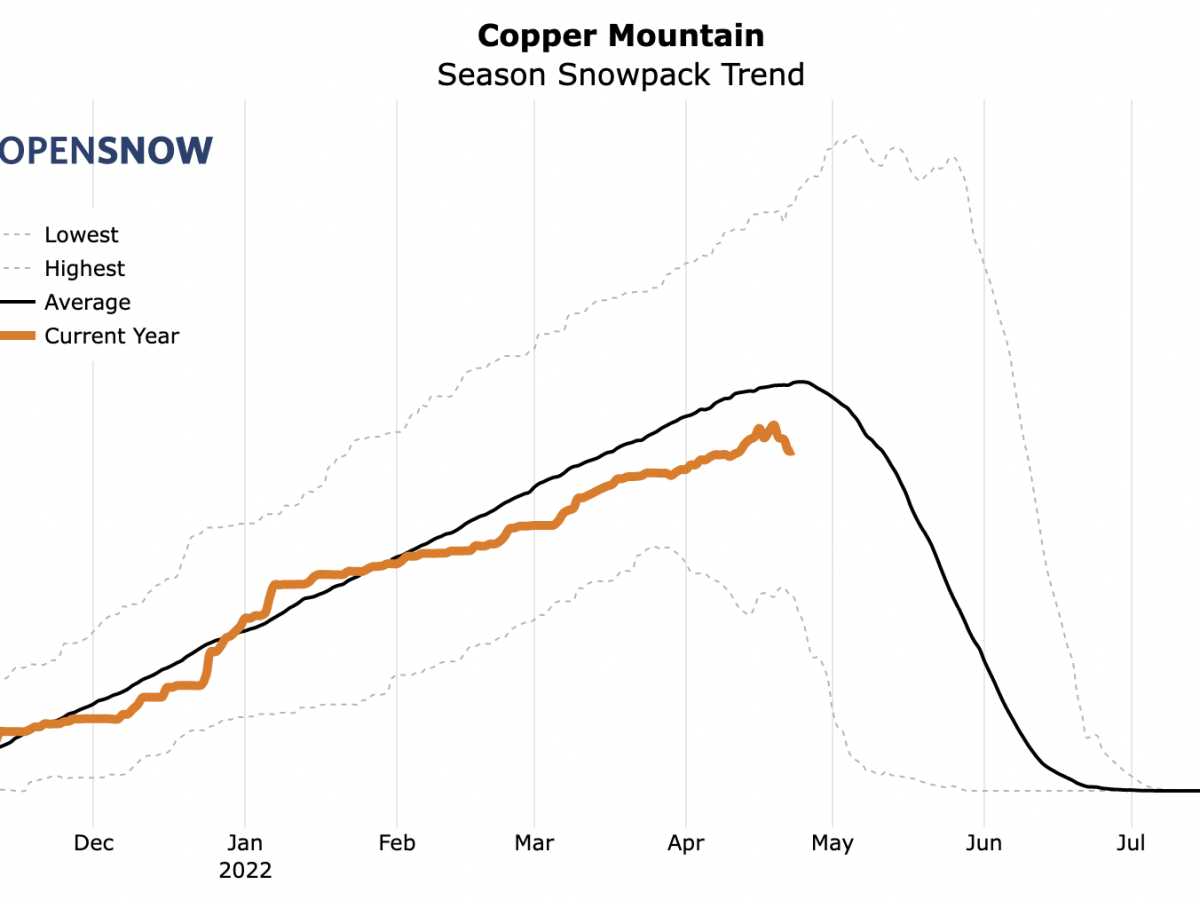 Thanks for reading this season, and best wishes for a wonderful spring, summer, and fall!

I appreciate your readership and support of the Copper Daily Snow!

This was a 'pretty good' season in terms of snowfall. We started the season with about average snowpack, dipped below average for most of December, then ramped up with a lot of snow at the end of December and into early January. After that, most of January and February lacked significant storms, but we saw somewhat more consistent snow in March, which extended into April and right to the end as we had powder on both days of closing weekend. 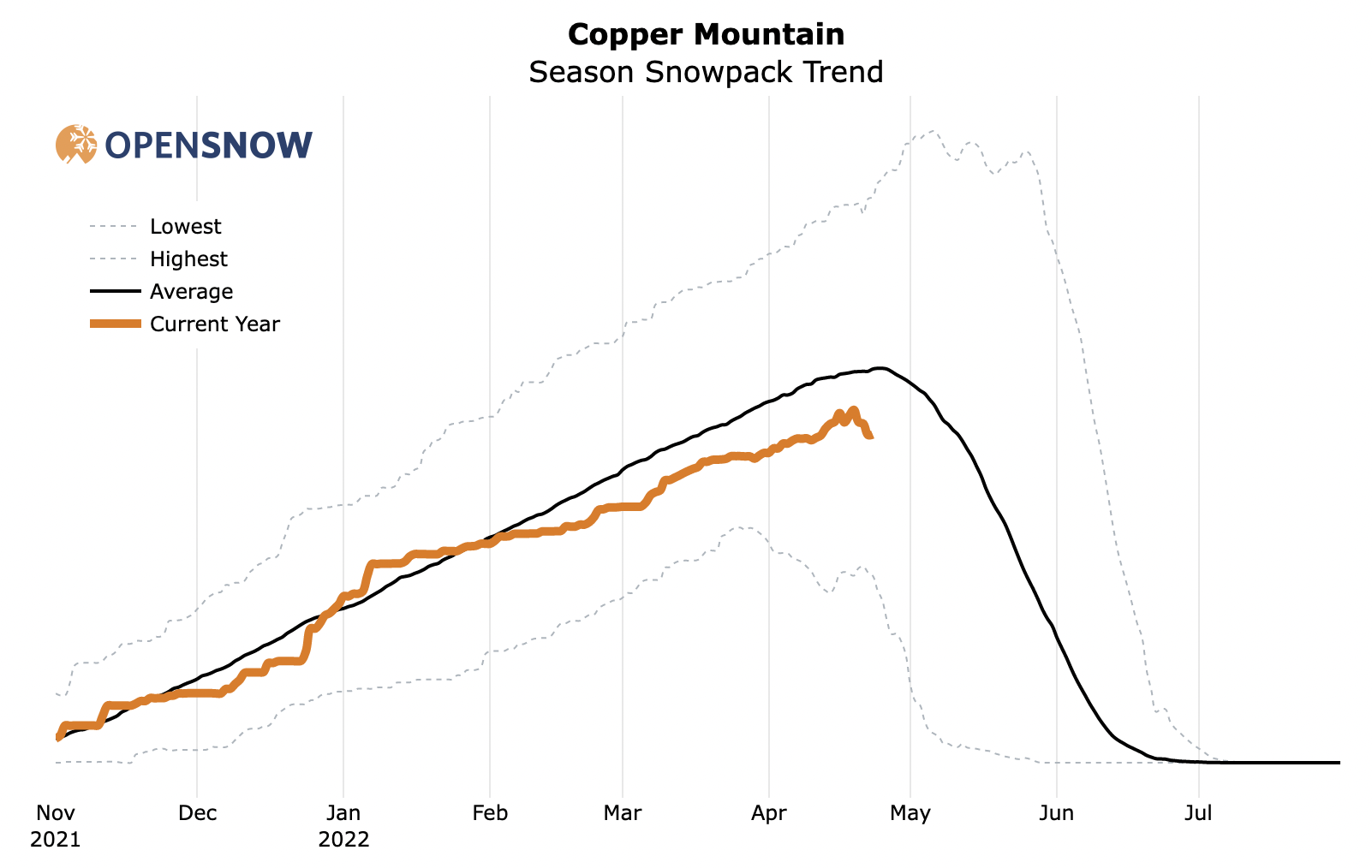 I hope that you have a wonderful spring, summer, and fall, and again, thanks for reading the Copper Daily Snow this season!

Previous Daily Snow 3 weeks ago
No need to refresh! As an All-Access subscriber, receive the daily snow by email.