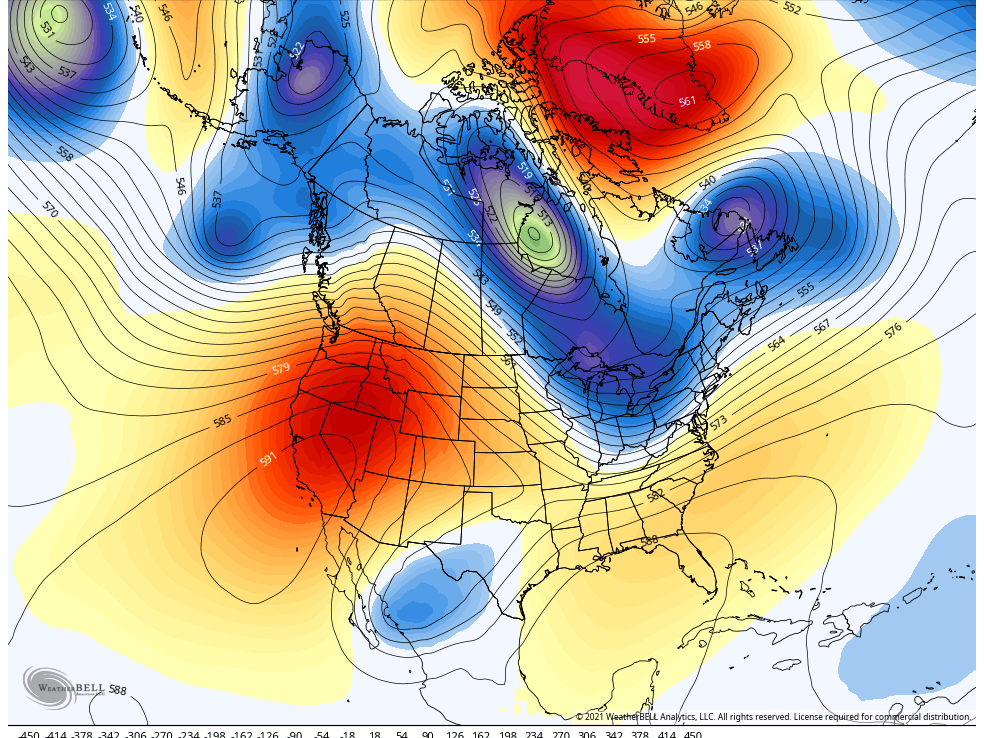 Sunny and mild weather is here. We warm up Thursday into Friday and cool back down slightly over the weekend. The pattern looks to remain dry for the next week. 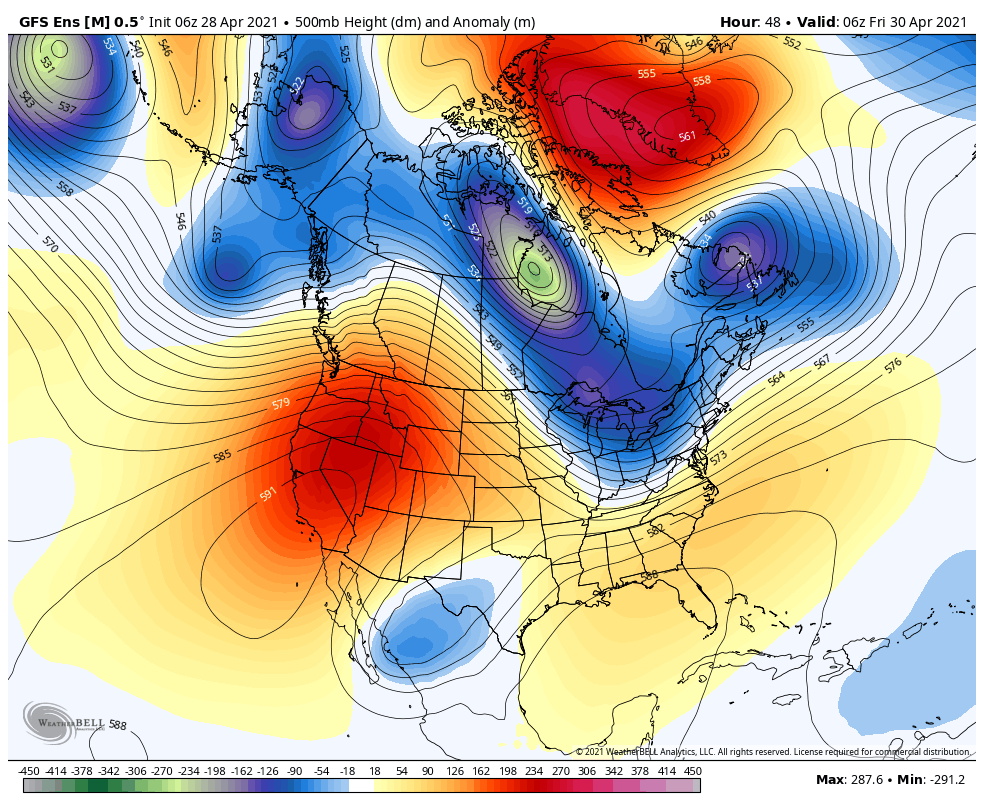 The ridge weakens and shifts east as a weaker ridge builds in off the coast and a touch digs into the West by Sunday into next week. 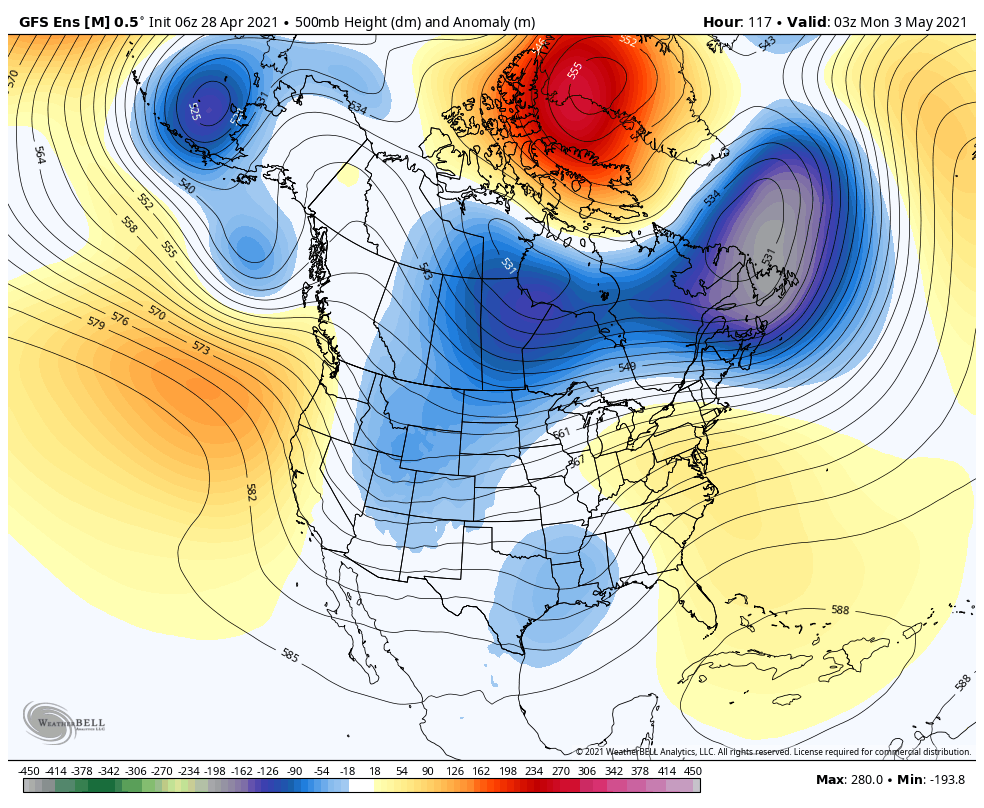 That will start to cool us down slightly over the weekend and into next week. Highs back into the 50s on the mountains and 60s at lake level. It looks to remain dry through at least next Thursday. 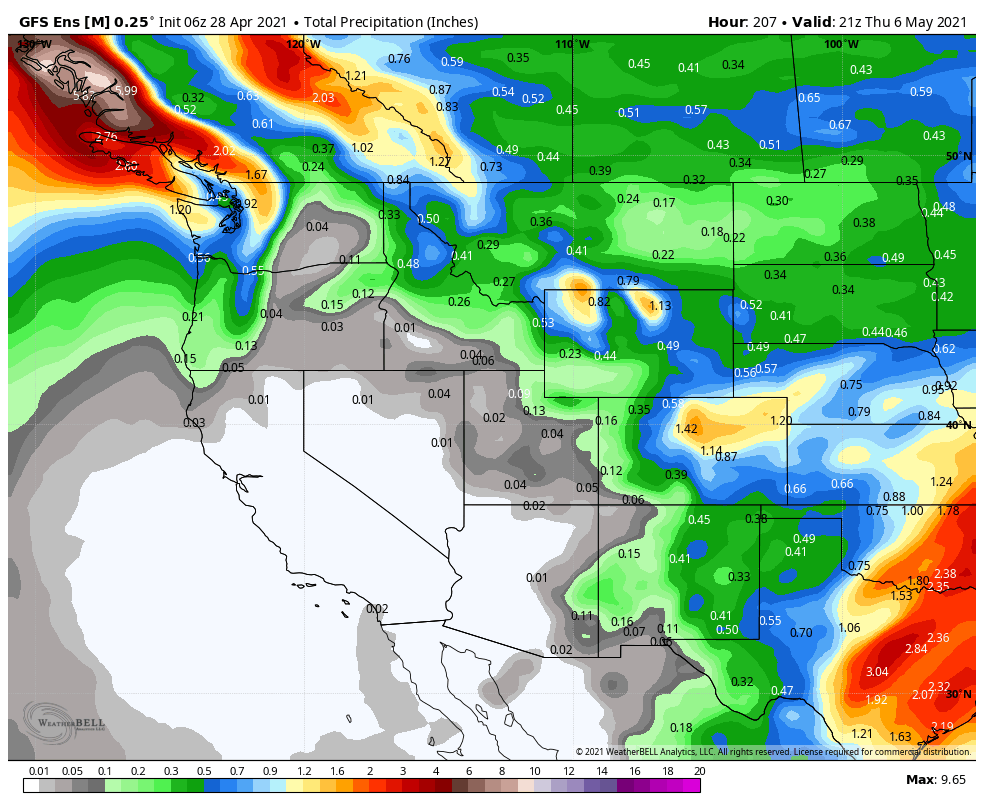 Several models suggest a storm moving into the Pacific NW around the 7th-8th that could dig far enough south for some precipitation into northern CA. 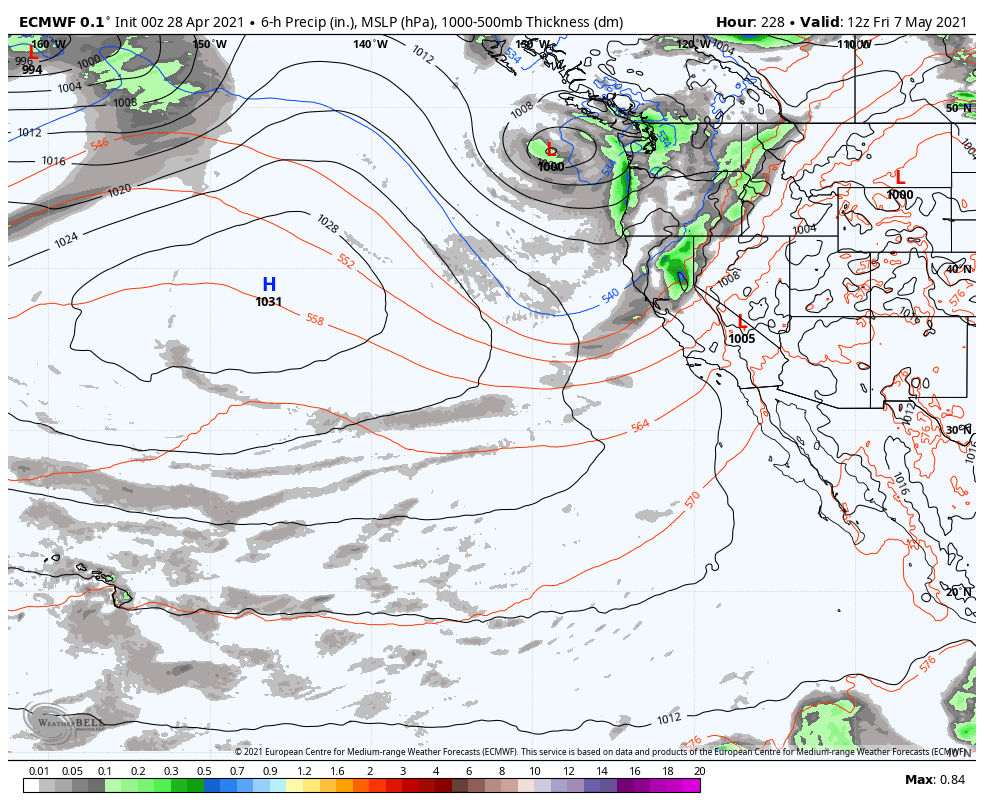 The long-range ensemble mean models show light precipitation possible for the 2nd week of May due to the possible system. 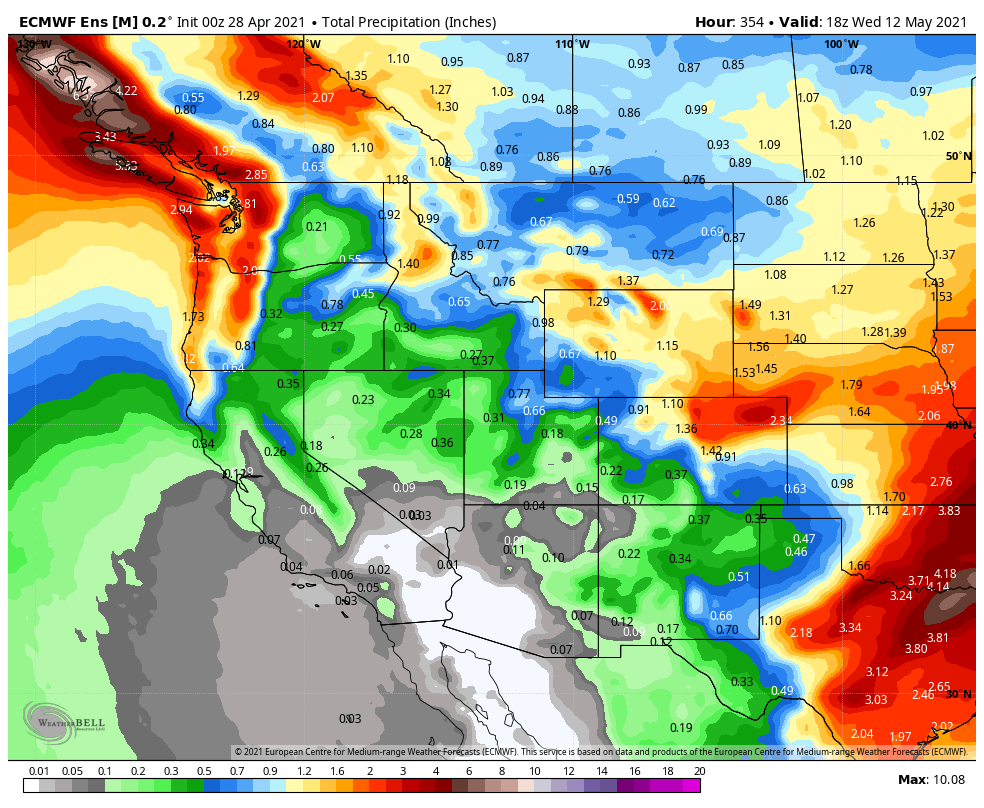 We will keep an eye on that over the next week...

Squaw and Mammoth are still open and could sneak in some accumulating snow in May, but the season is done for the most part. Here are the reported totals by the ski resorts. Some are spotty for April. 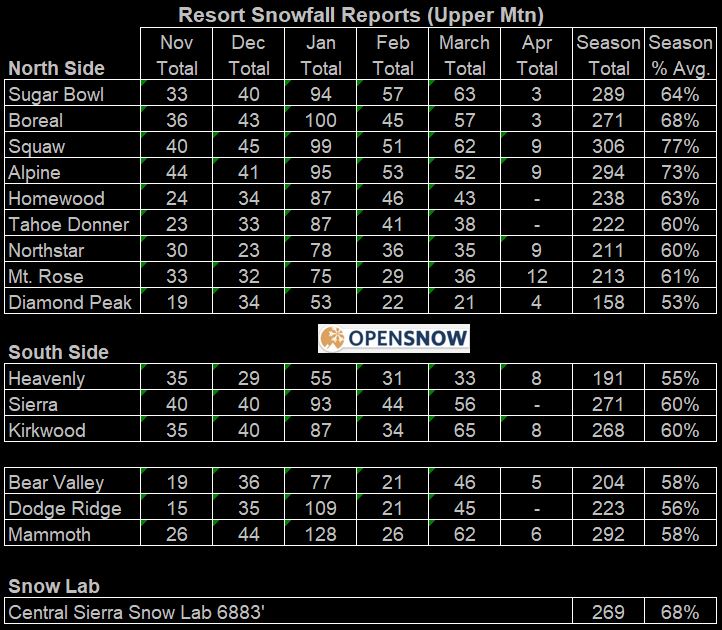 The mountains farthest north and west did the best this season with up to 70+% of average snowfall. The official numbers from the Central Sierra Snow Lab in Soda Springs near Donner Summit is 68% of the 70-year average. We could still add to that % as the snow year for them goes through 9/30.

Overall around 60% of average snowfall for the south side of the lake and 60-70% on the north side. Anything below 80% we consider well below average. It was a cold winter with most storms having snow to lake level and higher than average snow:water ratios. That is why snowfall at the CSSL is close to 70% average while total precip is only at 55% of average. 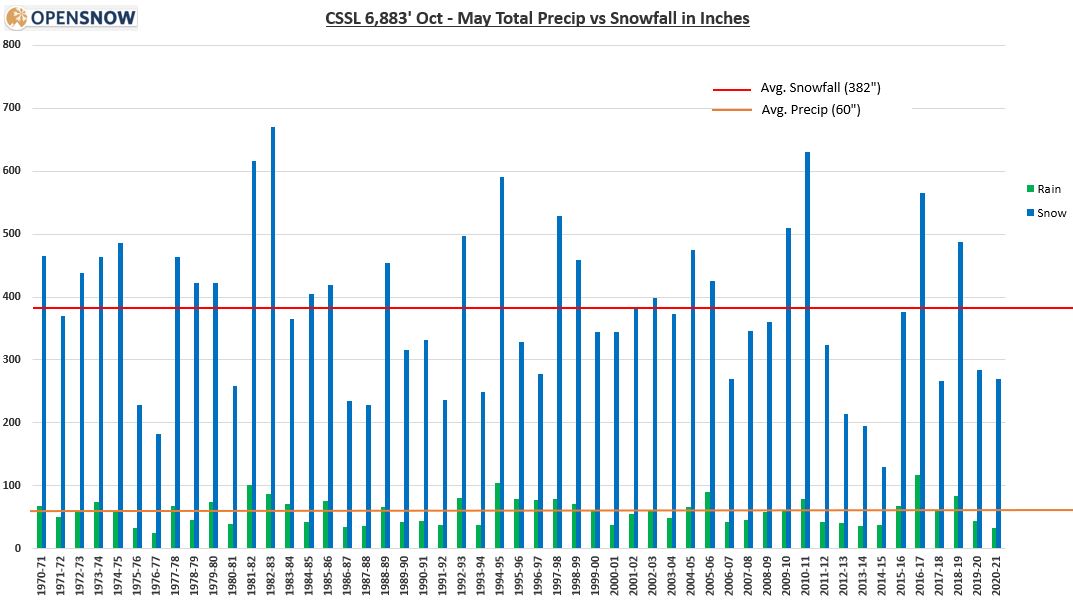 It is also why even with the meager snowfall amounts, the April 1st snowpack was around 80% of average at the CSSL, higher than the total snowfall at 70% of average.

So thanks to cold storms this season in the La Nina pattern, we saw only 55% of average precip that brought 70% of average snowfall and an 80% of average snowpack by April 1st at the CSSL. That is why the skiing and snow coverage felt better than the numbers suggested it should have this winter.

But the bad news is that the precip was very low again this year and that is 2 years in a row, so we are worsening the drought conditions going into the summer months. 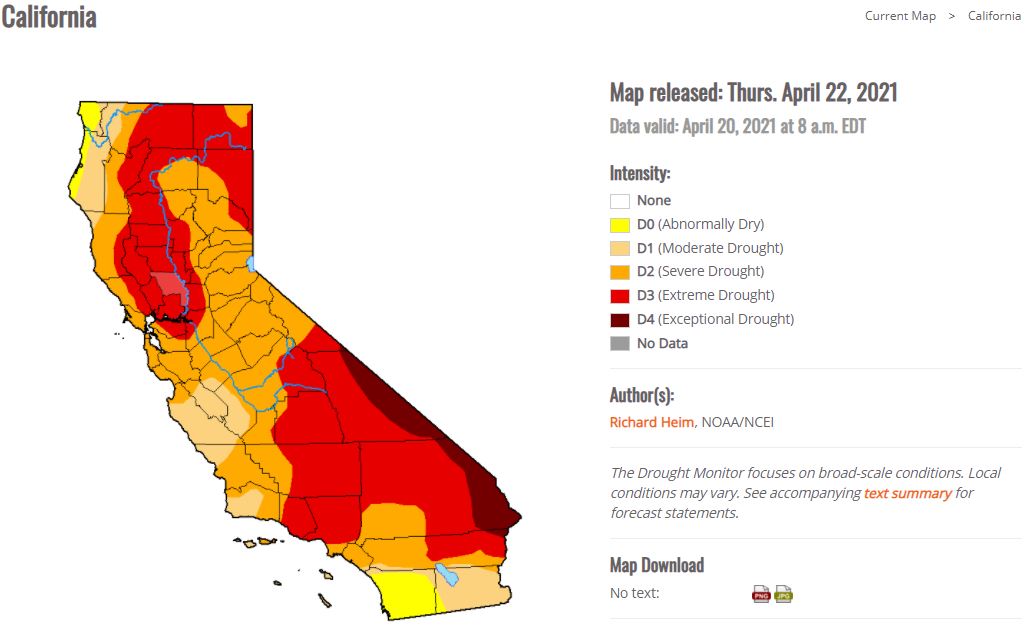 We need a return of wet seasons next year... I'll likely be switching to weekly posts for the summer unless any late-season storms show up. I'll have more stats and graphs and we will look at the weekly forecasts through the summer months.

P.S. Be sure to use the OpenSummit site and app for your summer mountain weather needs! Send us a note if there is a location you want to be added.