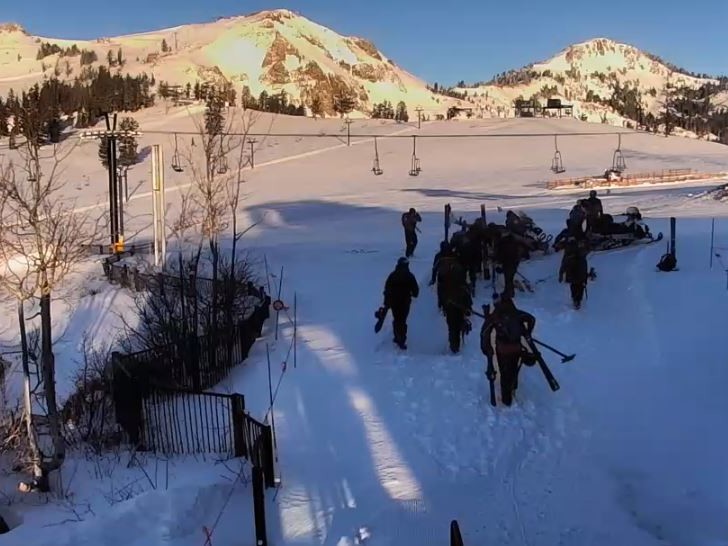 Clearing and cold for Monday with a few scattered snow showers possible. A chilly start Tuesday but drier and warming through the end of the week. Today may be the last call for any fresh tracks this season.

We saw snow showers Sunday into Sunday night along with gusty winds as we were expecting. The snow only stuck to snow already on the ground for most locations during the day. Then started to accumulate on other surfaces during the evening.

The final forecast from Saturday morning for the storm was for 0-5 inches at lake level and 1-9 inches on the mountains. It looks like that is what we saw from this storm. We had reports of a dusting up to a few inches by readers at lake level with the highest amounts on the west side of the lake. Squaw is reporting 4 inches at the base and Alpine 5 inches. 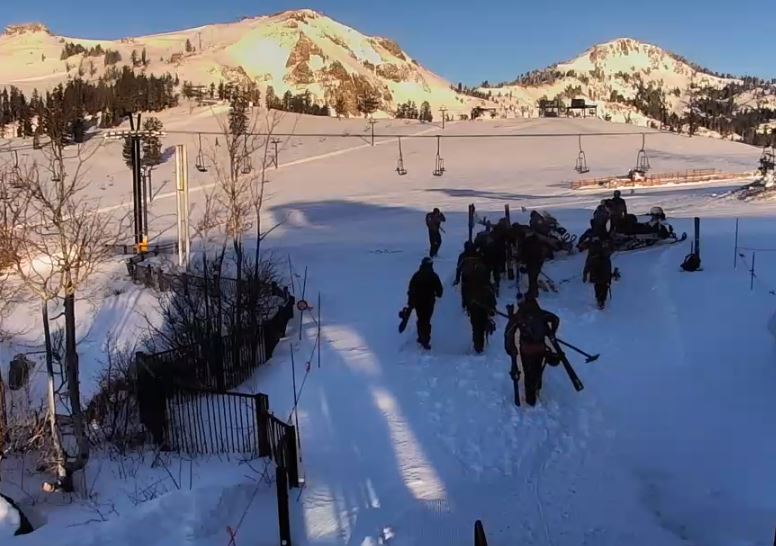 For the mountains, we only have Squaw/Alpine open and reporting. They are reporting 6 inches of new snow on the upper mountain. Our backcountry snowfall estimator is reporting up to 8 inches of snow that possibly fell on the peaks SW of the lake around Carson Pass.

So overall it looks like what we were expecting. Reports of 0-5 inches below 7000 ft. and 1-8 inches above 7000 ft. I don't know that there is a point in posting the "keep me honest forecaster variance report" today, but here is the final one of the season for the ski resorts still open.

Today is likely the last call for any possible fresh tracks at Squaw and Mammoth. I'll go over the Mammoth report in the Mammoth Daily Snow, but they picked up 3-4 inches of fresh snow. Temperatures only in the teens this morning and it was wind Sunday, so there may be bare spots with ice and pockets of fresh snow with hard snow underneath. We could have used a lot more snow like the models were showing earlier in the week...

It will be cold for Monday with highs only in the 30s and a little breezy up high, but the strong winds are done. We will see the sun in the morning with some clouds popping during the afternoon. We could see a few snow showers pop up around the area as well through the afternoon.

Tuesday is still cool with highs in the 40s with sunny skies. Then high pressure continues to build over CA through the end of the week with the dry weather continuing. 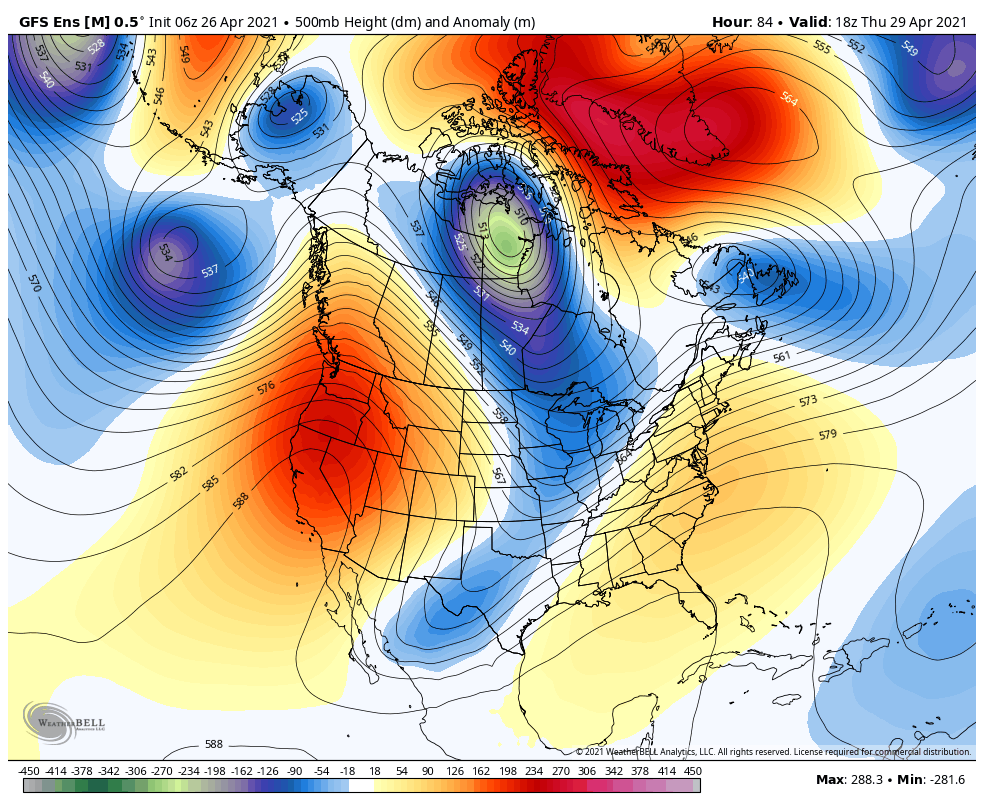 Highs will be above average by the end of the week. Highs by Wednesday will be in the 50s on the upper mountains and 60s at lake level, and then near 70 degrees at lake level by Thursday & Friday! 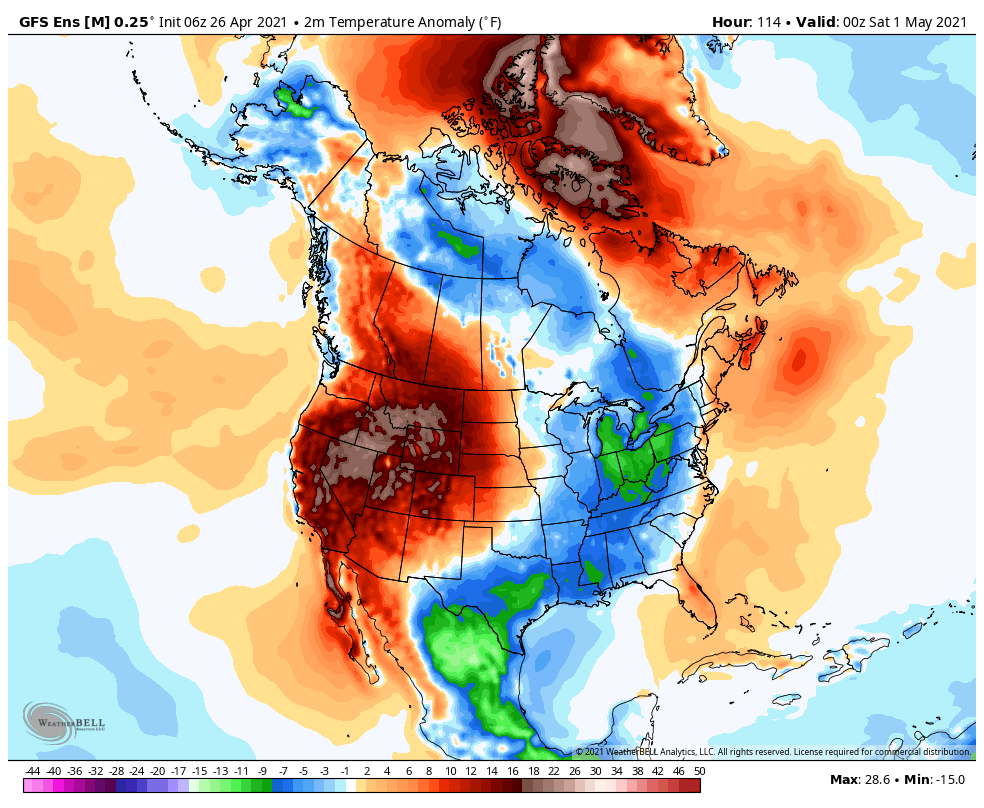 Over the weekend we will see the ridge shift just off the coast with a trough digging into the West. That will likely bring some breezy winds and a slight cooldown. Highs dropping into the 60s for lake level and 50s for the upper mountains. 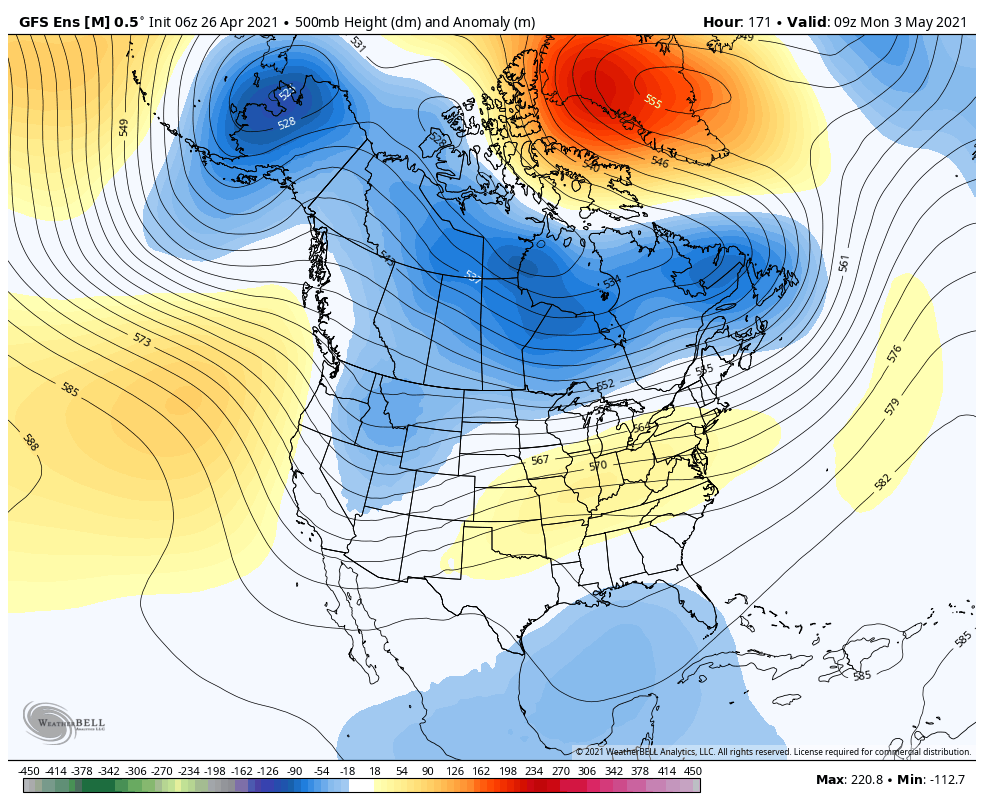 Another trough could dig into the West Coast by the end of next week. That will likely keep temperatures seasonal and prevent any big warm-ups like the one we will see later this week. 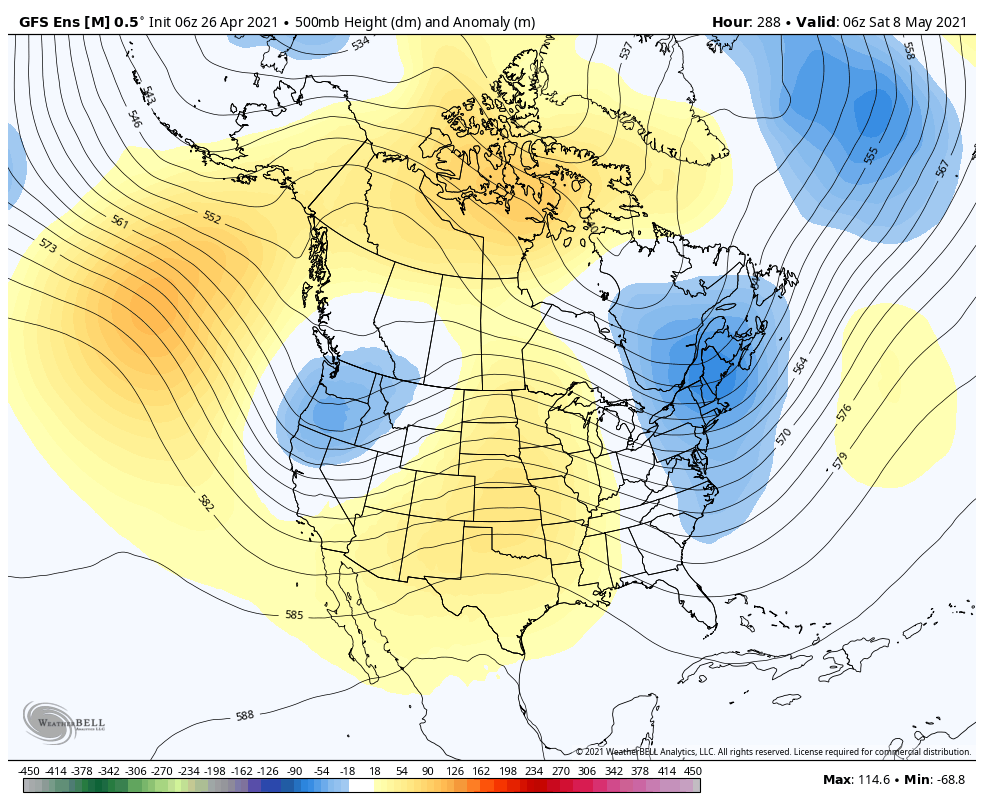 Overall expecting a fairly dry pattern going forward. We could see weak systems try to drop into the troughs, but they would likely only bring enough moisture for the possibility of a few afternoon showers to pop up.

We will keep an eye on the forecast just in case any late-season storms pop up. We will be watching to see how long Squaw/Alpine can stay open after getting what is likely the final helping of fresh snow today. It's going to be pretty warm by late week helping to accelerate melting. I'm headed out for some last fresh tracks this morning...

P.S. Be sure to be using the OpenSummit app for your summer mountain weather and smoke maps. We will be adding new features as well! I'll bee posting more sporadically through the off-season, but I'll have more stats and graphs from the season out soon.