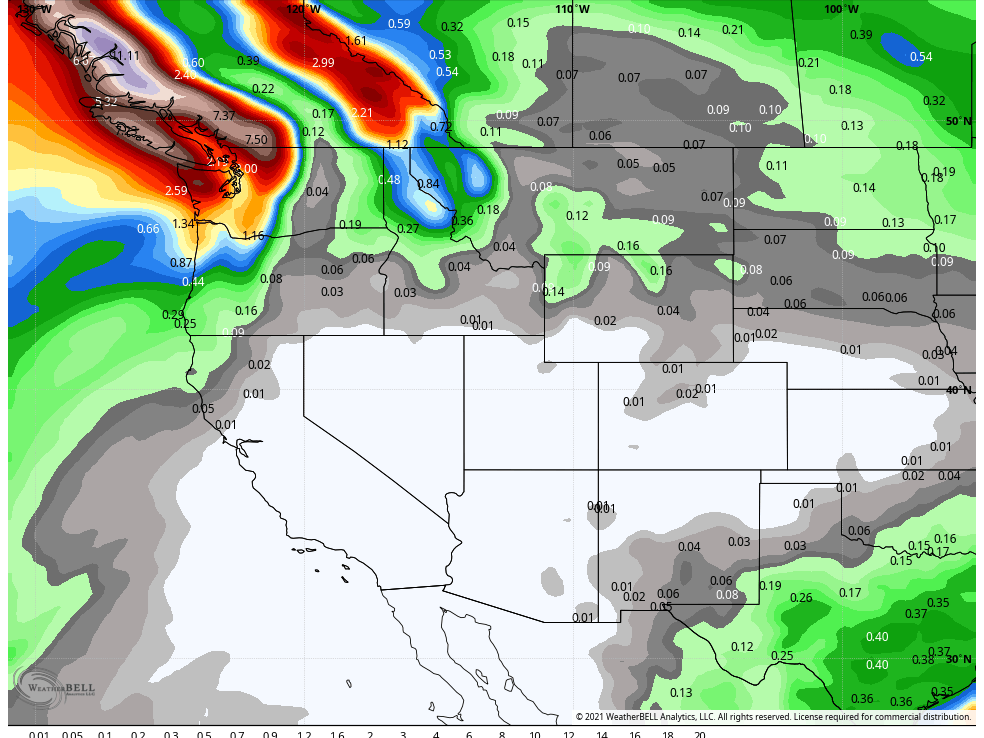 The dry and mild pattern will continue through the end of the week with a strong ridge over the region. 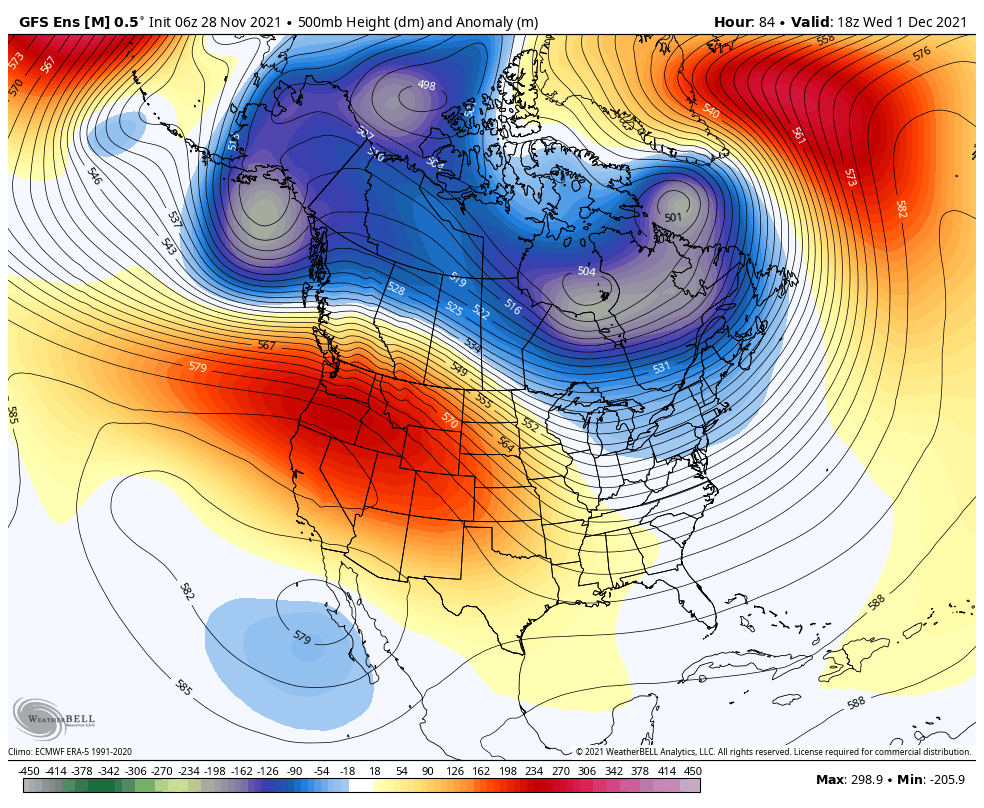 Expect sunny skies, light winds, and highs near 60 at lake level and 50s for the upper mountains. Overnight inversions may keep lows above freezing on the mountains limiting any snowmaking.

The strong ridge may start to weaken next weekend but could be replaced by a weaker ridge later in the weekend into the week of the 6th. We could see a slight cool down during this period but the dry pattern is expected to continue through the 1st week of December. 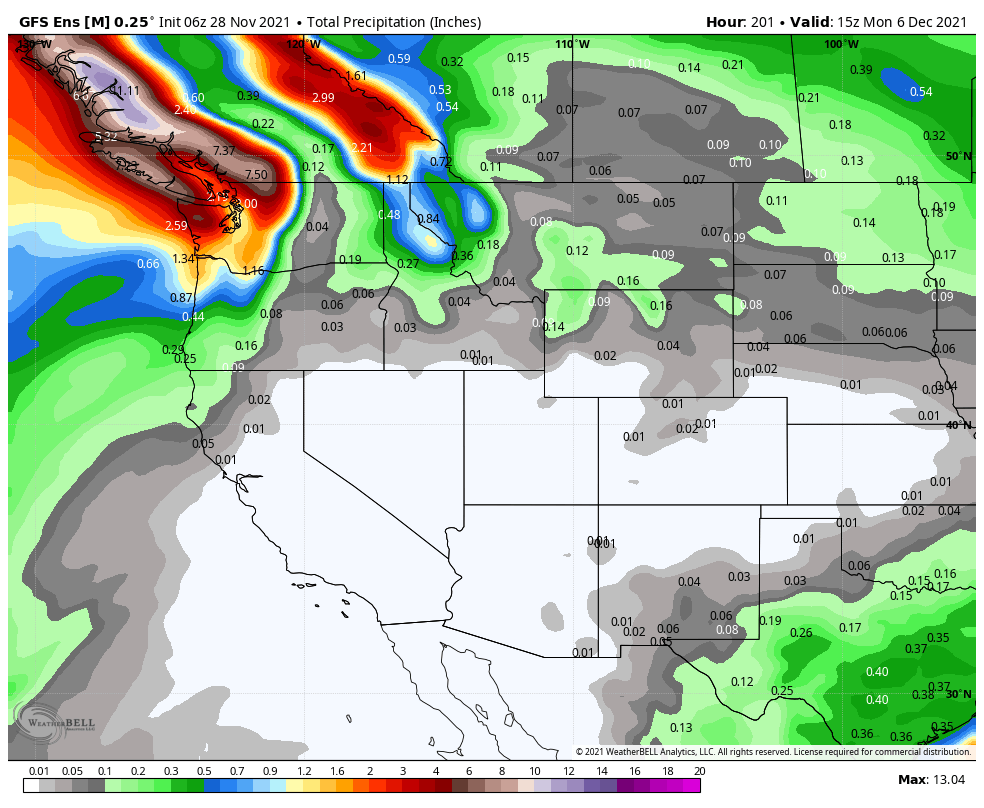 We are still living out in the fantasy range. There have been conflicting teleconnection signals and the long-range models continue to kick the can down the road. Initially 4 days ago, they suggested a trough would dig into the West coast around the 5th-6th, then 2 days ago it was bumped out to the 7th-8th, and now they have pushed it out to the 9th-10th. 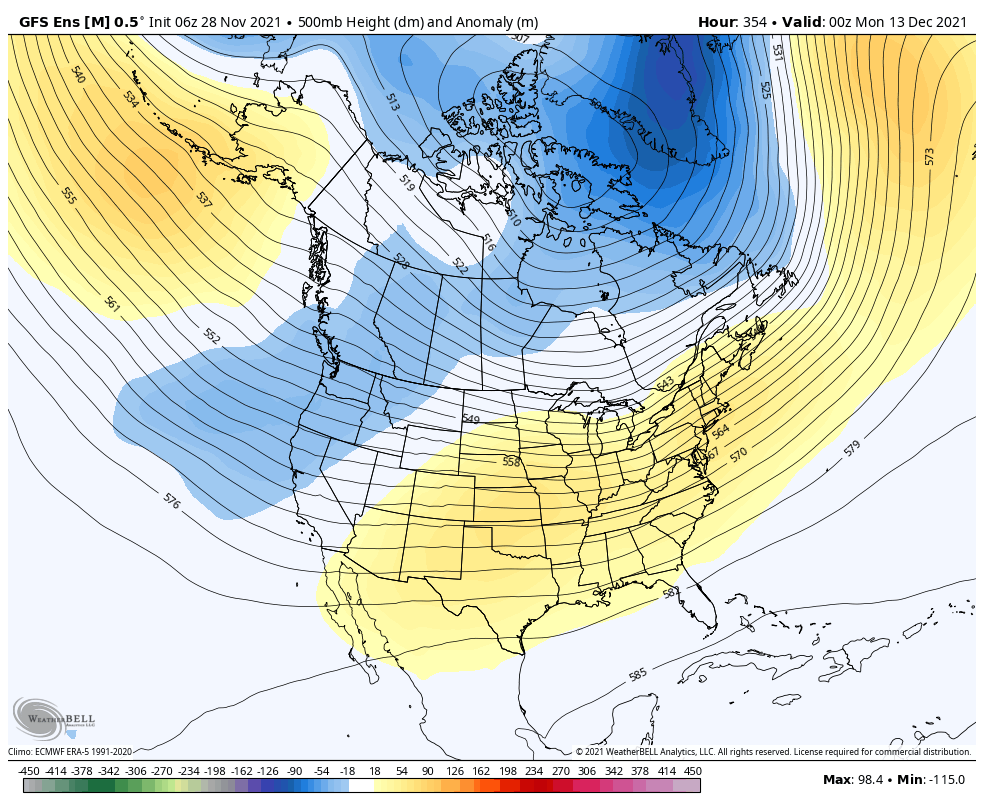 The trough is forecast to stick around through the end of the 2nd week of December once it does dig in. But no confidence still in a pattern change. That is why we have beyond 10 days titled "fantasy" range, and I've been poo-pooing any long-range changes so you don't get your hopes up until we get some solid signals on a pattern change into the 10-day window.

For now, we are stuck in a holding pattern until we get any confidence in a change. Until then, the cold and snow is stuck in the Northeast and far northern Rockies. Evan & I go through this and who is open so far in yesterday's The Flakes podcast below.

I wish I had better news. The poor to non-existent snowmaking conditions at night is just adding insult to injury. We went from the wettest October on record to one of the driest Novembers, and December is not starting off any better. I'll have a full analysis on November in a few days, and hopefully some better news...

A new episode of The Flakes Podcast is out!